Friday, February 18, 2022: Today on The Bold and the Beautiful, Liam works to reassure a worried Hope, Thomas and Brooke have it out, and Taylor gives Ridge some hard truths. 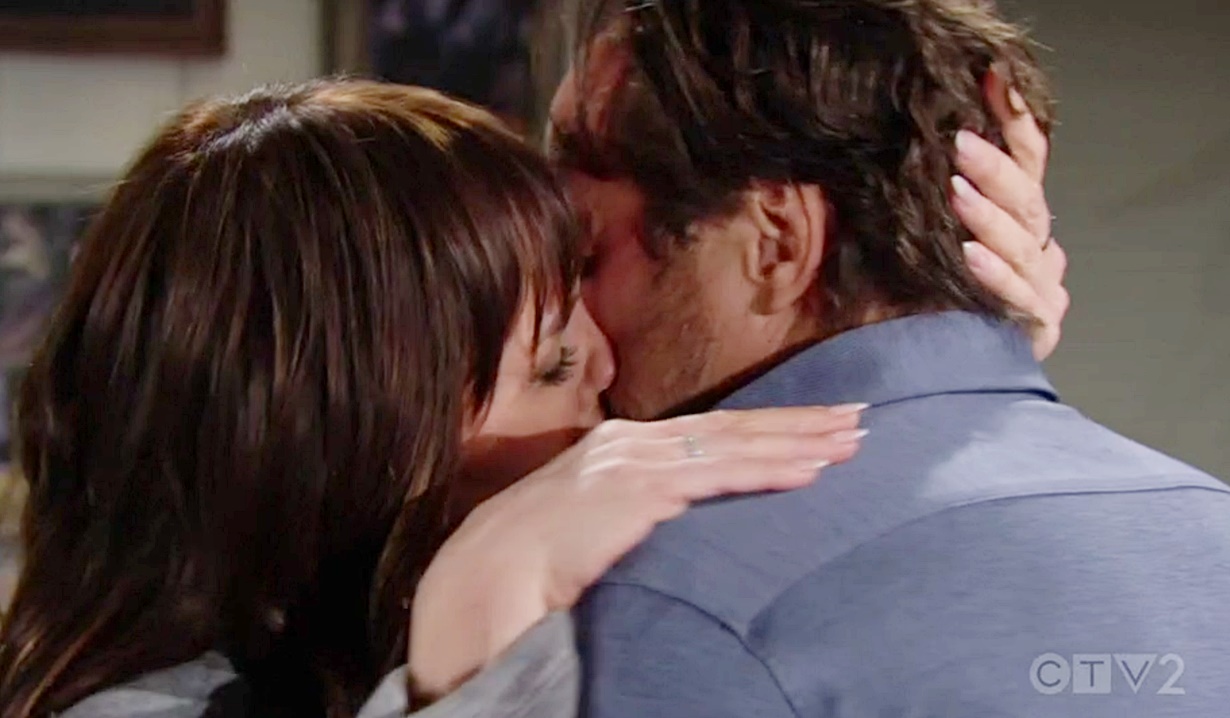 At the cliff house, Steffy informs Ridge that he should see what’s happening with Brooke as an opportunity. “Mom is back.” She encourages her dad to make a life with her mother.

At Brooke’s place, Hope tells Liam that Ridge better be at the cliff house. The sooner he and her mother work through their issues, the better. Liam hopes Brooke knows what she’s doing. Hope worries it already seems like they’re splitting up. Liam works to reassure her. Hope hates that Ridge thinks that her dad came up with an evil plan to get her mom drunk. Liam can’t really blame him. He reflects on Brooke defending Deacon — Ridge can’t handle that, and that’s why they’re at this point. Hope still can’t understand why her mother took a drink that night. 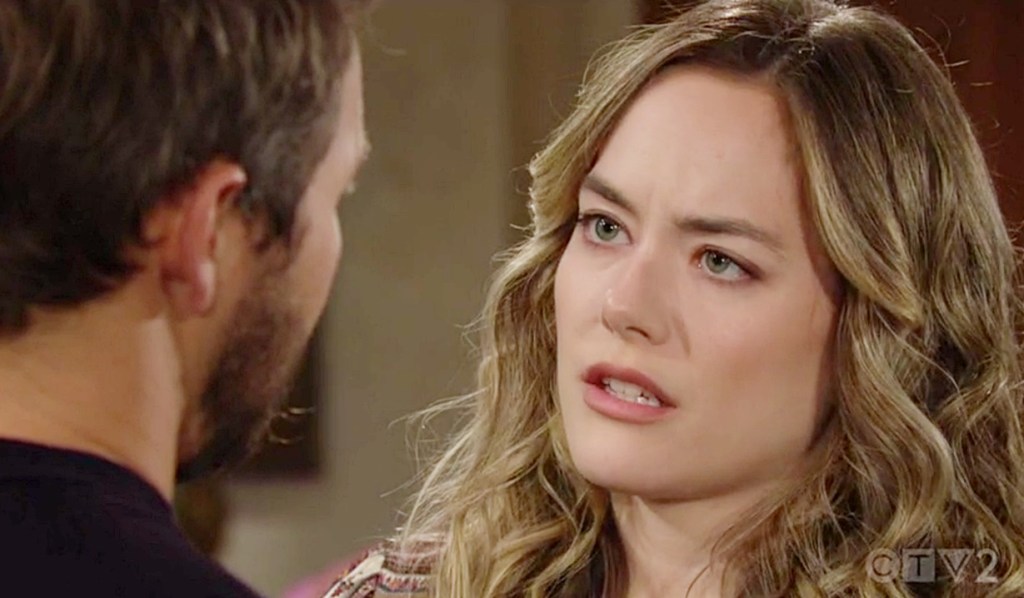 Outside the cliff house, Brooke and Thomas spar verbally about her night with Deacon. Brooke protests that she can’t understand why she even took a drink in the first place. Thomas questions if it really matters why she drank. He’s not letting her see his father. Brooke huffs, “Fine. Then he can come out. He’s going to want to talk.” She calls Ridge’s cellphone, and it rings in Thomas’ pocket.
She gawps. Thomas tells her to turn around and leave. Brooke protests, but he urges her to save her excuses for the next guy — his father’s future is with his mother. 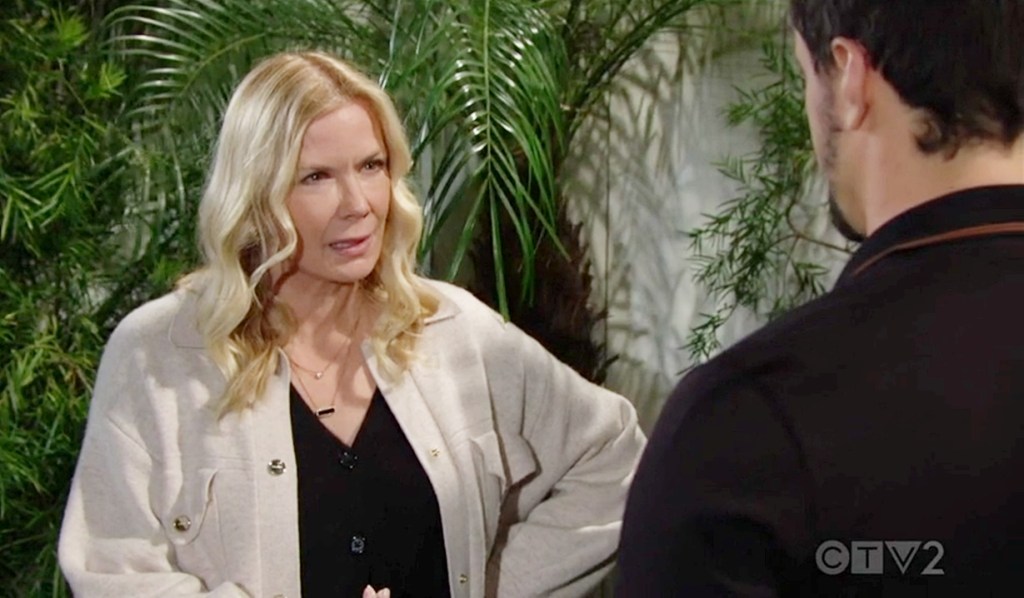 Inside the cliff house, Taylor doesn’t want Ridge to be overwhelmed; the situation is complicated enough. Steffy says, “And that right there, mom, is the reason you’re the woman for him.” Brooke would never put him first like that. Steffy pleads with her father to tell her that he’s opened his eyes. His future is right in front of him. 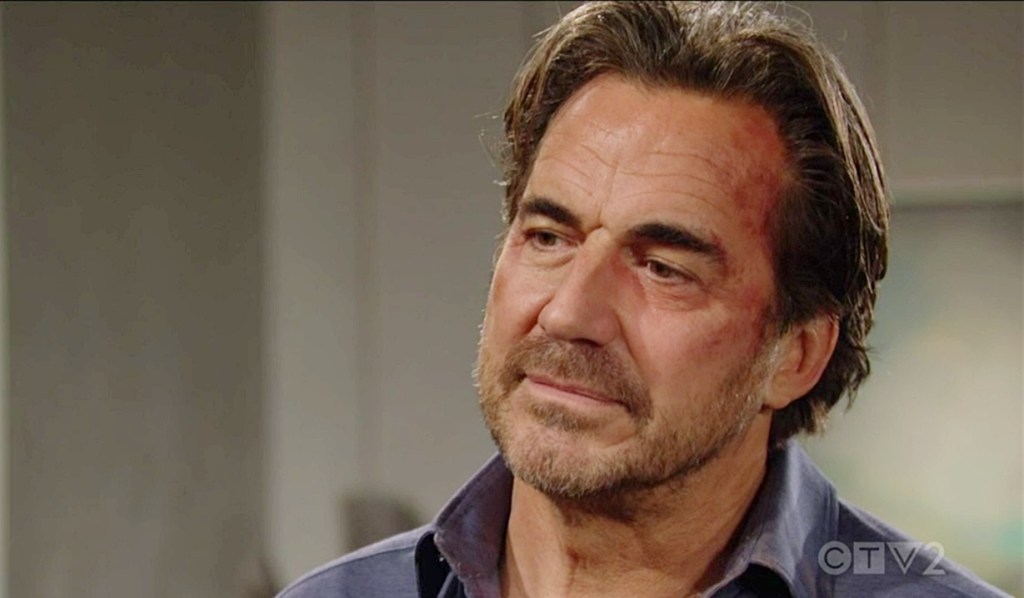 Steffy encourages her parents to have a conversation and then walks out the patio doors in the kitchen. Taylor assures Ridge there’s no pressure. She just wants what’s best for him. “And you’re the only one who knows what that is.”

At Il Giardino, Deacon is still upset that Ridge thinks he targeted Brooke. “She picked up that damn bottle all by herself.” Sheila smiles inwardly, and then scoffs that Brooke would know if he’d put something in her drink. Deacon feels Ridge is blinded by his hatred. “I mean, spike an alcoholic’s drink? Who would do that?” Sheila muses, “Who indeed?” as she flashes to changing the champagne labels. She can’t see Brooke and Ridge lasting much longer and thinks it might be the end of an era. Deacon will be there for her, whatever she needs. Sheila bet he will… and if for some reason she turns him down, she’ll give him something that Brooke never could. Deacon bats her hand away as she reaches for his face.

Outside the cliff house, Thomas and Brooke continue to go at it. Brooke hollers, “Okay, fine I’m a horrible person and don’t deserve Ridge.” The fact is, they love each other. Thomas bars her way as she tries to approach the door again. Brooke narrows her eyes and warns she will never give up on Ridge. “Never.”

Inside the cliff house, Ridge asks Taylor for her honest opinion on his marriage. Taylor says Brooke isn’t worthy of him. “She never has been.” There’s many reasons why, but the main one is her pattern of turning to other men. “Following her heart as she likes to say, which is incredibly disrespectful to you.” Taylor sees that she does what she wants, when she wants, and if she gets caught, she’s learned she just has to cry. Ridge feels it’s important he hears this truth, but he it’s not easy. Taylor points out her patterns haven’t changed after all these years. It’s just who Brooke is; it’s ingrained. “She’s a woman who will turn to other men in a moment of weakness and not give it a second thought.” Taylor won’t tell him what to do, but suggests that maybe it’s time to ask himself why he thinks he deserves this destiny with Brooke. “I think you deserve so much better.” 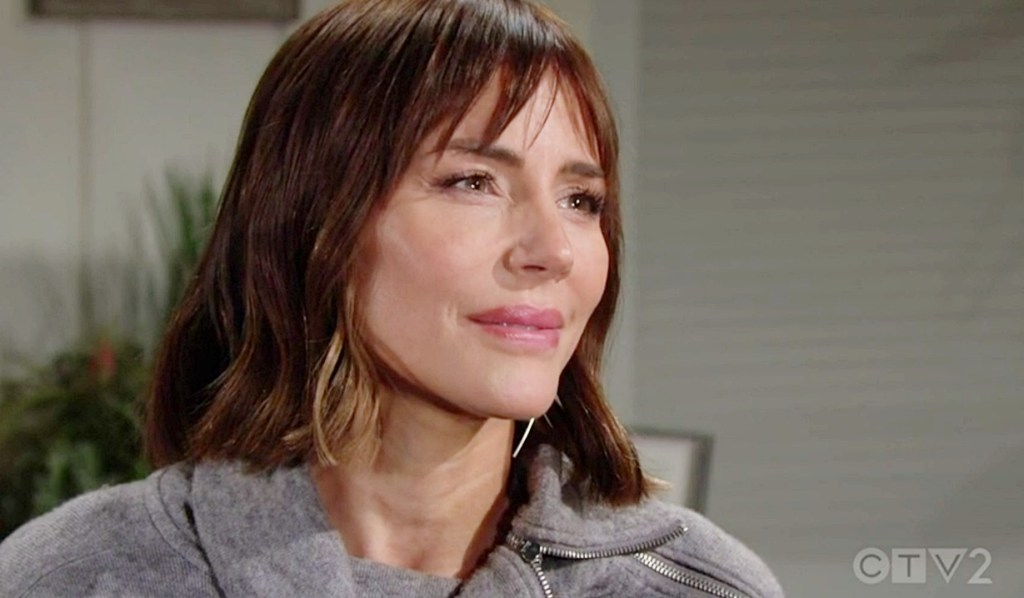 Brooke arrives at home and rants to Hope and Liam that Thomas wouldn’t let her see Ridge and has his phone! She feels her marriage is slipping through her fingers — Ridge is stuck in that house with Taylor!

At the cliff house, Taylor asks how Ridge is feeling. His head is spinning. Everything he thought was right, is not, and it just keeps happening. Taylor knows that feeling. Ridge knows Thomas and Steffy want him to come home… and he thought home was with Brooke. He’s not saying that what he and Taylor had wasn’t amazing, it was. Taylor understands; he moved on. Ridge says, “But you didn’t.” Taylor confirms, “Never.” Ridge wonders what if the kids a right and he should be there with someone who has never betrayed him. He goes to kiss Taylor, who tells him to stop. She can’t go through this again. “What are you saying, Ridge?” He husks, “I want to come home. If you’ll have me.” The music swells as Taylor pulls him into a passionate kiss. They part and gaze into each other’s eyes.

Next on The Bold and the Beautiful: Liam plays detective.

Don’t miss this look back at 10 times Taylor should’ve realized Ridge isn’t all that into her, in the gallery below. 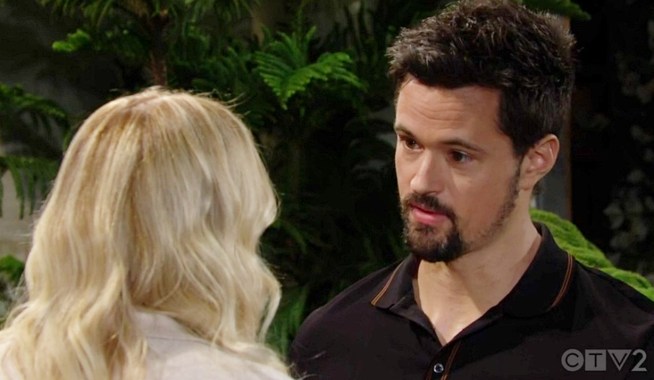 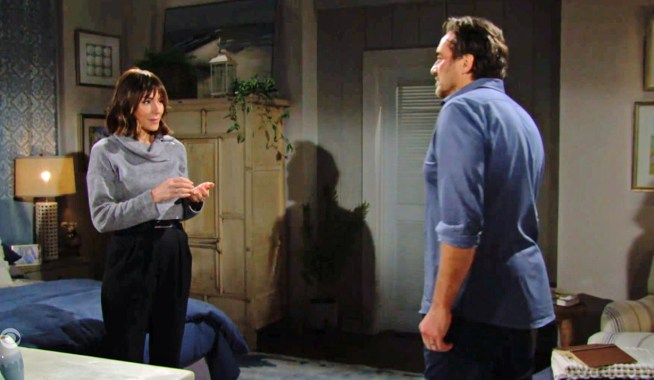