Wednesday, January 19, 2022: Today on The Bold and the Beautiful, Taylor questions Sheila, Carter grills Paris about her feelings, and Sheila vows Brooke's day of reckoning is coming. 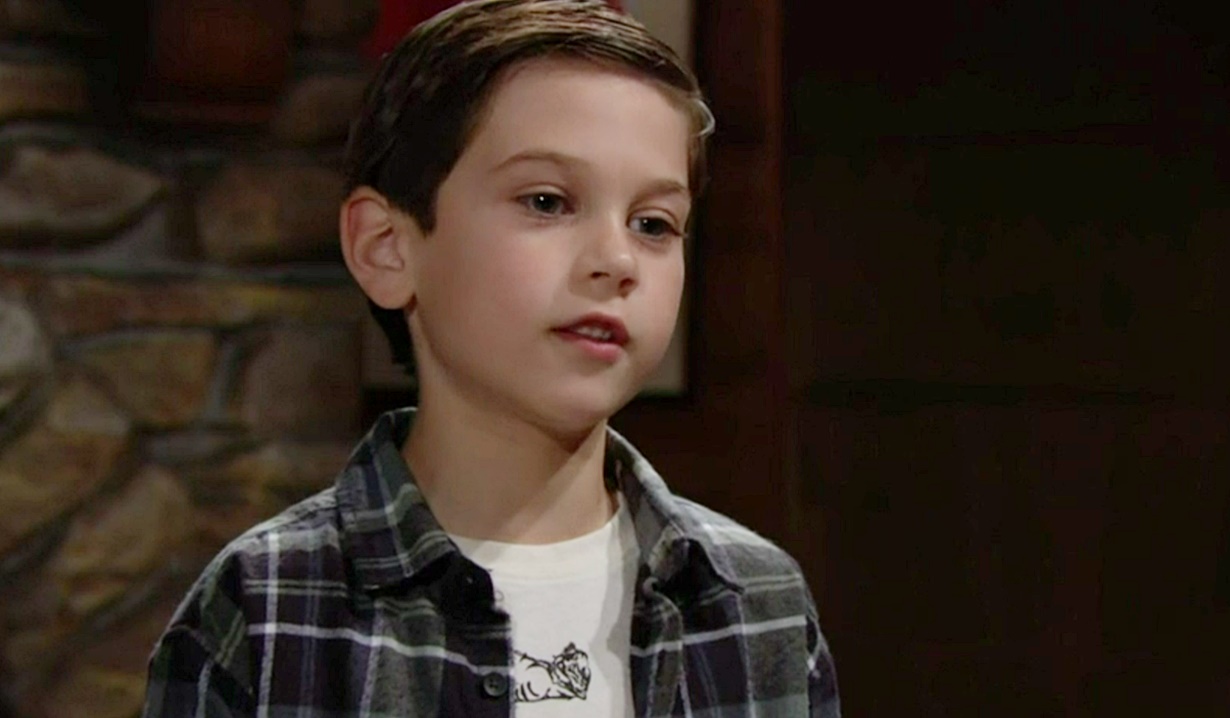 In the cabin, Hope and Liam canoodle as she muses that she could get used to him working from home. Liam notices it’s been quiet around there. Hope recaps that Douglas is doing homework and Beth’s on a playdate. She’s going to go up and see her mom – she’s worried about her. Liam will hold down the fort. Hope reiterates that it bothers her not knowing what triggered her mother to drink.

At home, Brooke tells Ridge she didn’t expect to be answering questions from Taylor about her well-being. She supposes she was genuinely concerned, but it was unnerving. Ridge assures Brooke she’s doing everything she can to make things right – most importantly, she’s being honest with everyone about that night. They’re puzzling over what could have made her drink when Hope sticks her head in. Ridge assures his wife he’s not disappointed in her. She’s disappointed in herself. Hope walks in and urges her mother to take credit for getting back on track and accepting support from those who love her most. She feels taking responsibility is half the battle and keeping a secret would eat her up. Hope pulls Brooke into an embrace. 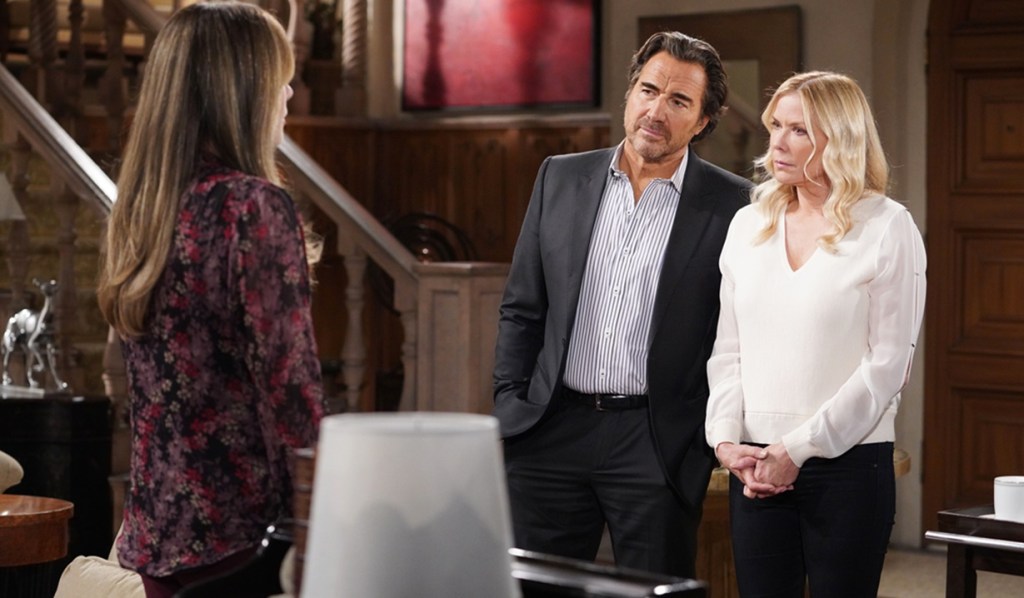 In Taylor’s office, Sheila feels the vibe shift suddenly. Taylor wants to know why she’s so interested in Brooke. Sheila laughs uncomfortably and denies being “stuck” on Brooke. She’s jut trying to fit back in, and Brooke happens to be married to Hayes’ grandfather. Taylor hopes that’s true – she’d hate to see her becoming obsessed with Brooke again. Sheila insists that life has humbled her. She’s learned that what’s important in life is family. Sheila isn’t obsessed with Brooke, she just wants to prove herself so she can spend time with her son and grandson. Taylor wants to believe her but she’s still assessing the situation. She hopes Sheila has changed, for her sake and her family’s as well. Sheila appreciates her willingness to let her prove herself. “I just wish Brooke would do the same.” She begins to rant about Brooke being so judgemental and high ‘n’ mighty. She thought Taylor would be just as annoyed with Brooke. 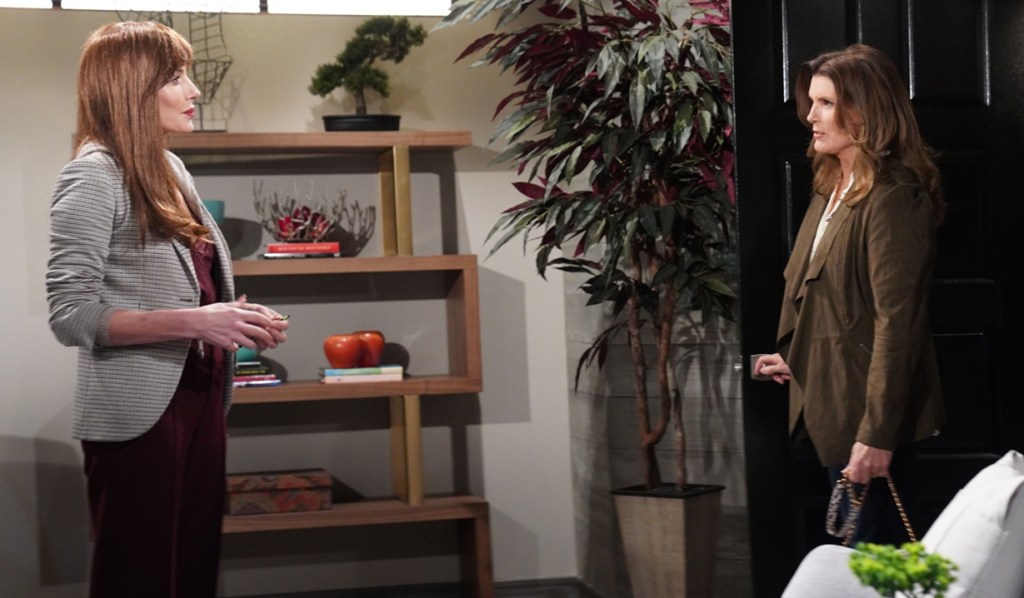 In Forrester Creations’ design office, Carter finds Paris deep in thought. She explains that Zende and Sequoia are going out tonight. Carter thought that’s what she wanted – for them to be free to see other people. “Don’t you want that anymore?” Paris informs him that everything she said still stands, she was just caught off guard by him making plans with a drop-dead gorgeous model. Carter snickers, “You’re jealous. You still care about Zende.” Paris feels Zende’s a great guy, but she made the best choice for the both of them. He deserves a woman as into him as he is into her – there was always an imbalance in their relationship. Carter appreciates her honesty. Paris thanks him for his support and notes that because of him a door opened for her there at Forrester. Carter’s glad he followed his instincts about her – for both professional and personal reasons. She intrigues him and never disappoints. “You’re endlessly fascinating.” Paris muses that the more she sits with it, the more she believes it’s best for Zende to enjoy his freedom. “I can’t stop thinking about our kiss.” Carter can’t stop thinking about it either.

At the cabin, Liam tells Douglas that his mother went up to see grandma. Douglas blurts, “I saw grandma kissing Santa Claus.” After the kid clarifies that it’s not a song, he saw it for real, Liam asks if it was Christmas Eve. Douglas immediately replies, “No, it was New Year’s Eve.” Liam’s taken aback, “Well, maybe that’s what you think you saw.” Douglas, irritated, insists he saw it for real. Hope comes in and Liam fills her in – he thinks the boy may be trying to tell them soemthing about Brooke. Douglas explains she saw grandma kissing Santa Claus on New Year’s Eve at night. He went back to get his stuffed bunny. “I walked up to the living room window and that’s when I saw it.” Hope asks, “You saw grandma kissing someone?” Douglas nods, “Yes. Santa.” 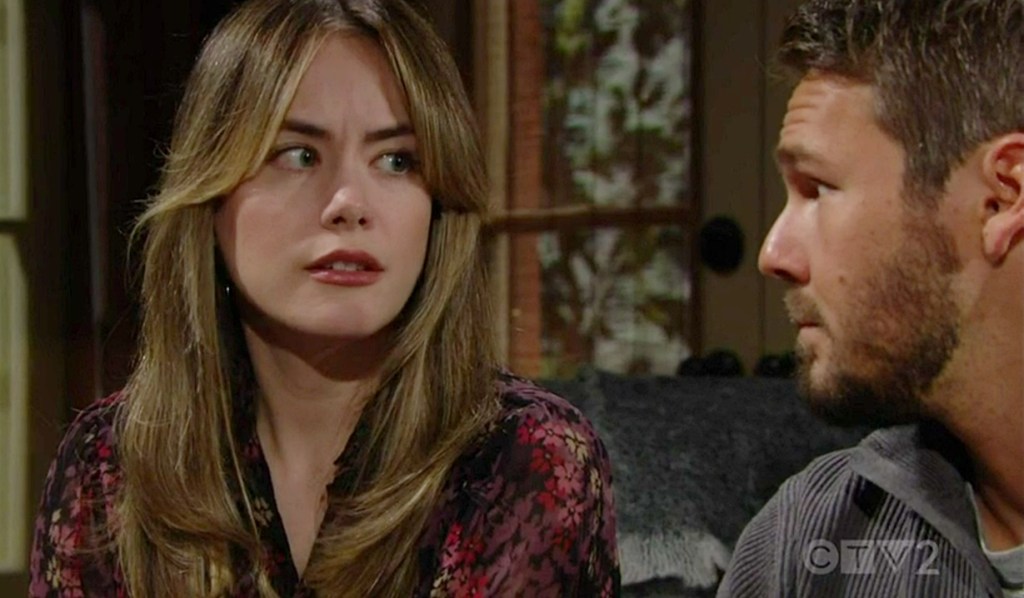 In her room, Sheila rants to herself. She thinks Taylor would be eager to spill the tea on Brooke – even with her. She just wants to know if she fell into the trap she set. “The day of reckoning is coming, Brooke. Trust and believe, it’s coming soon,” she hisses. 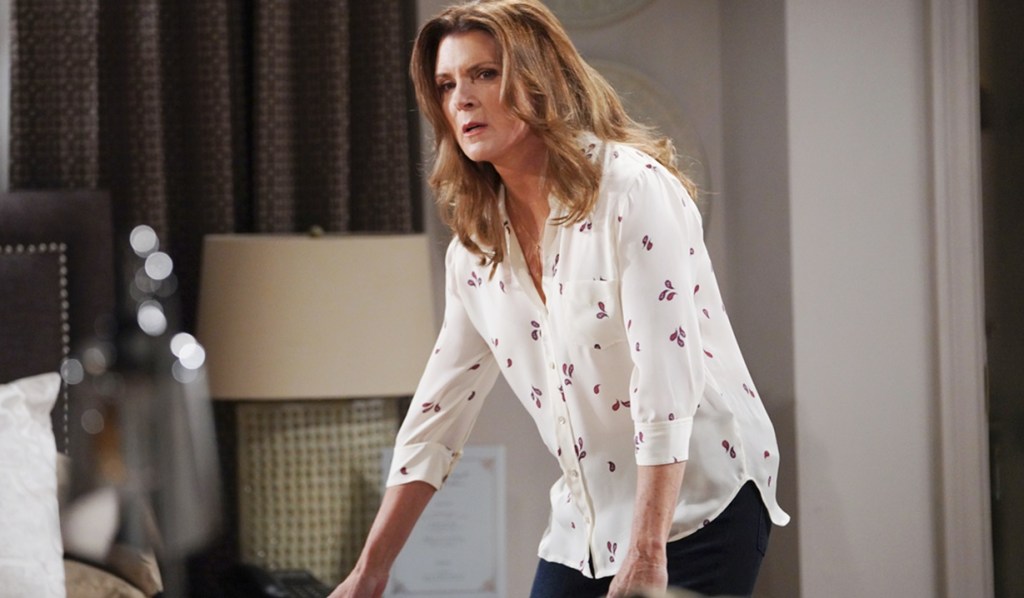 Alone in the living room, Ridge tells Brooke how proud he is of her for coming clean with him and her daughter about everything that happened on New Year’s Eve. They hug and Brooke flashes to doing shots with Deacon.

Next on The Bold and the Beautiful: Liam and Hope get perspective on what might have happened with Brooke on New Year’s.

Refresh your memory by looking back on Taylor’s history on Bold & Beautiful in the photo gallery below. 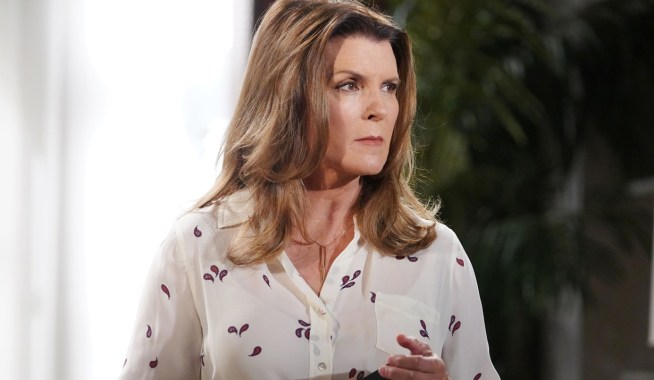 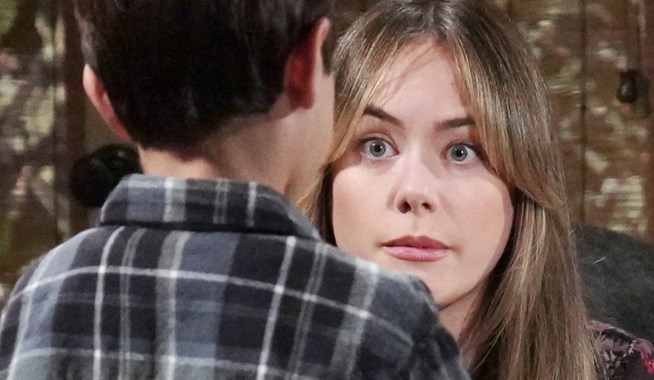