Steffy Declares War Between the Logans and Forresters

Thursday, January 13, 2022: Today on The Bold and the Beautiful, Steffy wants to extricate Ridge from Brooke's life, Hope grills her mother, and Paris and Carter discuss her troubles with Zende. 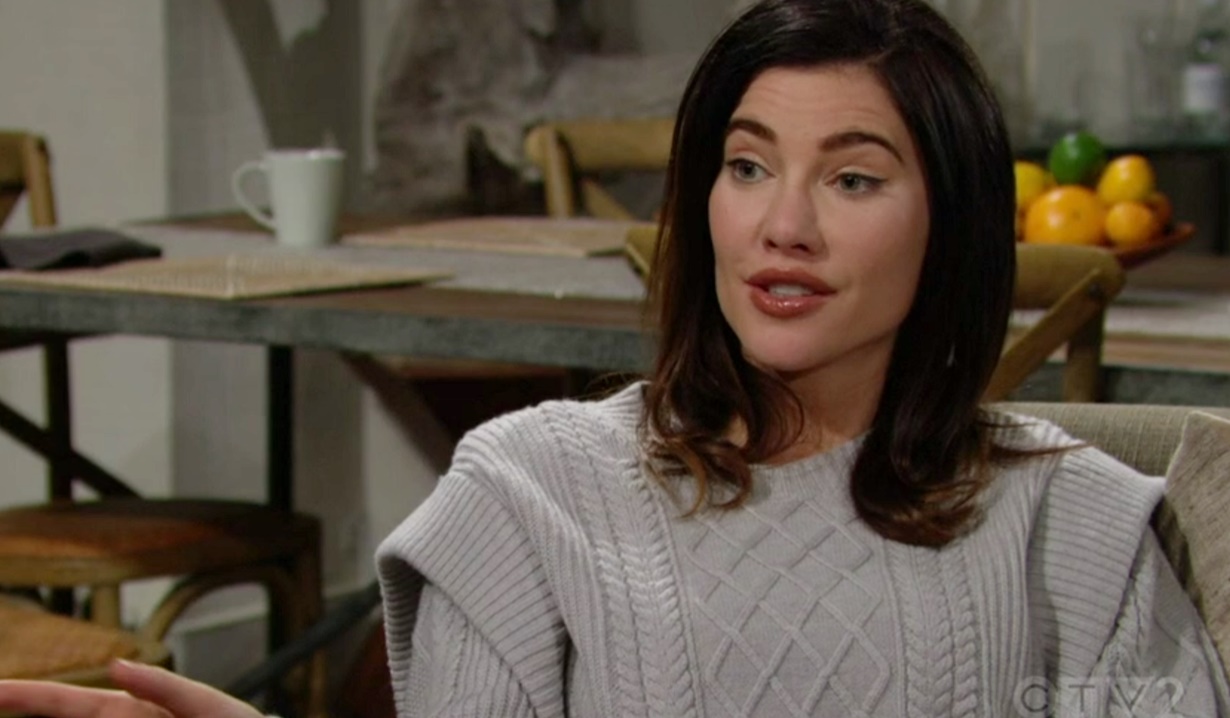 At the cliff house, Steffy knows Taylor still loves her dad, and that deep down he loves her too. She’s certain he cannot be happy what with everything going on with Brooke. “We need to help dad. We need to get him out of there.” Taylor hates to see her so upset, but Ridge’s life is with Brooke and the Logans. Steffy argues this could be a new chapter if they just put it out there and manifest it. She feels something is going on at Brooke’s, and it must be big or Hope wouldn’t be so concerned. Sooner or later it’s going to come out and that’s when they’ll bring her dad back with them where he belongs. Taylor says she’s glad she and Ridge were able to remain friends, but Steffy sees more in their eyes when they look at each other. It shines a light on what’s been missing.

Steffy tells Taylor it would mean a lot to her grandchildren to see their grandparents reunited – a strong Forrester family. They go over Brooke and Taylor having their differences over the years. Steffy recalls that Hope took Liam from her just as Brooke took dad from her. Taylor can’t solely blame Brooke. Undeterred, Steffy insists the Logans just keep infiltrating their lives. They run down Hope’s good points, but she’s still like Brooke, who has molded her over the years. Steffy reiterates that whatever is going on over there is major, and it’s going to blow up in their faces. Ridge will definitely need them.

At Brooke’s place, Hope questions why her mother suddenly doesn’t want her father around. Did something happen between you and dad?” Brooke flashes to kissing Deacon. Hope wonders if it’s Ridge who has the issue and Brooke snaps that Ridge hasn’t done anything wrong. Hope points out she’s still not answering her questions – why did her dad suddenly disappear? 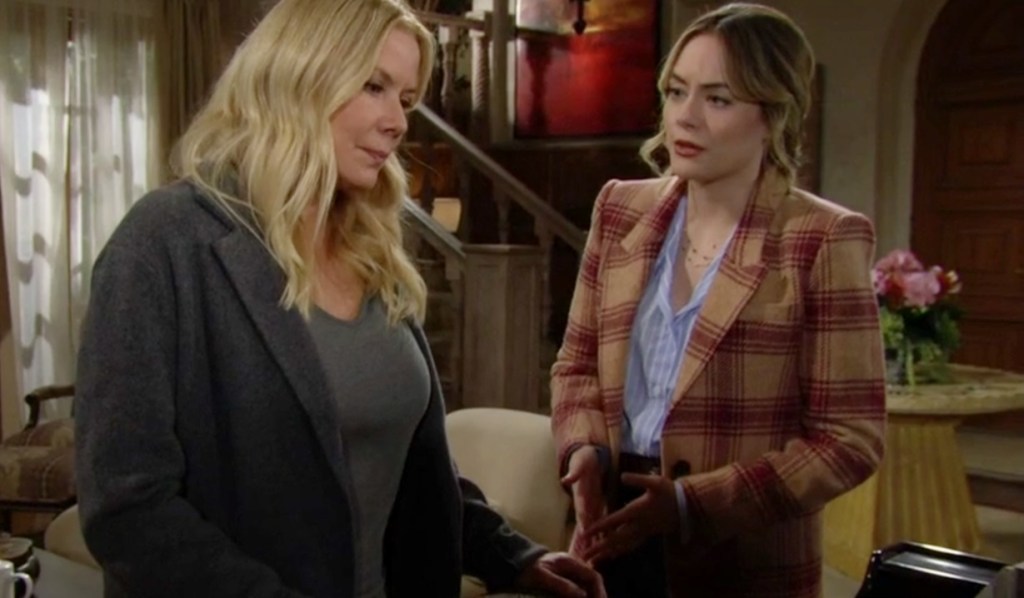 At Forrester Creations, Ridge and Carter enthuse about the great numbers for the foundation. Carter says it’s all Paris and Ridge says she’s special. Carter agrees, “Paris is certainly very special,” as she walks into the office and smiles. Ridge tells her they’re very impressed with her work. Talk turns to her mother and Ridge suggests holding a dinner for her. Carter mentions he was looking for Brooke earlier and Ridge cryptically says she’s not coming in. Paris asks if everything’s okay. Ridge states everything’s fine and walks out. Carter shoots a curious look at Paris. 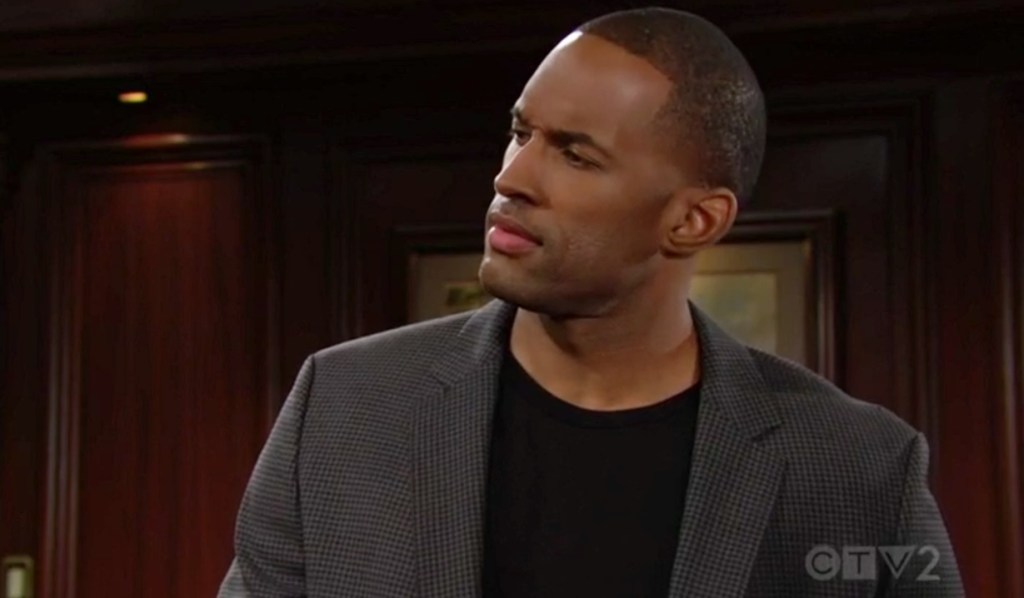 Sitting in the office, Paris makes Carter chuckle as she tells him that her mom didn’t think she had enough food in her apartment. She hopes she’ll stick around for good. Carter was surprised she was friendly to him at all given what happened with Zoe. Paris assures him that Grace knows Zoe didn’t treat him as he deserved. If she doesn’t, she’ll have his back. Carter’s pleased to hear it. He feels it shouldn’t be too hard to convince Mrs. Buckingham to stay and she’ll have her pick of jobs. Paris muses that family is super important to her. She’s pretty sure things will fall into place with her mom, but she’s not so sure about other aspects of her life. “What to do about Zende?” She has so much more she wants to do before she gets married. “I want to hold on to every bit of my independence. I’m not cut out to be tied down right now.” Carter doesn’t think Zende’s completely ruled out proposing. Paris doesn’t want to lead him on and says, “I don’t know what to do, Carter.” Carter urges her to follow her gut and do what’s best for her. She’s a good person and will figure it out. 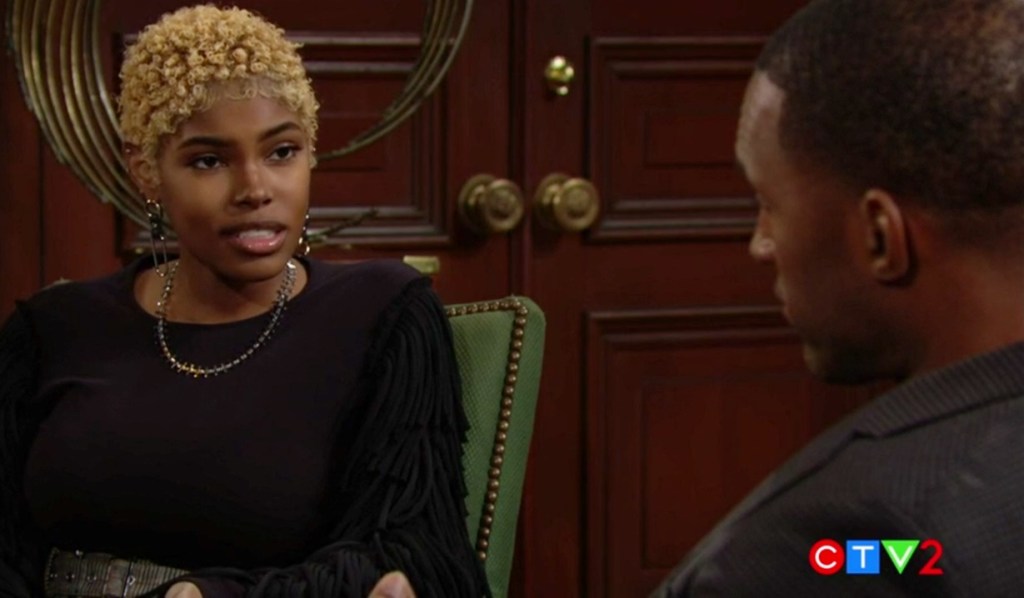 At Brooke’s, Hope wants to know what’s haunting Brooke about New Year’s Eve. Brooke replies, “Everything.” Hope wonders if it’s because Taylor’s back in town or because she’s been pressuring her about Deacon. Ridge walks in and Brooke tells him he didn’t have to come home from work. Ridge recaps that they’re going to find out what her trigger was and then they’re going to handle it. Hope and Ridge reiterate that Brooke has nothing to feel guilty about. Brooke muses that the desire to drink hit her when she least expected it. Hope brings up her father’s issues with drinking and Ridge cuts her off. “Why are we talking about Deacon? What about him?” Hope explains he’s been kind of MIA lately and she was asking if her mom knew why. Ridge grumps, “Of course he’s MIA, that’s what he does.” Brooke cringes and confuses them by telling Ridge she doesn’t want to lose him or risk losing this beautiful family they have. Hope hugs her while Ridge studies his wife thoughtfully. 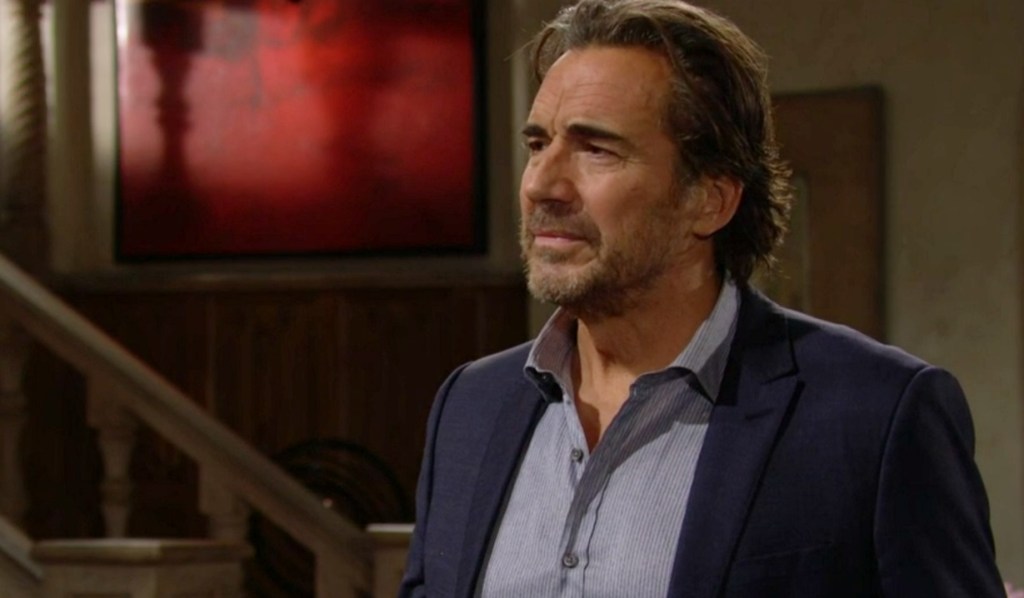 At the cliffhouse, Taylor reminds Steffy that her father is committed to his wife. Steffy thinks the whole Deacon situation is messed up and is taking it’s toll. Hope and Brooke are making him feel like a guest in his own home. Taylor imagines a part of her feels caught between her daughter and Ridge. Steffy has had enough and asks Taylor, “Don’t you want to get back at Brooke?” She declares they’re in a war – the Logans vs. the Forresters. “The Forrester family is going to triumph. We are.” Taylor sighs and Steffy pulls her into an embrace. 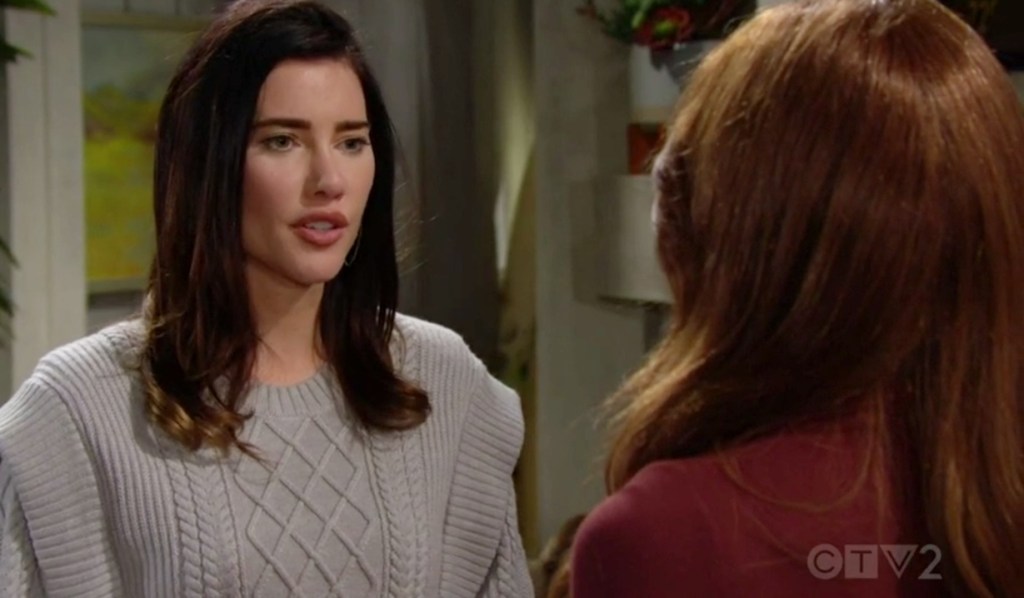 Next on The Bold and the Beautiful: Sheila vows to destroy Brooke’s life.

The claws are back out! Look back on Steffy and Hope’s rivalry thought the years in the photo gallery below. 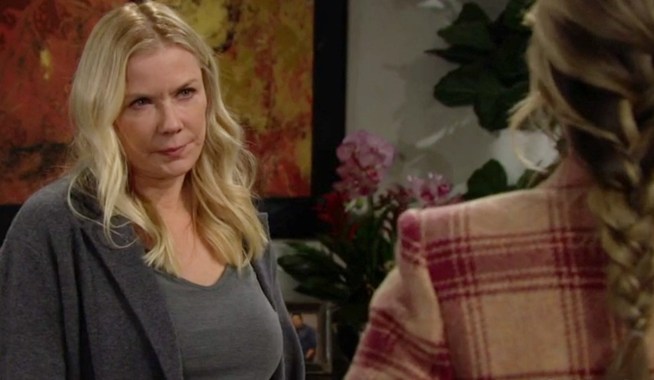 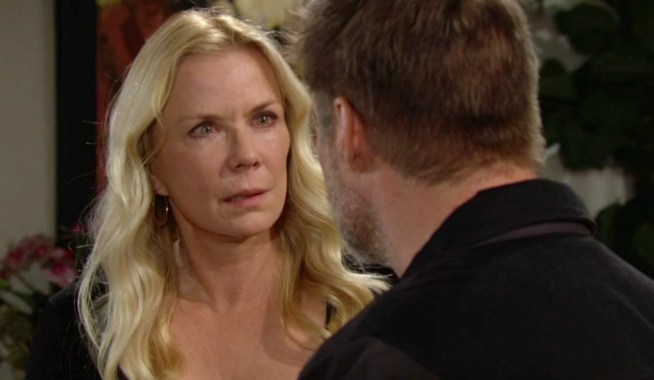