Wednesday, December 15, 2021: Today on The Bold and the Beautiful, after visiting with Katie, Brooke walks in on Deacon helping Hope with some self-defense techniques, Taylor and Thomas are reunited and Douglas' well-being is discussed. 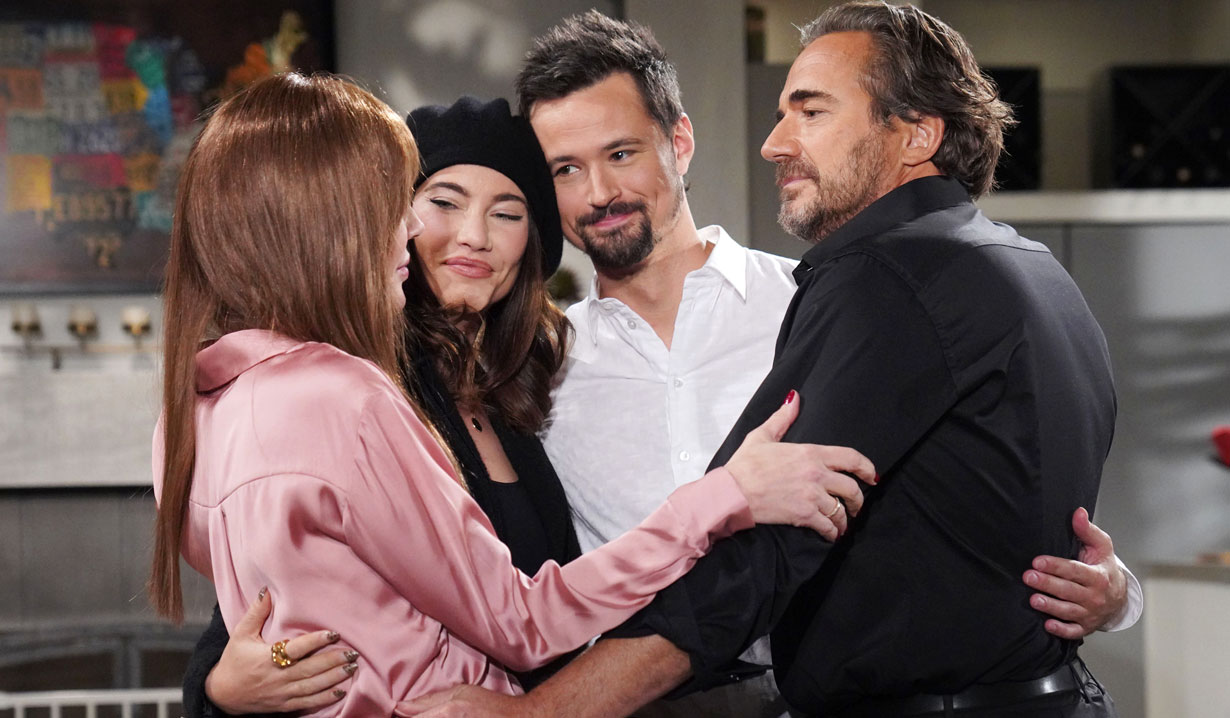 At the cliffhouse, Steffy clears her throat and asks, “Can we get in on this family reunion.” Taylor rushes to Thomas, happy to be reunited with her son. After Taylor gushes over her kids, she asks after Douglas. Taylor is surprised that Hope still has legal custody, considering how good Thomas is doing, and reminds him that Douglas isn’t a Logan, he’s a Forrester. “He should be spending more time with you.” Steffy backs Taylor up, as Thomas defends Hope for filling a void in Douglas’ life. He’ll forever be grateful for her. It makes sense for him to be with Hope. Once he has a new place, he’ll spend more time with his son. Thomas knows he needs to find a balance and continue to make healthy choices. Ridge credits Taylor for the change in Thomas. The family is in a good place and “a lot of that is because of you.” Taylor beams at Ridge then peeks in on the kids. She can’t wait to meet Finn. They talk about the Sheila fiasco and Taylor wishes she could have been there for Steffy — for the wedding, for everything. Though Taylor wants to check into her hotel, Steffy insists she stay with them. Nothing would make her happier. They all anticipate catching up some more — as a family. Ridge recalls how they used to join together for a family hug. They all move in and embrace once again. 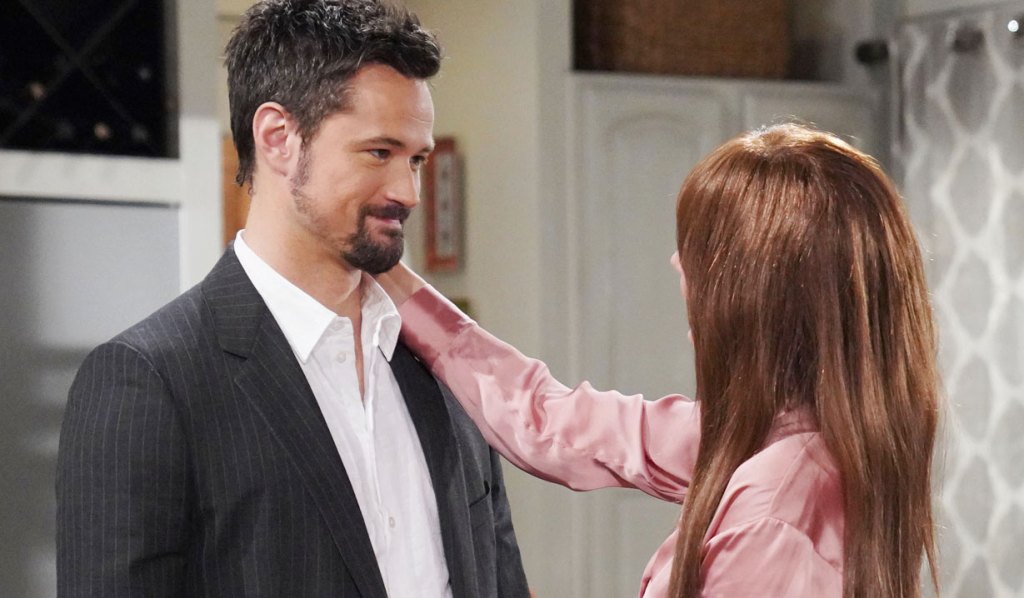 At the mansion, Brooke and Katie discuss Ridge and his issues with Deacon. Brooke hopes he can get past this because she loves Ridge and wants to support her daughter. She doesn’t want to think about what will happen to her family if he can’t. Brooke was skeptical when Deacon returned but she hasn’t seen anything to worry about. She knows seeing Deacon is a constant reminder of the affair for Ridge, and doesn’t want to hurt him, but Brooke can’t deny her daughter the chance to get to know her dad. Katie brings up Ridge seeing Hope, Deacon and her as a family, but Brooke doesn’t think that’s the case. They both have children from different people and she doesn’t feel threaten by Ridge’s ex. 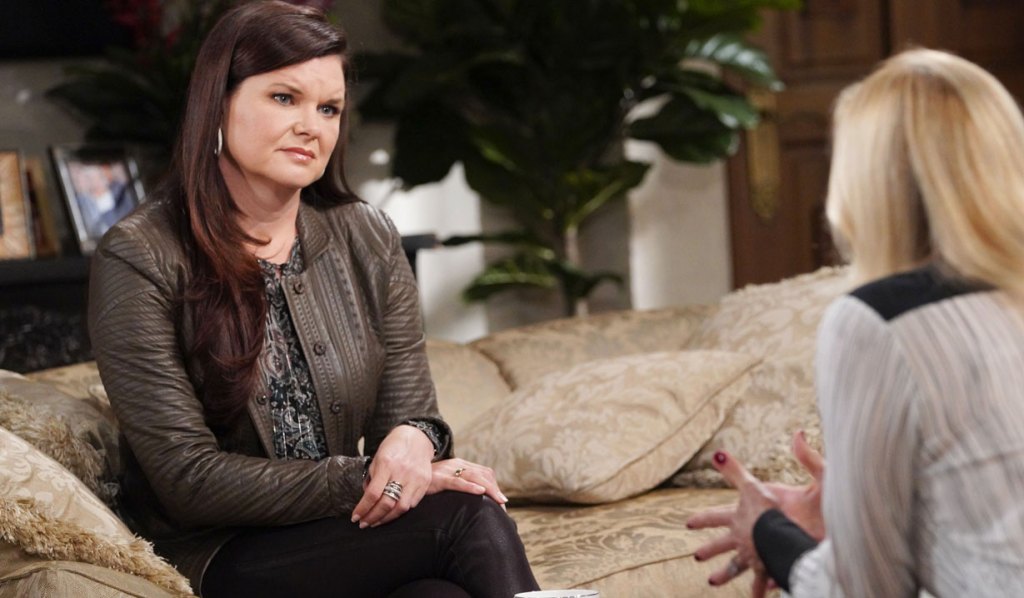 In the cabin, Deacon shows Hope some self-defense moves that he learned in prison. Hope follows his instructions then demonstrates the moves. She can’t contain her happiness as Deacon praises her. He asks what got her into self-defense. “Nobody’s bothering you, right?” She reassures him and insists it gives her confidence — she likes knowing how to defend herself. “How do you hold back?” Hope asks. Deacon knows she’s talking about Ridge and claims one has to know when to stand back. Hope wants her daughter to see her as a powerful woman. Deacon knows how important that is — to set a good example as a parent. Hope didn’t mean anything by her comment. Deacon knows she didn’t and they continue to bond over their love of martial arts. Hope blocks a shot from Deacon and they high-five her success. 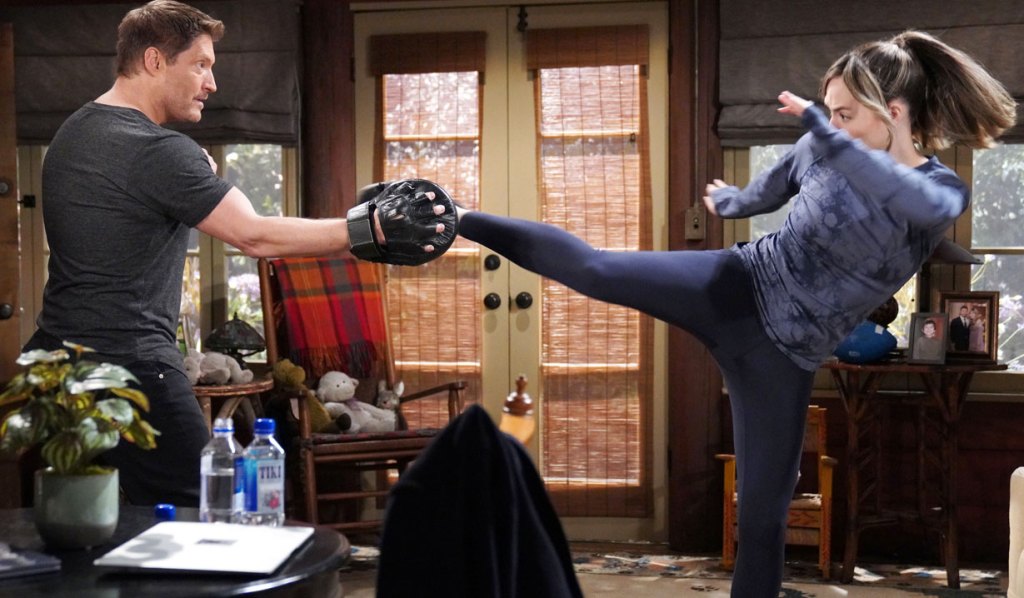 As they fake box, Brooke walks in and is stunned to learn Hope is doing martial arts again. “She’s a natural,” Deacon says. “Like father, like daughter.” Brooke gives Hope a funny look. The father/daughter duo gives Brooke a demonstration. Though Hope asks him to give Brooke some pointers, she initially declines and they almost flirt when talking about the past. Brooke gives in and lets Deacon show her a thing or two then Deacon tells Hope that no one did a better job at raising her than her mother. He’s so grateful that she took after Brooke. “I’m just so proud of you,” Deacon says, leaving them smiling from ear to ear. 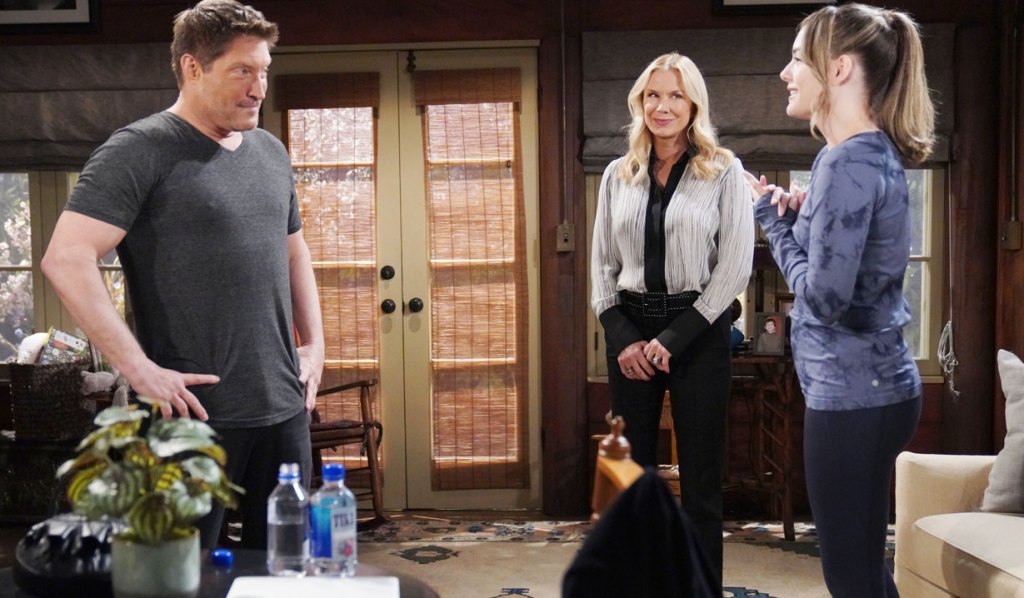 Next on The Bold and the Beautiful, Brooke is thrown off her game when she receives news of Taylor’s return.

View our gallery below featuring some of Taylor’s loves over the years. 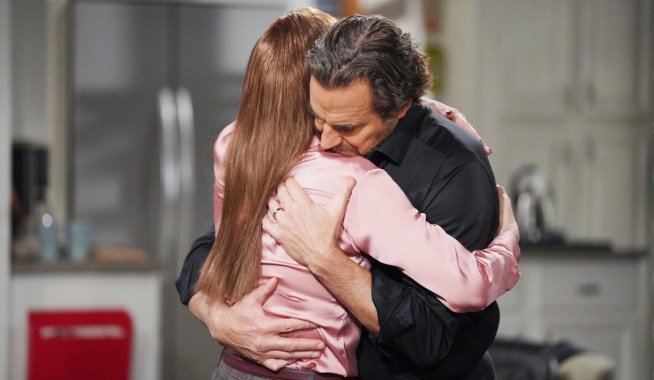 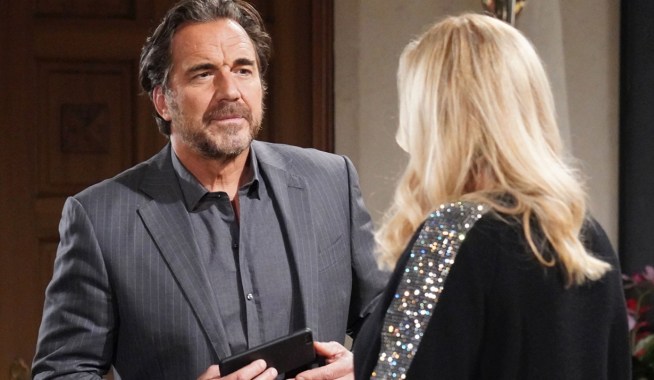