Ridge Demands to Know if Brooke Still Has Feelings for Deacon

Wednesday, December 1, 2021: Today on The Bold and the Beautiful, Steffy warns her father, Hope wants Liam's support, and Carter finds himself disappointed once again. 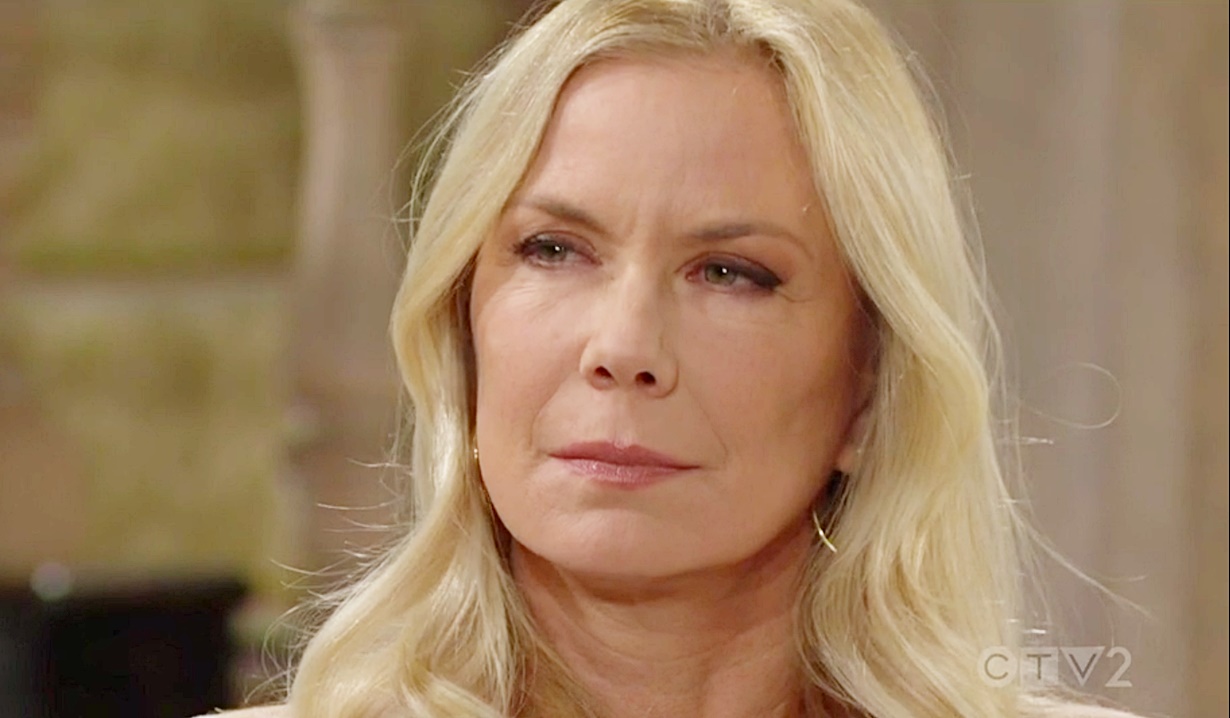 At Forrester Creations, Ridge, Liam and Steffy marvel at Brooke and Hope taking Deacon’s side after everything’s he’s done. Ridge thinks Deacon’s plan includes his wife. Liam just wishes Hope would think of the kids. Steffy muses that maybe this is what Hope wants — recreating the fantasy of a perfect little family. She thinks if they connect, it will put Brooke and Ridge at odds, which gives Deacon space to come through. “That should concern you,” she tells her father. 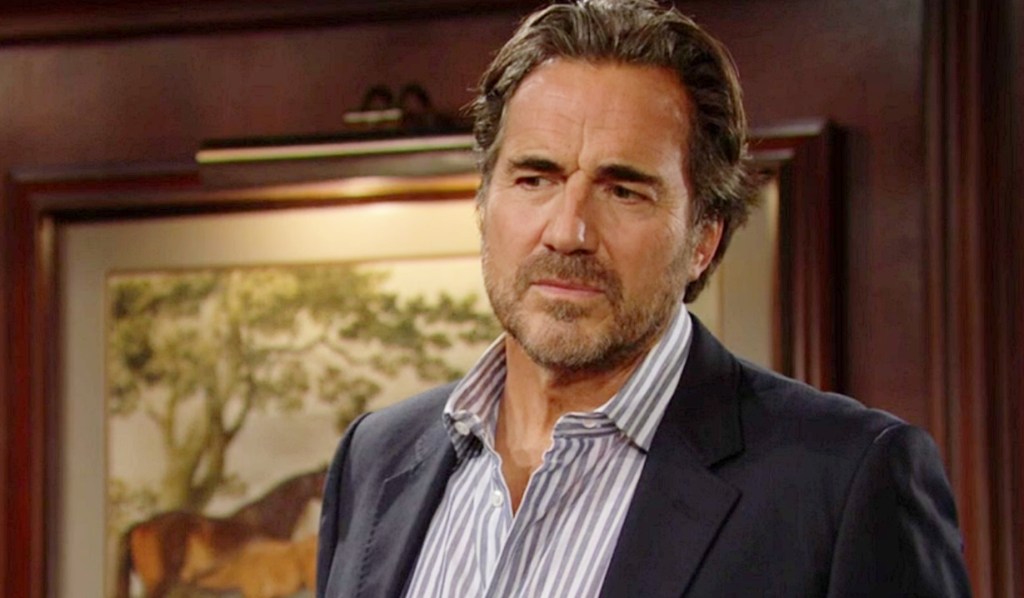 Liam worries pushing Hope will push her away. Steffy warns that both Hope and Brooke have a self-righteous streak. She wonders what Deacon will have to do to get them to realize they’ve been right about him all along.

At the cabin, Brooke tells Hope that Liam and Ridge just want what’s best for her. Deacon concedes that he’d feel the same as Ridge in his place. Hope feels Ridge took it too far by trying to throw him out and believes her mother feels the same way since she stood up for Deacon. Brooke cautions that it’s not that simple; they have every reason to distrust her father. Deacon understands but vows he isn’t going to let them down; not ever again. Brooke explains it will be difficult for everyone to give Deacon a second chance. Hope thinks she wants it though. Brooke does, for her sake. Deacon insists he’s trying; he’s taken the disrespect from Liam and Ridge even though it’s not easy for a guy like him. He takes it because he wants to be in Hope’s life and her kids’ lives. “I’m not going to screw it up.” 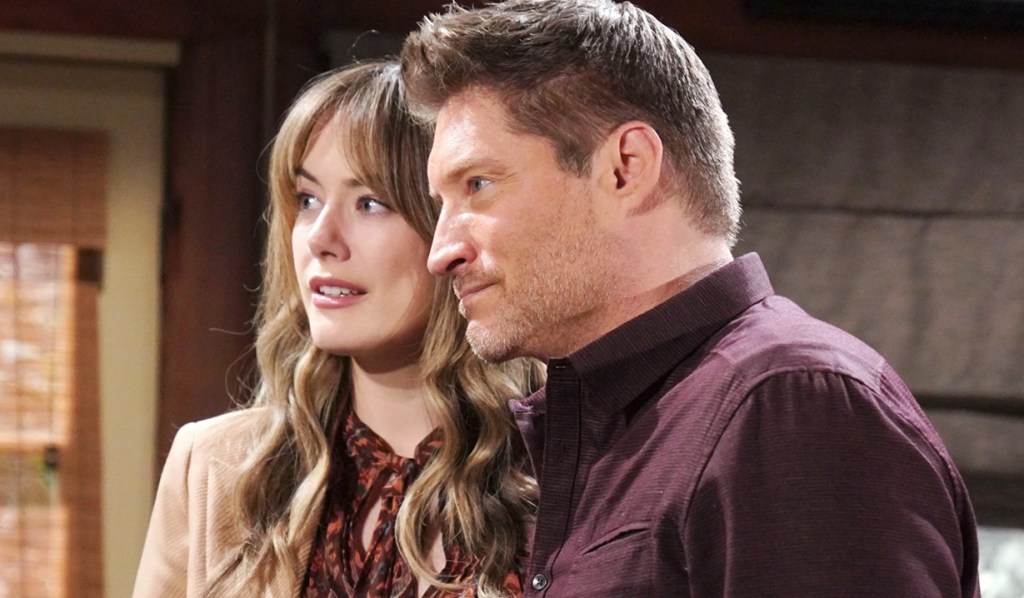 At Forrester Creations, Carter suggests he and Katie continue their work discussion at Il Giardino over lunch. Katie agrees. Just then, Paris walks in and hopes she’s not interrupting. Carter explains they’re just wrapping up a meeting. Katie abruptly has to leave when she gets a text from Bill and tells Carter she’ll see him later. Once alone, Paris asks Carter if he’s alright — he’s clearly concerned about Katie. Carter says she’s a friend. Paris asks, “Friend?” Carter wonders what she’s implying. Paris chirps, “Nothing! Nothing at all.” 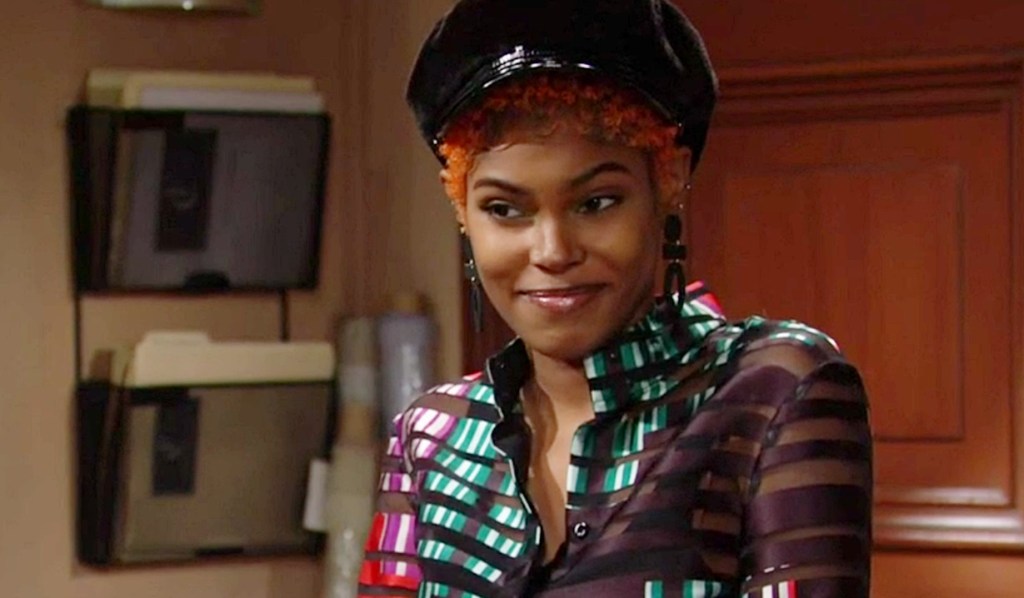 Paris teases Carter about being a number-cruncher and asks what he wants to do for lunch. He already has plans but always loves spending time with her. Carter makes a point of telling her how special she is.

Later, Carter finishes a call as Katie re-enters. She has to cancel their lunch because Bill set up a video call with Will. Carter is understanding and she thanks him before exiting again. 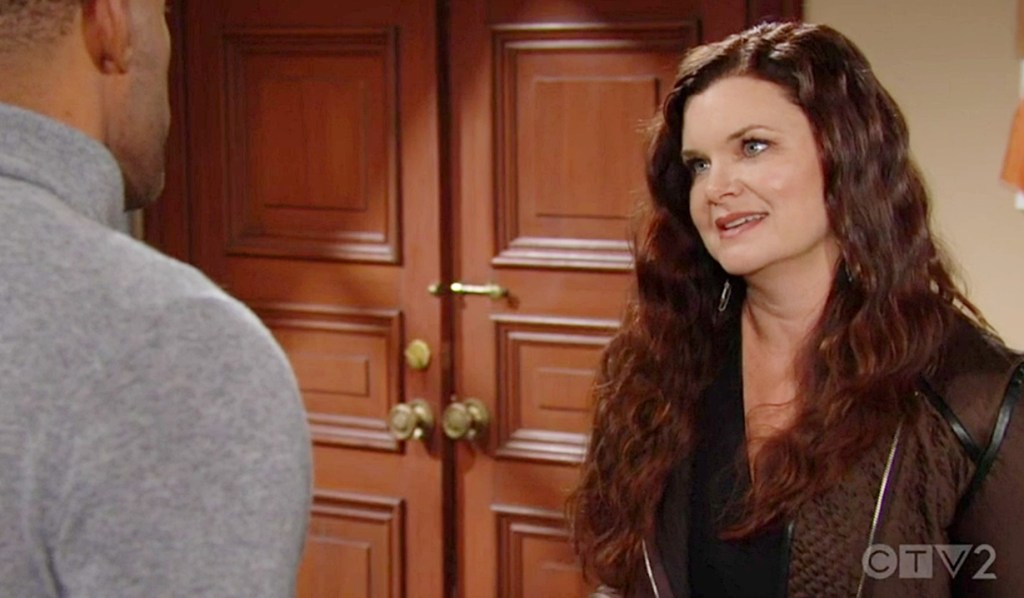 When Paris comes in she’s surprised to see him — she thought he had lunch plans. Carter is clearly down, so she asks him about it. Carter has reflected. He thinks he’s a perpetual bachelor because of the choices he’s making where women are concerned. Paris assures him his heart’s not too big — he’s an incredible guy. “I care about you and I’m here if you ever want to talk or if there’s anything I can do.” Carter asks, “Let me take you to lunch.” Paris agrees. “I’d like that.”

At the cabin, Brooke asks Deacon why they should believe it’s different this time. Deacon could feel Hope’s pain in her letter about the baby dying. She went through excruciating pain and he wasn’t there for her. “I’m sorry,” he tells Hope. She throws herself into his arms. Deacon knows being around him brings up painful memories for her, but they also made Hope. Hope says they’re family and there’s nothing that Ridge or Steffy or Liam can do to change that. “We’ll always be family.” 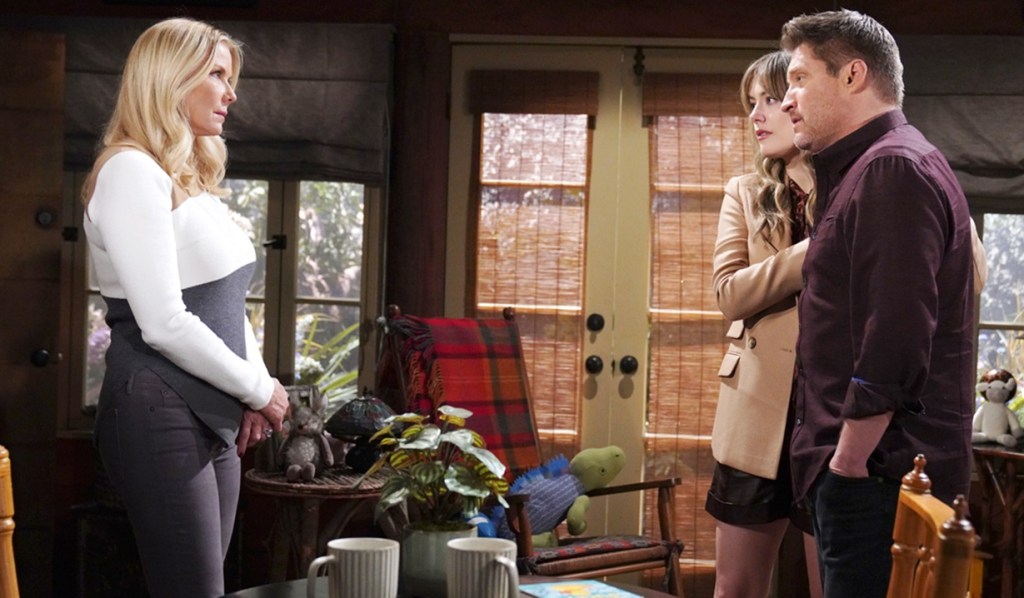 Later, Liam and Hope are tidying up and discussing the kids tensely. He can’t do this and puts on a funny purple headband to lighten the mood. He knows it upset her to walk in on him and Steffy talking about her and Deacon, but he feels protective of her and the kids. Hope understands, but she knows what she’s doing and who her father is. Liam knows who he is too, which is why he’s freaking out. Hope loves him, but she needs him to respect her decision about having her father in her life. It would mean so much to know her husband stands by her on this.

In Brooke’s living room, Ridge can’t understand how they’re not on the same page where Deacon is concerned. He tried to throw him out and she defended him. Brooke says it was Hope’s home and she’s pretty clear about what she wants. Ridge declares that she’s misguided. He’s also concerned that Brooke is starting to believe he’s not going to hurt her or Hope. Brooke insists she’s not easily manipulated. Ridge asks if she still has a soft spot for Deacon. Brooke is listening to what Hope wants and it just seems like Ridge wants it his way. He hasn’t heard one word she has said. Ridge asks Brooke to be honest, “Do you still have feelings for this man after all this time?” Brooke narrows her eyes at him.

Next on The Bold and the Beautiful: Sheila pays a surprise visit to Finn at the hospital.

Climb the gnarled branches of the Logan family tree with a brand-new photo album that reveals who’s related to whom — and how! 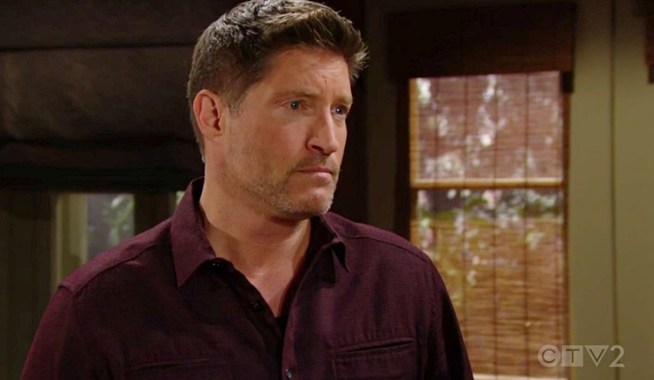 Brooke Defends Deacon to Ridge, Who Walks Out and Predicts ‘This Is Not Going To End Well' 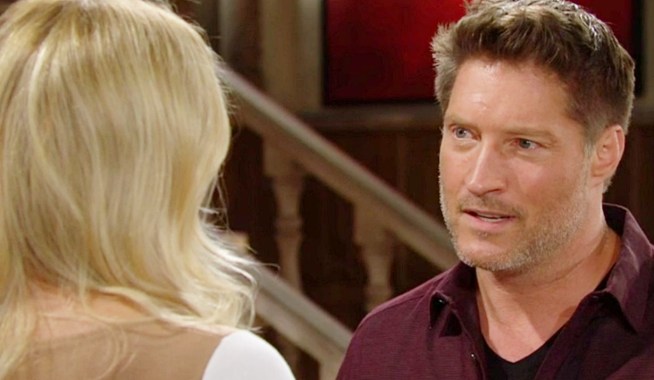