Tuesday, November 23, 2021: Today on The Bold and the Beautiful, Finn struggles with his new reality, Paris confides in Carter, and Steffy supports her husband. 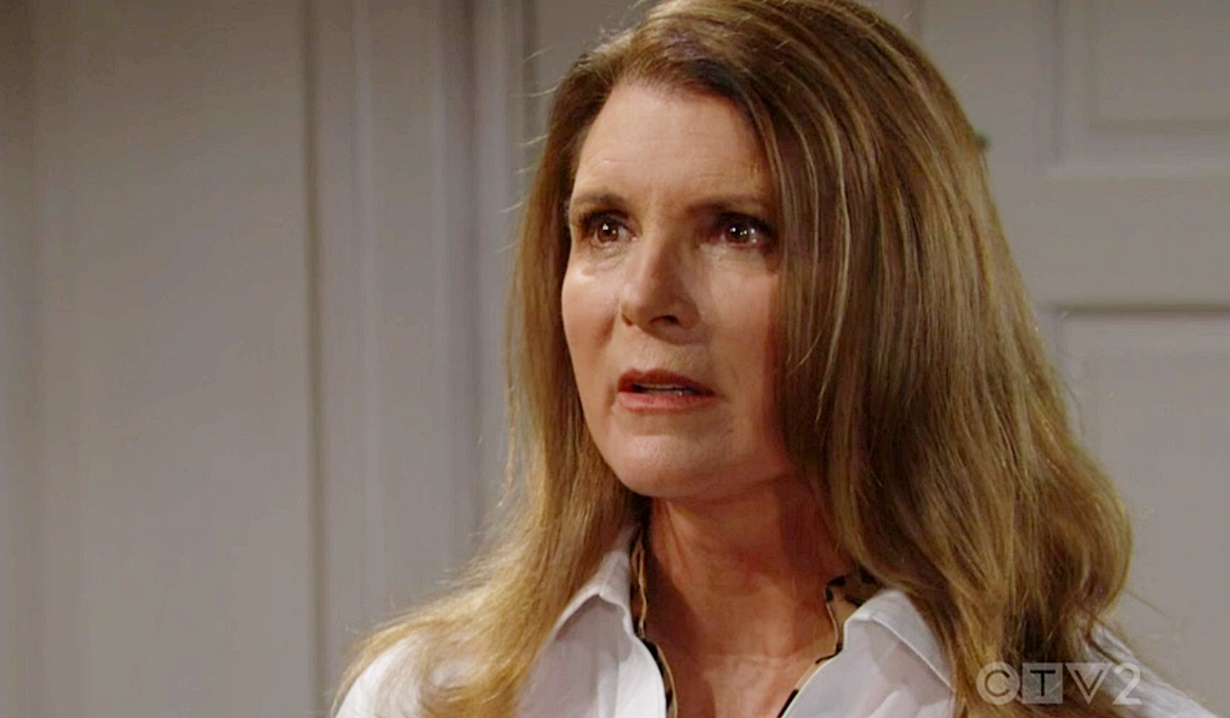 At the cliff house, Finn struggles to get his mind around his father’s betrayal and worries about his mother. Li reminds Finn, though it feels like his life’s been turned upside-down, he has so much good in his life. She refers to Jack as his father, but Finn can’t think of him like that… not after what he’s done. He knows Li feels deeply deceived too and tells her it’s okay to admit that, and everything else she’s feeling about Jack. As terrible as the situation is with her marriage, right now all she can think about is Finn, having lost his father and the family he believed they were. They embrace as Steffy looks on, sympathetic. Steffy offers to make up the guestroom for Li, but she wants to go back to the hotel and assures Finn that Jack won’t show up there. She tells Finn how much she loves him and they hug again as Finn assures her she’ll never lose him. 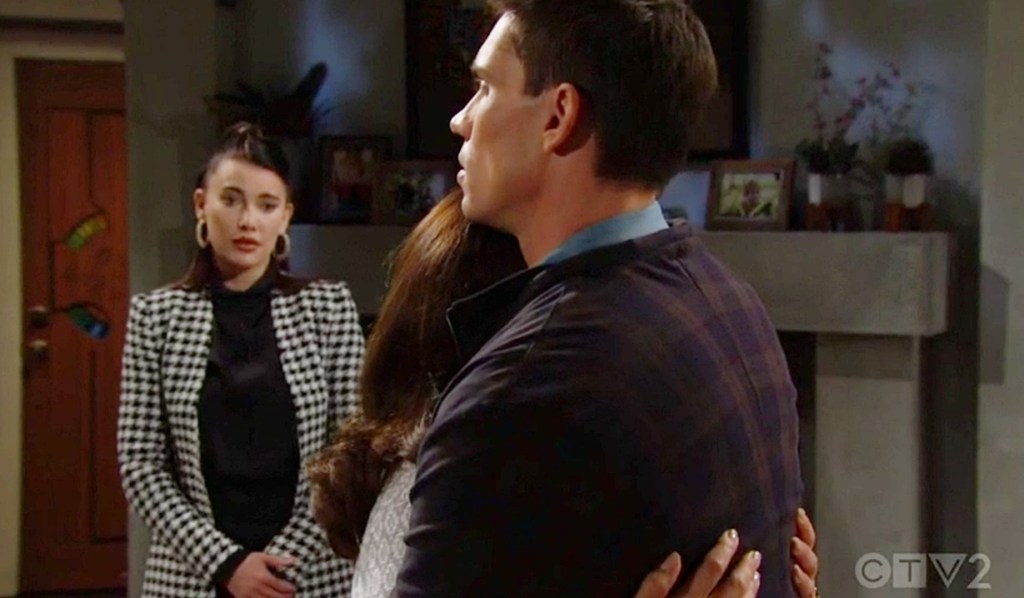 In her suite, Sheila smiles as she gazes at a photo of Finn. Jack comes to the door and, once inside, reveals he did what she suggested and told Li and Finn the truth. She gathers it didn’t go well. “What happened?” Jack relays that what happened is exactly what you’d expect when you reveal you’re a cheat and a liar. He should have told Li a long time ago; it nearly killed him to see her hurt from the lies and deception of a man she believed was incapable of either. Jack’s doubtful she’ll stay with him after this. Sheila’s sorry. She asks how Finn reacted. “I’m concerned about our son.” Jack’s worried his relationship with him will never be the same… he’s afraid he lost his wife and son tonight. He blames Sheila since she pushed him to come clean. “Why’d I ever listen to you?” 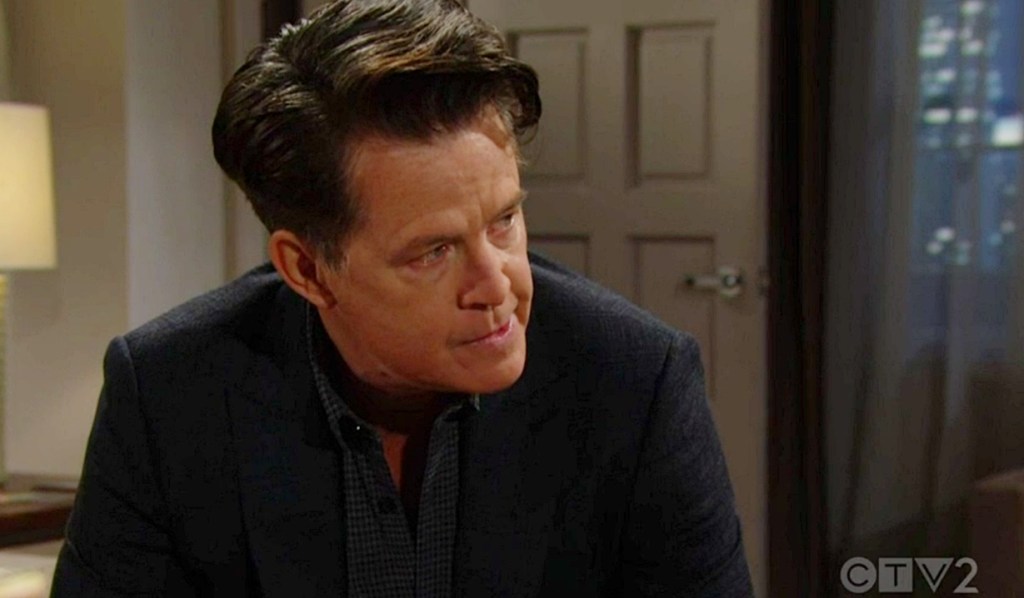 Sheila snaps at Jack to quit wallowing, this is about Finn and how they can help him through this… how SHE will help him. Jack complains that Finn wants nothing to do with him, and Sheila tells him now he knows how it feels… how lonely it is to be alienated from their son. She coaches that Jack has to give him time, but they can be part of his life again. Jack gawps, “We?” Sheila wants to join forces to deal with Steffy. Jack notes she’s scheming again. Sheila whispers that it’s not over… it’s much too important to be over.

At Forrester Creations, Carter teases Paris for coming back to work. He asks why she’s not at her apartment. She reveals that it’s actually all hers now. Carter presumes Thomas found a house but she shares that something else happened… something between Thomas and her. Paris decides to confide in Carter and says Thomas took her completely by surprised by admitting his feelings… for her. She was flattered but told him she just wanted to be friends. Carter muses, “Wow… if Zende had any idea…” Paris reminds him not to say anything to anyone, especially Zende. Carter recaps how Paris has this energy that makes people want to be around her.

Paris repeats that Zende can’t find out; it would damage his relationship with Thomas. She thinks Thomas realized that could happen with them too, which is why he moved out. Carter muses that Paris is very much a woman in demand. After Carter takes a call, talk turns to Paris having to pay her rent. She makes a good salary, but has student loans and has to be careful. Carter tells her about investing and offers to help her. Paris says she’d like that… a lot. She goes on about how helpful he is and Carter muses about being a nice guy… and hopelessly single. Paris predicts he’ll catch the eye of a smart and very lucky woman. 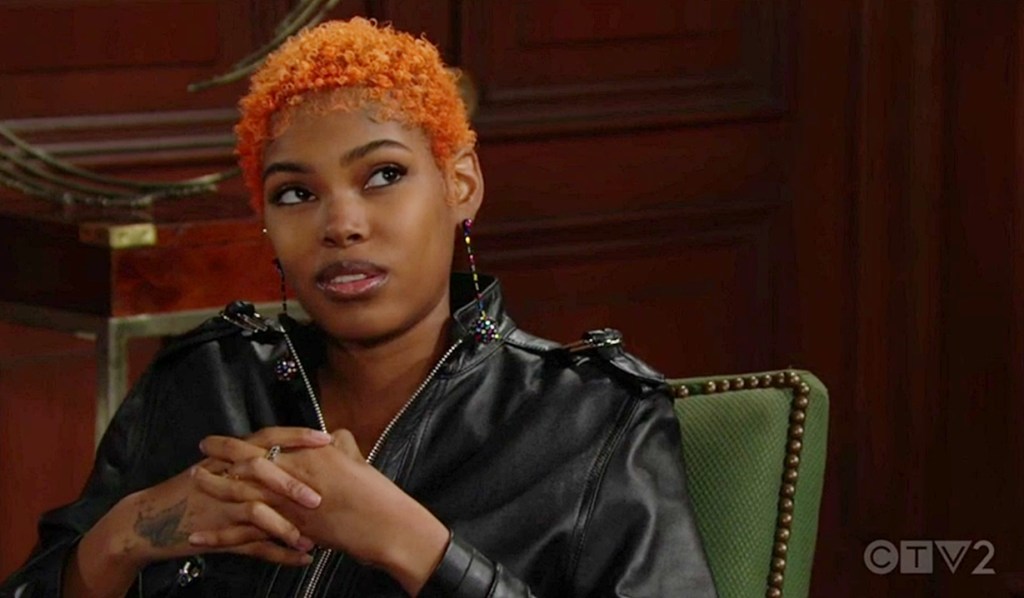 More: Eric’s next wife should be…

At the cliff house, Finn marvels to Steffy at how unbelievable it is that Jack betrayed Li like this. Steffy tells him he’s remarkable as a husband and father, but she has to ask, “How do you really feel about Jack being your biological father instead of some nameless, faceless man you’ve always wondered about?” She reminds him what a close bond they shared. Finn believed he was a stand-up guy but he was keeping this secret about what he was to him. He doesn’t know what to do about all of this. Everything’s shifted beneath his feet. Steffy knows he feels lost, but she’s there; Kelly and Hayes are there, and he can count on them. The kids will always look up to him and admire him. Whatever he decides to do about Jack is up to him. She assures him that he’s not alone and he can lean on her. “You can count on my love. Always.” They kiss.

Next on The Bold and the Beautiful: Sheila and Deacon fantasize about their perfect Thanksgiving.

Will Paris find herself drawn to Thomas after all? Take a look back on Bold & Beautiful’s most memorable love triangles in our photo gallery below. 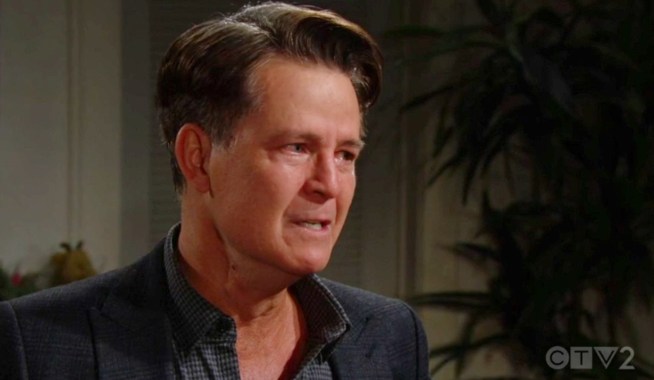 Ridge and Brooke Host Their Families, While Deacon and Sheila Fantasize About Their Perfect Thanksgiving 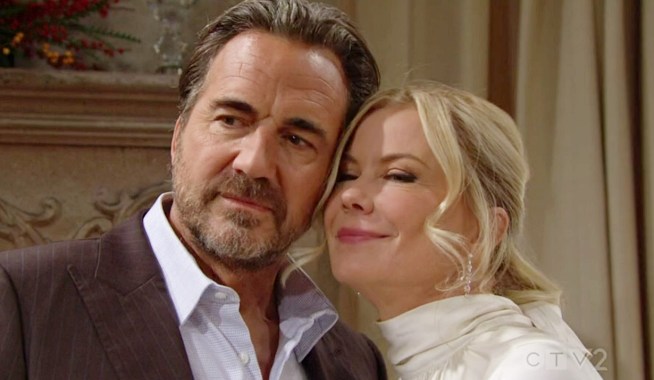