Tuesday, November 16, 2021: Today on The Bold and the Beautiful, Finn shares his determination to find his birth father, Katie and Carter pump each other up, and Jack prepares to come clean with Li. 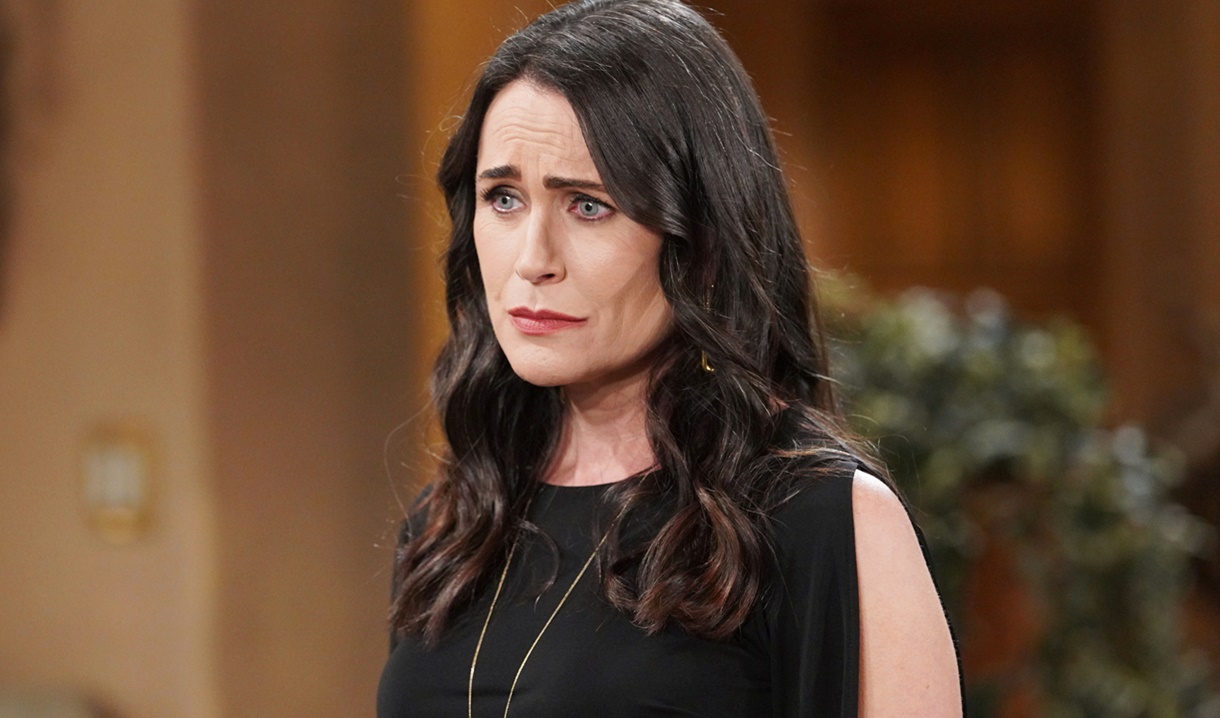 At the cliff house, Finn tells Steffy that he didn’t get any answers from Sheila, who claims she doesn’t know who his biological father is. He decides if Sheila can’t narrow it down he’ll have to take matters into his own hands. Hopefully he won’t regret what he finds. Steffy understands wanting to know his roots and where he comes from. Finn feels lucky having the parents he does; it doesn’t matter if they don’t share DNA. “I already have the best dad anyone could ask for. Jack Finnegan is my father in every way that counts.”

Finn just wants his birth father’s name. He might not even do anything with hit. Finn feels bad about the idea of hurting his dad though. Steffy thinks Jack would understand, and notes that on the bright side, he couldn’t be as bad as Sheila. Finn goes over how privileged he was to grow up in the Finnegan household. Steffy’s sure they’ll support him if he finds his birth father. Finn thinks Li is doing her best to put the whole ‘Sheila Carter’ chapter behind her. Steffy nods. “We all are.”

At Il Giardino, Sheila informs Jack that he doesn’t have any choice but to admit to Finn that he’s his biological father. Jack stews that it would be catastrophic to his marriage and his relationship with his son. Sheila opines that Finn has already heard the truth about her life… it’s time he heard the truth about Jack’s. Sheila counsels that leading with the truth is the best way forward. Perhaps unburdening himself will give him some relief. “The truth is going to come out, it always does.” She feels it’s better they hear it from him.

Katie enters the design office with a delivery from Ridge for Carter. He grins that she didn’t need to bring this herself. She wanted to. Talk turns to Quinn and Katie wonders where things stand with them after she made him feel second best. Carter shrugs, “It wasn’t the first time.” They commiserate about feeling second best. Carter has enjoyed getting to know Katie, and just like she’s ready to move on, it’s time for him to move on too. He talks about doing everything alone and Katie can relate… a little too much. They share a laugh. Carter can’t deny the connection he shared with Quinn but it was based on a foundation of betrayal. “It was doomed from the start.” Katie knows he’s a good upstanding man… and is brilliant and charming. Carter says neither of them should be second best, especially her. “You’re like no one I’ve ever met.” 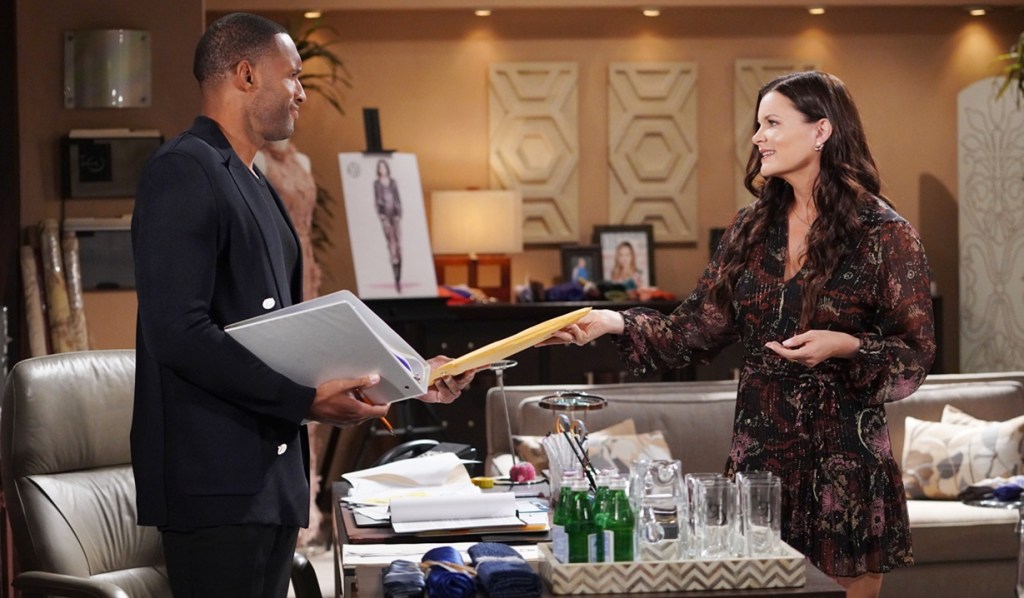 Quinn enters the Forrester mansion and hugs Eric. She asks if he’s okay; he seemed lost in thought. He was thinking about them. She has been too — they lost their way and need to find their way back. Eric asks, “Together?” Quinn replies, “Of course.” She loves him from the depth of her soul and is really sorry for hurting him. Quinn knows things aren’t the same between them and feels the onus is on her. “Maybe I’m the problem in this marriage.” She’s mad at Donna, but thinks she has to take some of the blame for what happened. He’s been suffering for months now thinking his body’s failed him, when maybe it’s her. Quinn has to understand how he can get excited by Donna and not his own wife. That’s the key to repairing their marriage. 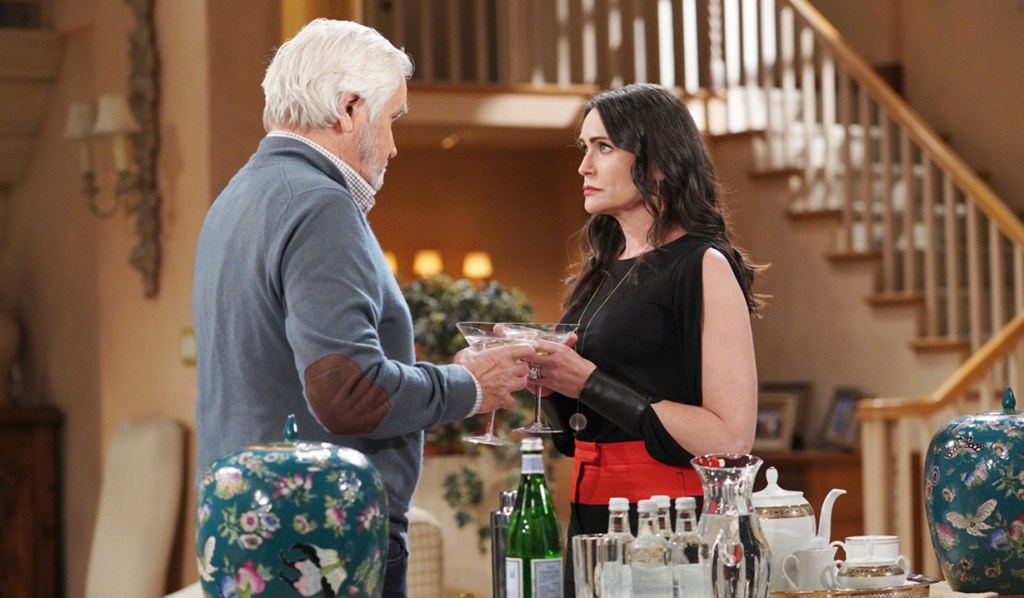 Eric fixes martinis and hands one to Quinn. She talks about how he transformed her life. “And what did I do? I took it all for granted.” Quinn messed up the greatest gift of her life. She doesn’t want to be that woman anymore. “I want to make you happy again, Eric. I want to put a smile on your face.” She asks, “Assuming that’s what you want?” Eric remains silent and sips his martini so she gets the feeling he wants her to leave. Quinn begins walking away but stops when Eric starts playing It Had to Be You on the piano and singing. Looking emotional, Quinn makes her way to him and tearfully listens as he finishes the song. She joins him on the piano for ‘their’ song and then Eric stands. “Quinn, you’re my wife. This is where you belong.” They kiss and embrace. 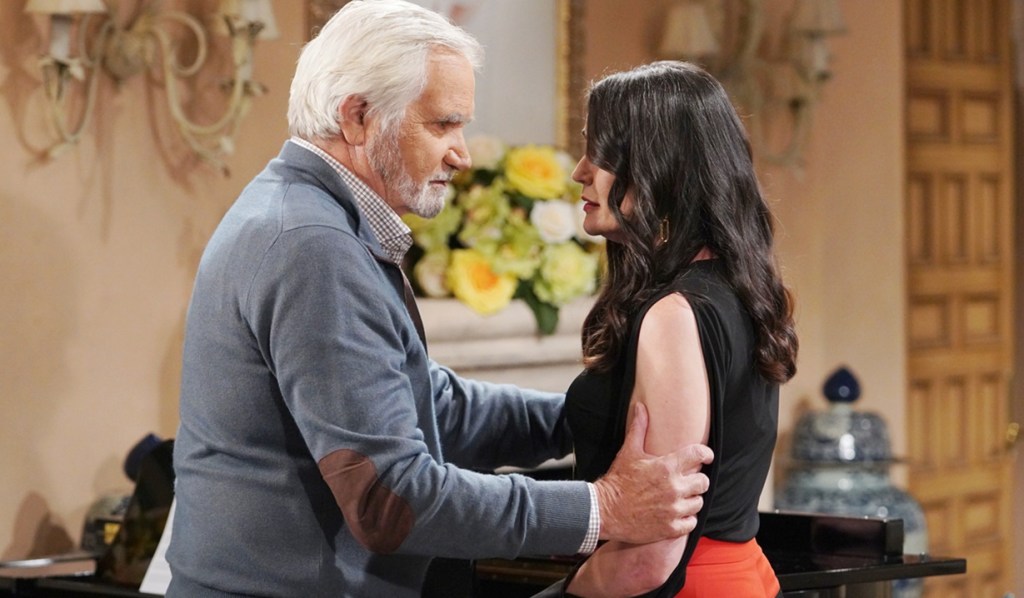 Jack joins Li in their hotel suite and she asks what he’s been up to. She senses that he seems off as Jack flashes to Sheila saying it would be better coming from him. He talks about how great their recent trip was before broaching, “Li, I have to tell you something and I desperately hope you’ll understand.” 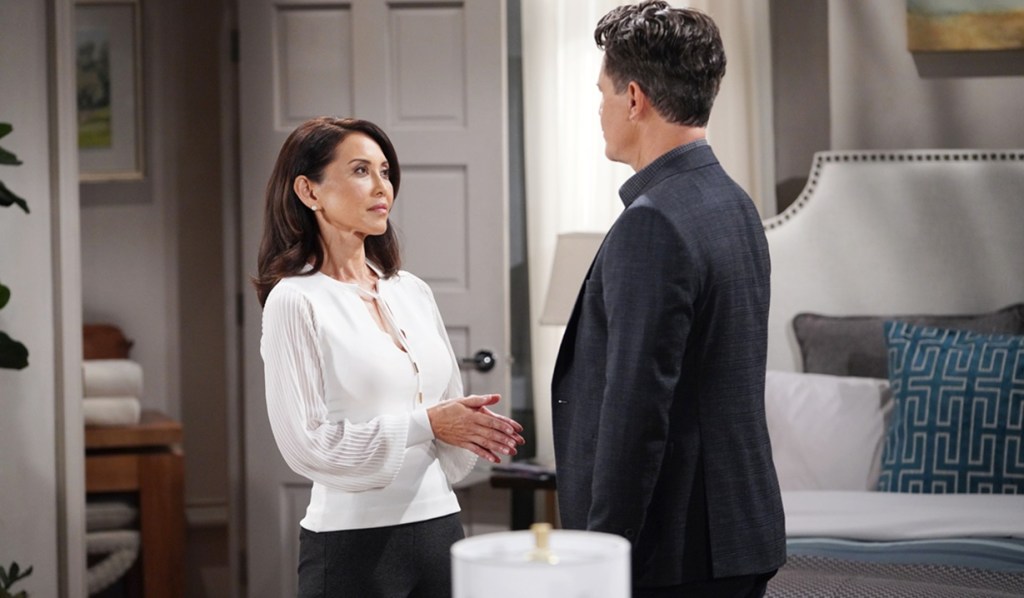 Next on The Bold and the Beautiful: Zende seeks Quinn’s help.

As she looks set to embark on a new romance, look back on Katie’s life and times in our photo gallery below. 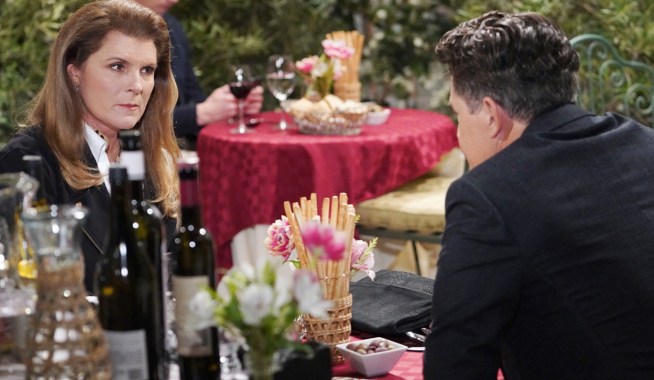 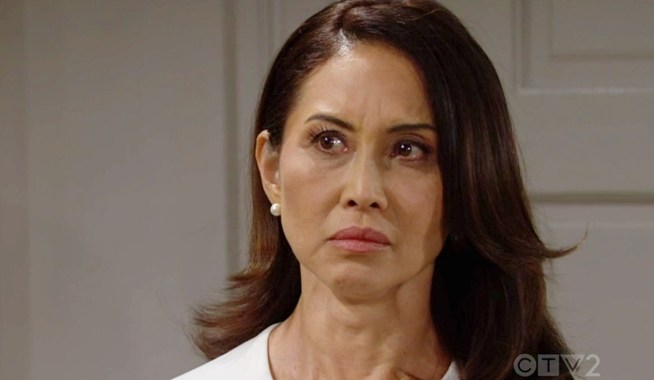