Wednesday, November 3, 2021: Today on The Bold and the Beautiful, Steffy reads Hope the riot act, Quinn reveals her request to Shauna, and Brooke hopes Quinn is history. 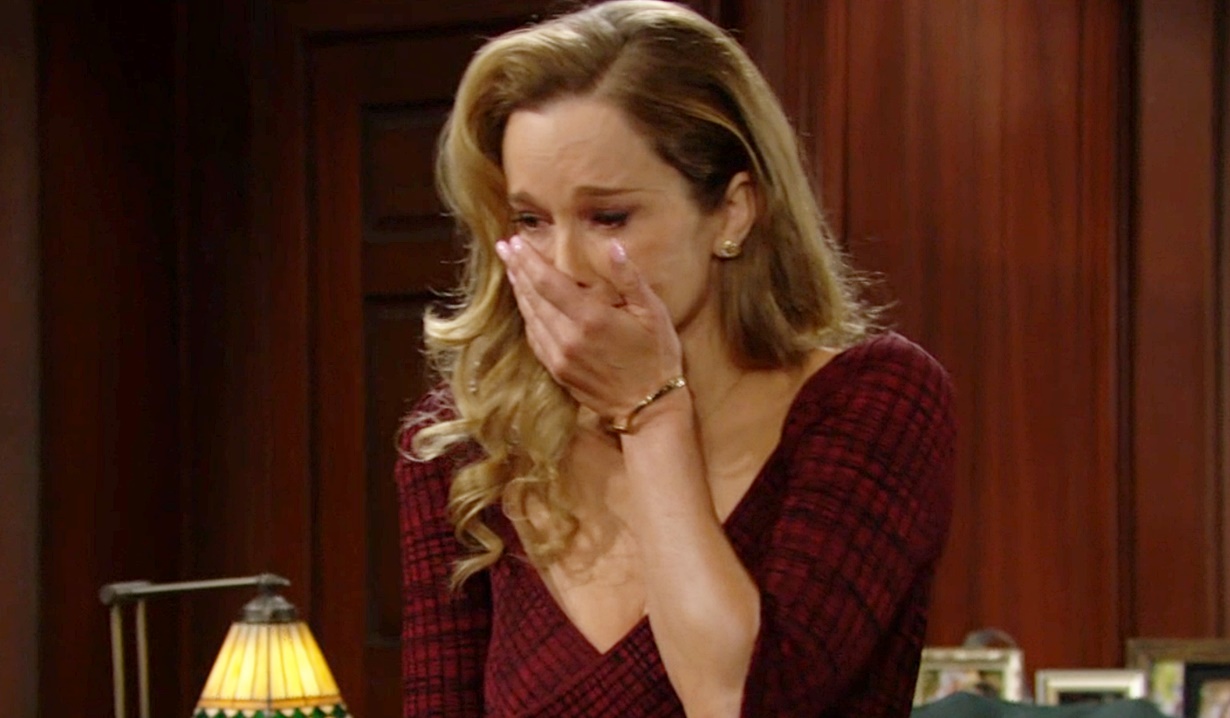 In the design office, Steffy can’t believe Hope was advocating for Finn to have a relationship with Sheila and complaining how unfair it is she can’t have a relationship with Deacon. She reminds Hope that they’re both poison. She should be telling Finn to stay away from Sheila, not the opposite! Hope and Finn explain how they’re in the same boat with their parents. Steffy argues that Sheila and Deacon are making them targets. “Please tell me you understand?!” Finn’s offended, so Steffy explains she doesn’t want them to be casualties. Hope knows Deacon is no saint, but is it really fair for everyone to demand they cut their parents out of their lives without even giving them a real chance? “I don’t think so.” 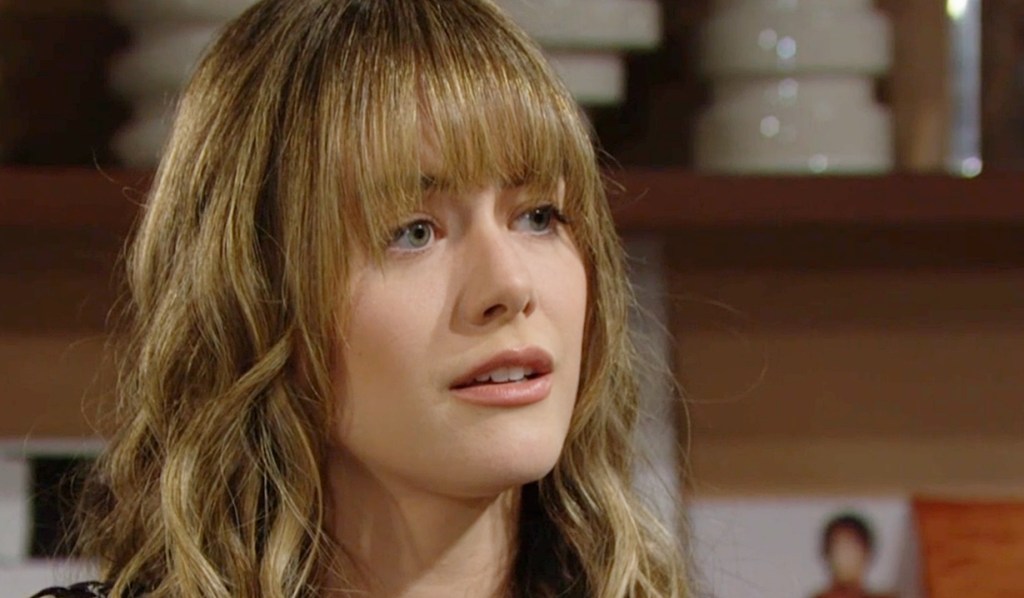 Finn doesn’t want them getting into it over this. Steffy and Hope want to speak alone, so Finn exits after assuring his wife of his love for their family. Steffy informs Hope if she wants a relationship with Deacon that’s her business, but to keep Finn out of it… and their marriage. Hope’s not trying to get into Finn’s head, they just have this in common. She insists her guard is up when it comes to Sheila, but they only just got them back. Is it really that bad if she and Finn want to see if they’ve changed? “It’s about second chances, Steffy.” Steffy argues they’ve given Sheila multiple chances. She urges Hope to tell Finn to stay away from Sheila and she should stay away from Deacon. Hope insists it’s not that cut and dry; they’re their parents. Steffy declares that Sheila and Deacon’s relationship is a manipulation and it’s working. She invites Hope to do what she pleases when it comes to Deacon, but to stay out of the situation with Sheila, and out of her marriage. 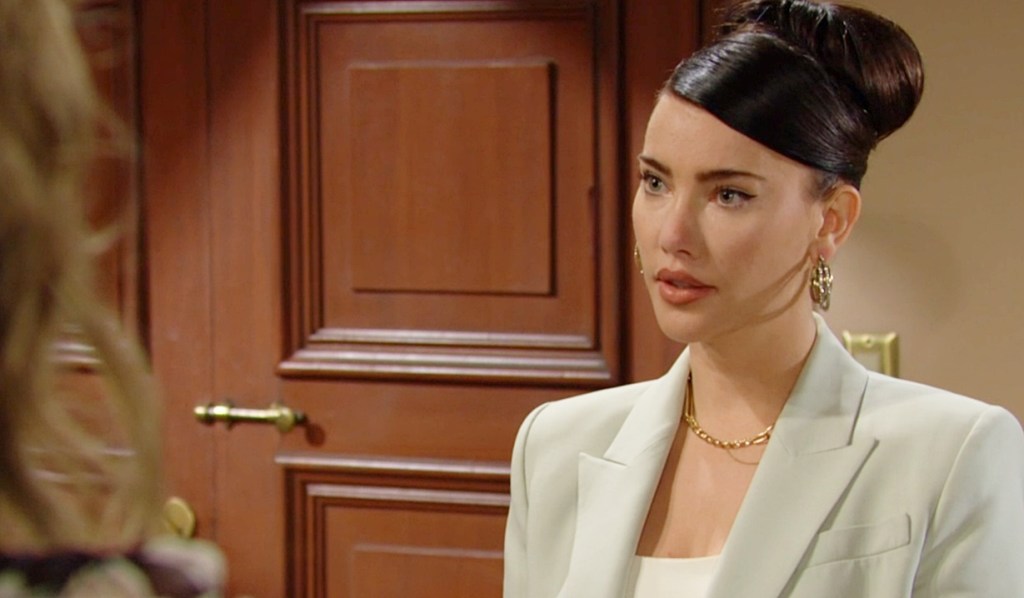 At Il Giardino, Brooke asks Katie, “Looking for somebody?” Katie muses that he’s probably back at his office by now. Brooke queries, “He?” Katie changes the subject to Eric asking to speak to Donna alone. Brooke hopes he’s telling her he’s leaving Quinn. She feels Donna can give him so much more than Quinn ever could. Katie doesn’t blame Donna for feeling like her life was in danger from Quinn… she’d have felt the same way. Brooke grimly points out that Quinn won’t give up without a fight, she just hopes Eric has seen the light.

More: A Sheila and Deacon twist?

At the Forrester mansion, Quinn updates Shauna that Eric is with Donna now… doing what he should have done from the start. Shauna sympathizes with her friend having to hear that what she was hoping would happen between her and Eric, happened with him and Donna. Quinn says that it being a Logan woman makes it so much worse! She complains about Katie holding Eric’s hand, Brooke sticking her nose in, and Donna hitting on her husband. Quinn cannot tell a blind eye to this and had to insist that Eric give Donna the boot from the office and their personal lives. If he respects her and their marriage, Donna will be gone today. 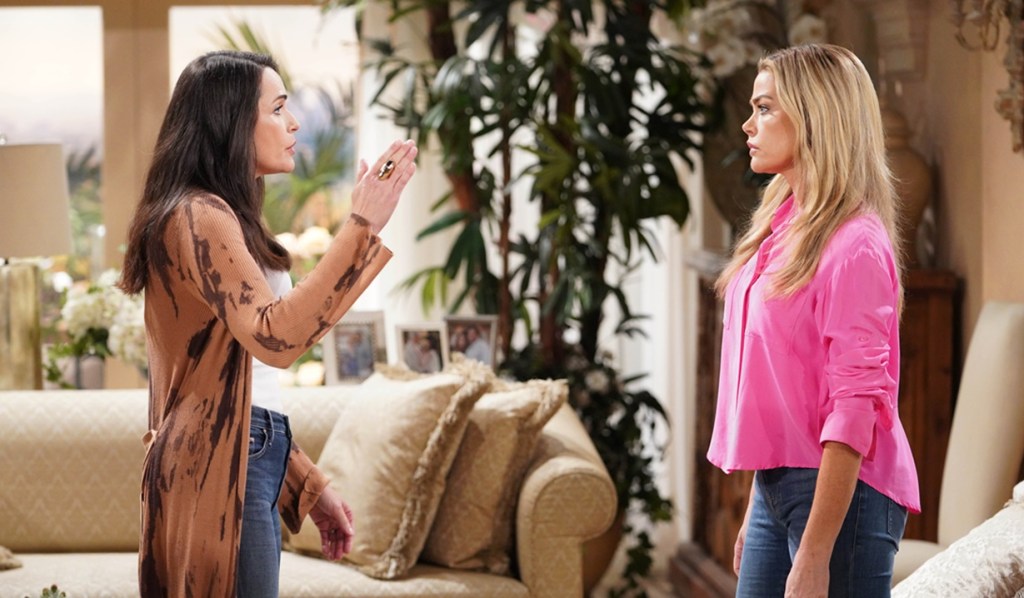 In Forrester’s main office, Eric tells Donna it’s time they talk about their future. Donna just wants him to be happy, which means so much to him. Eric says he had to be honest with Quinn about what happened between them, and it was impossible for her to accept. Donna thinks it must have been painful for her to hear that and hopes she didn’t take it out on him. Eric doesn’t want to talk about Quinn. He needs to tell Donna about a decision he’s made that will affect both of their futures. Donna is eager for him to spill it.

Eric recaps how wonderful it was to have a breakthrough with Donna. He goes over how calm and loving she has always been and then agonizes. She asks him what’s wrong. Eric sighs. Donna must know how seriously he takes his commitments and vows to Quinn… and she wants her gone from Forrester Creations and their lives. Donna gawps. “Don’t tell me that you’re going to…” Eric is sorry—he didn’t want to end it this way but he wants to honor his wife’s wishes. “I hate telling you this…” Donna says, “Stop.” She’ll clean out her desk and doesn’t want to make this any harder for him than it already is. She will cherish their memories and reminds him that her love for him is constant. It will never waiver. “You are the one great love of my life, Eric Forrester. And nothing, or nobody, will ever change that.” Eric walks out. Donna sobs. At Donna’s desk, Eric looks pained.

Next on The Bold and the Beautiful: Sheila reveals the next part of her plan to Deacon.

Revisit Hope and Steffy’s rivalry in the photo gallery below. 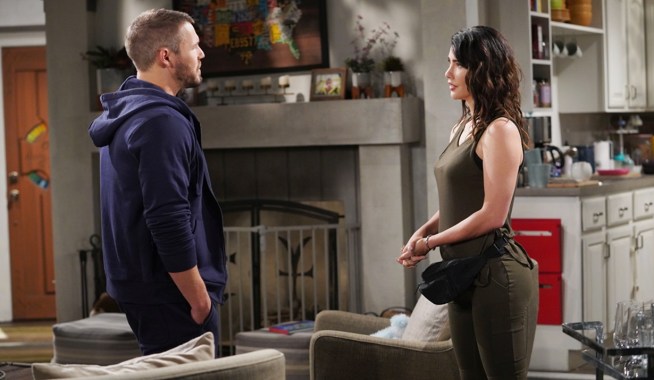 After Making a Pact With Liam, Steffy Lashes Out at Hope for Interfering in Her Marriage to Finn 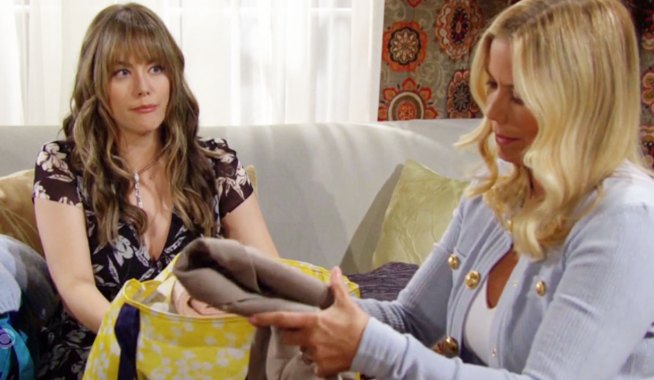