Friday, October 29, 2021: Today on The Bold and the Beautiful, Katie lets Carter in on a secret, Brooke pushes her agenda, and Eric tells Donna how she makes him feel. 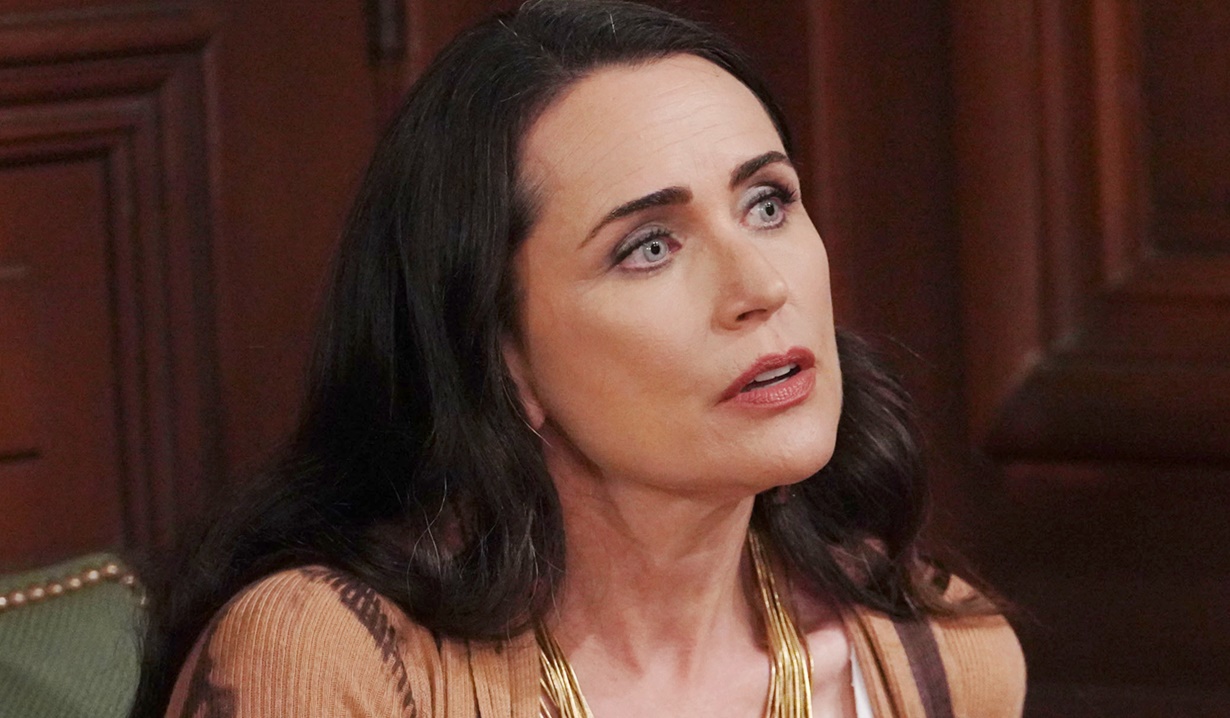 At the Forrester mansion, Quinn flashes back to Brooke’s visit to Eric and telling him that Donna’s the one who can make him happy. Shauna arrives having received Quinn’s urgent text. Quinn says her marriage is under attack by the Logans again. Shauna rolls her eyes. “What’s Brooke up to now?” Quinn explains it’s not Brooke, it’s Donna. She recounts that Brooke was there and she can’t even believe what she overheard or what she was encouraging Eric to do. Shauna asks her to calm down—it sounds like she’s saying Eric cheated on her. Quinn relays that every time he tries with her, he can’t. “But he can with Donna!” She recaps what she heard and admits there’s a part of her that wants to be happy for Eric, but, Shauna interjects, “It breaks your heart that it was with Donna, and not you.” Quinn worries what Brooke will turn this into. She told Eric that his body was sending him a sign that he needs to spend the rest of his life with Donna! Quinn prepares to leave and Shauna cautions she’s not in a good place. Quinn won’t let Donna think she can hit on her husband. It might have happened twice, but it’s not going to happen a third time. “Trust me.” 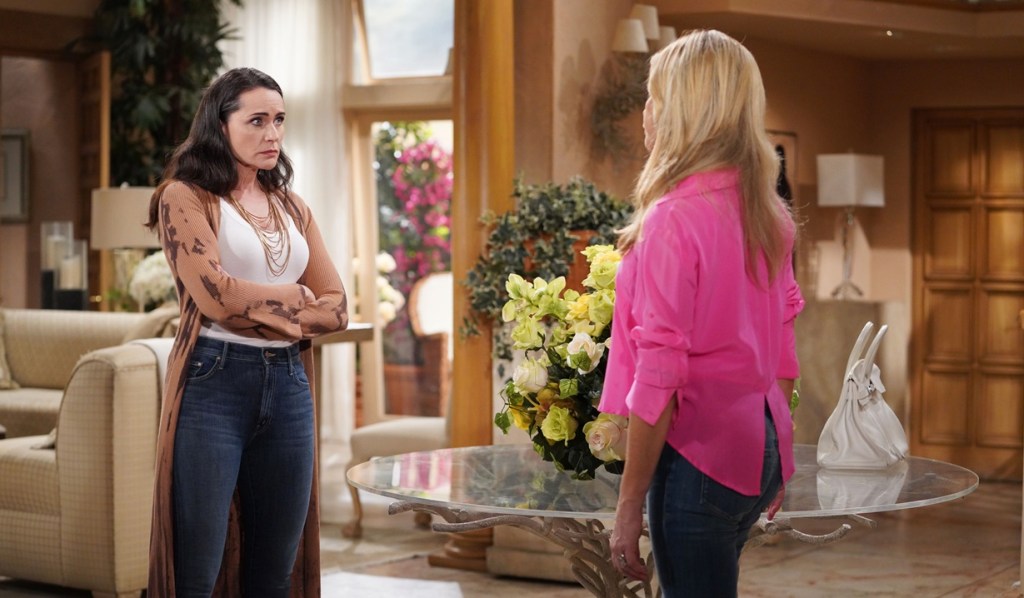 More: The Courtney Hope wedding compilation that has everyone crying

In the Forrester office, Donna’s upset with Brooke for going to Eric. She wants him to make this decision on his own. They both paste smiles on when Eric enters the office. He doesn’t mind walking in and hearing their thoughtful words. Brooke asks if he’s had a chance to think about what she had to say yesterday and pushes the point despite Donna and Eric’s protests. Brooke is happy that he’ll be able to find trust, commitment and love again. Donna doesn’t want Eric to feel cornered, and she’ll never do anything to jeopardize his marriage. Eric knows that; he also knows that something significant happened between them. He plans to tell his wife so she doesn’t find out from anyone else. Eric asks to spend some time with Donna, and Brooke gladly accommodates. 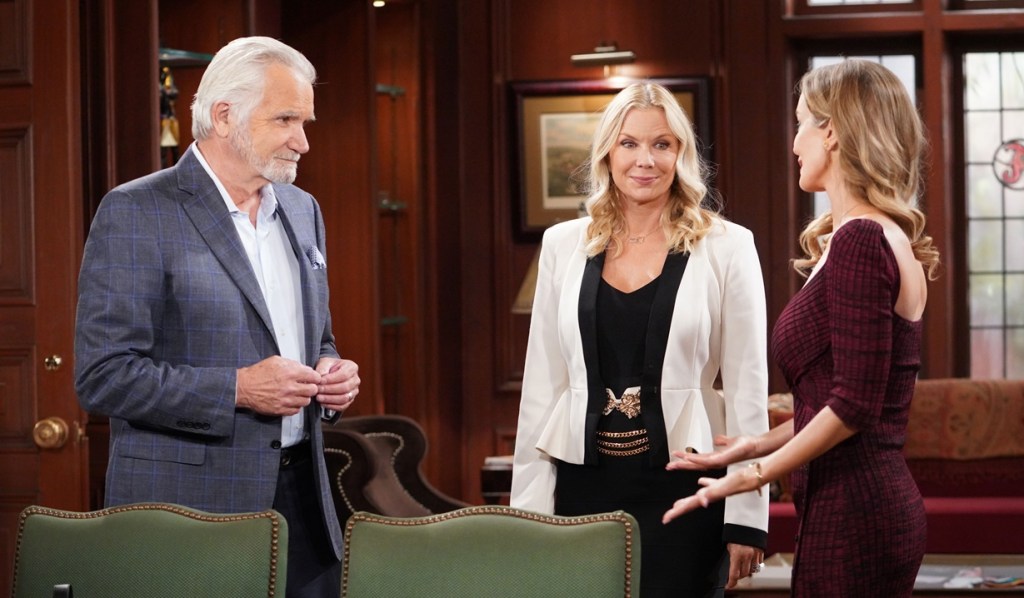 Once alone, Donna tells Eric that she doesn’t want what happened between them to complicate his life. On the contrary, Eric explains that it’s given him hope; he’s very grateful to her. He admits Donna confessing her feelings gave him a lot to think about. Whatever happens moving forward, it’s something he’ll never forget. 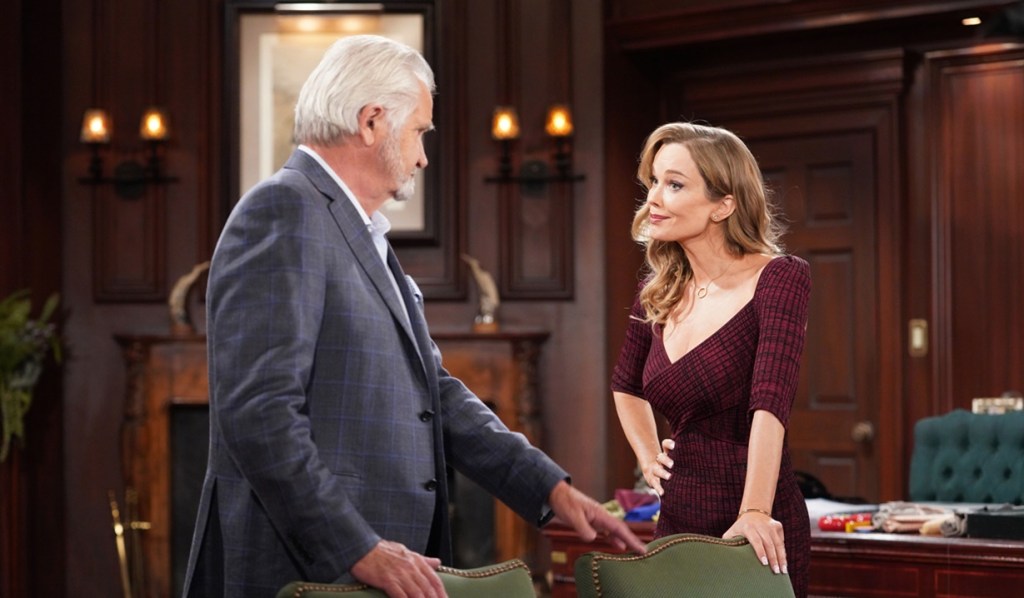 At Il Giardino, Carter joins Katie and asks what’s going on—why did she want to see him? He guesses legal advice and she admits it’s not for her, but for Eric and Quinn. Katie tells him something is going on that he should know about. “Something with Eric, Quinn… and Donna.” She fills him in on Donna and Eric sharing a tender moment and an embrace… and that Eric “reacted.” Carter marvels at the news and then asks, “Why tell me?” Katie knows he has feelings for Quinn. “What if Eric doesn’t really want to be with Quinn.” It could open up possibilities for him. “How do you feel about that?” Carter’s puzzled at her seemingly playing matchmaker for him and Quinn given she showed up at his apartment to chew him out about the relationship. Katie has come to care about him and felt he deserved to know. Carter muses, “You care about me?” Katie demurs, “Of course I do.” They’ve worked together for a long time and they’re both card carrying members of the Lonely Hearts Club. Carter places his hand over hers. “I never feel lonely when I’m with you.” 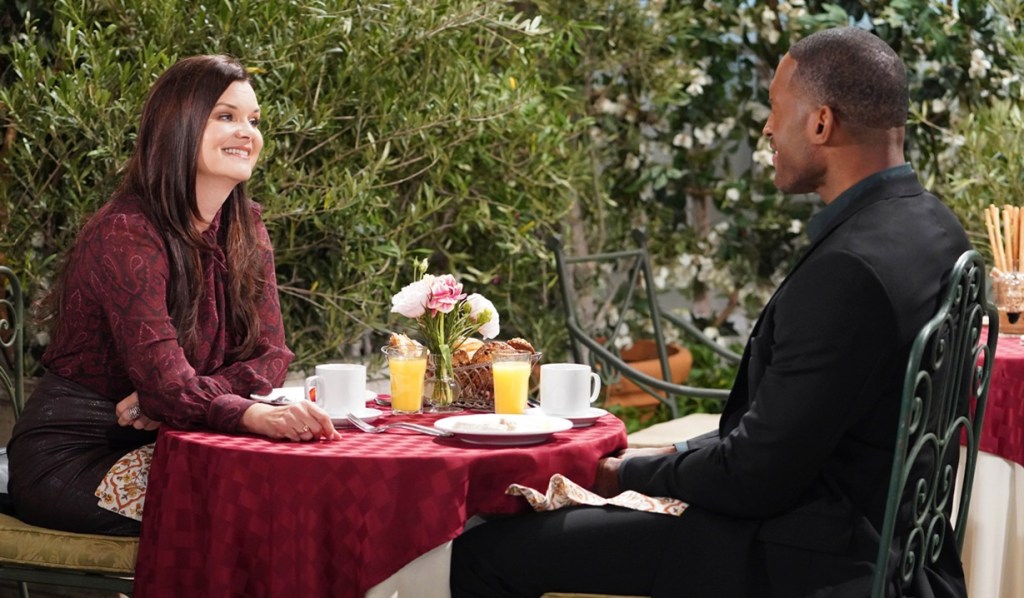 In the Forrester office, Donna is thinking about Eric when Quinn slams in and startles her. Donna attempts to move past her to return to her desk, but the brunette won’t let her by. Donna doesn’t know what’s going on here. Quinn urges her to think… what might she have done recently that would upset her? “I know, Donna. I know what you’ve been up to with my husband.” Donna supposes she heard the good news. Quinn scoffs at “good,” and ruminates about Donna taking the Logan women’s taking their interference to a whole other level. Woman to woman she asks if Donna can understand how difficult this has been; watching Eric not able to be the husband he so desperately wants to be. “I was loving, I was caring and supportive and beyond understanding.” Donna explains that she and Eric have a lot of history. Quinn doesn’t care. She is Mrs. Eric Forrester. 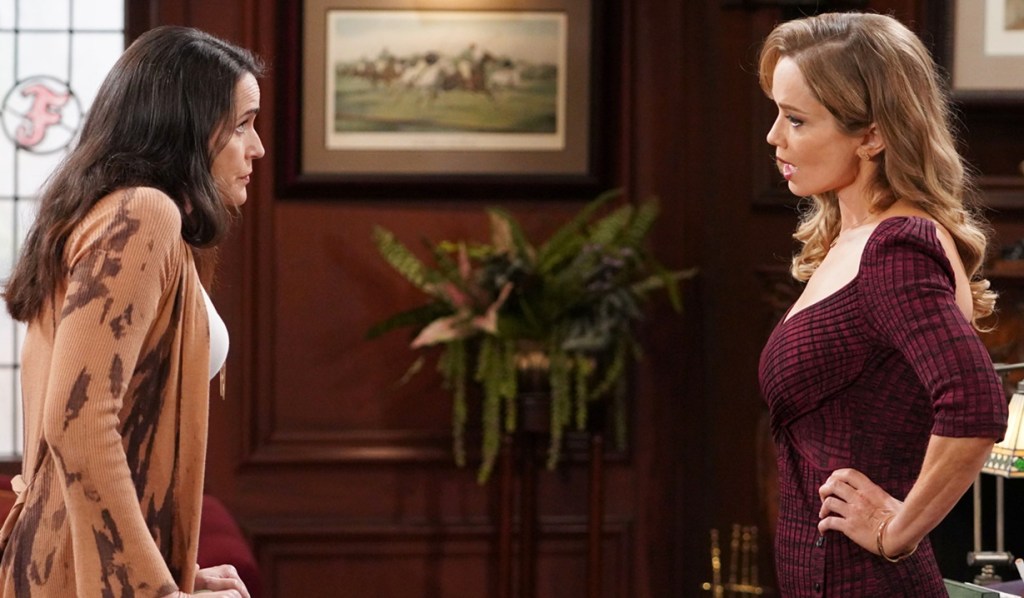 Quinn fumes, what is it with the Logan women going after married men? Donna insists it wasn’t like that—it was innocent. Quinn gawps, “How stupid do you think I am?!” She warns that lightening may have stuck when she poured honey all over herself but it’s not going to happen again. Quinn informs Donna that she will never see her husband ever again!!

Brooke finds Eric at the Forrester mansion and advises him against telling Quinn what happened between him and Donna. She could go ballistic—they don’t know how she’s going to react!

Next on The Bold and the Beautiful: Quinn goes on the attack.

Get ready for the return of Steffy and Thomas’ mother by looking back on the life of the beautiful Taylor Hayes in the photo gallery below. 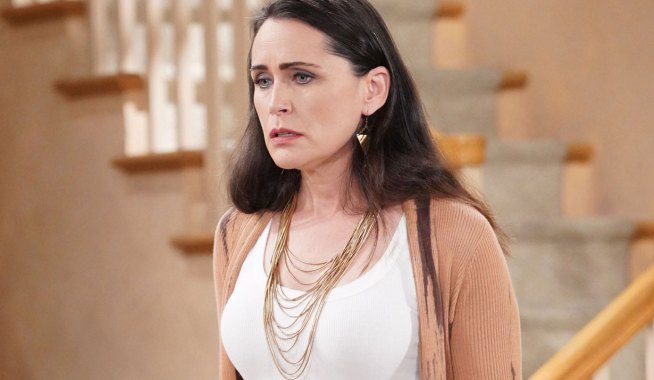 After Donna Accidentally Reveals a Secret, Quinn Overhears a Conversation Between [Spoiler] That Leaves Her Livid 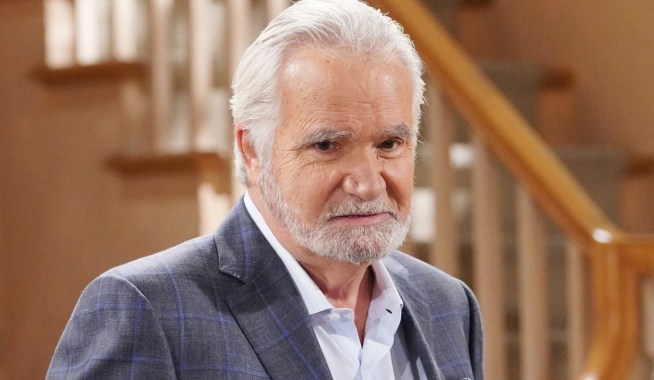