Monday, October 18, 2021: Today on The Bold and the Beautiful, Donna sounds off about Quinn, Katie gives Bill an answer, and Brooke and Ridge are interrupted. 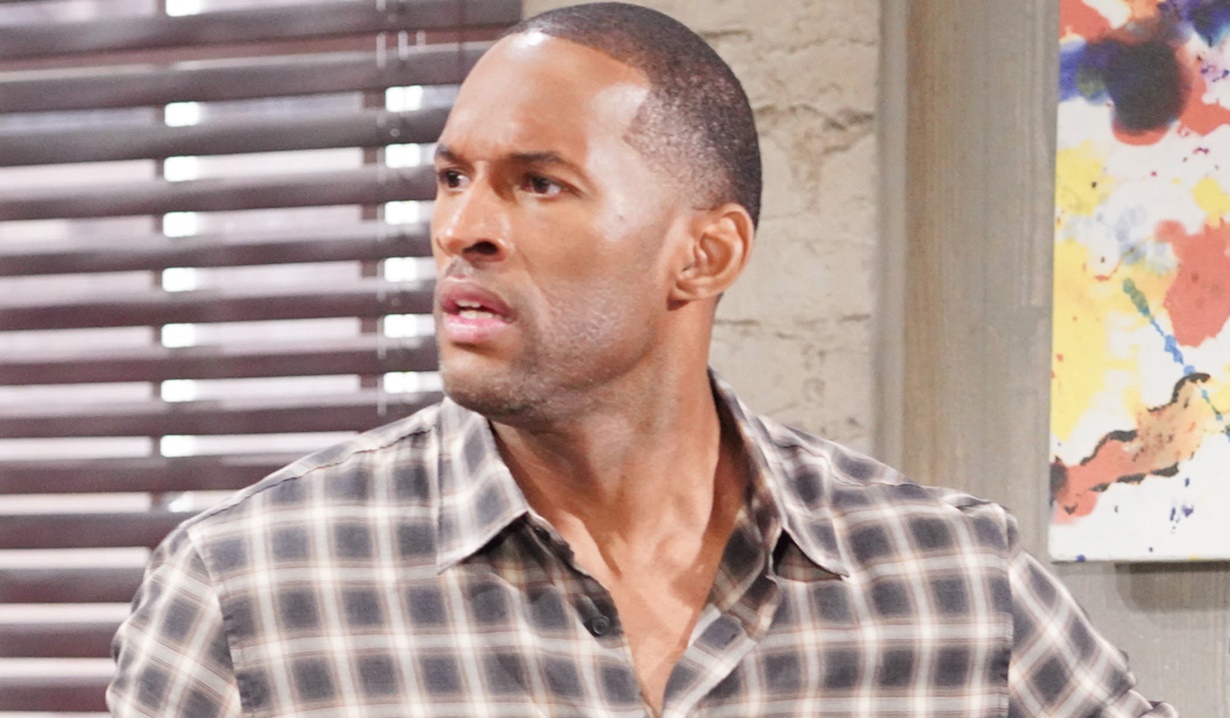 In his loft, Carter tells Quinn he loves her and that this is their chance to be together. “Say yes. Say you’ll run away with me.” Quinn’s head is spinning and feels like her heart is going to beat out of her chest. Carter wants to stop hiding and holding a secret affair. She protests that he’ll lose everything. He doesn’t care. The only thing that matters is her and them being together. “Tell me you want that too, Quinn.”

In the Forrester Creations office, Brooke and Donna trash Quinn for taking Eric up on his offer for her to have sex with Carter. Ridge enters and joins the fray. Donna questions if Eric did that, whether he really even loves Quinn. She thinks he’s afraid of being alone. Donna wonder if he really has a medical condition or just doesn’t trust his wife. She muses that maybe Quinn would be happier someplace else.

At the loft, Quinn tells Carter the idea of running away from him is incredible, but she’s married. They can’t just give up everything and start over. Carter argues that all they need is the two of them and their connection. “Are you saying it’s over? I risked it all for you.” Quinn can’t just walk away from Eric and the life they built together. “I have to go home.” Carter tries again to stop her, but she says, “I can’t. I just can’t.” Carter agonizes as she walks out the door. 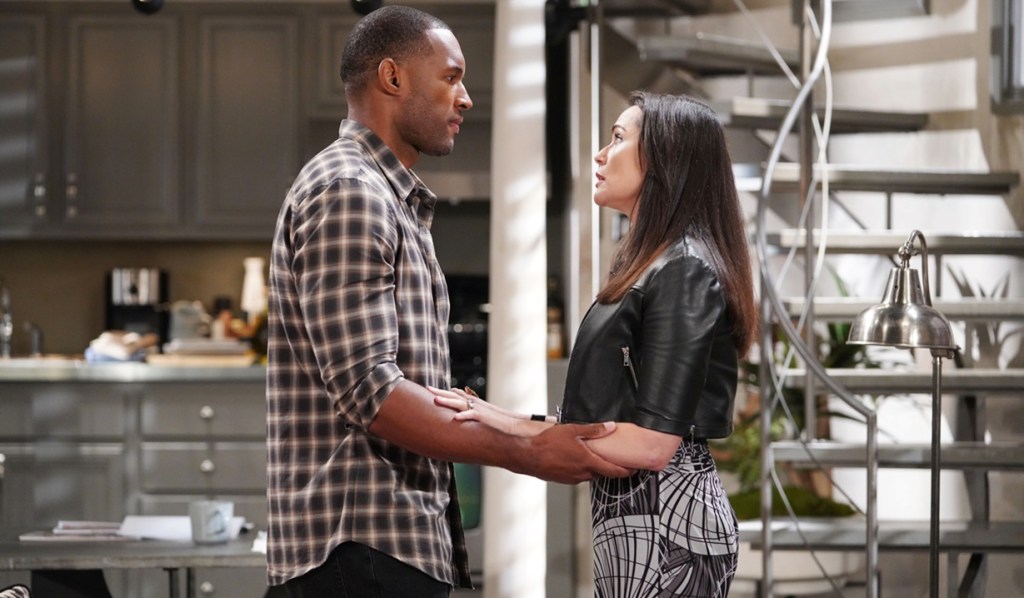 In the design office, Bill vows to Katie that he’ll be a better man; he’ll be everything she needs him to be — if she’ll just give him another chance. Katie has been burned too many times and says, “I’m sorry, Bill. But I think it’s too little, too late.” Bill declares he’ll do anything he need to do. “Just tell me!” Katie is exhausted. Bill refuses to give up on them. Katie argues the back and forth isn’t healthy for any of them, especially Will. “I want something different. I want my man to be mine.” She wants someone who craves companionship and connection the same way she does, and she doesn’t think that man is Bill. He disagrees. Bill wants those things for himself and knows he touches her soul. He will fight to get her back and nothing will get in his way. 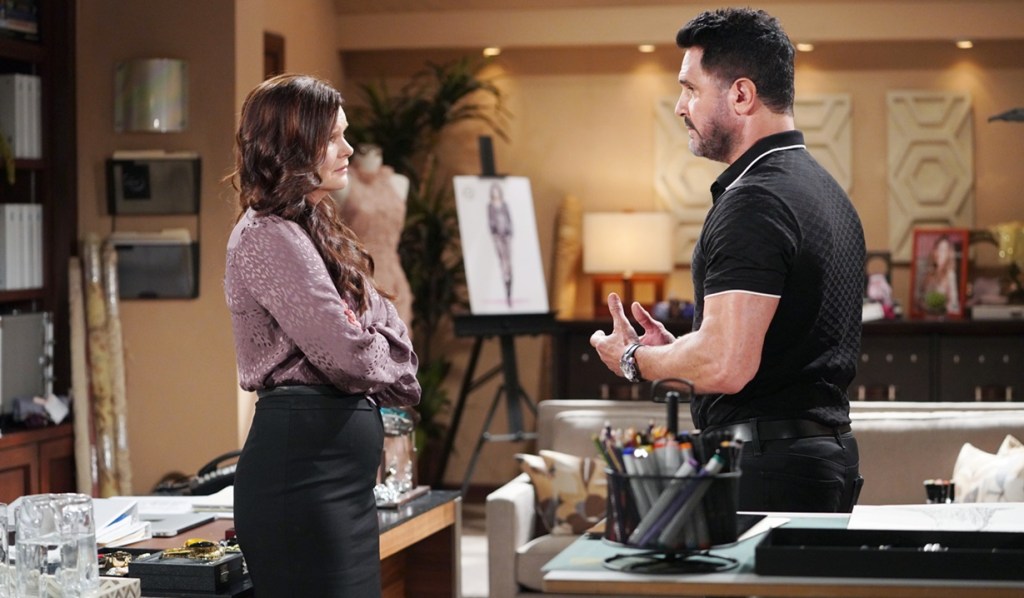 At Thomas’ apartment, Paris double checks that Zende is comfortable with her new living arrangements. Zende isn’t jealous or insecure because there’s no reason for him to be. He asks, “Is there?” Thomas assures him it’s obvious how much they care for one another and he wouldn’t do anything to mess with that. Zende tells Paris he has a special night planned for them. She heads out to the car to get her purse after thanking Thomas again. Once alone, Zende assures Thomas he’s not the jealous type, but wants to make sure he knows how serious he is about Paris. Thomas offers to find another place to live if he’s feeling weird about the arrangement. Zende says Thomas is his cousin — he trusts him. 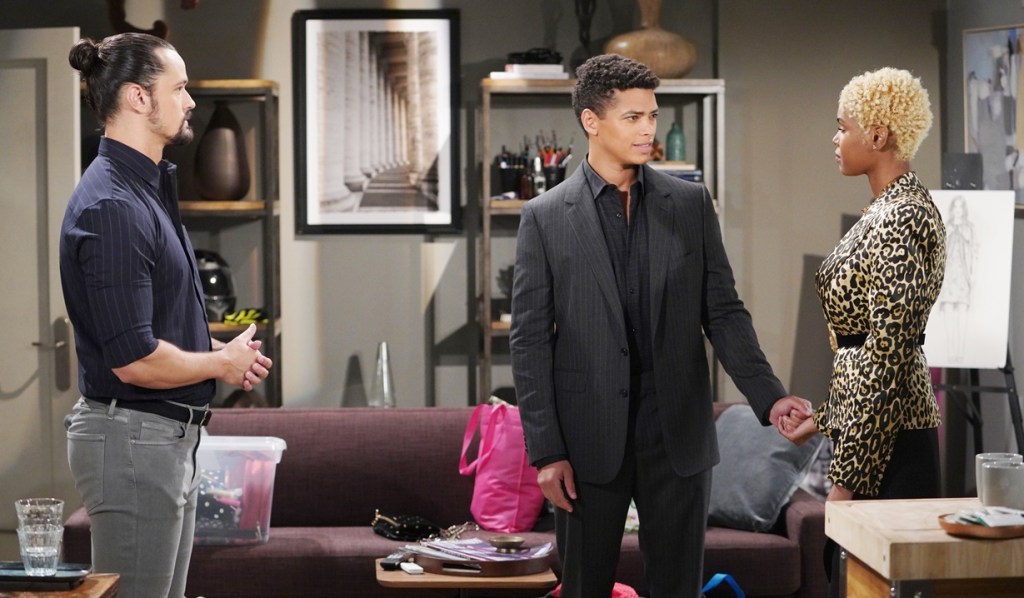 At Zende’s place, he has a romantic set-up with candles and flowers prepared to surprise Paris. She’s happy to stay there and have him all to herself than go out. He reiterates that he’s fine with her new living arrangement and wants her to feel settled somewhere until she’s ready to move in with him. Zende then asks that they pause the talk about Thomas for tonight to focus on them. They kiss. 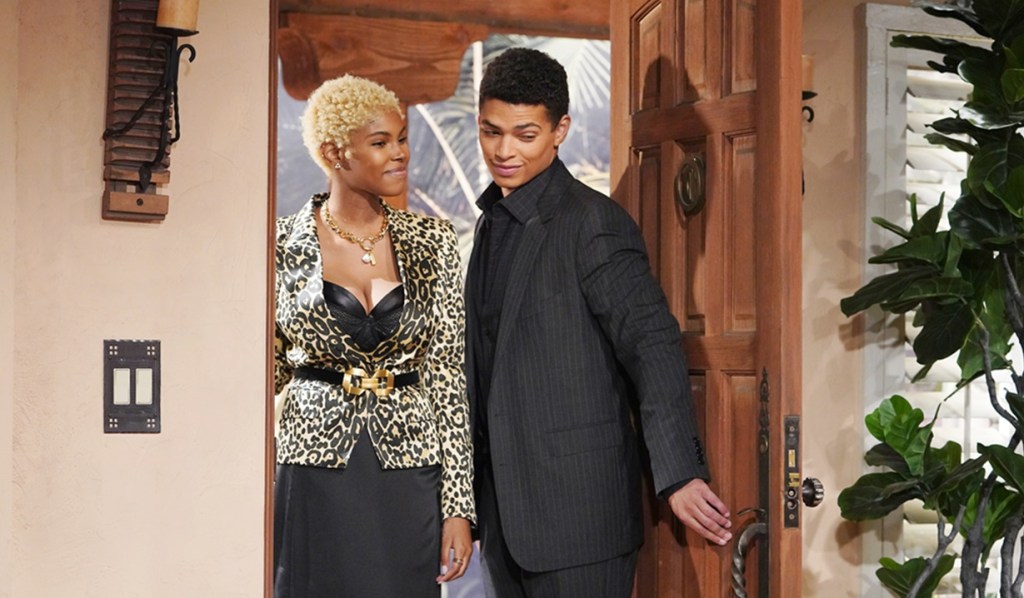 In the main office, Brooke, Ridge and Donna wonder what it’s going to take for Eric to get Quinn out of his system. Ridge and Donna figure she won’t let him go; she has too much to lose. Brooke sniffs that they haven’t accepted her and she’ll never be the Forrester matriarch. She destroyed Eric’s confidence and dignity by sleeping with Carter.

In his loft, Carter relays Quinn’s words in his mind and grimaces. A knock comes at the door and he hopes it’s her. But it’s Katie, who tried to stay silent but couldn’t keep her thoughts to herself any longer. “Eric is such a good man. How could you do this, Carter? How could you?” She walks past him into the living room. 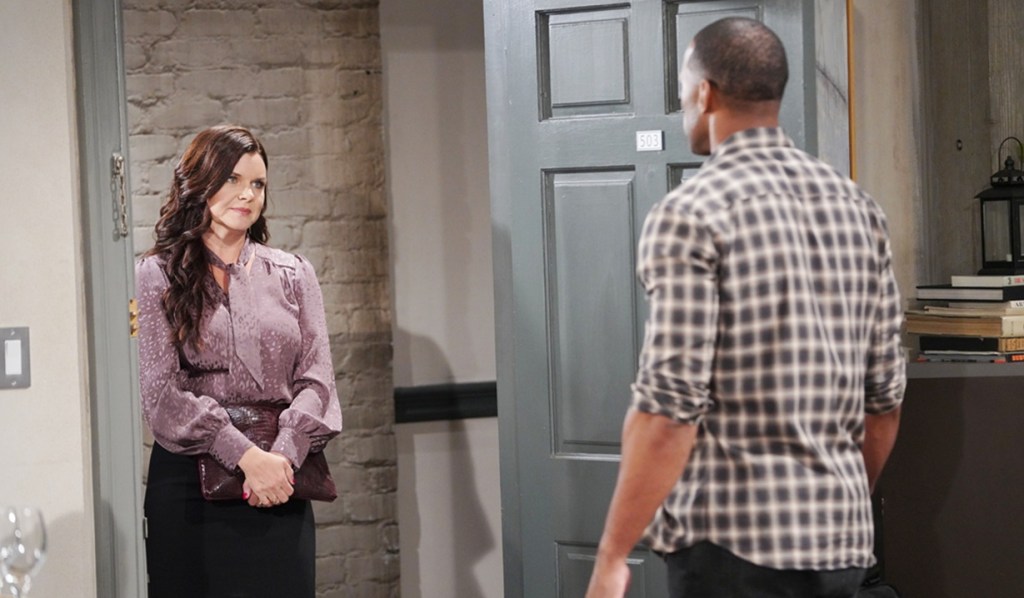 In his apartment, a shirtless Thomas moves things around and picks up a garment of Paris’. He stops and smiles.

At Zende’s, he tells Paris that tonight is the night that could change their lives forever. They start kissing passionately.

In the main office, Ridge and Brooke are canoodling and feeling grateful for their wonderful relationship. Brooke suggests they go home, order some food, and crawl into bed. They keep kissing until Bill walks in. “I didn’t mean to interrupt.” He tells Brooke, “I need your help with Katie.” 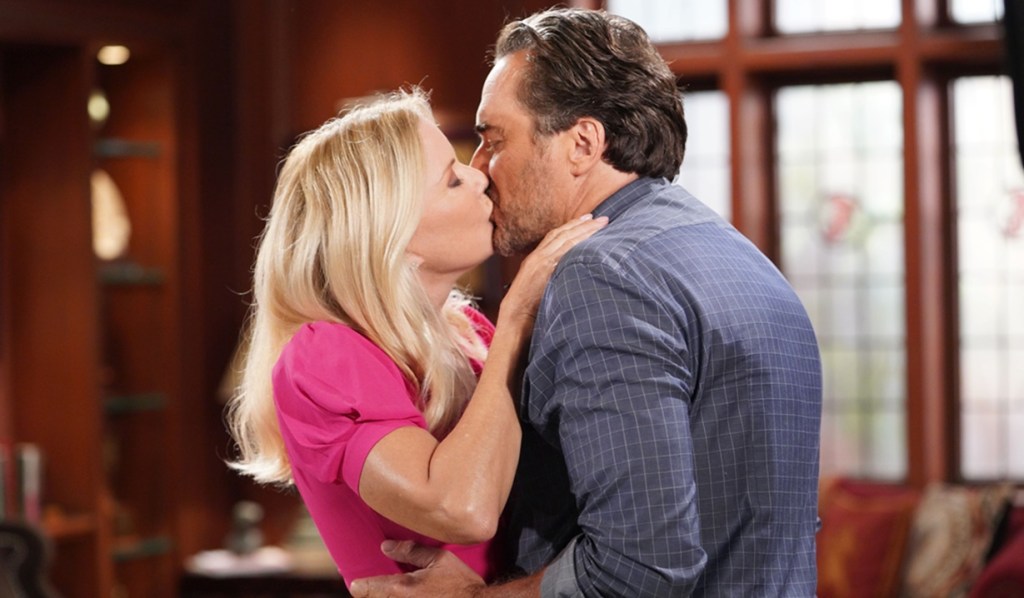 At Carter’s place, Katie rants that you can’t just sleep with another man’s wife. Carter reminds her Eric insisted. Katie says he was embarrassed about his condition and Carte is better than this. She’s not blaming only him, she also blames Quinn. She continues that Eric is the best man that she knows and Ridge was his best friend. She just doesn’t understand how she could do this. Carter interrupts, “Because I love her!” Katie’s right, he’s usually more reasonable but he did it because he thought he was in love! Carter agonizes, “But I guess I’m not. Because she left. She left! She’s gone!” Katie stares at him in surprise.

Next on The Bold and the Beautiful: Paris and Zende take their relationship to the next level.

Whew, Quinn has left a wake of upset men in her past. Look back on Quinn’s pivotal moments in the photo gallery below.

Quinn Goes to End It With Carter,...

Hope Is Shocked When a Shirtless...