Friday, October 15, 2021: Today on The Bold and the Beautiful, Eric makes a request of Quinn, Zende reacts to Paris' new living arrangements, and a desperate Bill pleads for another chance with Katie. 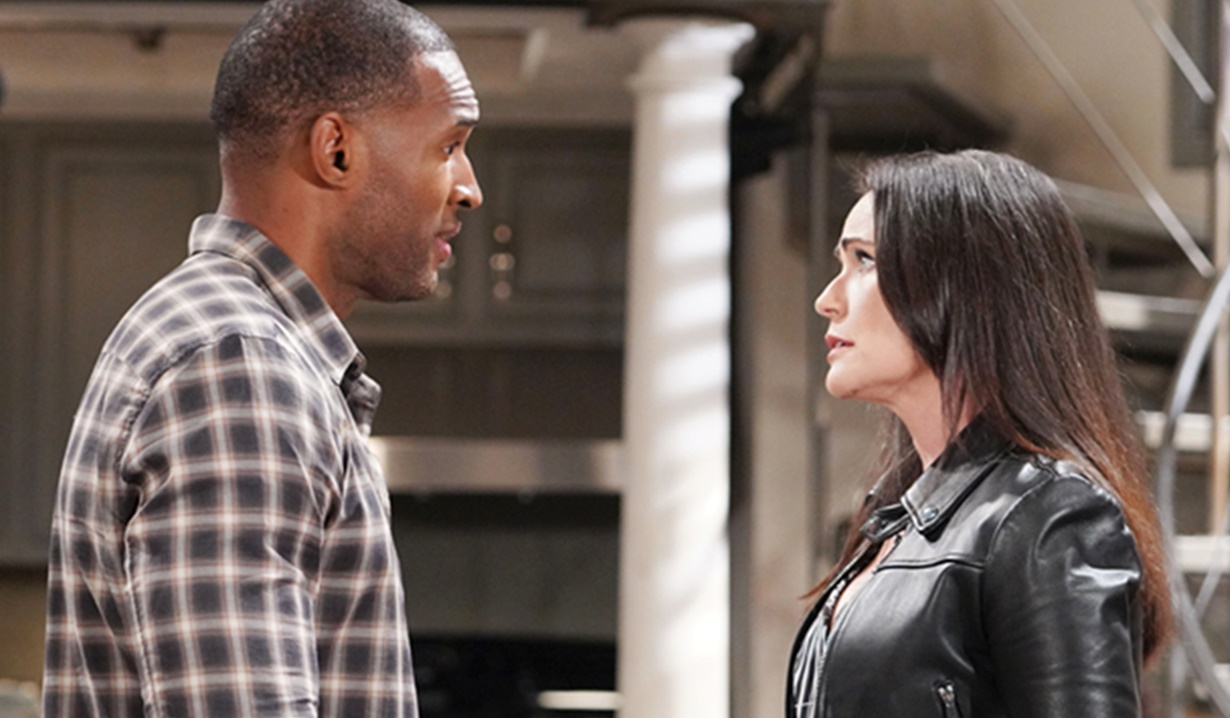 At the Forrester mansion, Quinn assures Eric that the best years of her life have been spent there and she misses their ease and contentment. She’s right back to being on the defensive constantly with his family. Eric feels it’s because of what he put in motion with her and Carter. It was a mistake. He urges Quinn to go to Carter now and tell him it’s over for good. 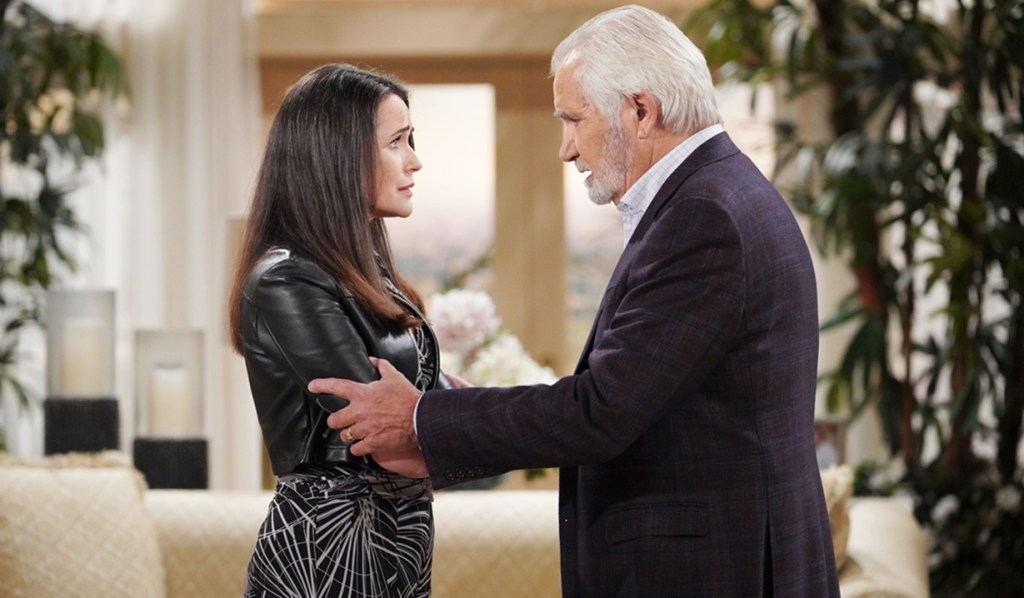 In Forrester’s design office, Katie’s surprised to see Bill. He had to see her; it’s been way too long. Bill declares that he can’t take this anymore — he wants her back and needs her in his life. Katie thinks they’ve said it all, but Bill has a hole in his heart where she and Will used to be. Katie misses their son too, but he’s so happy at boarding school. She recaps that it was hard on him when Bill went to jail and adds that she still has a hard time with what he did. “It scares me.” 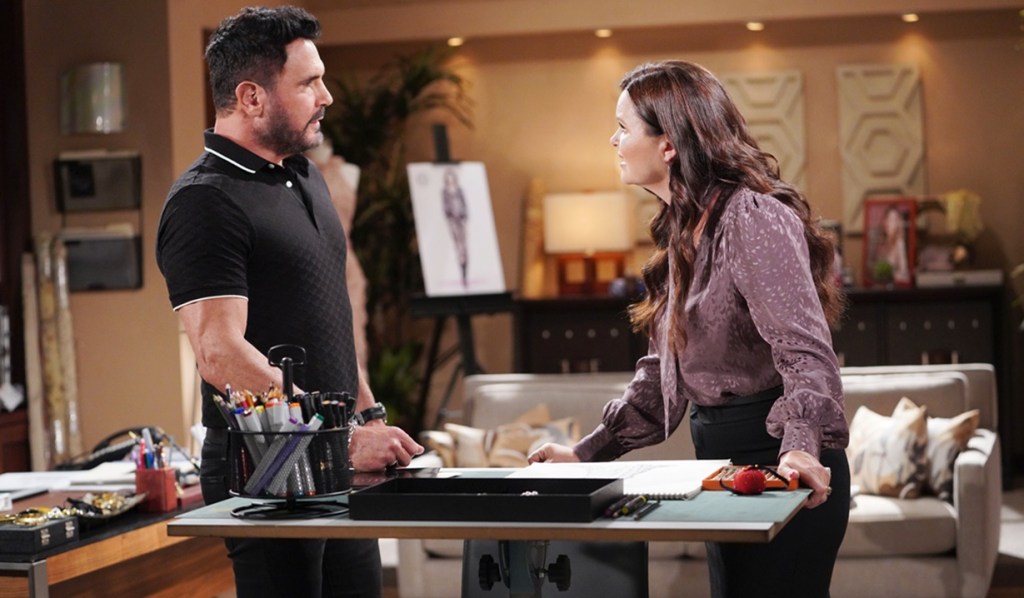 Katie runs down the reckless and crazy things he did, like covering up Vinny’s death. Bill was laser-focused on protecting his son during the hit and run. Katie counters that he throws all of their lives into chaos on impulse and when it blows up, he turns to her. He knows she’ll be there and in that moment, she becomes the woman he loves more than anyone ever. Katie would like to believe it. Bill says it’s true; he thought they’d gotten past Brooke. Katie can’t forget that he loved her — the thought of them together will always hurt her. Bill deeply regrets that. Katie sighs, “You always do.” Bill protests, “You are the only woman I want.” He becomes emotional as he realizes he has a knack for tearing down what’s most important to him. “That’s you.” If she’ll give him one more chance, she’ll know it. Katie admits part of her is ready to move on. Bill pleads with her to open the door just a crack; he refuses to live a life without her by his side. He insists he’s learned her lesson about taking her for granted. “If you give me one more chance, Katie, I swear I won’t let you down.”

At Thomas’ apartment, Paris assures him she’s happy to share the space with him as roommates — it’s just a temporary arrangement until he finds a house. Zende arrives and wonders if this is the official handing off of the keys. Paris relays there was a change of plans. “We’re going to be living here together for a while.” Zende asks, “You and Thomas?!” He remarks that Thomas would be living with his girlfriend. Paris asks, “You don’t have a problem with this, do you Zende?” On the contrary, Zende thinks it makes sense. He and Paris canoodle, so Thomas makes his excuses. Paris tells Zende, “One more time.” She needs to know he’s comfortable with this and asks, “Are you?” 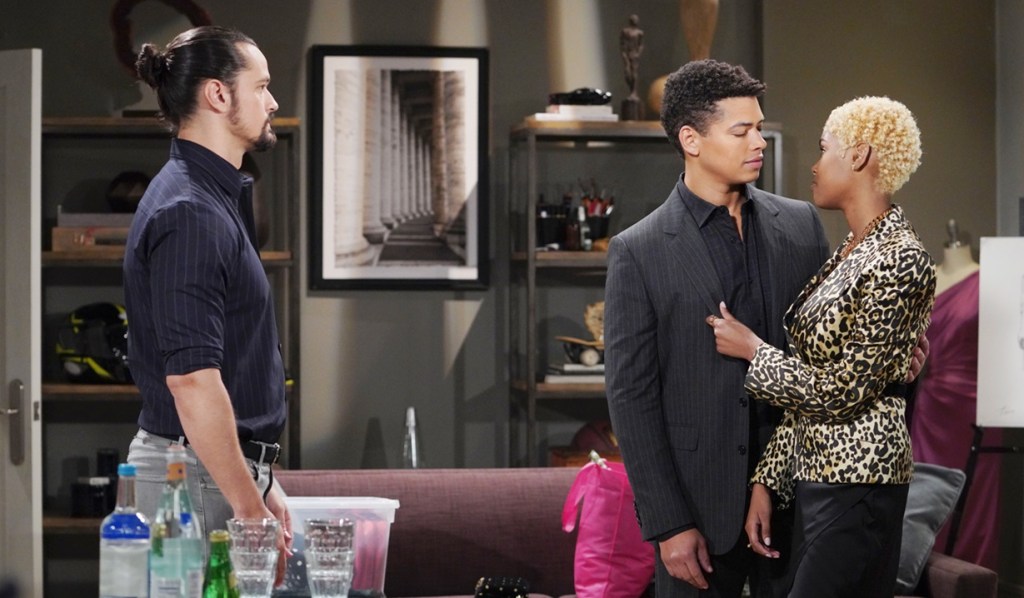 Ridge arrives at the Forrester mansion and Eric asks what’s on his mind. He’s just trying to wrap his head around this, but can’t understand how he could encourage his wife to be with Carter. Eric didn’t want Quinn to be unhappy or go off and be with some stranger. “It seemed like the best idea for us.” Ridge mocks the idea of Eric sending his wife off with her thong in tow and hollers that it had to hurt; it had to be painful. He crabs that Eric was going through something and his wife should have been there for him instead of running off to be with Carter. Eric informs Ridge that Quinn is with Carter right now and is making it clear that it’s over. 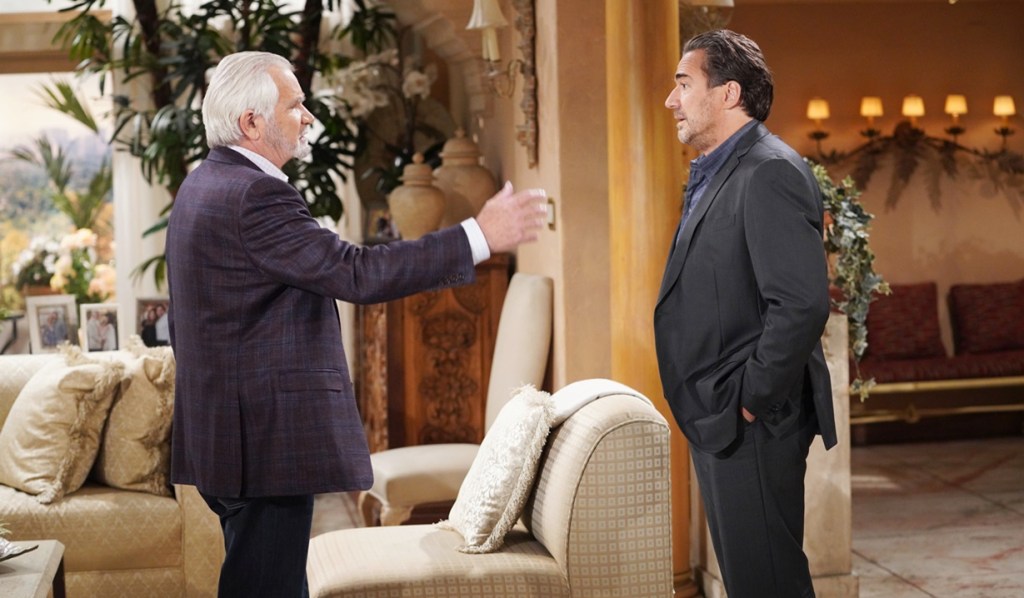 Carter answers his door to Quinn, who informs him they have unfinished business. She enters and Carter muses that he’s realized that even when she’s not there, she’s still with him. Her presence and her warmth… Quinn stops him. “There’s something I have to tell you.” 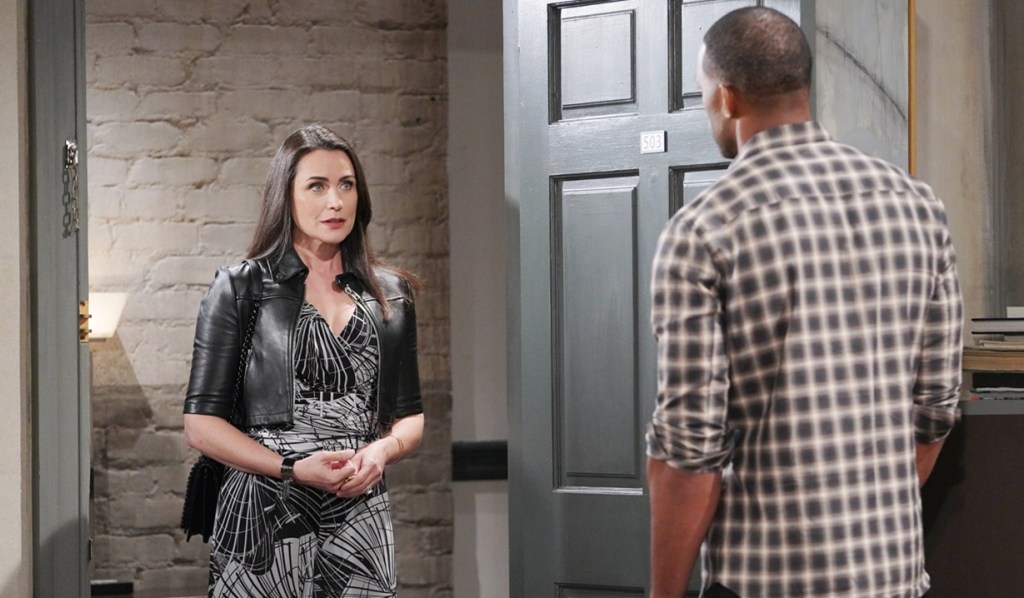 Quinn recaps how Carter took her breath away and made her feel like the most desirable woman in the world. “I cherished every moment I got to spend with you.” Carter didn’t think he’d find love again after Zoe, but it turned into a love unlike anything he’s ever known. Quinn doesn’t know how she’ll give it up. Carter blurts, “So don’t.” This is their chance to be together, “So let’s just take it!” He’s ready to load up the car and take off. Everyone knows about them, so they can finally own how they feel. “This is our moment, Quinn. The moment we’ve been waiting for.” She can walk out the door and go back to being Mrs. Eric Forrester or she can be free, with him. Quinn sighs; she’s a married woman. Carter realizes he’s asking her to give up a lot, but what can mean more than what they feel for each other? It’s rare. Their life together is out there, they just have to grab it. “Say you want this as much as I do. Say you want a life with me.”

Next on The Bold and the Beautiful: Carter and Quinn’s relationship reaches a tipping point.

Find out which Bold & Beautiful characters are featured in our fun new best soap costumes photo gallery below. 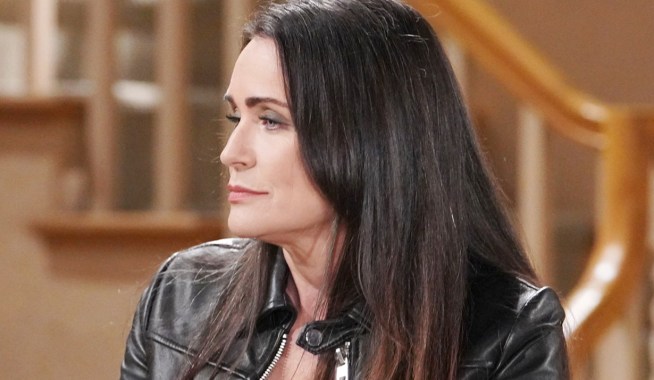 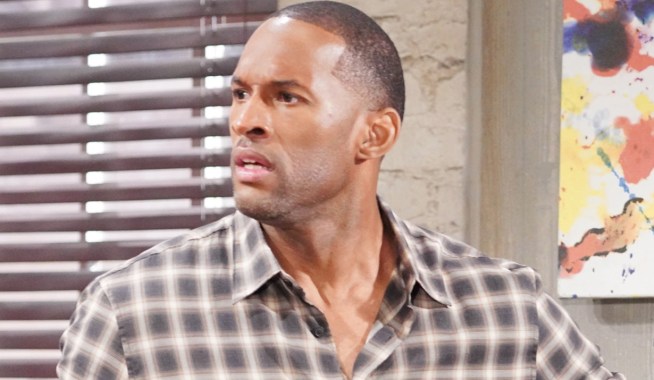