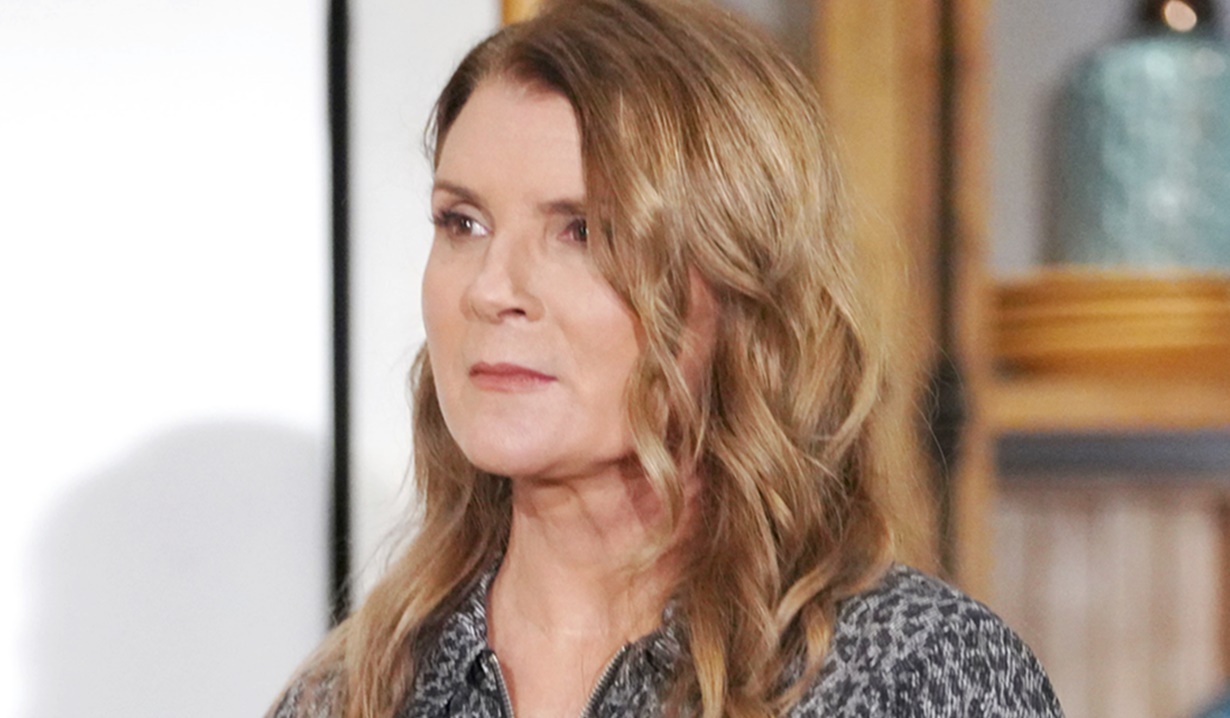 In Carter’s bedroom, he and Quinn gawp at Justin bursting in. He informs them it doesn’t matter how he got in here; they’re caught! Justin admires the place and chuckles about Carter still having sex with the boss’ wife. He knows what he walked in on, and soon Eric will too. Carter and Quinn want to know what he’s doing there and who he’s working for. Justin lets them know it’s not Bill; he’s working for someone else. After a few more minutes, he admits it’s Ridge. Quinn agonizes. “You can’t tell anyone about this, but you especially can’t tell Ridge!” She tries to explain to Justin that they have an understanding. Justin feels terrible for Eric; he hears he’s a sweet man. 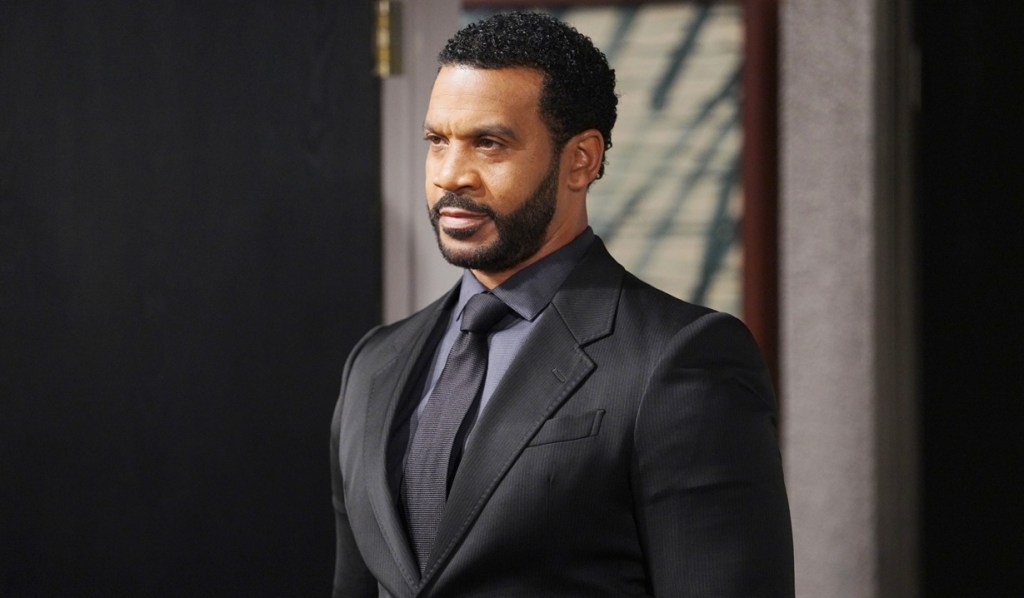 Quinn blurts, “Eric knows about me and Carter. Eric gave us permission!” Justin can’t believe that. “Eric doesn’t roll like that.” They insist it’s true. Justin ask for one reason Eric would allow his wife to sleep with another guy. Quinn sighs and explains that Eric has E.D. and couldn’t be intimate with her in the bedroom. He’s a selfless man who didn’t want her to give up sex because he couldn’t fulfill her anymore. “We fought it! But he kept pushing and pushing!” Carter backs her up, “Quinn’s not lying.” Quinn insists that Eric got it in his head that this was the only way to save their marriage. “If you go and tell anybody else, if you tell Ridge, you’re going to embarrass and humiliate him!” She implores him not to report back to Ridge. “Do the right thing and keep Eric’s secret!” 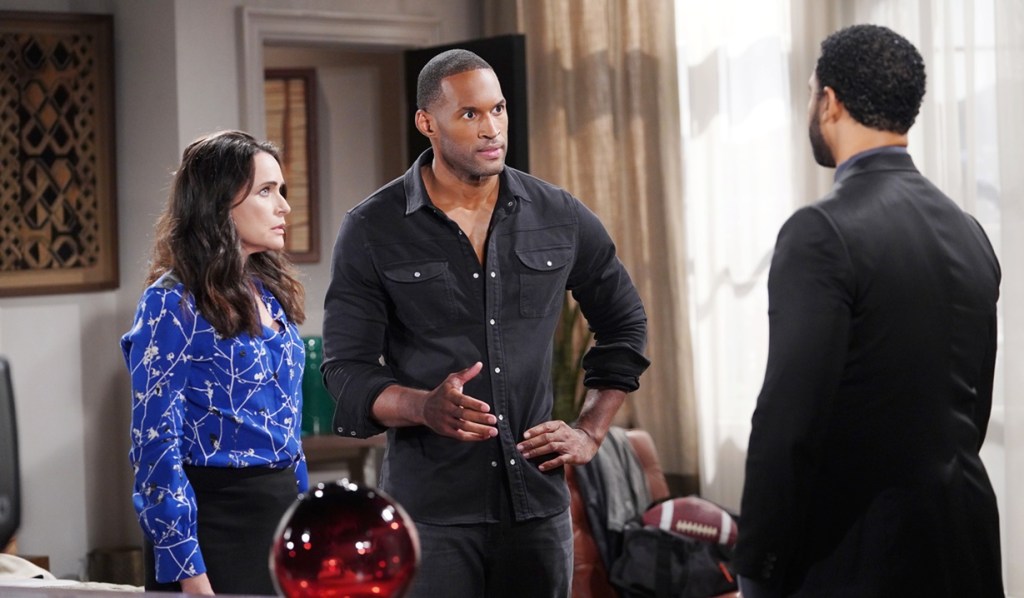 At Forrester Creations, Ridge tells Katie he’s certain Quinn is up to something; he’s just not sure what it is. Katie is taken aback to hear he has someone following her and asks where she found him. Ridge says he’s a former employee of Spencer Publications. Katie gapes, “Justin?!” Ridge shrugs that he owed him a favor and he’s a great lawyer. Katie chides that he’s not exactly using him for his legal services. They circle back to what’s going on with Eric, who isn’t opening up to them. Ridge doesn’t want his heart broken.

Katie muses about Ridge and Justin making an unlikely duo. Ridge reiterates if he wants to find out what Quinn is doing, Justin’s the man. It breaks his heart to see his dad wasting time with Quinn. He can’t understand what she brings to the table; it seems the whole marriage is a chore. Katie thinks he’s afraid of being alone. Ridge can’t believe Quinn is the only option. Katie’s tried to convince him that many women would love to share a martini with him. Ridge complains that Quinn takes advantage of his good qualities. Katie can’t imagine she’d be stupid enough to cheat on him again. Ridge wonders if she wants to be caught. 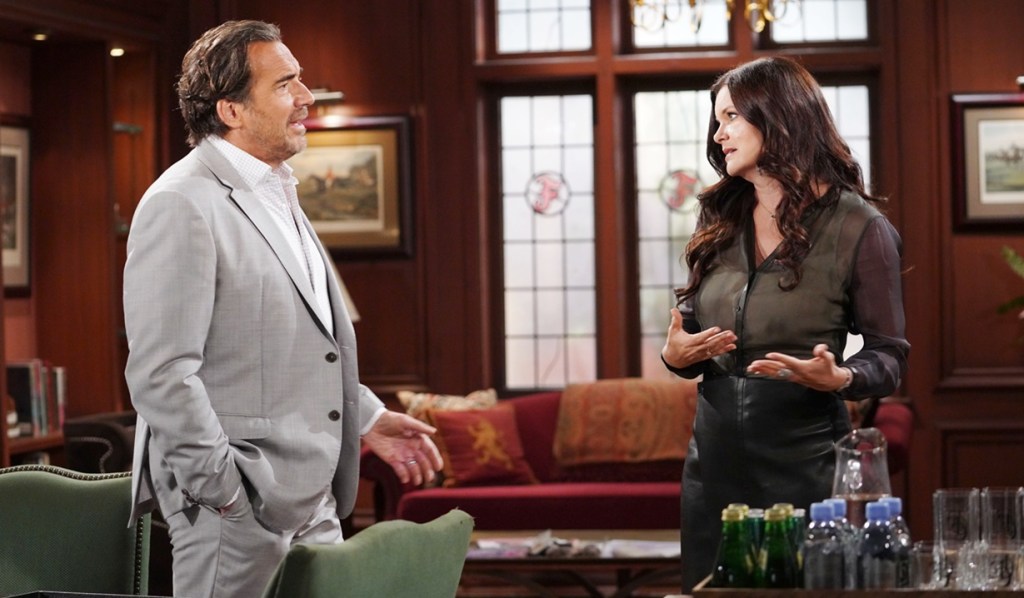 More: The Sheila twist that would put her on top

At the cliff house, Steffy informs Sheila she’s never going to see her son and grandson and orders her to get out! She demands to know how Sheila got past the guard at the gate. Sheila muses that nothing can keep her away from Finn and Hayes. Steffy says Finn would be so disappointed in her. Sheila knows he’s at the beach. Steffy gives her five seconds to leave. Sheila challenges, “Or what?” Steffy reminds her she’s not welcome there and never will be and adds that Finn doesn’t want her in his life. “He told you to stay away and you haven’t respected his wishes.” Sheila argues she gave him space. She takes a step closer and Steffy takes a step back. Sheila says she came to see Steffy, mother-to-mother. She asks to see Hayes since she’s there. Steffy and Sheila argue over whether she’s a monster and Steffy reminds her she already held her grandson when she came there the last time without permission. 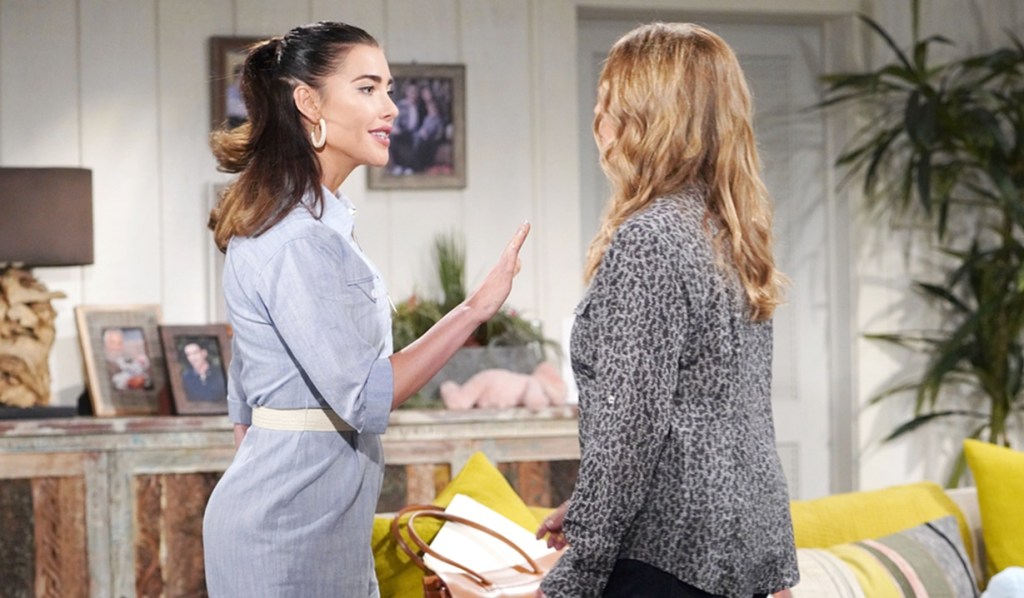 Steffy reminds Sheila of her track record with her family and says this is starting to get scary. Sheila grits, “I am not that person anymore.” She pleads for a chance to prove that she’s not the woman she was back then. “Please, Steffy. Don’t keep me away from my son.” Steffy will never believe she’s changed. “I see you. I know who you are. You are so fake.” She feels bad for Finn, who has now realized what his birth mother is and what she’s capable of. They bicker about Sheila’s manipulation, having Finn rush her to the hospital. Coming back after he asked her to stay away is only alienating him more. Sheila can’t get over Steffy acting like the gatekeeper and takes a step toward the kids’ bedroom. Steffy blocks her way and issues a warning.

Next on The Bold and the Beautiful: Quinn and Carter do damage control.

Look back on the life of Steffy Forrester through the years in the photo gallery below. 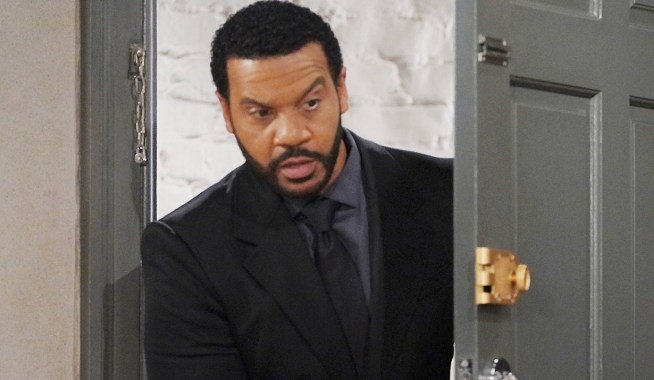 Quinn and Carter Are Rocked When Justin Crashes Into the Bedroom: ‘You’re Busted!'

Finn Throws Sheila Out of the House — Plus, Ridge Demands Justin Tell Him Whether Quinn Was Unfaithful 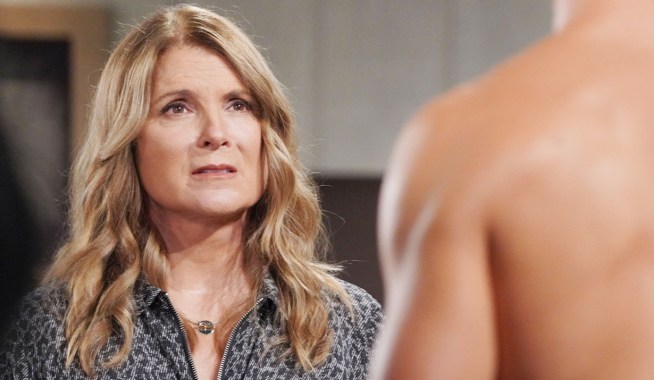