Tuesday, September 21, 2021: Today on The Bold and the Beautiful, Katie rants about Quinn, Shauna makes an admission, and Eric gives Carter a warning. 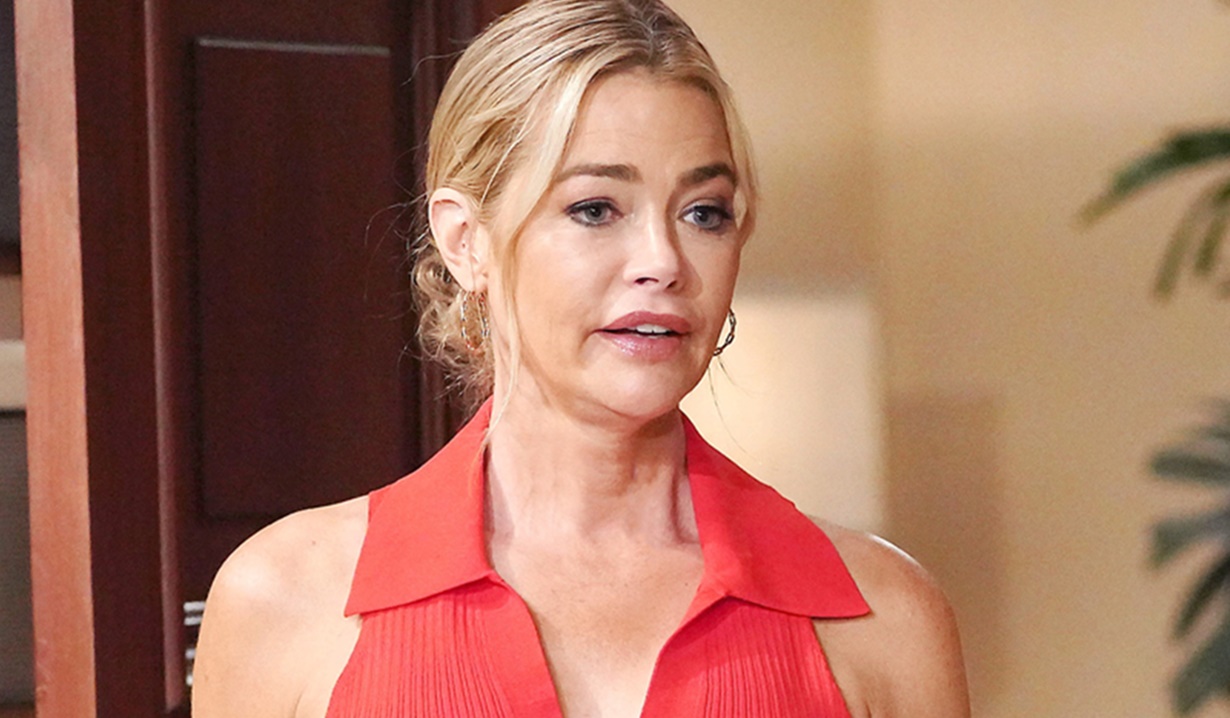 In the design office at Forrester, Quinn is distracted from her work by thoughts of Carter. Shauna enters and sees that she’s glowing… which can only mean that Eric’s problem is solved. Quinn’s face falls, and she cryptically replies, “Yes, and no.” Shauna’s confused. Quinn sighs and will explain… but warns nobody can know. She reminds Shauna how much she loves Eric, and he loves her more than she thought possible. “You’re not going to believe what he wanted me to do.” Quinn continues on to say she’ll never question her husband’s commitment to her happiness ever again. Exasperated, Shauna asks, “What are you talking about?!” Quinn wouldn’t even believe this if she weren’t living it. She explains that Eric didn’t want her to give up the sexual part of her life and asked her to sleep with Carter. At first, she was shocked, like Shauna, but it happened last night—and it was great.

More: Twist that will leave Quinn out in the cold!

In the main office, Katie updates Brooke that she stopped in on Eric and his wife wasn’t at home. Brooke’s scandalized to hear Quinn wasn’t back yet. Katie rants that after all she’s put that man through it’s unconscionable that she wasn’t at home with her husband. Brooke agrees and is upset to think of Eric roaming that mansion alone. Katie rails about how selfish and self-centered Quinn is… she can’t understand why Eric keeps defending her. She reveals that Eric claimed she was out with his blessing. She believed him, and he alluded to not being the perfect husband. Brooke scoffs at the idea of Eric not being able to give Quinn everything she wants and needs. Katie clarifies that she’s not talking about material things… she’s talking about intimacy. Brooke’s eyebrows go up—Katie must have had quite the heart-to-heart with Eric! 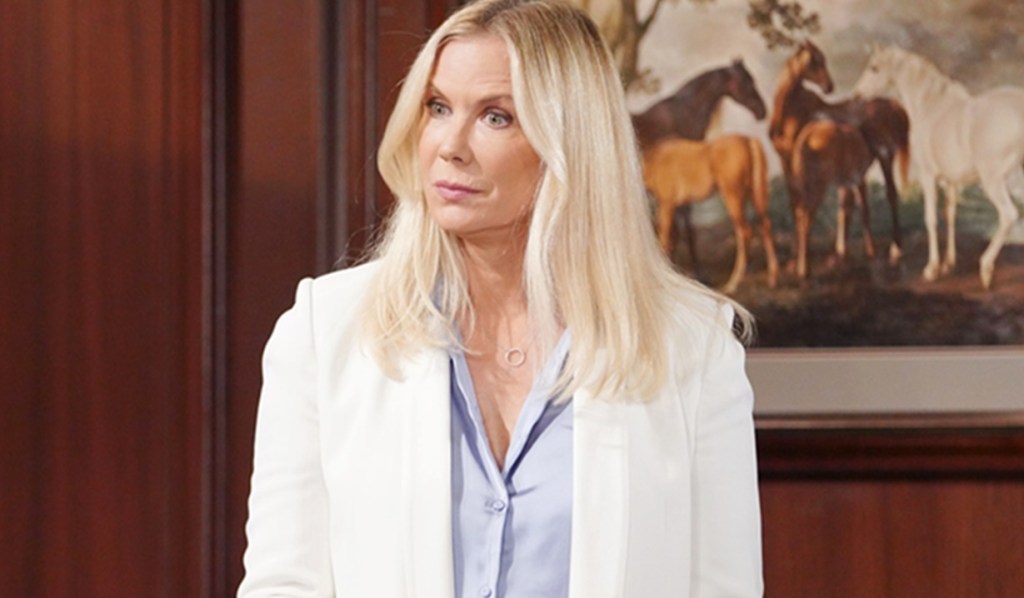 Katie feels if Quinn and Eric are having problems in the bedroom, it may be that he’s worried about being compared to Carter. She rants some more about it being reprehensible for Quinn not to be at home with her husband when he’s going through something. “Unless I’m missing something. Unless we’re ALL missing something.” She’s confused about Eric condoning Quinn going out when he’s clearly lonely. Brooke sneers that it’s all about Quinn and what she needs. Katie wonders if she’d betray Eric again. If she does, and Katie finds out about it… “No way.” She hopes Eric realizes he deserves so much better than her. 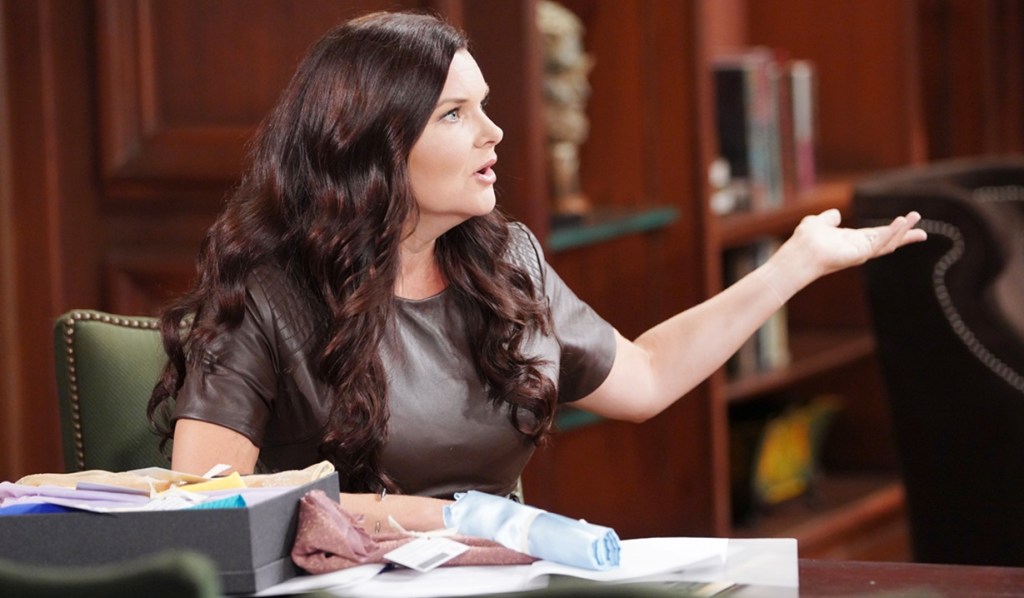 At the Forrester mansion, Carter has been summoned by Eric, who declares, “I know you slept with my wife last night.” He tells Carter that he spoke to Quinn when she came home last night, and reassures him that he’s okay with this. Eric wanted to be the man to fulfill her needs, but this is how it has to be. It’s not easy for him, but he loves Quinn. He tells Carter, “I know you do too.” He runs down her attractive qualities and then makes it clear to Carter that despite the feelings he has for her, he must never consider Quinn to be his. Eric also warns that no one can know about their arrangement—especially Ridge. Carter agrees. “Of course.” 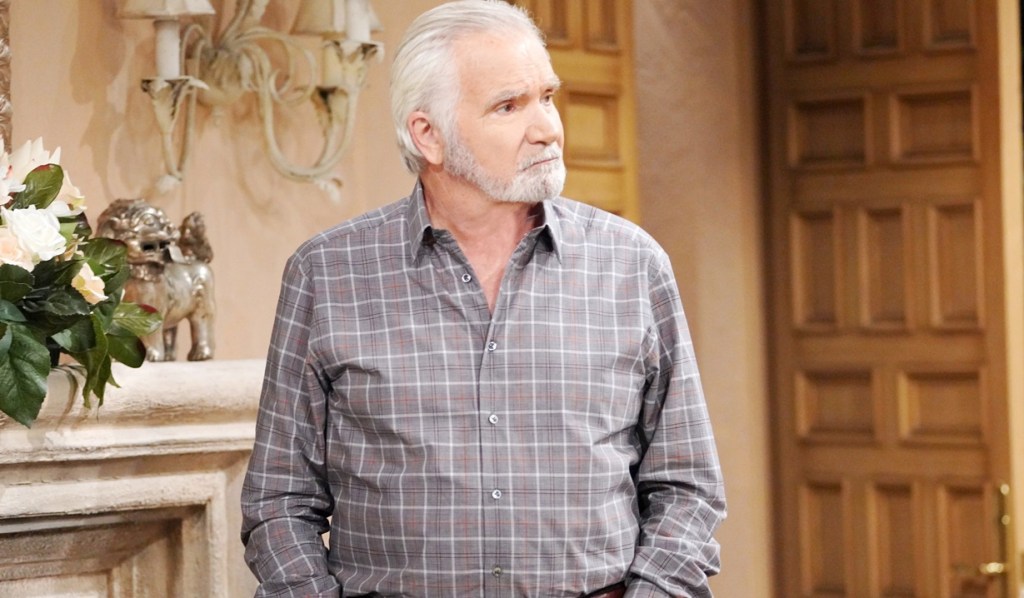 In the design office, Shauna is stunned at Eric suggesting Quinn sleep with Carter. Quinn explains that he’s sacrificing so she can be fulfilled as a woman. She recaps that they declined at first because they respected Eric too much, but last night he sent her to Carter’s loft. She gave in because she loves Carter—she can’t keep her hands off him even when she doesn’t have permission. Shauna learns that she went home afterward and joined Eric in bed. “That must have been awkward.” Quinn explains that he asked if she and Carter had sex—he could tell by the look on her face that she had, and they just laid there in each other’s arms. Amazed, Shauna notes that she hasn’t been with a man in a while… and Quinn’s living a fantasy! Shauna says her mind is blown—she’ll be living vicariously through her. She chuckles, “You’ve always been a bit unconventional, but this…” 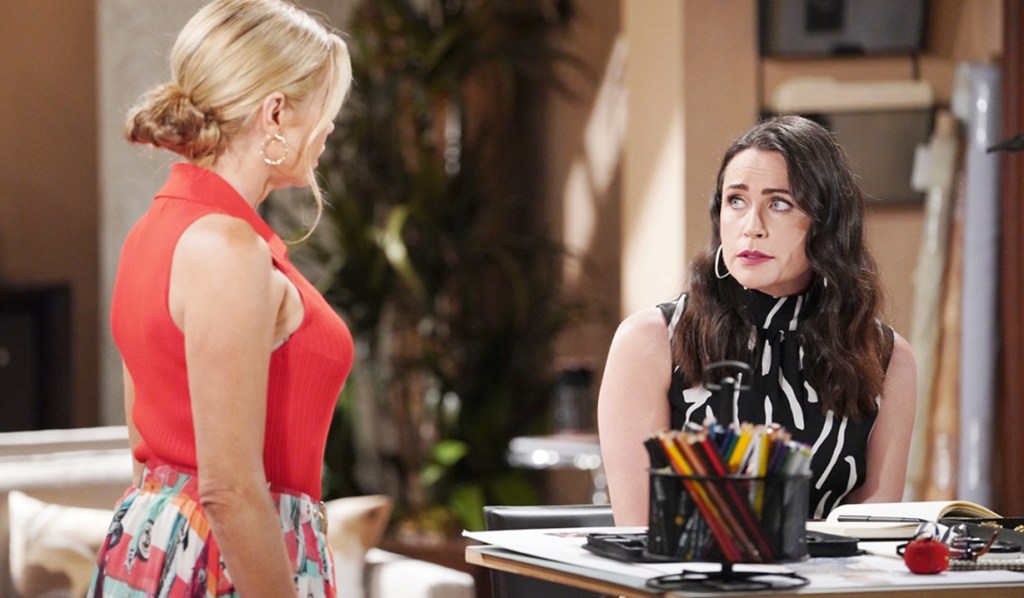 In the main office, Katie tells Brooke she’s convinced there’s more going on with Eric than he’s saying to her… or to anyone.

At home, Eric paces and looks up at Quinn’s portrait.

Carter arrives at Forrester Creations and finds Quinn at the desk in the design office. He offers to leave, but she invites him in and tells him to lock the door. He does. She can’t stop thinking about last night and can’t comprehend how Eric wants this for her. Carter replies, “I know.” Quinn loves her husband, but she loves Carter too. They kiss passionately. 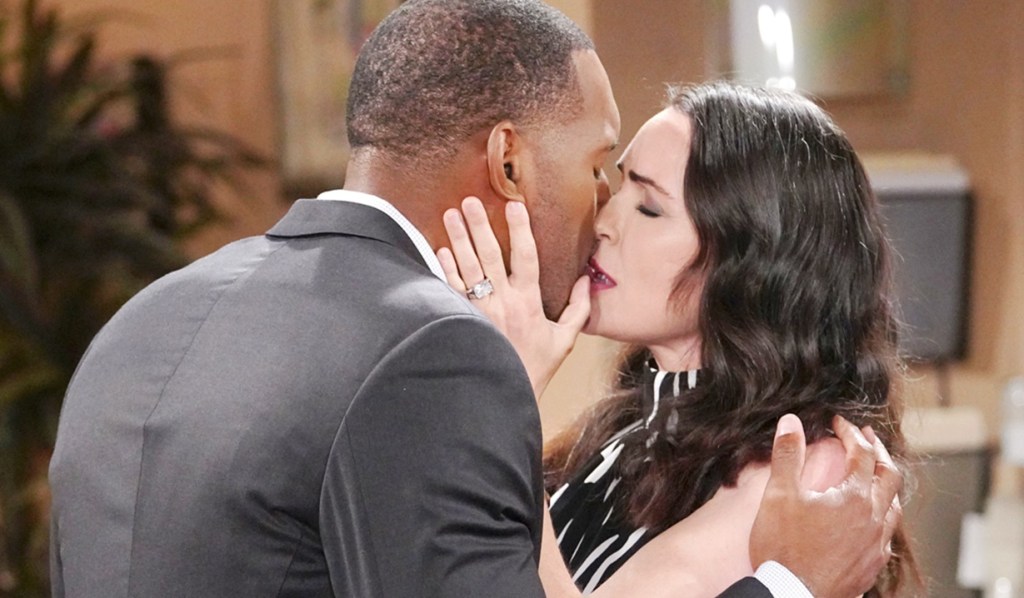 Next on The Bold and the Beautiful: Ridge offers Justin a tempting deal.

In case you missed it, check out John McCook’s thoughts on Eric’s exes in the photo gallery below. Get your free daily soap-opera fix for The Bold and the Beautiful — and all of the other daytime dramas — delivered straight to your email inbox by signing up for Soaps.com’s newsletter. 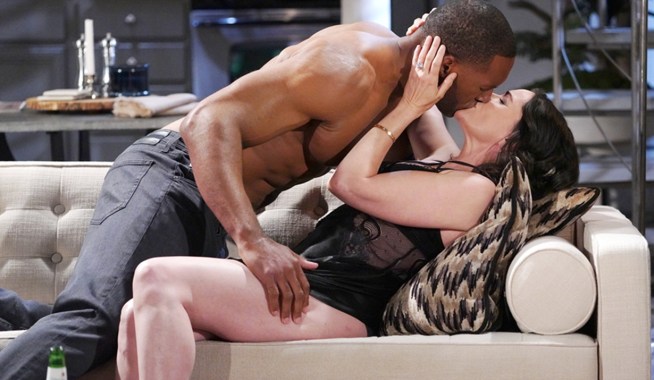 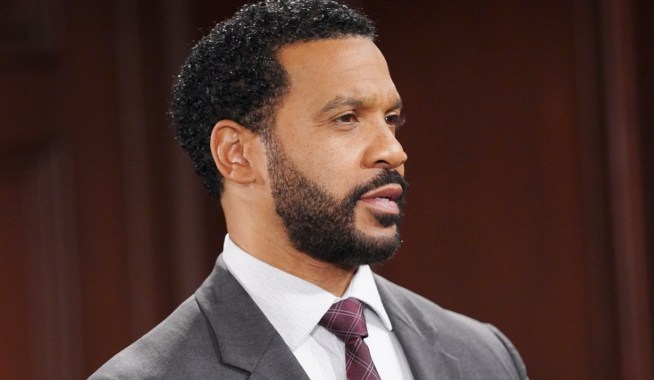