Wednesday, September 15, 2021: Today on The Bold and the Beautiful, Ridge fishes to find out what's going on with Eric, Carter dodges an awkward question from Ridge, and Finn gets twitchy during a visit with Hope and Liam. 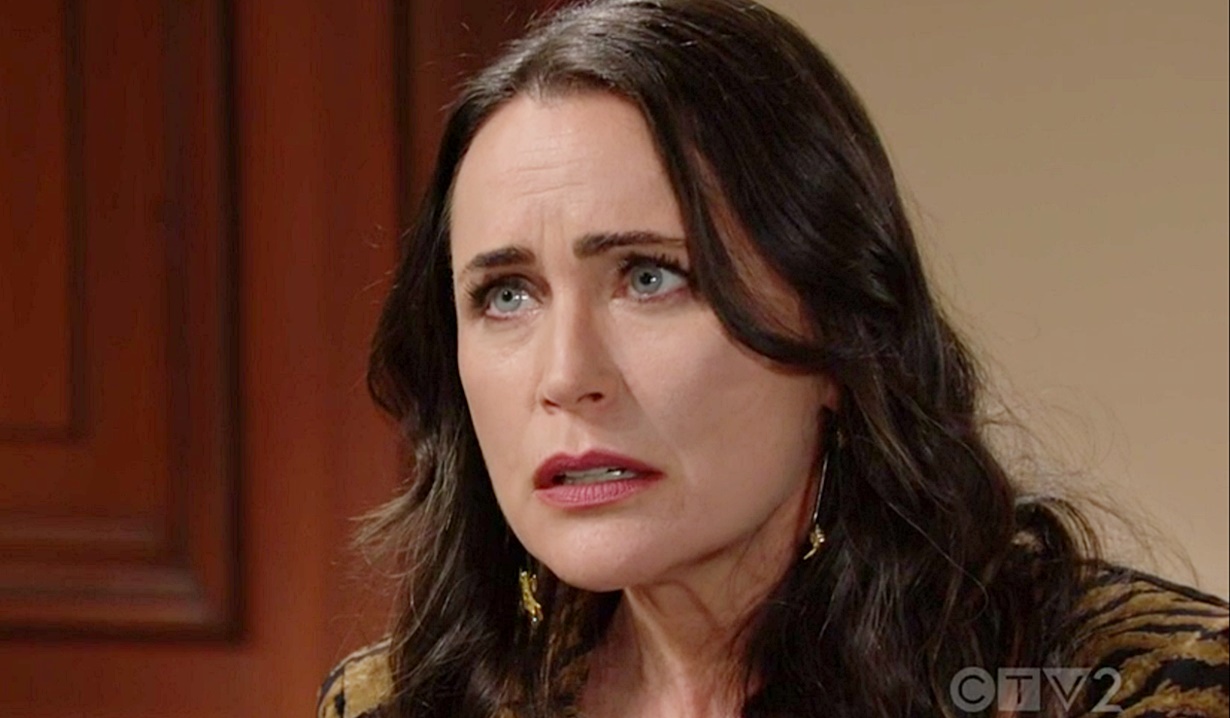 At the Forrester mansion, Quinn is pensive as she pours coffee, looks up at her portrait, and flashes to Eric’s request. He appears and wants to discuss it, but she’s not interested. He asks her to be realistic about her needs. They go over Eric’s inability to be her lover and he reiterates that her sex life doesn’t have to be over just because his is. Eric says he’s loves her and leaves for the office. 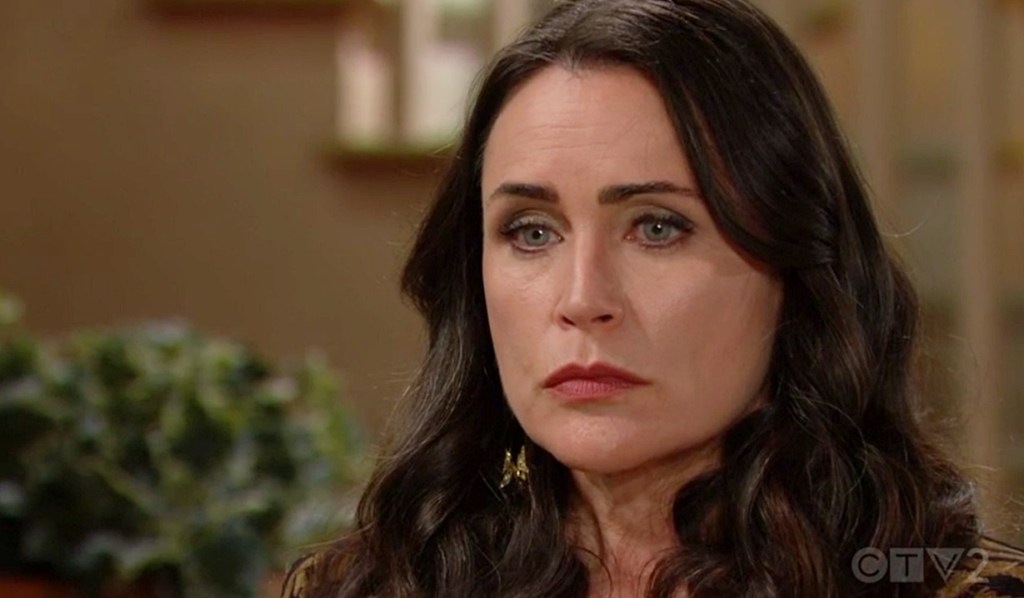 At Forrester Creations, Ridge interrupts Carter, who is mooning about Quinn. His boss presumes his mind is on Zoe and he asks if he has regrets. Carter muses that he has regrets about a lot of things. Ridge asks if he’s talked to his dad, who has a proposition for him. Carter stares at him strangely and Ridge asks what’s going on with him. 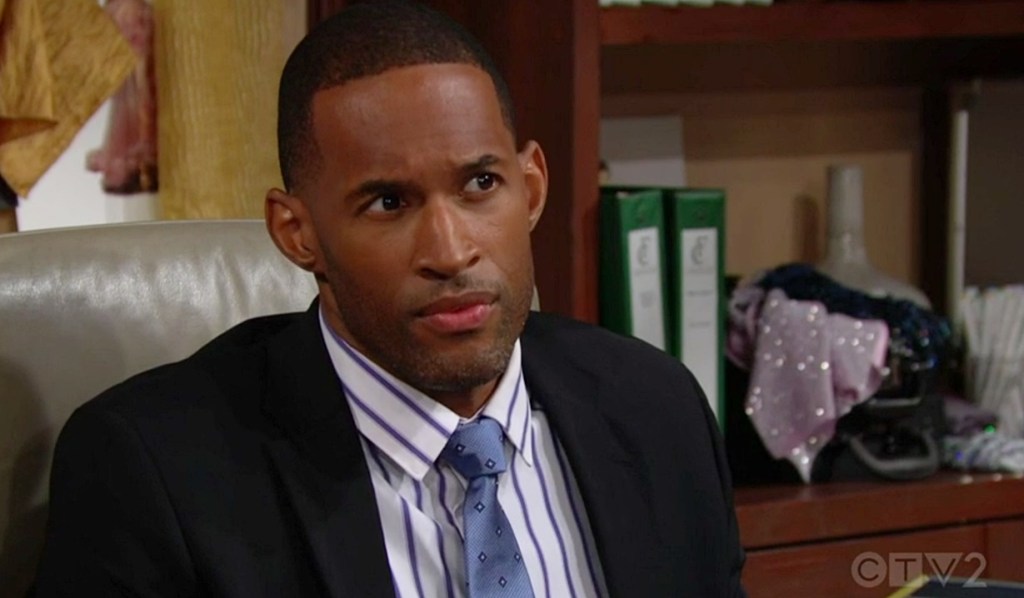 At the cliff house, Liam, Hope hang out with Hayes and Steffy as Kelly and Beth play with Amelia on the beach. Hope tells Steffy and Finn how happy they are for their family. She jokes she could have twenty more babies and Liam gawps, “What?!” Finn goes to change the baby and Hope tells Steffy it really does make her happy to see her at peace. 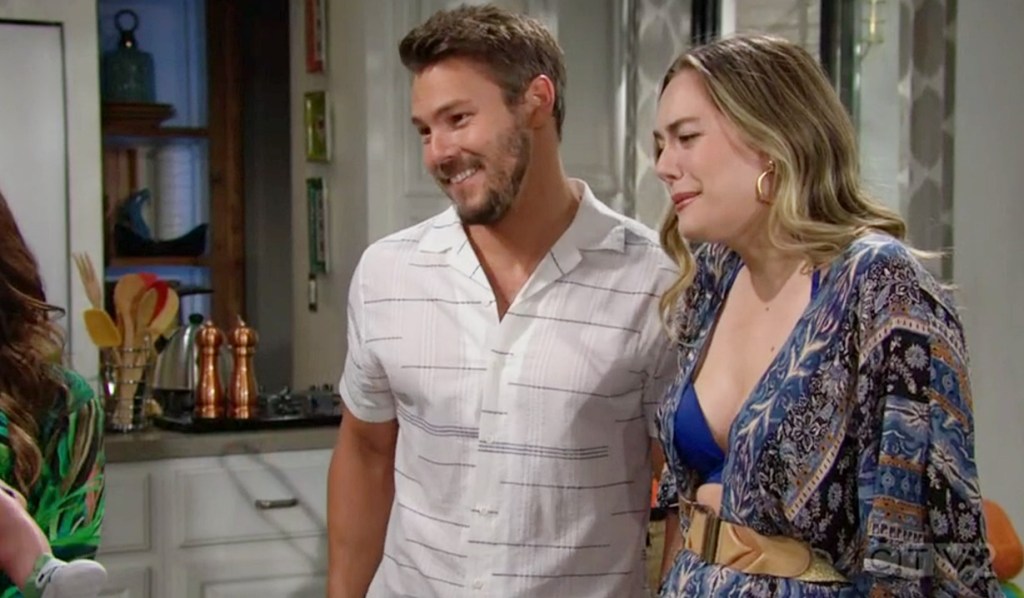 Finn rejoins the group and talk turns to Sheila and the challenges she presents. Liam and Hope are stunned to hear that she came back and collapsed when she didn’t get what she wanted. It was a desperate ploy to attach herself to Finn and Hayes, but it didn’t work. She turns to Finn for confirmation, “Did it?” Finn smiles but twitches. 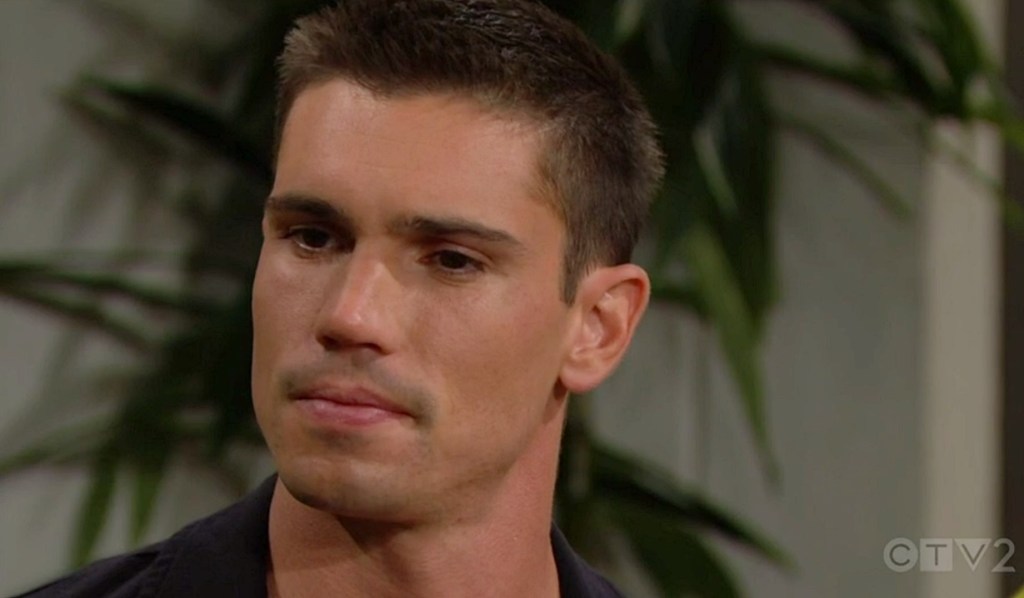 Finn admits he’s conflicted when it comes to his birth mother given that he thought about meeting her for years, but they made it clear she couldn’t be involved with the family. Liam seeks reassurance she won’t be around Kelly, and Hope offers for the kids to stay with them until they can be certain Sheila will stay away. Steffy isn’t sure they can ever be certain, that’s why Finn had to put his foot down. She vows that Sheila won’t come around her, or her family, ever again.

At Forrester Creations, Ridge tells Eric he spoke to Carter about the proposal, which seems a little strange to him. Eric asks, “You’re talking about the Berlin boutique acquisition, right?” Ridge says of course he is and wonders if Eric is tired from reuniting with Quinn. Eric cryptically states that he’s determined to give Quinn the life she deserves. Ridge asks, “What about your happiness? Are you happy she’s back?” Eric wonders why he wouldn’t be happy. Ridge just cannot understand him suddenly taking her back after she betrayed him. Eric hasn’t forgotten about the relationship she had with Carter. “I haven’t, and I won’t.” 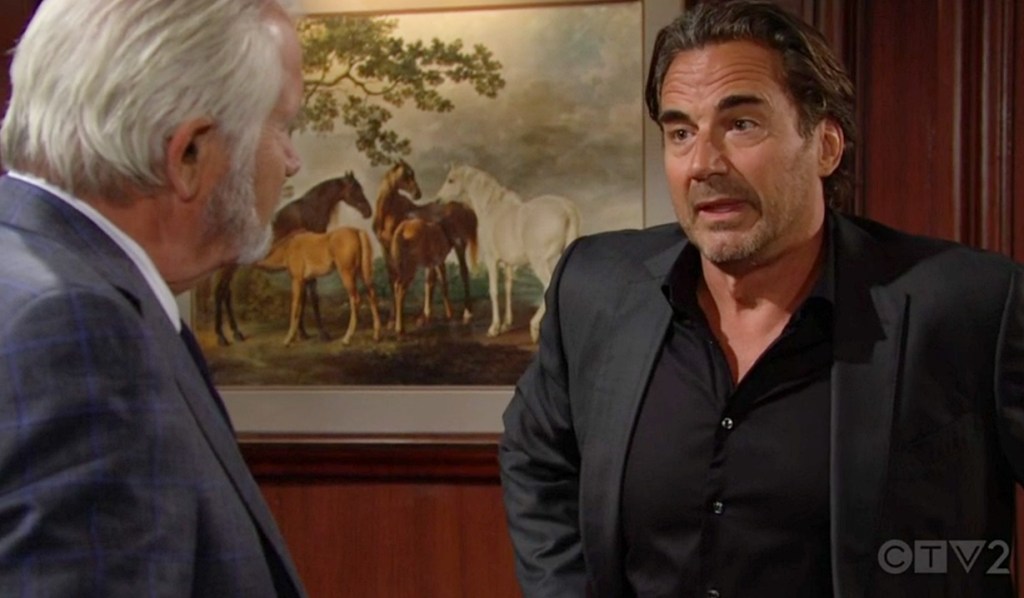 In his office, Carter can’t stop thinking about Quinn. Suddenly, she appears. Quinn closes the door and says they need to talk about what happened last night. She reports that Eric’s attitude hasn’t changed. Quinn told him they didn’t do anything, but she couldn’t tell if he was relieved or not. 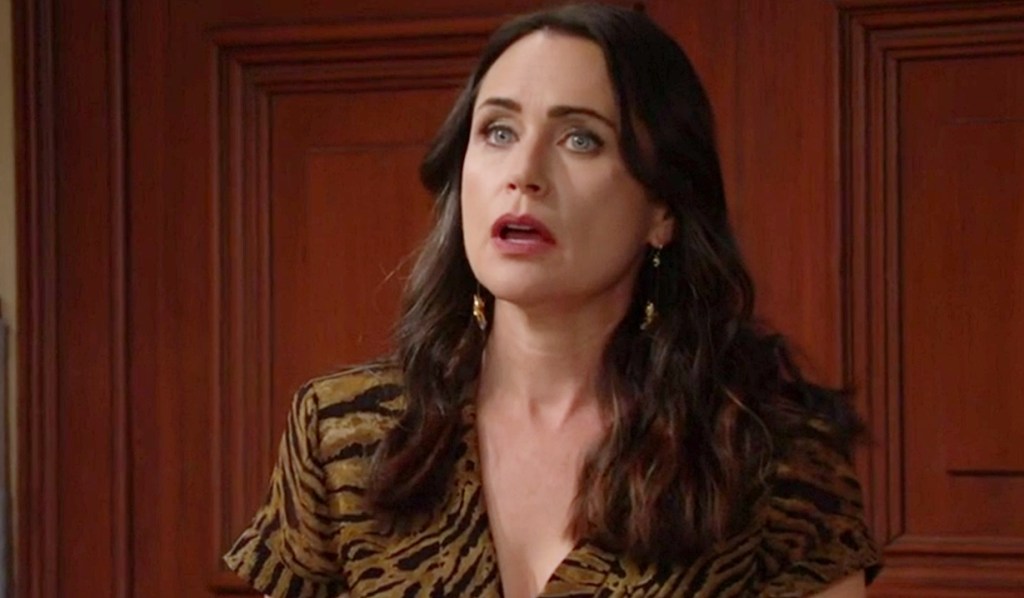 At the cliff house, Finn puts a moratorium on discussing Sheila and reminds the group that this day is about their families. Liam first makes a speech on how much he admires how they’ve handled this situation. Finn credits Steffy for being his rock; she’s fearless and fierce, and he’s never loved anyone the way he loves her.

In Forrester’s main office, Ridge questions how Eric can have Quinn back in his house and his bed if he hasn’t forgotten about her and Carter. Eric says it’s complicated. Ridge lets him know if he needs to open up to someone, that would be him. “Is there something I should know?”

In the design office, Quinn feels so conflicted and confused. She recaps that Eric knows how important a physical connection to her, but she told him being his wife is enough. Carter asks, “Is it?” Quinn thinks so… but questions, “We can’t possibly do what he asked? Can we?!”

Next on The Bold and the Beautiful: Brooke and Ridge work to pry the truth from Eric.

Check out our rankings of soaps’ most married couples in the photo gallery below. Get your free daily soap-opera fix for The Bold and the Beautiful — and all of the other daytime dramas — delivered straight to your email inbox by signing up for Soaps.com’s newsletter. 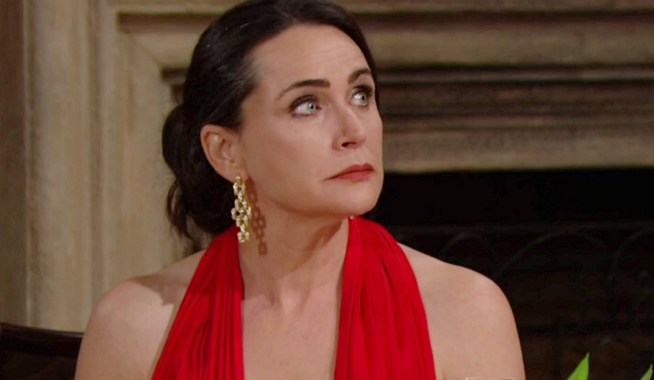 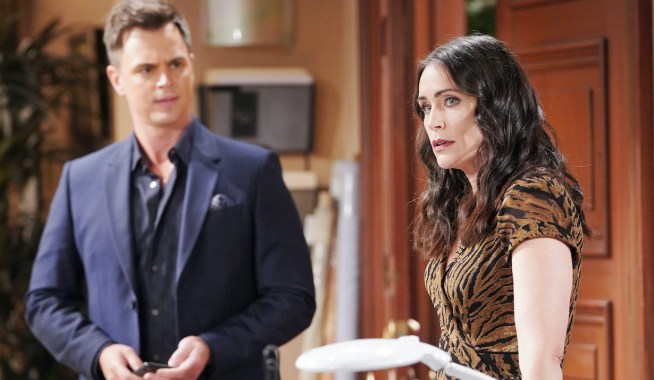