Tuesday, August 17, 2021: Today on The Bold and the Beautiful, Carter sets a romantic scene for Quinn, Ridge warns Steffy, and Finn shares a secret with Paris. 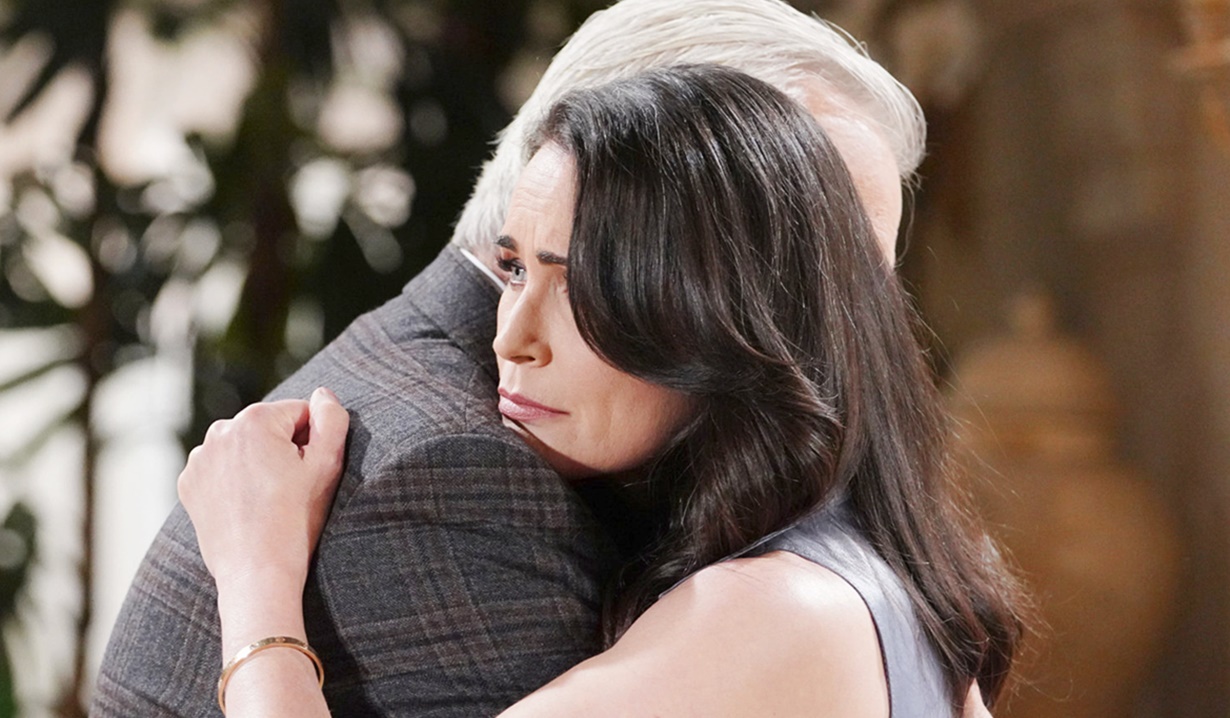 At the Forrester mansion, Eric tells Quinn he loves her. He’s had a lot of time to think about what happened and recalled what they said on their wedding day — he promised to protect and defend her and fell short in that regard. Quinn’s stunned as he tells her he doesn’t want their marriage to end. “I still want you to be my wife.”

Quinn stares at Eric as he continues that he wants their love and their life back. She asks why now. Eric thinks it’s Sheila coming out of the woodwork — anything Quinn did pales in comparison to her. He’s realized he doesn’t want the divorce. Quinn gawps as he dramatically tears up the divorce papers. She’s at a loss for words. Eric knows she still loves him and wants her to stay. He urges her to go get some stuff and they’ll get the rest later. “I want you to move back home.” Eric pulls Quinn into an embrace and she wears an expression of agonized confusion over his shoulder. 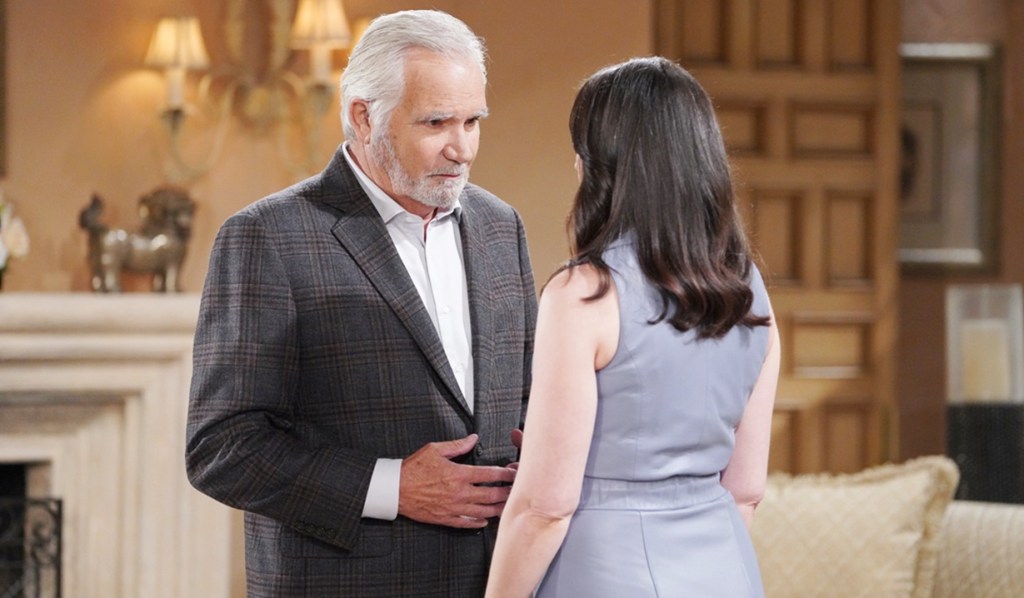 At the loft, Carter stands at the top of the stairs looking down and smiles to himself as he flashes to lovemaking with Quinn. After coming downstairs, he pauses while pouring a drink to look at her portrait. He straightens up the sofa and again flashes to Quinn as he folds the blanket they cuddled in. Carter sets out wine and lights candles and smiles to himself again as he holds Quinn’s bracelet and recalls kissing her. 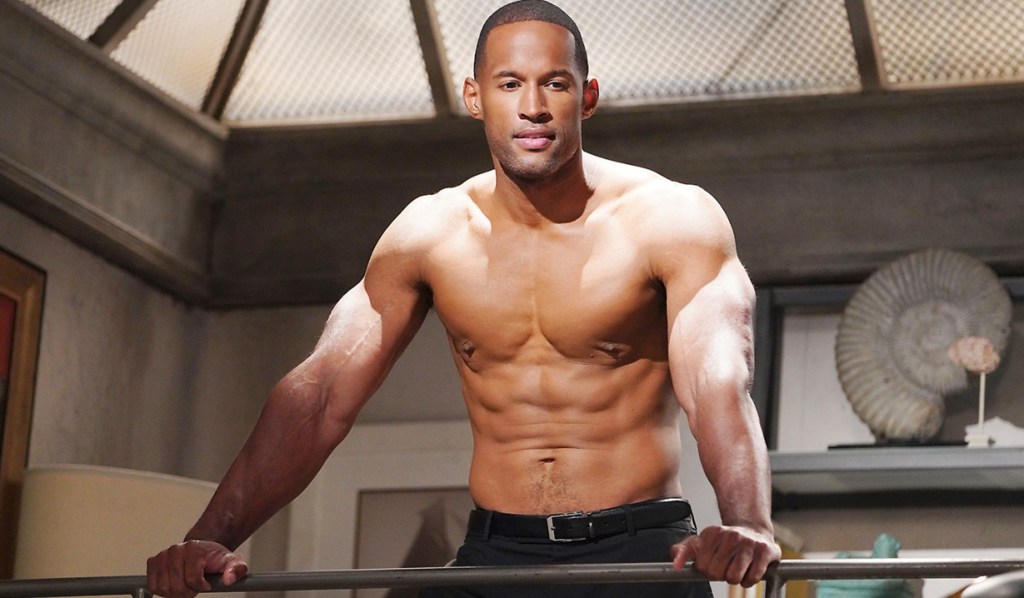 Quinn arrives at Carter’s place and looks around at the romantic set-up. He knows it must have been painful for her to finalize her divorce and wanted to show her how he feels about her. Carter reiterates that he wants to be with her and that she’s worth losing his job over. “We didn’t plan for this, but I’m glad it happened. Before you came into my life, Quinn, I was heartbroken and very angry. You made my life better.” Quinn exhales, “How can I be so lucky?” She marvels that she’s crossed so many lines yet Carter wants to be with her, for her. Carter confirms, “I do.” Quinn blurts that something unexpected happened at Eric’s. “The divorce isn’t finalized.” Carter learns that Eric found it in his heart to forgive and says he wants her back. Carter closes his eyes and drops his head.

More: Is it the end for B&B’s Quinn and Carter?

At Forrester Creations, Ridge and Steffy go over Sheila showing up on her wedding day to terrorize them once again. Ridge fumes, “You deserve to be happy!” Steffy assures her father she is — she loves Finn and that’s all that matters. Talk turns to the restraining order and Ridge assures her Carter will get it as soon as possible. Steffy’s thinking about getting a security guard. Ridge warns Sheila is crazy and it’s only a matter of time before she reaches out to Finn again. Steffy muses about what Finn must be going through. Ridge thinks he’ll be fine and understands what he’s going through because of Massimo. He hopes Finn understands how dangerous Sheila is. Steffy assures him he wants nothing to do with her and promises that he fully understands his birth mother is a dangerous sociopath. 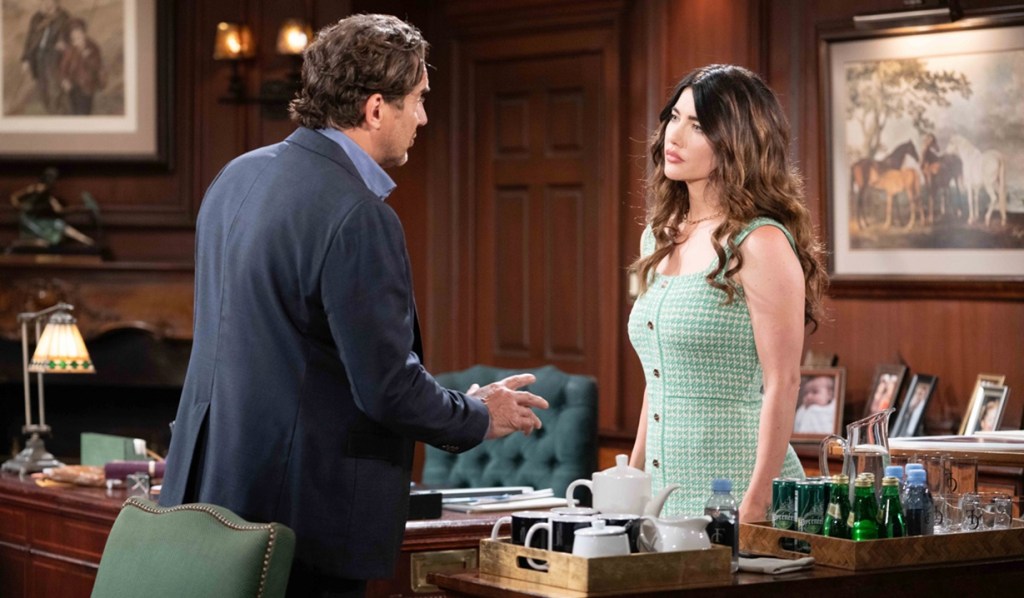 At the cliff house, Paris grills Finn about coming to grips about what he’s learned about his birth mother. He’s trying to process it. Paris feels it’s a lot to unpack and volunteers to listen if he needs to talk. Finn doesn’t want to dump his problems on her, but Paris argues that she kind of knows what he’s going through — her dad and Sheila aren’t all that different. He’s in jail and she misses him; she still wants him to be her dad even if everyone there hates him. Finn says Sheila is his birth mother; he waited all his life to meet her. He cracks Paris up by revealing he used to imagine Lucille Ball as his birth mother. She asks what it was like to meet Sheila. Finn was confused and a little angry, but looking into her eyes was cathartic. All of his life he had a missing piece and he finally found it — or it found him. 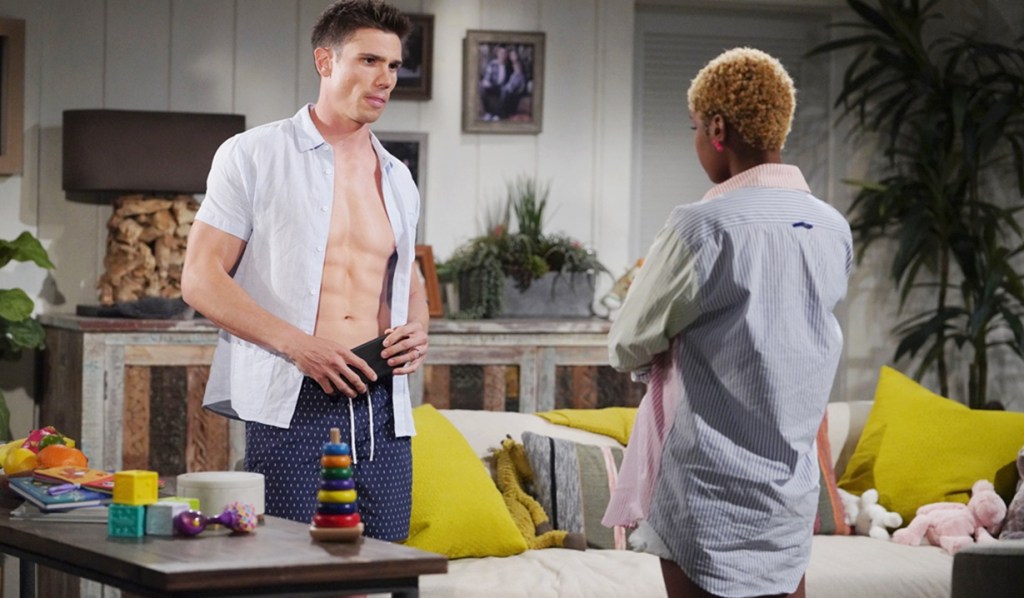 Finn expresses disbelief at hearing all of the terrible things she did to the Forresters. Paris asks if he plans to see her again. He doesn’t but tells her about their text exchange — and asks her not to say anything to Steffy. Paris asks if he responded to Sheila. He sent an emoji back. If she reaches out again, he’ll tell Steffy. Just then, there’s a knock on the door. Paris asks, “What if it’s Sheila?”

Next on The Bold and the Beautiful: Paris and Finn’s alliance deepens.

Look back on Quinn through they years in the photos below. Get your free daily soap-opera fix for The Bold and the Beautiful — and all of the other daytime dramas — delivered straight to your email inbox by signing up for Soaps.com’s newsletter.

Quinn Is Left Stunned by Carter and...