Monday, August 9, 2021: Today on The Bold and the Beautiful, Thomas jokes with his sister, Jack grows increasingly concerned, and Finn reels from meeting his birth mother. 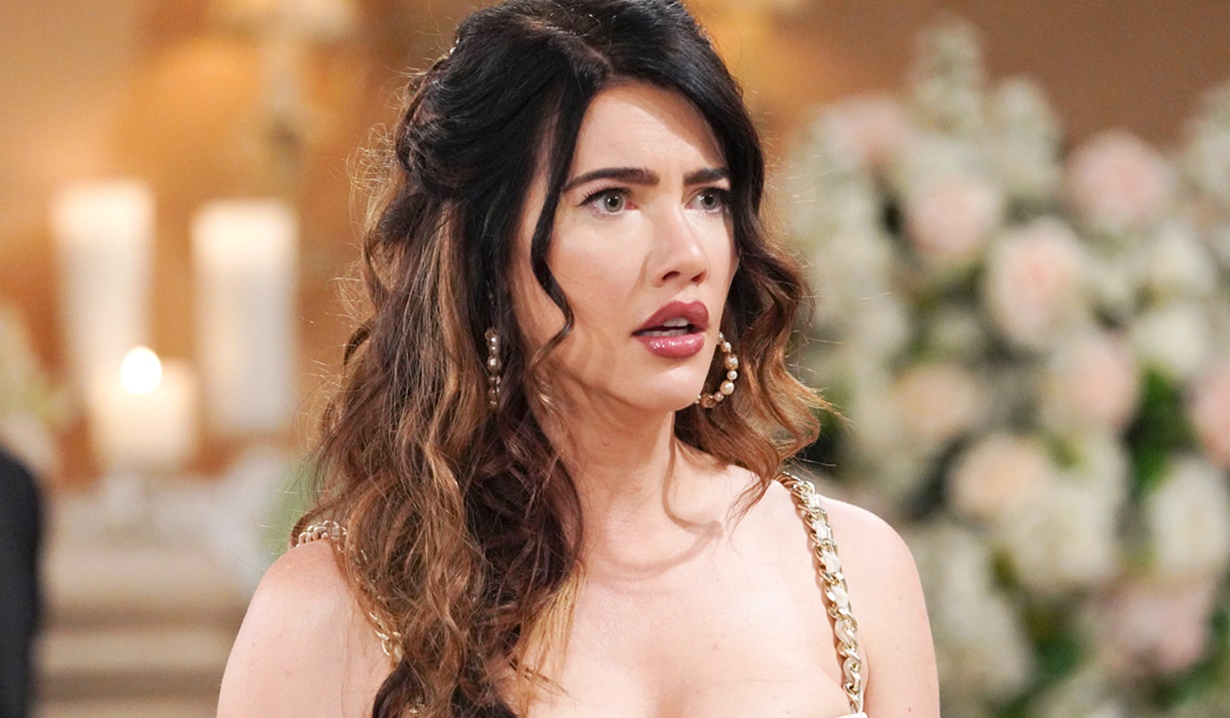 In the Forrester guest house, Sheila Carter tells Finn she’s his mother. Finn stammers, “You’re my-my mother?!” He asks if she’s his birth mother and Sheila confirms it. She knows what a shock it must be, but she couldn’t stay away — she had to see her son on his wedding day.

Inside the Forrester mansion, Steffy continues to enjoy her reception as Thomas teasingly asks if she’ll be Steffy Finnegan Forrester and he, Hope and Liam push for a honeymoon. Steffy gushes that every day with Finn is a honeymoon. Paris asks where her new hubby is, and she explains he’s on a call about a patient. Steffy turns to Hope, who is canoodling with Liam and thanks her for standing up for her. Liam jokes, “Take a picture. Could this day get any better?” 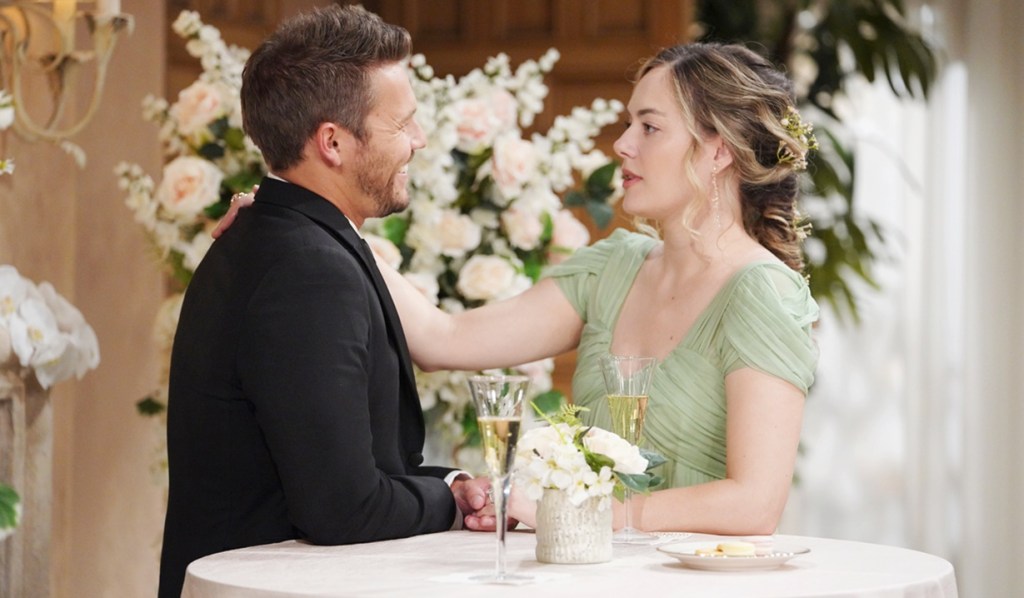 Nearby, Jack and Li talk to Eric, Brooke and Ridge about how much in love Steffy and Finn seem. They toast to getting through the nuptials with no interruptions and Jack looks off into the distance with an expression of concern as he swigs his bubbly. He’s very relieved that everything ran smoothly today… very grateful. 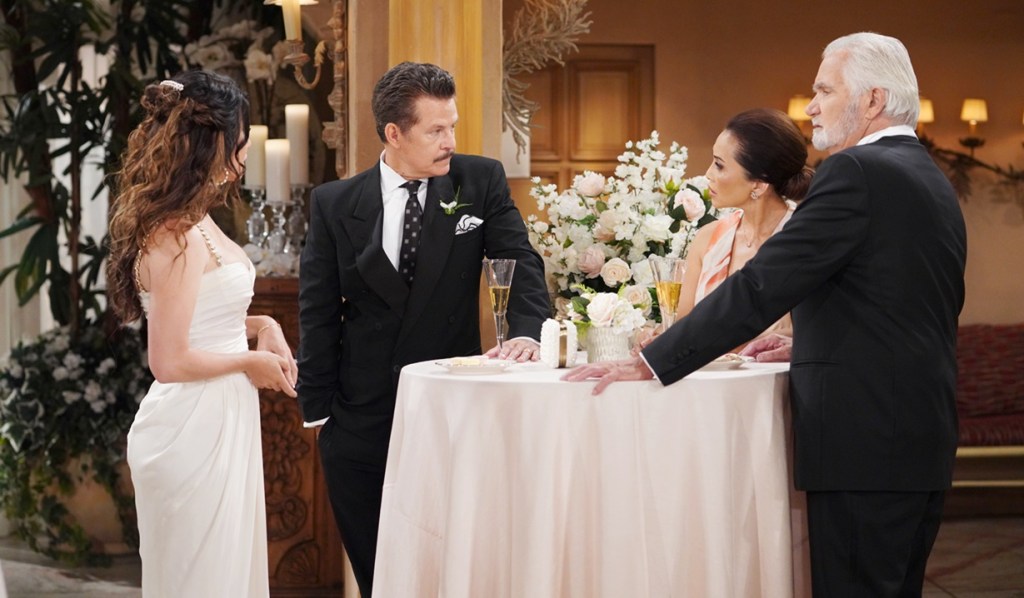 Steffy and Ridge puzzle over Finn still being on a call. Steffy knows it’s important and announces that he would want them to party. Li calls for everyone’s attention to make a speech about how happy they are to be joining a family like the Forresters. She talks about adopting Finn, who she couldn’t have loved more if he’d been her own. He’s been the light of her life — and Jack’s — since they first held him. Li often thinks about his birth mother and what it would mean to her to see him marry Steffy. 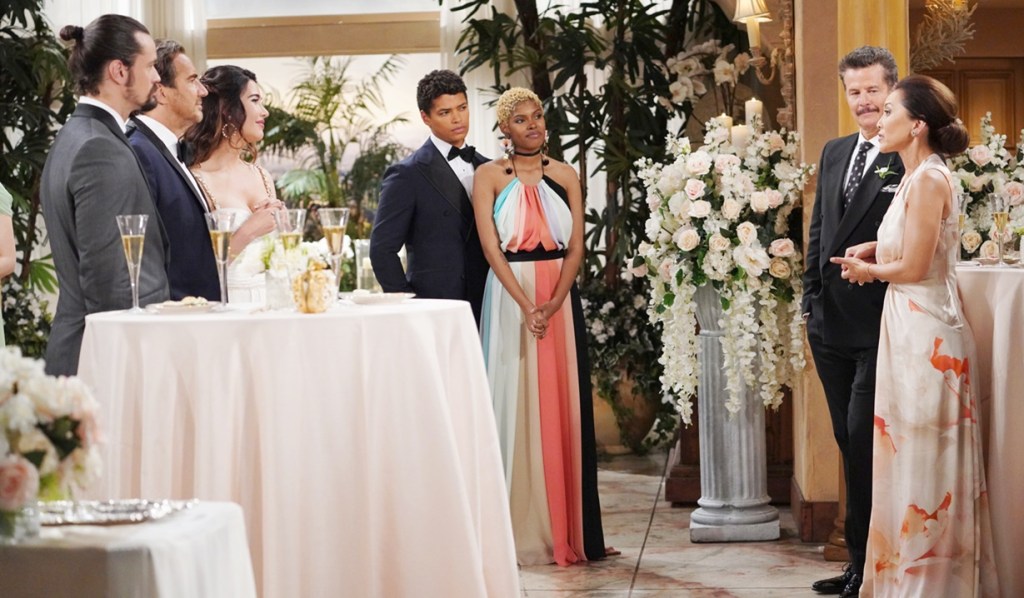 In the guest house, Sheila tells Finn she gave birth to him and still regrets giving him up. “I had to see you.” She had to let him know she’d never forgotten about him. Sheila steps closer to Finn as she explains she’s followed his life and career from afar and is so incredibly proud of his accomplishments. Becoming emotional, Sheila tears up; she never would have thought she could give birth to someone like him. Finn backs away from her; he needs a minute. He wasn’t expecting this, especially on his wedding day, and asks, “Why now?” 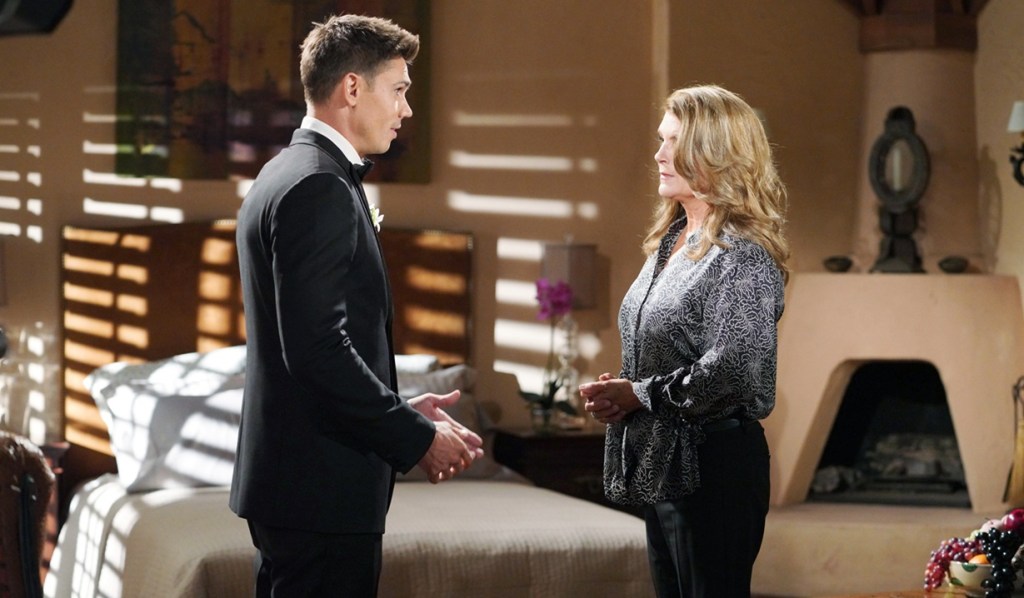 Sheila had to see him on his wedding day; marrying such an amazing woman as Steffy Forrester. She marvels that she has a grandchild now, but then decides she should leave. It would be for the best. “I had to let you know that I had never stopped loving you. I never will.” Finn questions never hearing from her. Sheila knew she was being loved by an incredible family and didn’t want to disrupt that. She’s had a lot of trouble in her past and wouldn’t have been a good influence on his life. Sheila reiterates how proud she is of him and insists she should go. Finn wants her to meet Steffy — he wants her to meet the whole family, they’re amazing. He marvels that he’s thought about this day for a long time. “You’ve walked into my life. I’m not letting you walk out.”

More: Sheila’s the mom… but who is Finn’s dad?

Sheila has waited decades to see the son she put up for adoption and wonders if he’ll forgive her. Finn replies that she doesn’t need it — she was thinking of what was best for him. Sheila repeats that it’s best for everyone if she leaves. Finn pulls her into an embrace and Sheila soaks it up. Finn implores her to come and meet Steffy and the family. Sheila doesn’t want to ruin his happy day. Finn gets a text from Steffy. He won’t take no for an answer; he wants her to meet her grandson and share in his special day. “My mother.” Sheila strokes his face. 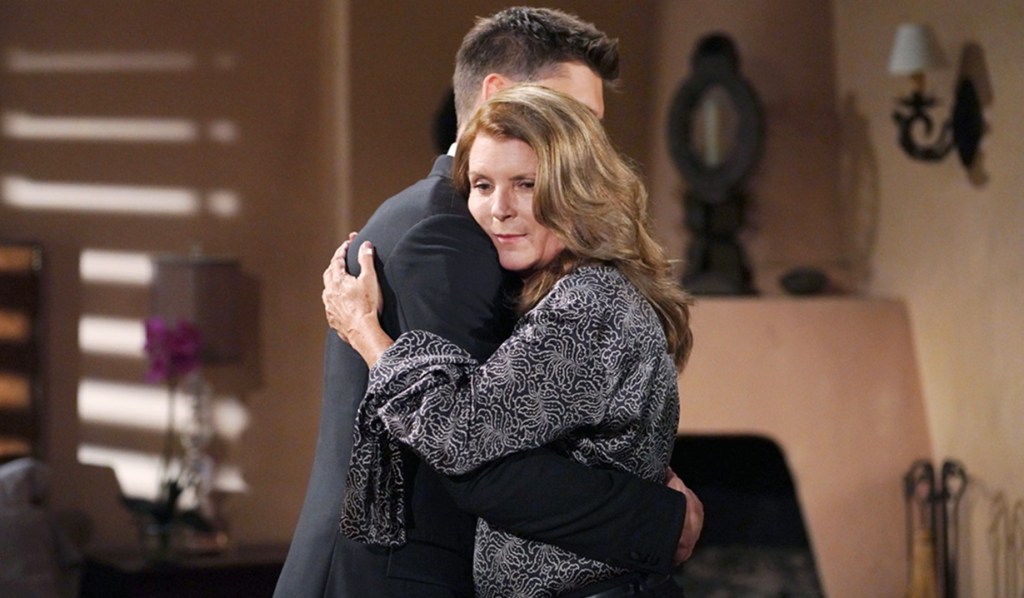 Inside, Jack doesn’t want to dwell on Finn’s birth mother, who has never been a part of his life. He raises a toast to the newlyweds and the guests debate starting to dance. Hope points out Steffy and Finn should have the first dance. Steffy explains how important Finn’s work is to him; that’s the kind of man he is — the kind of man Jack and Li raised. As Steffy reports that Finn hasn’t answered her text, Jack seems worried again. Just then, Finn walks in and announces that the most incredible thing has happened. “I’ve met someone.” Sheila walks in behind him. Everyone is rocked. Brooke drops her glass of champagne, which smashes on the floor, and gasps, “Sheila?” Ridge repeats, “Sheila?” Jack glowers. 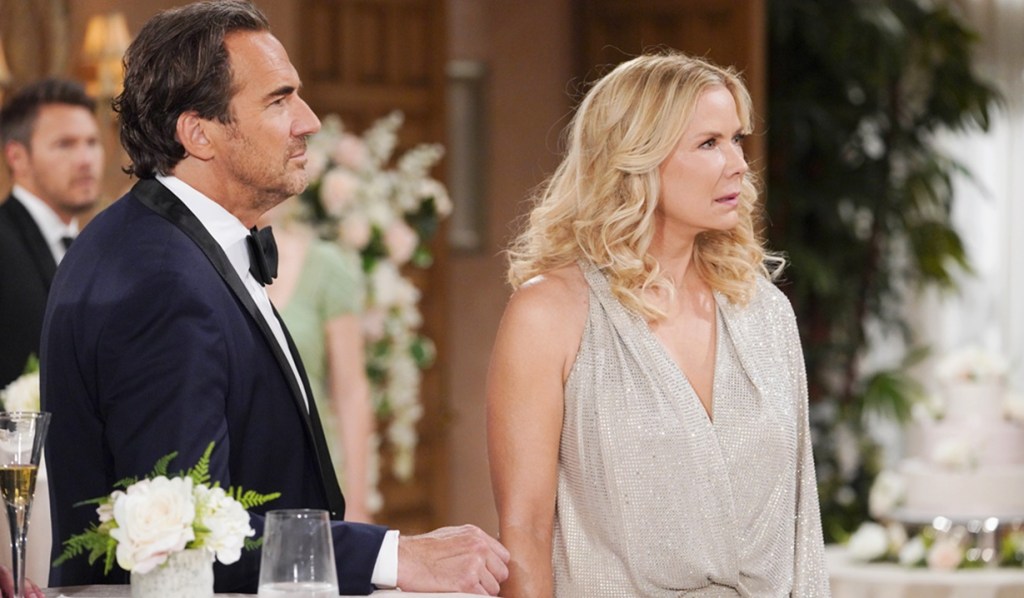 Next on The Bold and the Beautiful: Chaos ensues at Steffy and Finn’s reception.

In case you missed it, relive Steffy and Finn’s wedding of the century below. Get your free daily soap-opera fix for The Bold and the Beautiful — and all of the other daytime dramas — delivered straight to your email inbox by signing up for Soaps.com’s newsletter. 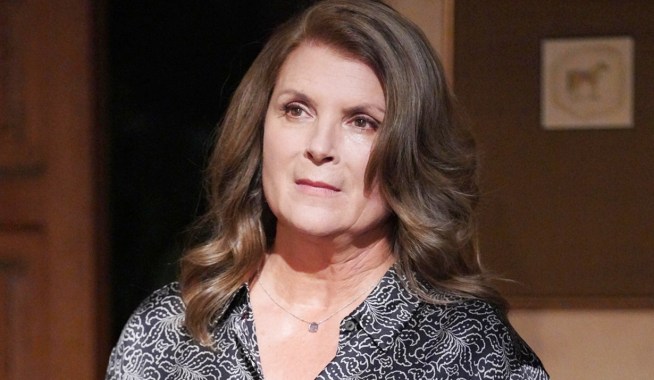 As Steffy and Finn’s Loved Ones Celebrate Their Joyous Union, Sheila Carter Reveals Herself to Finn — As His Mother 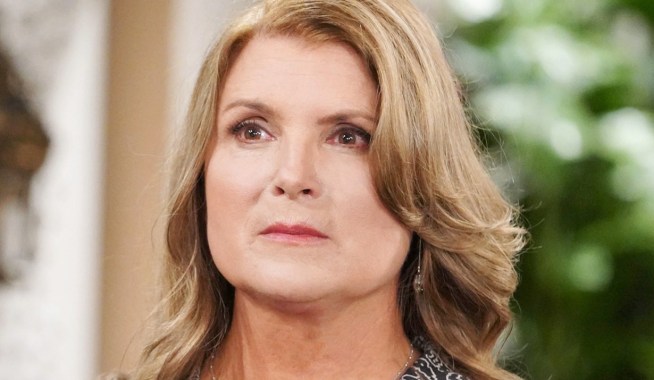