Wednesday, July 28, 2021: Today on The Bold and the Beautiful, Ridge plans a surprise, Zende questions Paris about Finn, and Brooke and Katie get the news they were hoping to hear. 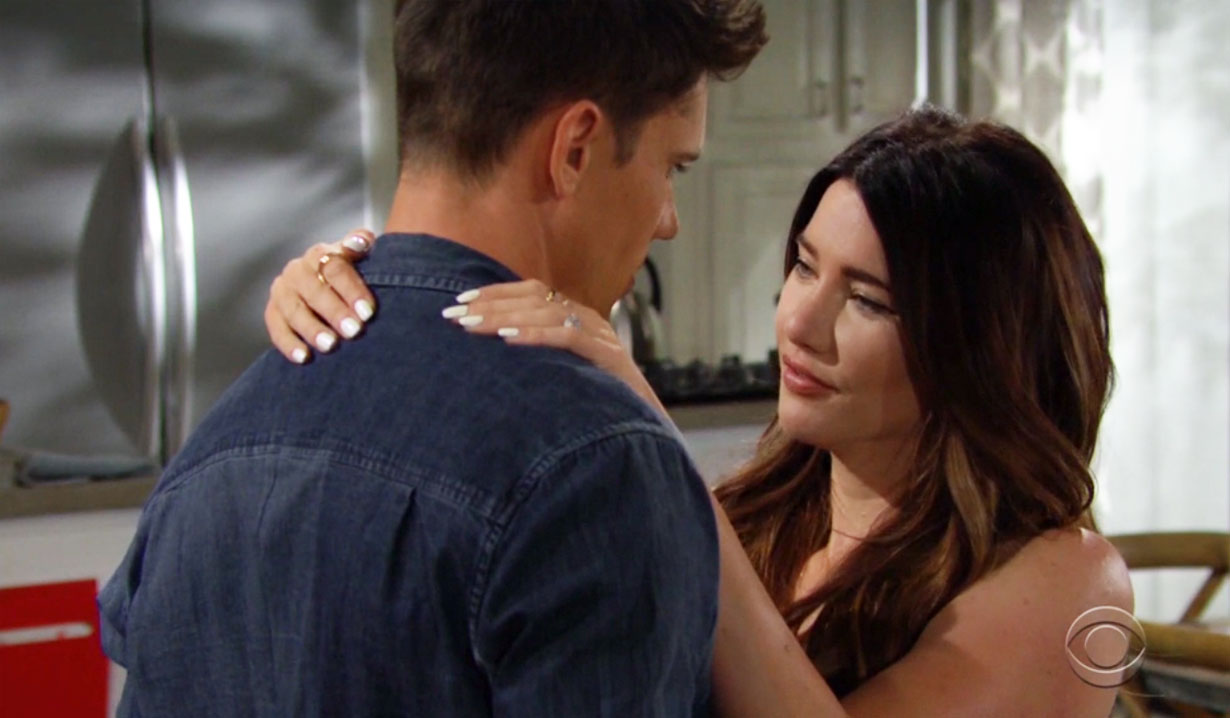 At Forrester Creations, Katie and Brooke share a laugh about Bill’s prison experience not making him more humble. Katie reports he’s spending every spare minute with Will. Brooke confirms Liam and Hope are doing the same. Talk turns to Ridge doting on Steffy and Finn’s little Hayes. Katie wonders if there will be another wedding soon. Brooke confirms that Finn and Steffy are as committed as it gets. She muses if Finn weren’t working at the hospital when she was brought in, they might never have met. Katie thinks it speaks to Brooke’s belief in fate. Brooke says Steffy seems happy and Katie agrees she’s settled in a mature way. Talk turns to Bill trying to charm Bill. The brunette admits he’s relentless, but swerves back to Steffy. She doesn’t need a man to define her, but they’re crazy about her so she doesn’t understand; “What’s the hold up?” 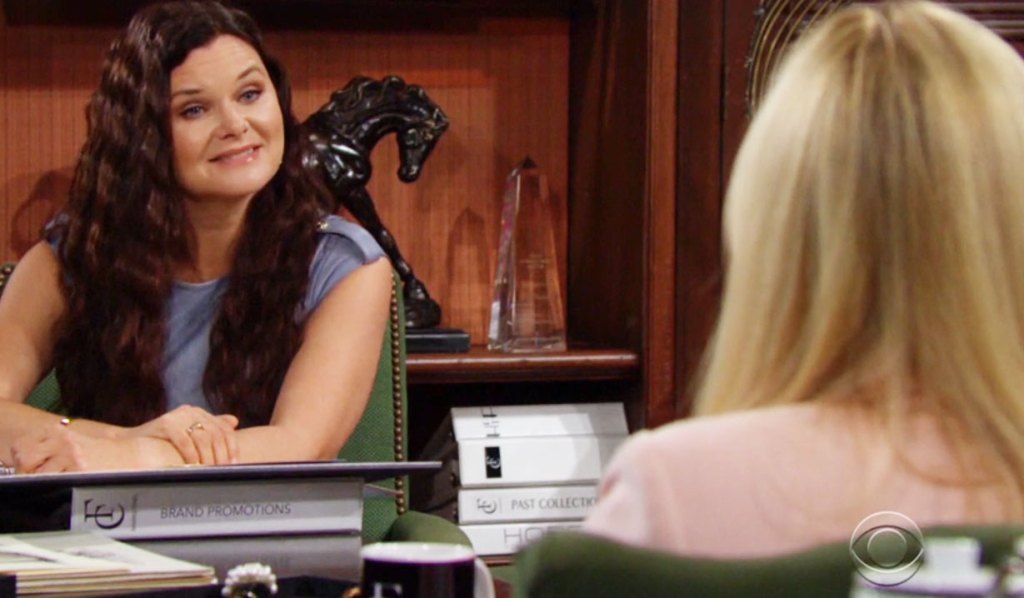 In Forrester’s design office, Paris understands Finn was disappointed by Steffy putting off marrying him — it wasn’t what he wanted to hear. Finn assures Paris that he’s good. The young woman thinks they’re relationship goals and tells him he’s special. She’s grateful for his and Steffy’s generosity. Zende enters with the files Steffy needs and Finn tells Paris he’ll see her later. Zende recaps, “He’s a good guy.” Paris agrees. “He sure is.” 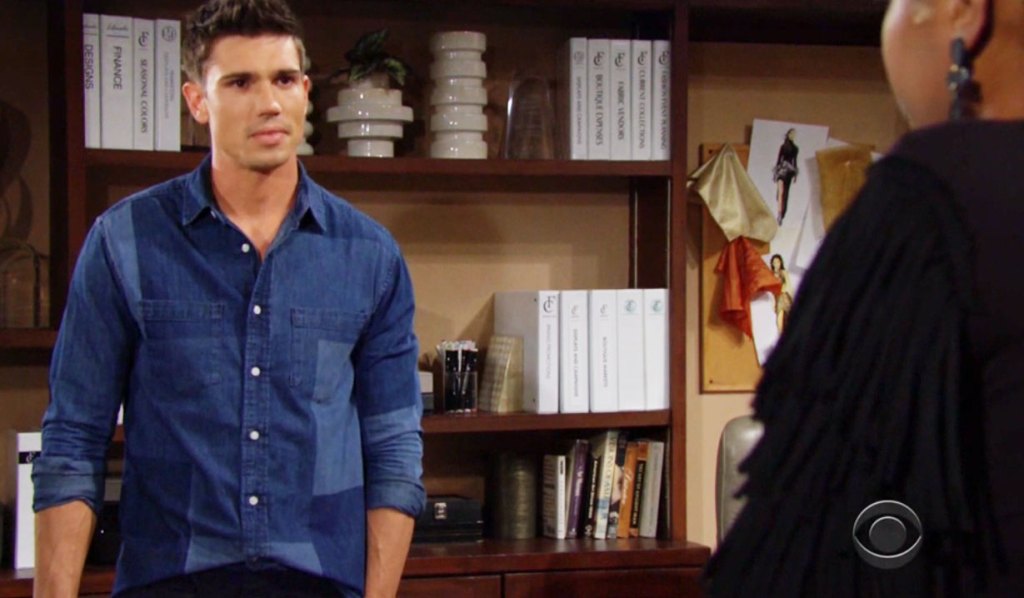 Paris goes back to admiring Zende’s latest design and declares it a showstopper. Zende’s glad they decided to take things a little slower. He doesn’t want to put the ease he feels with her at risk. Paris agrees; she doesn’t want their relationship to blow up like others’ have. Zende remarks that he felt like he was walking in on something between her and Finn. “Is everything okay at the beach house?” Paris says it is, but sometimes you pick up on nuances.

At the cliff house, Ridge and Steffy run down Finn’s good qualities. Ridge thinks he hears something — wedding bells! Steffy groans and takes a playful swipe at him. Steffy talks about how sweet it is watching Finn as a dad and Ridge sketches the look on her face. He won’t show her what he’s working on and she guesses he’s designing her dress. Finn arrives, so Ridge leaves them to discuss the future. 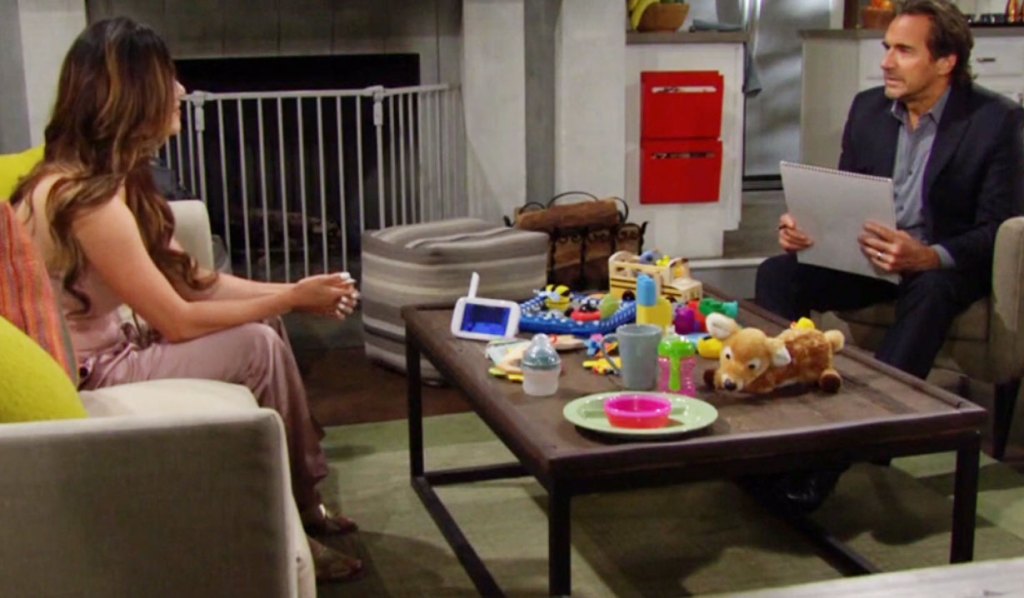 Ridge joins Katie and Brooke in the main office at Forrester and gushes about his new grandson as they titter. They ask about Steffy and Brooke reveals they were wondering why they’re not married yet. Ridge questions them caring about Steffy. Brooke is happy for her having found Finn. Ridge agrees it’s a relief for him. He’s glad Liam is with Hope and believes Steffy should be with Finn. Brooke and Katie still want to know why she hasn’t made it official. Ridge teases he might have information. They urge him to spill. Ridge reveals that Steffy plans to talk to Finn about getting married — there may be wedding bells very soon. 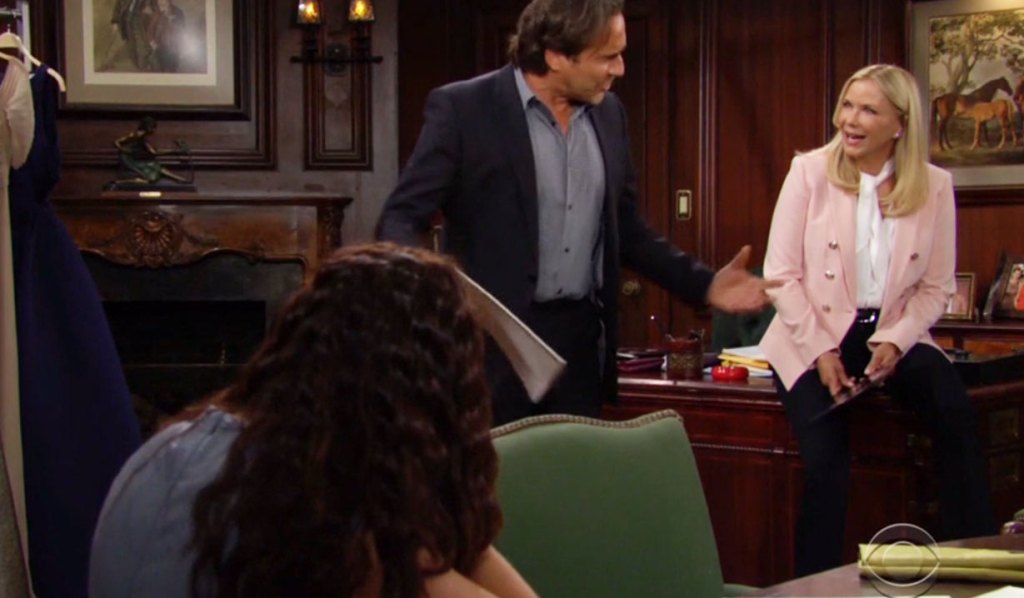 More: What is Finn hiding?

At Steffy’s place, she and Finn canoodle as he hands over the files from the office. She feels so lucky to have him in her life. He feels like the lucky one. She concludes they’re both lucky and confirms she never wants to let him go. Steffy says she wants to keep her arms around him always and adds, “Until death do us part.” Finn asks, “Are you saying what I think you’re saying?” Steffy murmurs, “Mmhmm.” They kiss. Steffy tells Finn how happy she was when he proposed, and how much it meant that he wanted to get married right away. She realizes it must have stung when she said she needed time. Finn understands she needed to catch her breath. 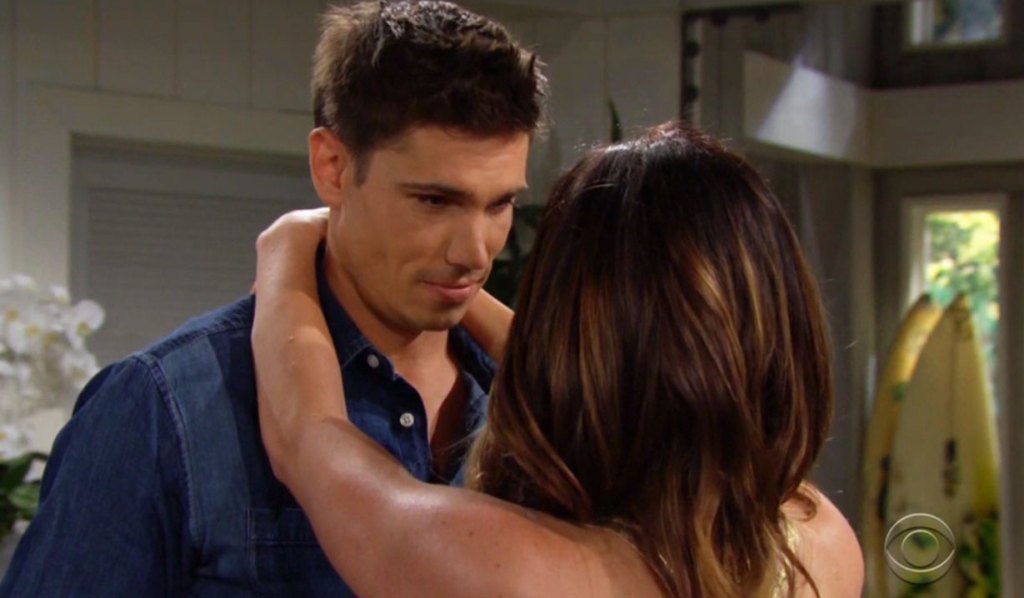 Steffy marvels at the ways Finn shows he loves her and declares she wants to marry him… and she wants to do it right away. Finn has wanted it since the first moment he laid eyes on her. He would be honored to have her as his wife. They kiss passionately. Steffy repeats that she wants to marry him right away. They rejoice and embrace, but Finn’s expression changes to look concerned when she mentions meeting his parents.

Next on The Bold and the Beautiful: Quinn irks Brooke by paying Eric a visit.

As Ridge designs Steffy’s wedding dress, look back on Jacqueline Wood’s hottest red carpet gowns in the photo gallery below! Get your free daily soap-opera fix for The Bold and the Beautiful — and all of the other daytime dramas — delivered straight to your email inbox by signing up for Soaps.com’s newsletter. 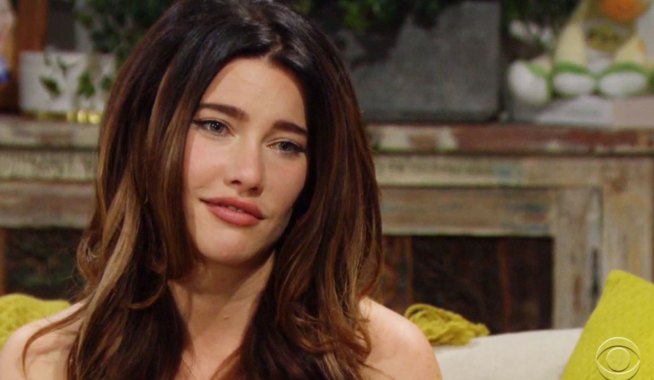 Brooke Lashes Out When Quinn Strolls Into Forrester Creations 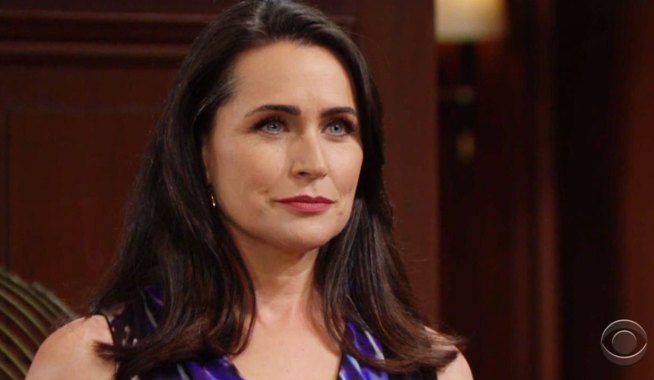