After Quinn Learns That Carter Saved Her Jewelry Line, They Make a Move That Could Define Their Future

Friday, July 23, 2021: Today on The Bold and the Beautiful, Carter has big news for Quinn, Brooke rants to Ridge, and Wyatt worries about his mother. 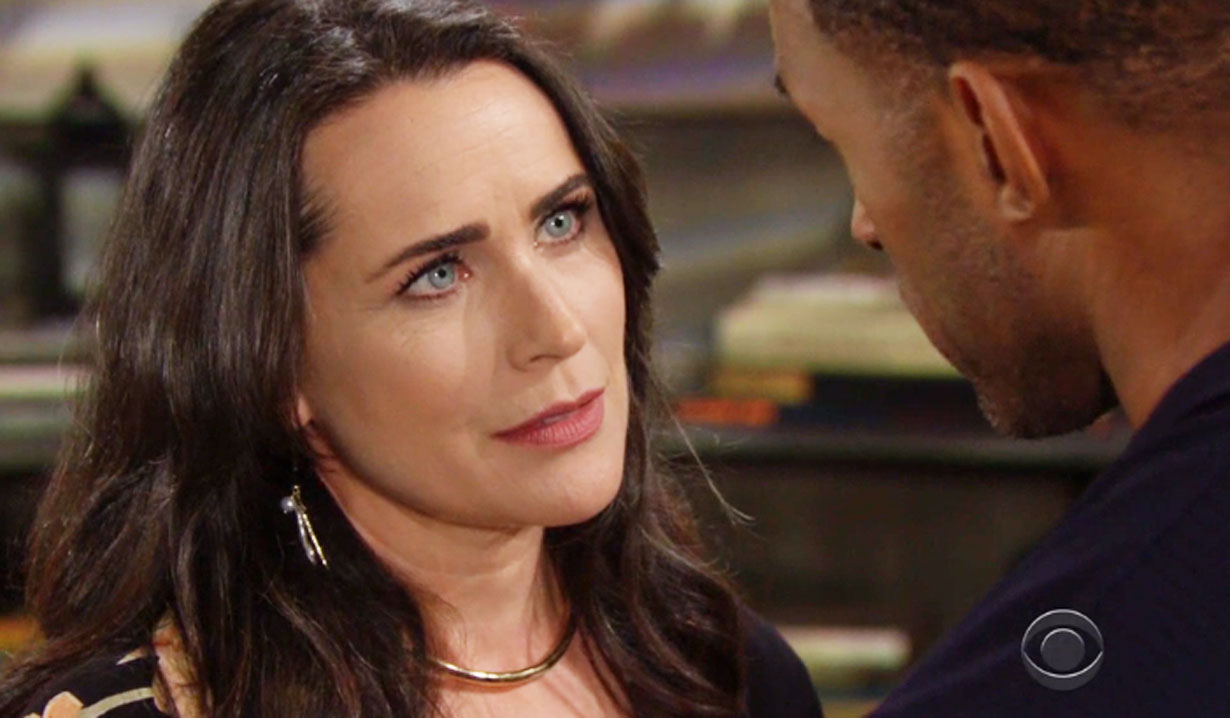 At Spencer, Wyatt wants to know what Quinn’s keeping from him. Quinn insists there’s nothing then reads a text from Carter saying he’s on his way home. She thanks Wyatt for his concern then leaves. Wyatt takes call and yells at someone who’s trying to change terms of their agreement. After he threatens to get Bill involved, the person relents and Wyatt hangs up. Flo flirts with her man, who expresses his relief that Bill and Liam are out of jail. Now he can refocus all of his concern on Quinn. Flo agrees that his mom was acting weird then admits she can see how Quinn fell for Carter. He’s gorgeous! Wyatt becomes annoyed when Flo can’t stop listing Carter’s good attributes until Flo says, “I love you.” Wyatt questions because Carter gave Quinn the time of day, Flo believes it was okay what his mother did? Flo denies that but talks about Eric pulling away… every girl has a right to feel desired. She insists to Wyatt that he makes her happy and she would never do that to him, no matter how hot the guy was. They kiss then Wyatt jokes about how he’s been working out — but doesn’t have muscles like Carter. 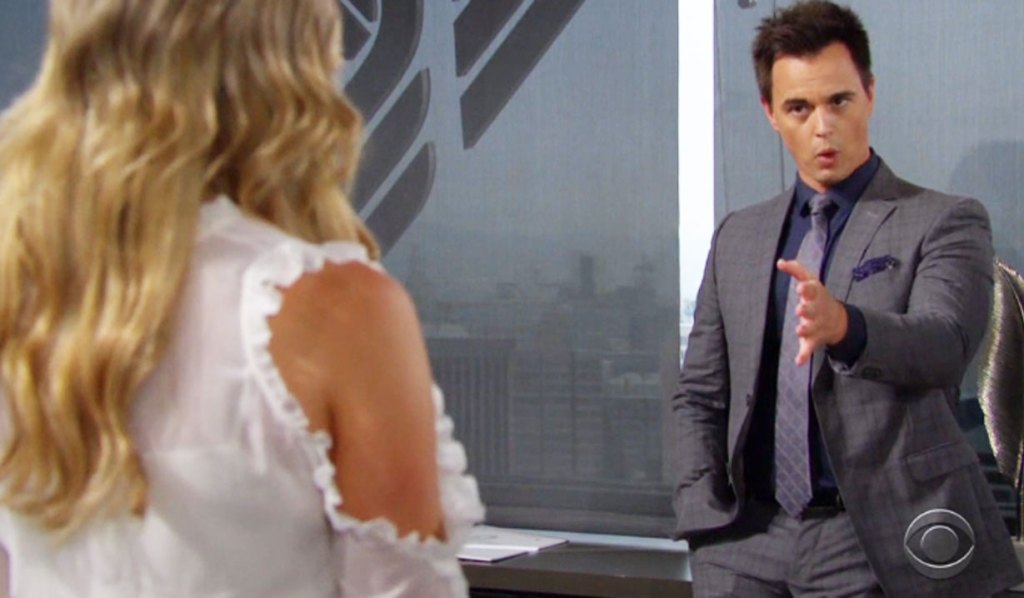 At Forrester, Carter reads a text from Quinn that she’s on her way. Ridge and Brooke appear and Brooke learns Eric is keeping Quinn’s jewelry line. Ridge knows it’ll be more paperwork for Carter, but Carter assures them he’ll take care of everything regarding Quinn. After Carter leaves, Brooke seethes about Quinn’s line. When she asks if Carter pushed for Eric to keep it, Ridge’s expression confirms the fact. Brooke admits the line is a moneymaker but she wanted Quinn gone for good. As long as she’s banned from the building, Brooke can be okay with it. Ridge knows this whole mess is awful for Eric, but in a way, Carter did them all a favor. Quinn showed her true colors to everyone. Brooke thinks Ridge is right, Carter did do them a favor and now Quinn will be alone for the rest of her life. She’s incapable of loving anyone but herself. Ridge and Brooke kiss. 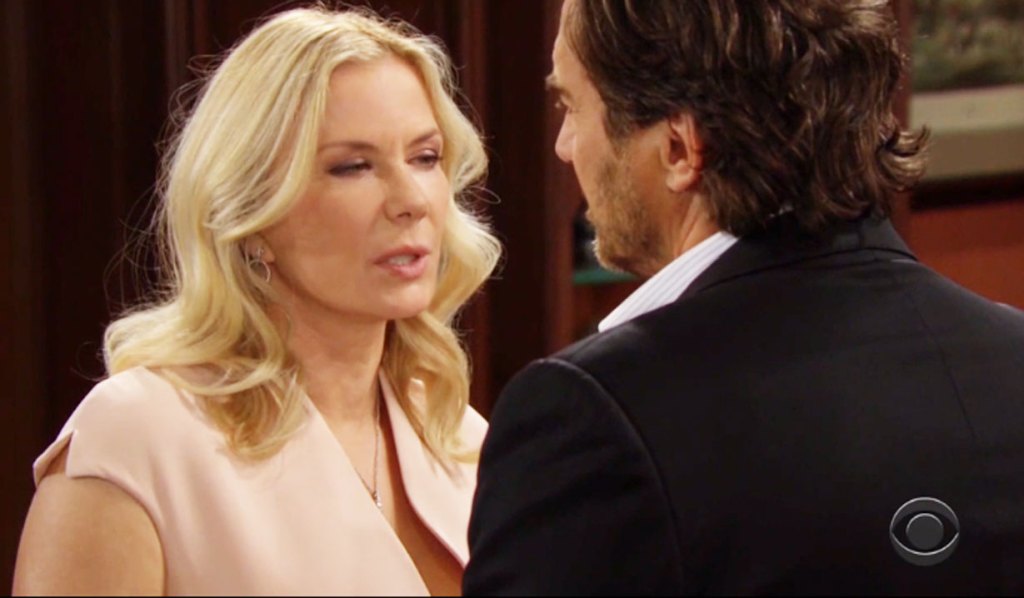 More: Receive a personalized message from a B&B star

Quinn meets Carter at the loft and reminds him that it’s not good for them to be together. Carter can hardly keep his hands off of Quinn so he puts some space between them then relays what happened at his meeting with Eric and Ridge. Quinn can’t believe that Carter fought for her and convinced Eric to keep her line. Quinn moves in to hug him but thinks better of it. Though she appreciates what he did, Quinn doesn’t want Carter to lose his job because of her. She again reminds, “I’m not worth it,” but Carter doesn’t want to hear that ever again. “You are,” he vows and takes her in a kiss. They pull back and Quinn warns they have to be strong. One kiss will lead to another and she’s trying to protect him. Carter is thankful, but it’s hard to give up their connection. She urges him to forget about her. “What if I can’t,” Carter says but knows she’s right. Quinn has a hard time expressing emotion, but with him… the way he looks at her and touches her… “You have to know the effect you have on me.” She feels like herself with him. Carter is right where he wants to be and feels the same way. “I’ve never felt this way before,” Carter sighs and talks about love and lust. Quinn wouldn’t have it any other way and says, “It’s us,” then kisses him. 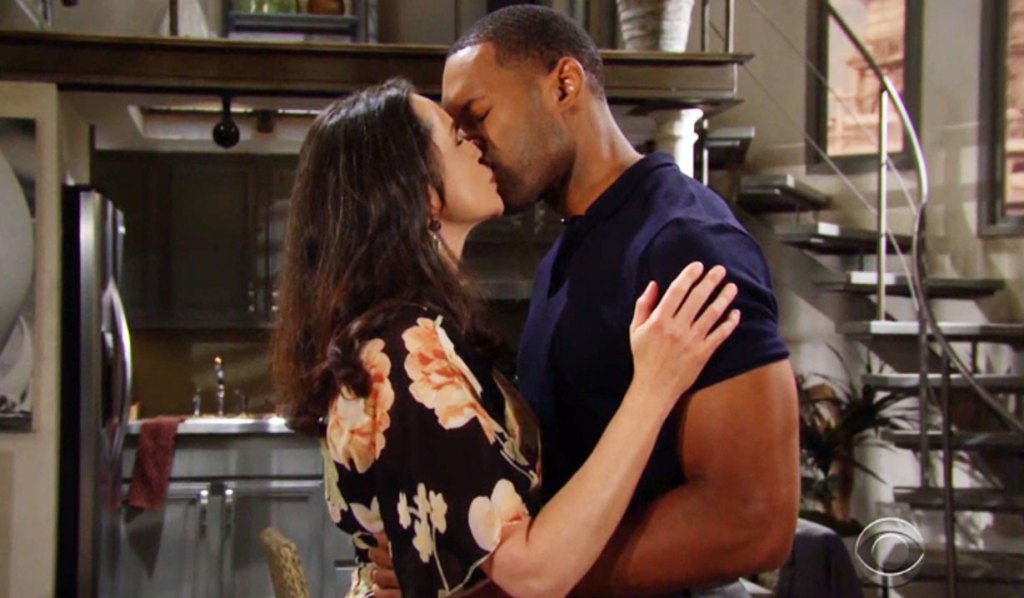 Next on The Bold and the Beautiful, Paris talks to Zende about moving in with Finn and Steffy.

Take look at Soaps.com’s gallery below featuring photos of the soap stars looking gorgeous — and the beauty products that they use. You may already have them in your bathroom!

<p><em>Days of Our Lives</em> vet Deidre Hall (Marlena) <a href="https://www.instagram.com/p/CMar0nvhTjL/" target="_blank">shared a post</a> in March 2021 and talked about “things no woman can afford to lose.” She listed, “that one hour of sleep… that one minute for treating those tired eyes… that one second to grab the great savings on Michael’s products!” Of <a href="https://www.amazon.com/Michael-Marcus-Piece-Eye-Duo/dp/B079YY59T6/?tag=soaps0f6-20" target="_blank">Michael Marcus Cosmetics</a>, Hall stated, “My first stop every morning.”</p>

Wyatt Lays the Smackdown on Quinn as...