Monday, July 12, 2021: Today on The Bold and the Beautiful, Liam is on the verge of being sent away, Hope is desperate to save the day, and Eric makes it clear he's definitely not over the whole Quinn/Carter thing. 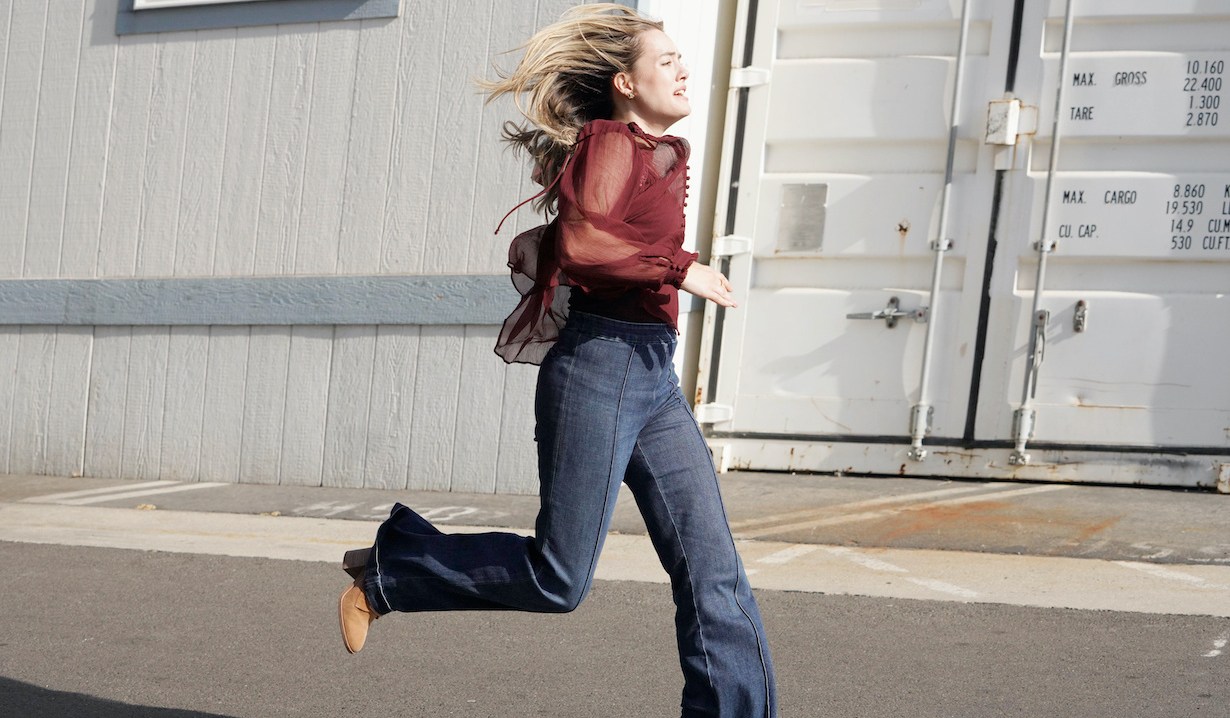 At the jail, Thomas and Hope continued trying to convince Baker that Liam had been wrongly arrested. "We have proof," they insisted, explaining that Vinny had been tracking Liam and thrown himself in front of the car. Why? In order to clear the way for Thomas to have a happily-ever-after with Hope. Baker, meanwhile, informed them that Liam was about to be transferred to a maximum security prison. "That doesn't make sense," insisted Hope. "Liam is not a violent criminal!" 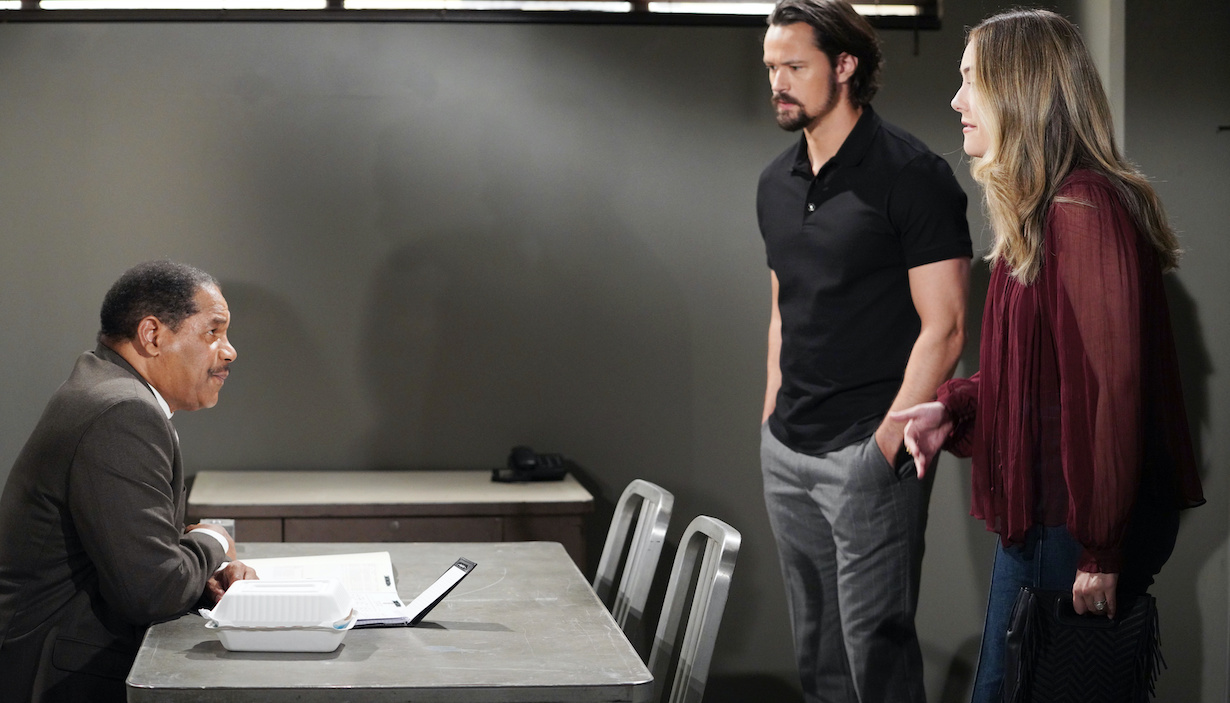 Hope and Thomas continued telling Baker their version of what had happened, eventually getting around to the fact that Vinny had sent a video which proved everything they were saying. Baker asked to see it, only to do an epic eyeroll when Thomas admitted he didn't have his phone. Moments later, another cop interrupted to say that he had a delivery for Baker… and inside the envelope was Thomas' phone! 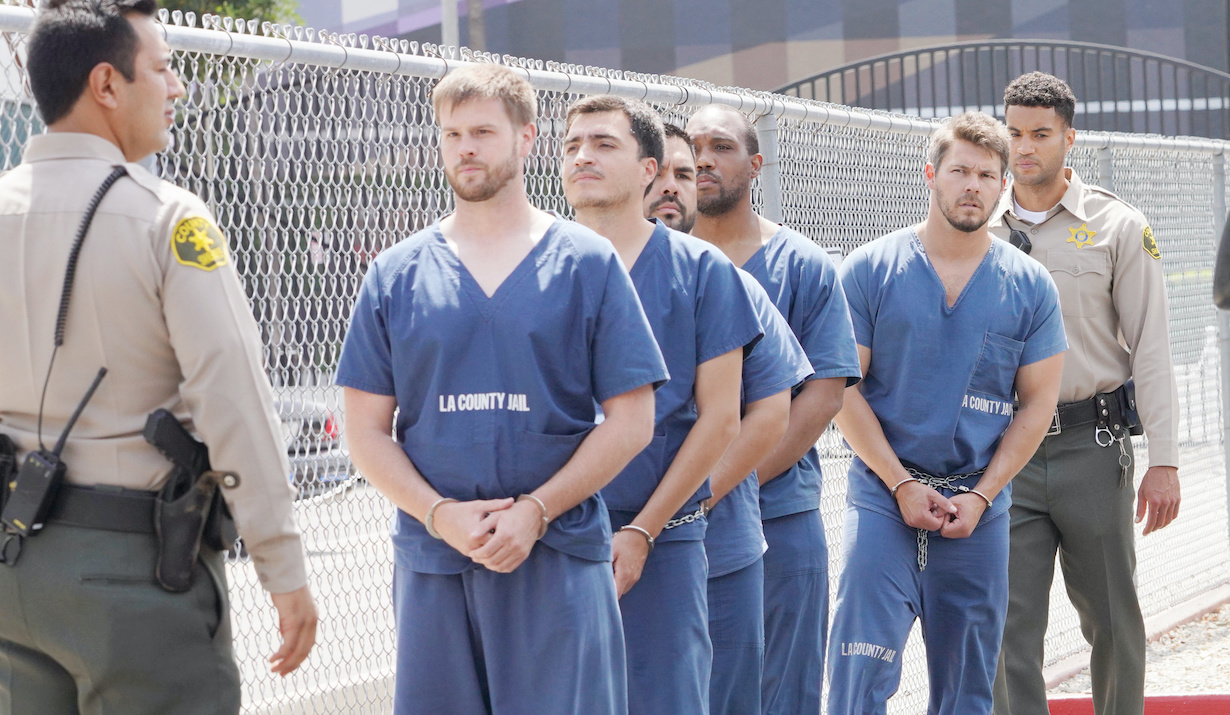 More: Zoe's exit ranks amongst the worst ever

Even as Thomas was showing Baker the video which would clear Liam, a guard arrived to begin the prisoner's transfer. Hope, hearing Vinny's rant for the first time, reacted to Vinny saying that she would finally be free to have a future with Thomas. "My God, that was horrible," she uttered. Thomas agreed that every time he saw the video, he struggled with why Vinny had thought this was what he wanted. Based on the video, Thomas and Hope told Baker that surely he couldn't leave Liam locked up any longer.

Baker said that what was happening to Liam wasn't his call, but Hope, looking out the window and seeing her husband being moved toward the transport vehicle, said that time had run out. Something had to be done!

At the Forrester mansion, Ridge informed Brooke and Eric that he'd finally heard from Thomas and that his son was fine. Despite this news, Ridge didn't seem all that placated, saying he still didn't understand what the heck his son had been thinking, simply vanishing without telling anyone. Brooke, however, wanted to talk about the elephant in the room… or rather, the portrait still hanging above the fireplace. "I hope that doesn't mean you're going to give her another chance," she said. 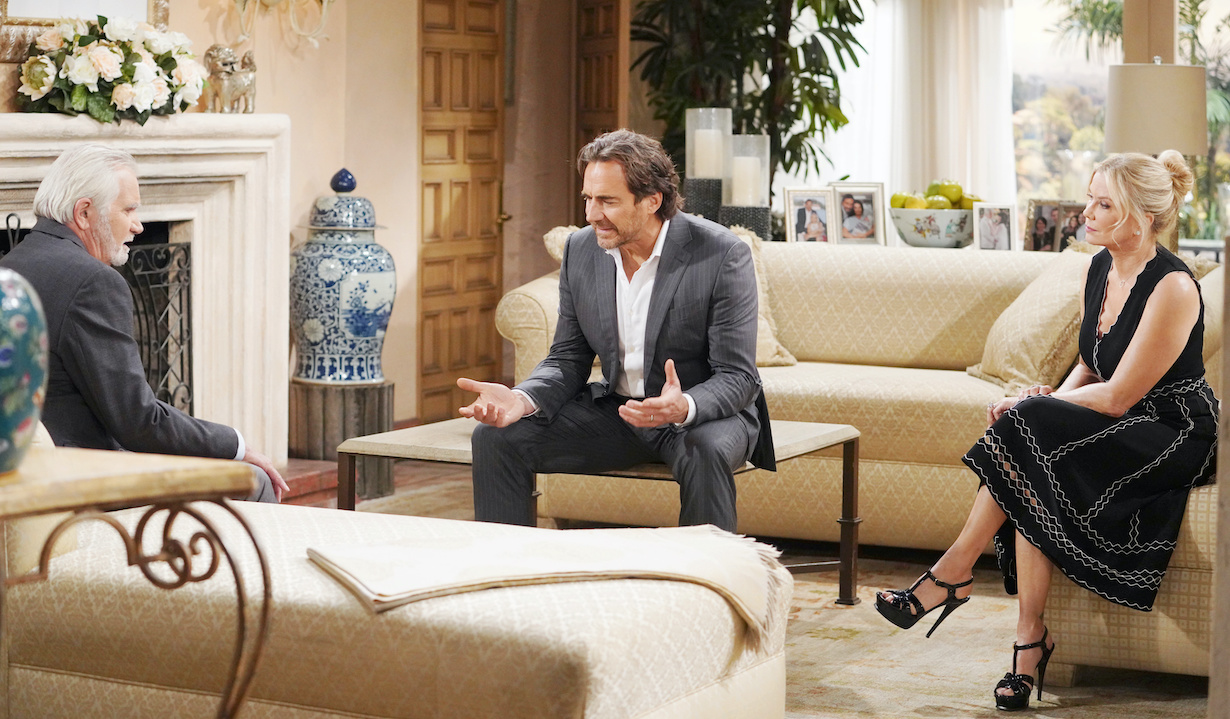 Eric made it clear he was tired of giving Quinn chance after chance, especially now that she had cheated on him with someone he knew and trusted. "We all trusted Carter, didn't we?" asked Ridge. "He was my best friend!" Eric and Ridge found Carter's behavior baffling, given that he is a good man. Brooke, however, knew exactly where the fault should be placed. "He didn't stand a chance against Quinn," she insisted. "He doesn't do these things, but Quinn does. So it's quite obvious… she infected him!" (Tell us how you really feel, Brooke!)

Crossing paths at Forrester, Carter asked what Quinn was doing there. Holding up an empty box, she indicated she was there to pack up her stuff, given that Eric didn't want her working at the office. She'd also been hoping, she admitted, to run into him. Carter admitted he wasn't sure if he still had a job, given that he hadn't seen Eric or Ridge since the ceremony. "That was a helluva thing," understated Quinn. On the plus side, "at least you don't have to officiate any more Forrester family weddings!" 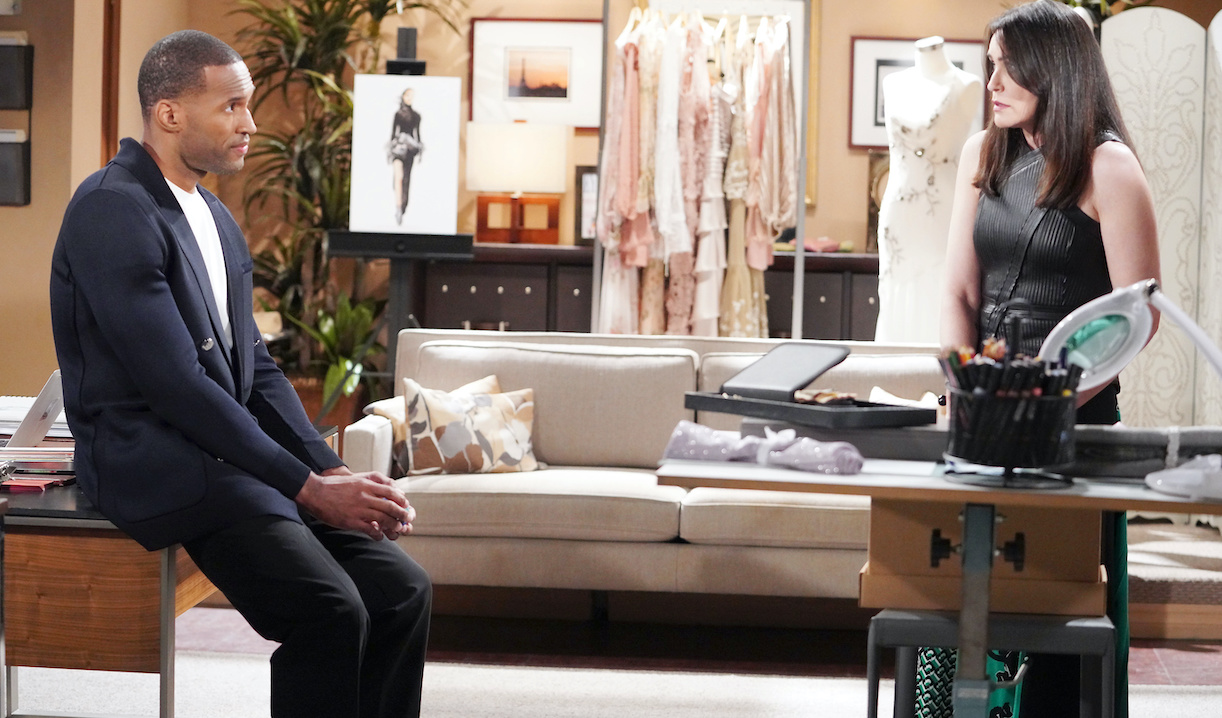 More: Did Quinn's betrayal kick off an epic battle?

Carter said he was working on his resignation letter, seeing as Eric no doubt hated him now. "Hate isn't really his style," pointed out Quinn. Even if that's not true, Carter said, things would never be the same. "I don't know if you heard, but I had an affair with the bosses wife!" Carter said that he'd spoken to Zoe, who wanted nothing to do with him. "She said that I betrayed her," he added, prompting Quinn to break out the "You were on a break!" rationale. Quinn shared that she, too, had spoken to Zoe, who said "so many awful things." (Frankly, it's a sin that we didn't get to see Zoe rip into either her former beau or the gal pal who'd deceived her.) Quinn said that Zoe was actually more disappointed in her for having lied to Eric. As they were discussing who should feel more guilty, Carter's phone rang. It was Eric, summoning him to the house. Quinn hoped he wouldn't lose everything he'd worked so hard for.

As Quinn was packing up, awash with memories, Brooke interrupted, telling her nemesis that she could leave her badge on the way out. "Are you here to gloat," asked Quinn, "or just make sure I don't steal a stapler?" When Brooke asked whether Quinn felt any shame or humility, Quinn asked what she wanted. "A personal mia culpa? I don't owe you that," Quinn insisted. "You had everything," pointed out Brooke, saying that Eric would have given her anything. "All you had to do was stay faithful. But you blew it!"

At that moment, Carter arrived at the mansion to find Eric and Ridge waiting for him in the living room. Carter tried to apologize, but Eric didn't want to hear it. "All I ever asked of you was loyalty," Eric insisted. "I can't believe you would do this to anyone, and certainly not to me. Is this who you are? Is this who you always were and I'm just seeing it now?" 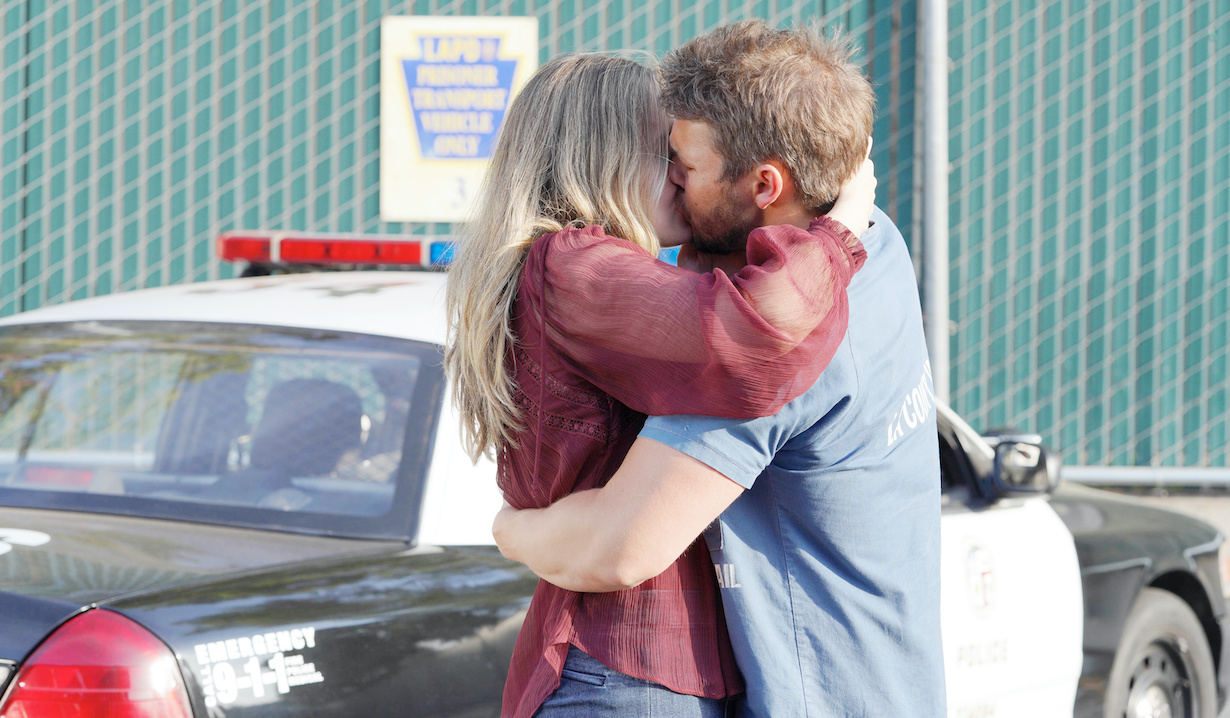 At the station, Hope realized that time was quickly running out. "Something has to be done," said Hope. "If you can't, I will!" With that, she dashed out of the interrogation room and ran to try and stop the transport vehicle. With Thomas following, Hope literally ran across the parking lot, shouting for Liam! At the last moment, the vehicle was stopped after Baker radioed ahead. Just like that (no paperwork required!), Liam was taken off the transport, freed of his handcuffs and ran directly into Hope's open arms. "What is happening? I don't understand," he said, becoming even more confused upon seeing Thomas standing beside Baker. "You're finally coming home," said Hope, pulling her husband into a kiss as the music swelled…

Next on The Bold and the Beautiful: Eric makes a stunning demand of Carter. 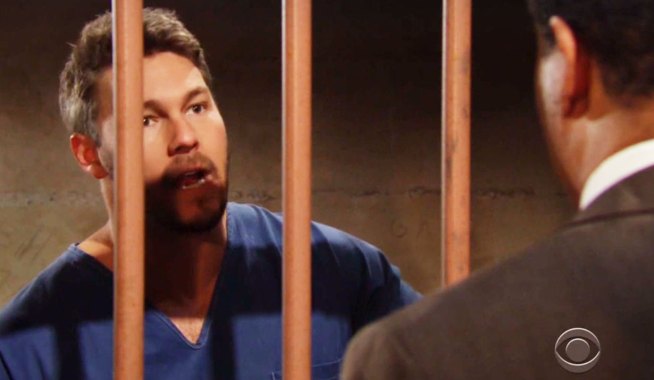 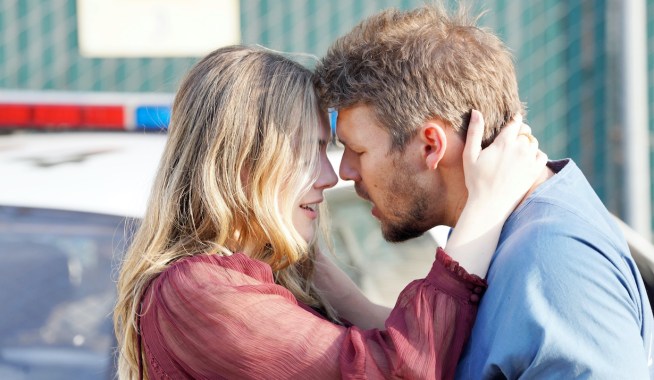