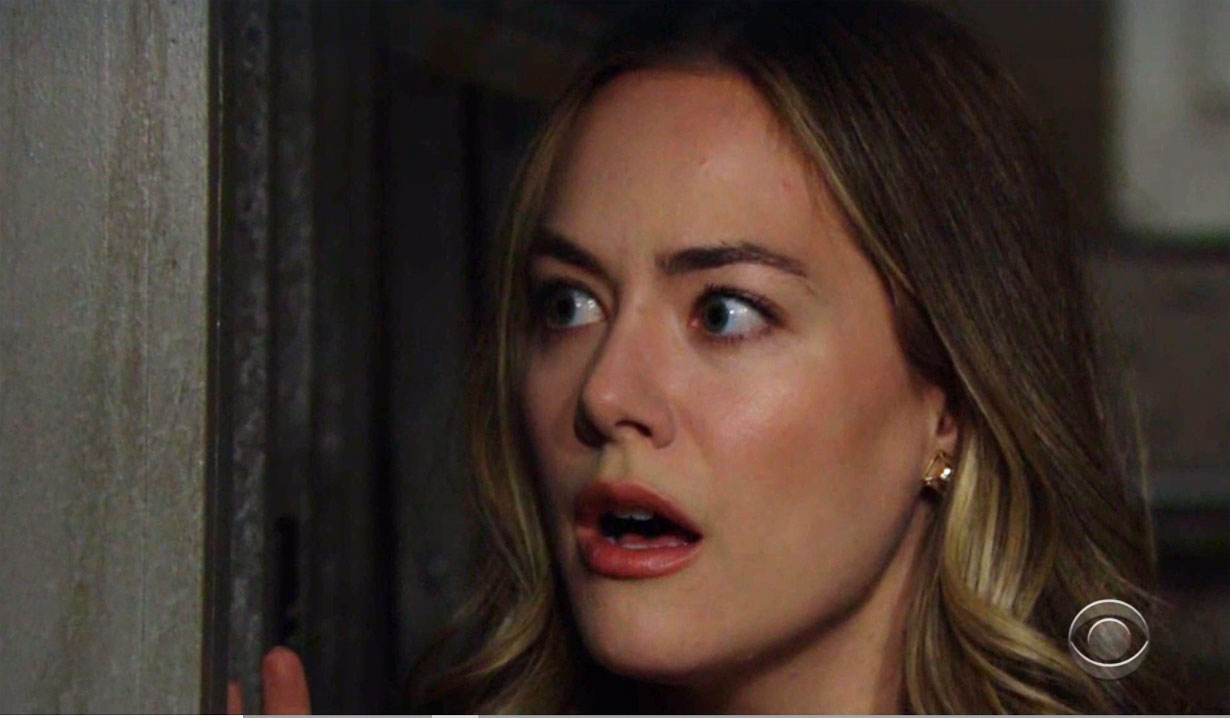 At Forrester Creations, Ridge is telling Brooke all about his new baby grandson when Hope comes in. She’s happy for Steffy and is sure she and Finn are enjoying the newborn. Brooke asks if Hope is okay. She’s focused on finding evidence that will prove Liam didn’t hit Vinny on purpose and getting him out of that jail cell. They go on about the heart-breaking situation until Ridge complains about Justin. Hope wonders if Ridge has heard from him and mentions that she went by to see him and he had Thomas’ phone. Ridge is dismayed to hear that Justin wouldn’t let her have the phone and that he said Thomas had gone out of town. Hope found it surprising too. Ridge thinks it’s incredibly strange and rants about Justin throwing him out of the helicopter. Hope has to believe he’s doing everything he can to get Liam out of jail. 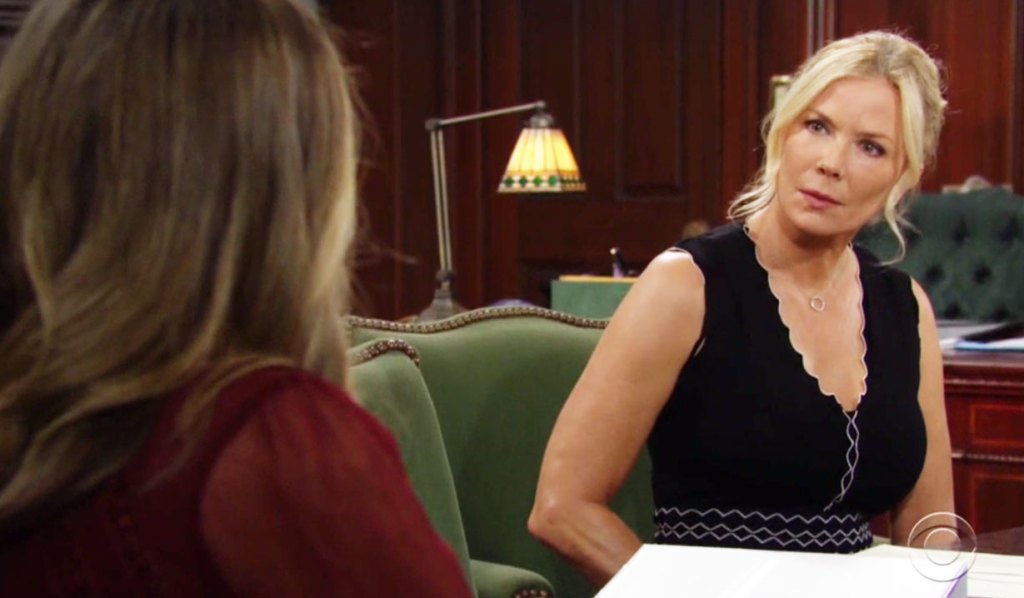 Brooke reminds Ridge and Hope that Thomas has been known to take off and likes to go hiking. Hope believes he would have reached out to her, and Ridge points out that he didn’t call Steffy either. Brooke questions if he’s struggling with his mental health again, which irks Ridge. Her suggestion that he might have a new lady in his life goes over better. Hope decides to go find out if Justin has any more information on where Thomas might have went.

More: Zoe’s exit left a *lot* to be desired

In his cage at Spencer Publications, Thomas finishes a bottle of water, and then throws it before screaming for help.

In Bill’s office, Justin is cursing himself for letting Hope catch him with Thomas’ phone when Wyatt enters. He questions the lawyer yelling at himself and asks what’s going on. Justin covers and Wyatt asks what he’s doing about Bill and Liam. Justin assures him they’re his top priority. Wyatt offers to look at the contracts so Justin can get his dad and brother out of jail. Justin huffs, “Just give me the contracts, Wyatt,” and then takes off to tend to something. 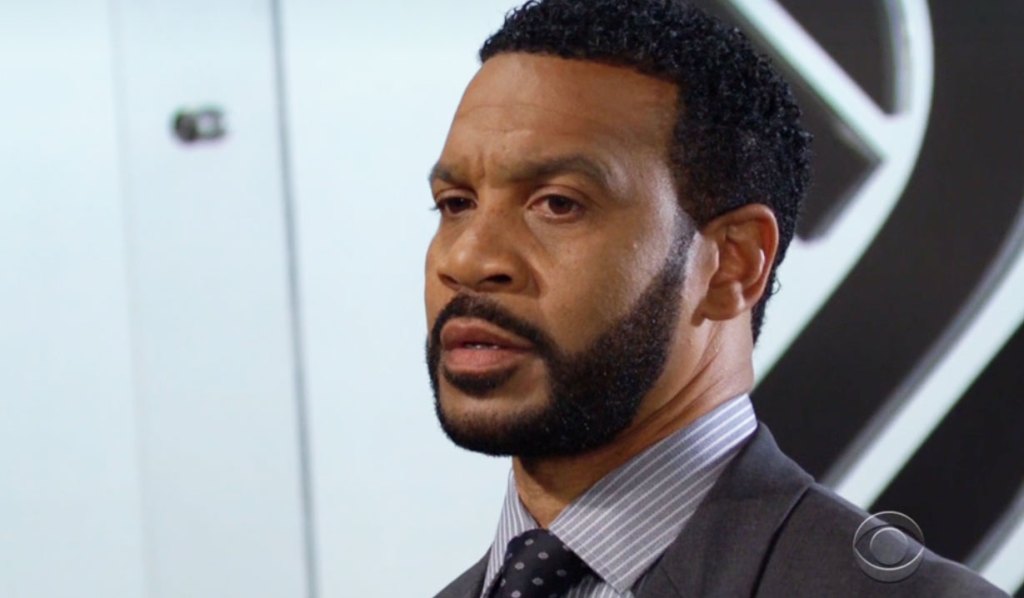 In the basement, Thomas hollers when he hears someone coming. Justin appears and tells him to give it a rest — no one can hear him. Thomas complains about not eating and Justin protests that he has a lot on his mind. The captive appeals to him to do the decent thing and let him out. He won’t tell the cops about this, but he will tell them about Vinny. Justin mutters about screwing up and Thomas asks what’s going on. The lawyer says everything was going to plan until Hope showed up and saw Thomas’ phone. Thomas warns it’s only a matter of time before someone figures this out. He reminds Justin he’s not a bad guy like Bill and appeals to him to let him out of there.

Justin reflects that Bill wasn’t his friend… he worships himself and the almighty dollar exclusively. He has too much self-respect to put up with that bastard anymore — he’s the brains behind this operation. This is his chance; his moment! He fumes that Bill dug himself a grave and committed a crime, and then had the gall to order him to clean it up. Thomas repeats that Liam doesn’t deserve to be there and suggests Justin let him out before they come looking for him. 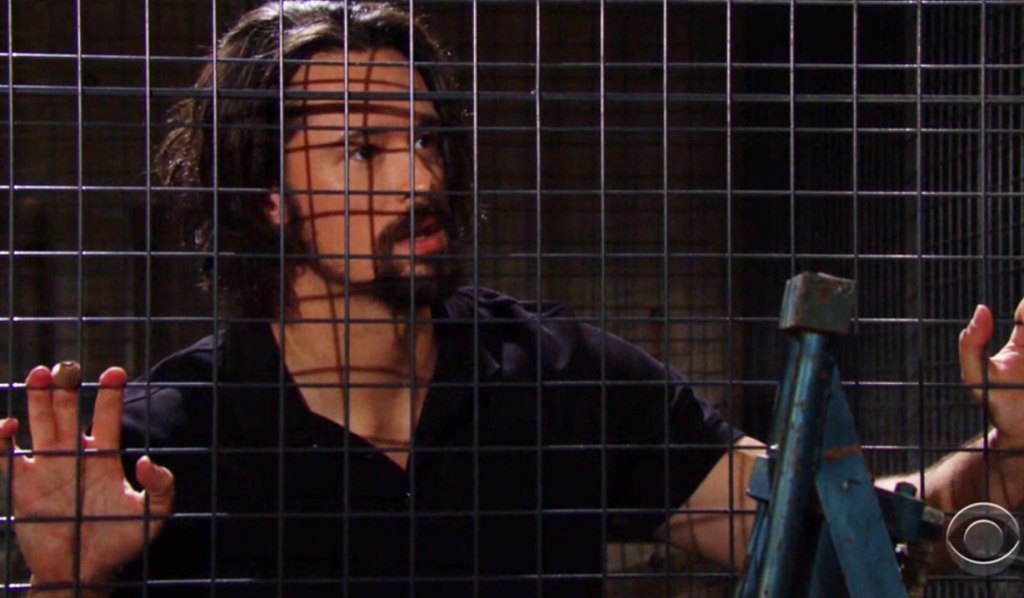 More: Will Eric move on with *this* B&B blonde?

Hope enters Bill’s office and finds Wyatt behind the desk. They discuss Liam before talk turns to Justin. Wyatt invites her to wait for him and leaves for a meeting. Hope flashes to finding Thomas’ phone and then begins searching for it. She hears Justin getting a takeout order from his secretary and follows him when he leaves again. 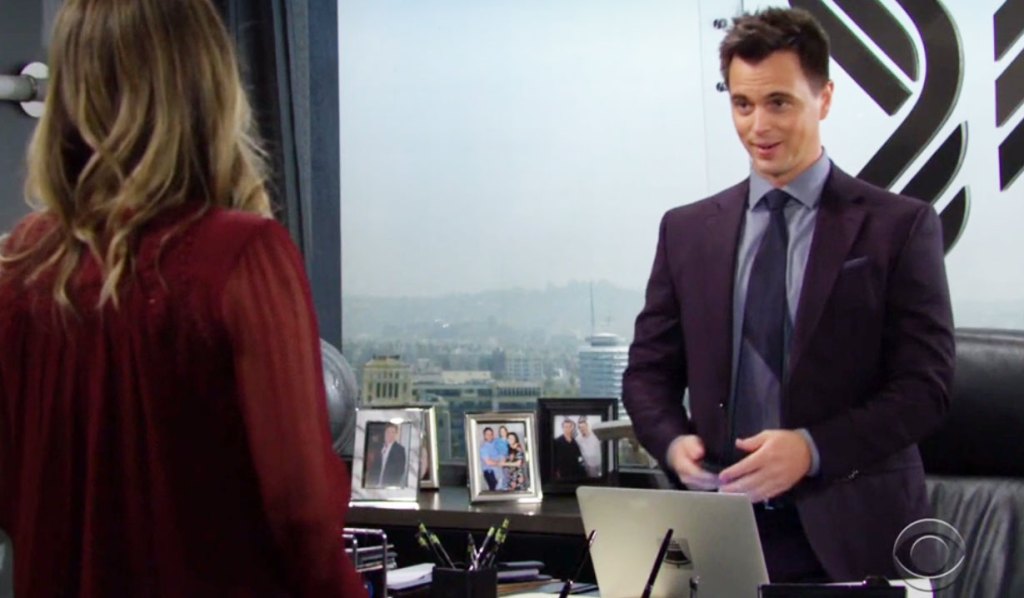 At Forrester, Brooke realizes Ridge is distracted and he admits he’s thinking about Thomas. Brooke is sure he’ll check in with somebody very soon.

In Spencer Publications’ basement, Thomas hears Justin arrive. As he enters with food for Thomas, Hope lurks behind in the stairwell. Her jaw drops when she hears Thomas asking Justin to let him out of the cage where he’s locked up like an animal!

Next on The Bold and the Beautiful: Ridge pressures Justin.

See other exploits involving Thomas Forrester over the years in the photo gallery below! Get your free daily soap-opera fix for The Bold and the Beautiful — and all of the other daytime dramas — delivered straight to your email inbox by signing up for Soaps.com’s newsletter. 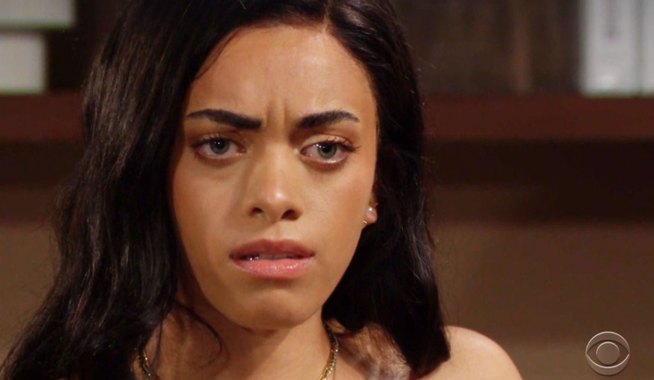 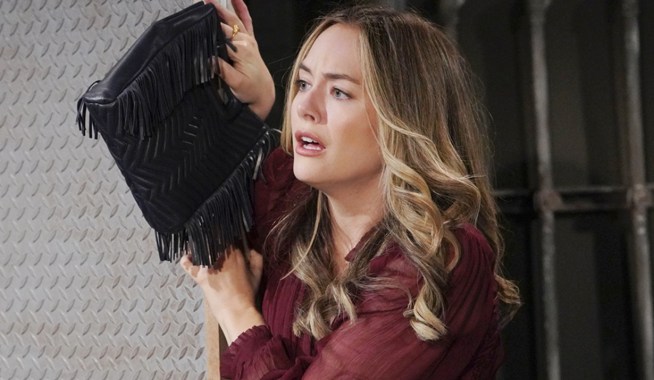