Monday, June 28, 2021: Today on The Bold and the Beautiful, Liam has questions, Ridge notices Thomas' absence, and Justin finesses Wyatt at Spencer Publications. 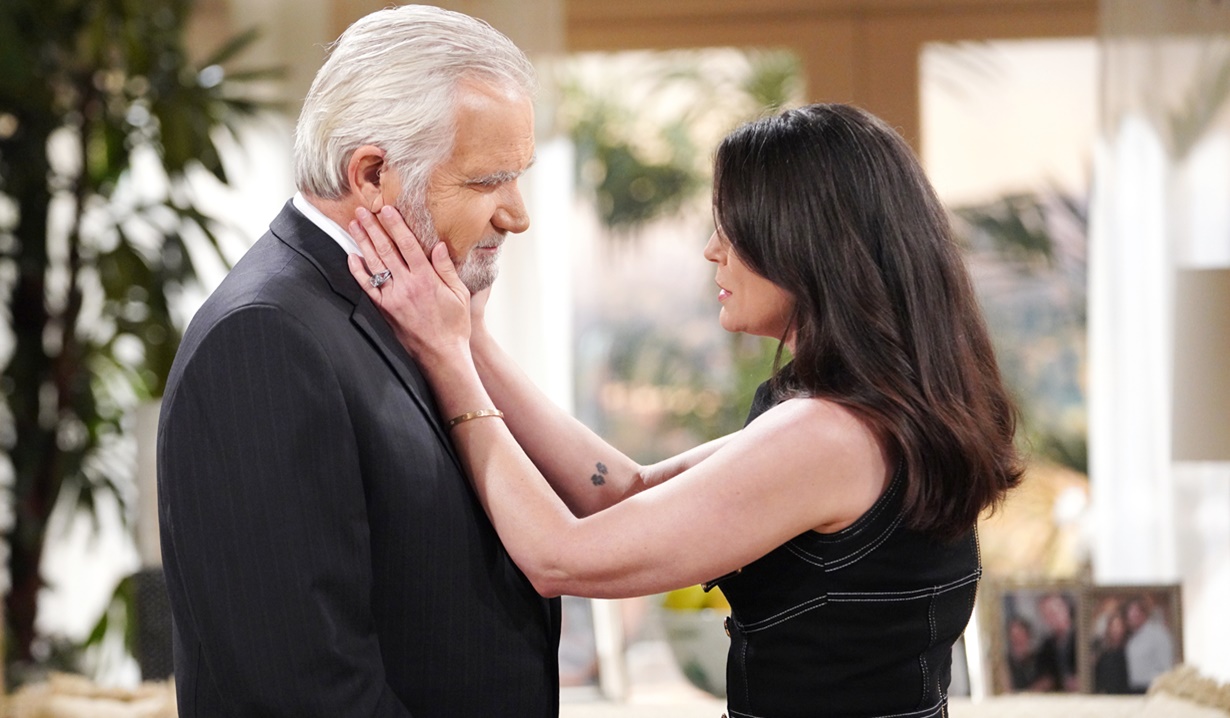 In the cage in Spencer Publications’ basement, Thomas appeals to Justin that Liam deserves to go free; the truth needs to be told. Justin isn’t telling anyone anything. Liam and Bill are going to be locked away for a very, very long time and he’s in the driver seat. Thomas warns he won’t get away with it, but Justin counters that it hasn’t crossed anyone’s mind that Vinny might have jumped in front of the car on purpose and it won’t… ever. He hollers that he’s been at Bill’s beck and call for years and it’s his turn to be compensated. Justin shouts that he should have been his co-CEO years ago. With Bill and Liam put away someone has to man the ship. “I’m it.” Thomas protests and yells as Justin walks out and leaves him there. Once alone, Thomas bangs on the cage and flashes to Vinny’s confession video, and to his interactions with Justin. 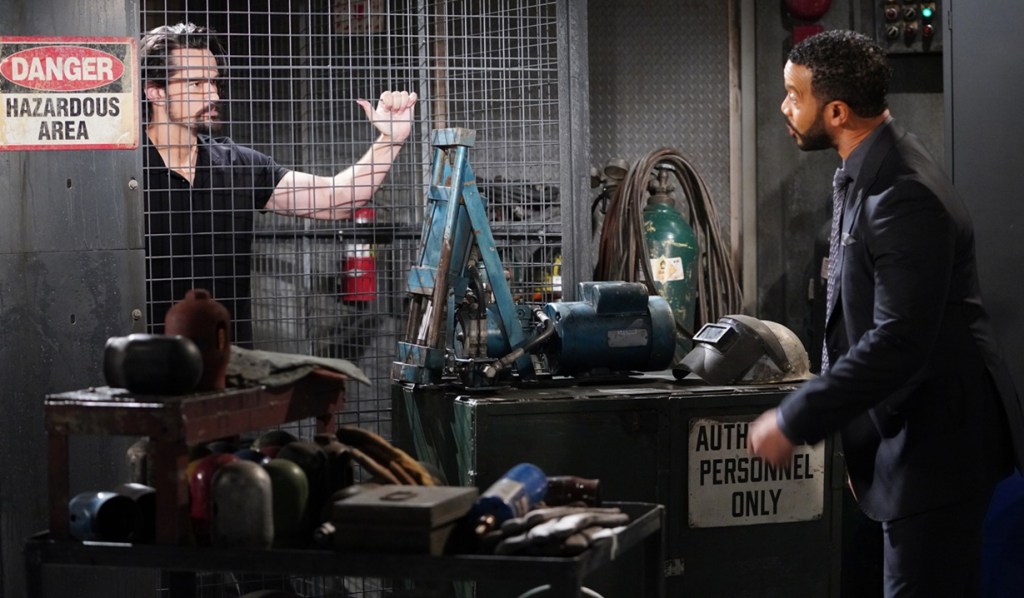 Hope visits Liam at the jail. He’s hopeful the truth will come out eventually that he didn’t intentionally hit Vinny and wonders what he was doing there that night. “What was going through that guy’s head?” He’s keen to get back to the kids and Hope promises they’ll find a way. They express their love and touch hands through the glass. Liam’s concerned about the kids and questions if it’s wise to keep them in the dark. Hope remains focused on getting him out of there. He assures her Justin’s working on it and puzzles some more over the amazing coincidence of him hitting Vinny. “What if there’s some other explanation?” Liam brings up Bill and Hope decides to keep her thoughts to herself given they have limited time together. She has to believe Justin will come through for him. 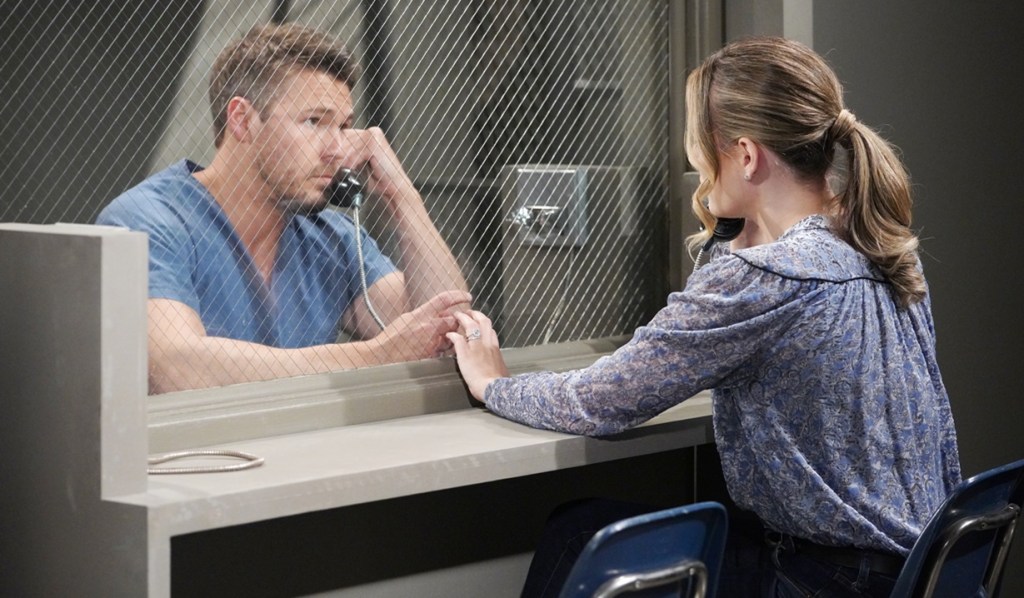 In the Forrester living room, Eric wonders why Quinn feels it’s necessary to renew their vows now. Quinn very much rejects the mistakes she made by throwing Shauna at Ridge. She is determined to try harder than ever and put all her mistakes behind her. Quinn asks him to give her the chance to recommit herself to him and to their marriage. She suggests they keep it simple — just the two of them and a few people they’re closest to. “If you’ll just indulge me.” Shauna looks on as Eric pulls out his phone and calls someone to come and see him at home right away.

Eric steps away, and Quinn complains to Shauna about some idiot from the office interrupting. Shauna whispers her suspicions that Quinn’s doing this because she has unresolved feelings for Carter. Just then, Carter enters. Quinn gapes, “Carter! What are you doing here?” Eric appears and says he asked him to come. He relays to Carter that Quinn’s been unburdening herself to him and has an idea. Quinn explains she wants to renew their wedding vows so as to put the past behind them. Carter’s puzzled how he fills in. Eric goes on about how close he feels to Carter before asking him to officiate the vow renewal. Shauna makes faces and Quinn looks tense until Carter agrees. 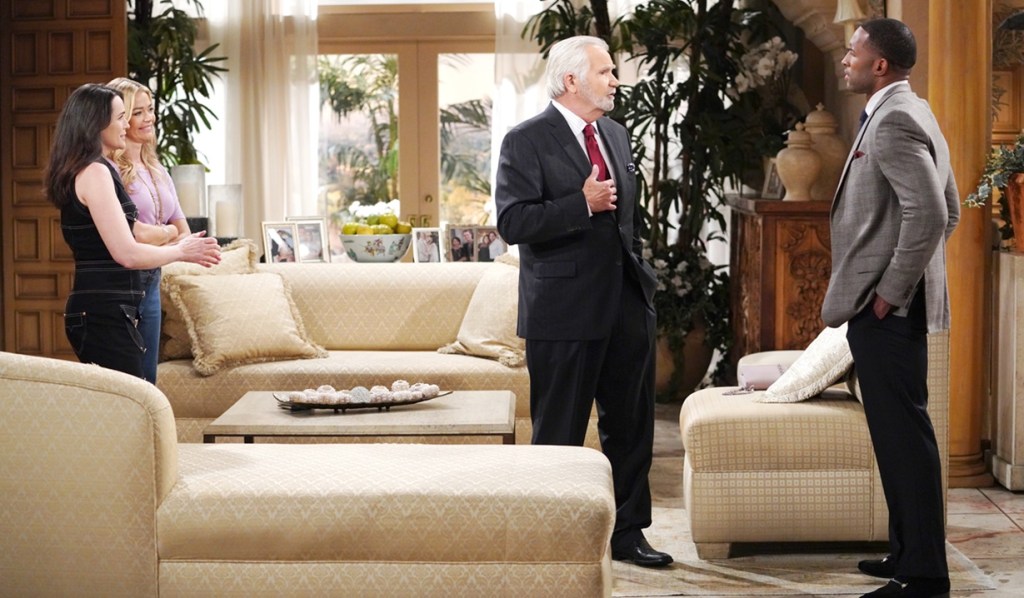 At Forrester Creations, Ridge tells Brooke he had a meeting scheduled with Thomas and he didn’t show up. They go over Liam and Hope’s predicament. Brooke has to believe something will happen and Liam will come home so they’ll have their happily ever after again.

More: Get the scoop! Daytime Emmys in review

At Spencer Publications, Justin looks at a framed photo of Bill and Liam, then strides over to pour a scotch with a smile. Wyatt walks in and hopes he’s looking after things for his dad and brother. Justin replies, “That’s precisely what I was doing.” Wyatt is looking for contracts to finalize a deal and Justin informs him he already handled it. Wyatt’s relieved; it’s good to know he has his back… and his dad’s and his brother’s as well. Justin smirks, “Sure,” and swigs his drink. Wyatt sits in Bill’s chair and waxes on about the responsibility of the company falling on him — he’s so stressed out he can’t concentrate. Justin can handle everything and will keep everything rocking and rolling. Wyatt gets a text from Flo, and Justin urges him to go call her. 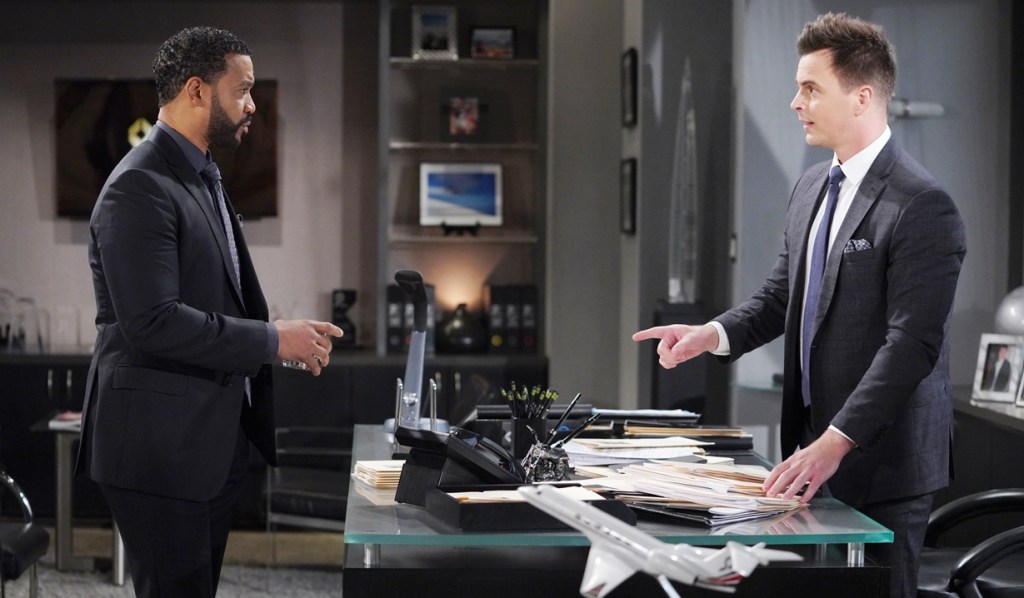 Once alone, Justin flashes to Bill talking down to him and ordering him to do his dirty work over the years. He muses, “Payback’s a bitch. Ain’t it, Dollar Bill?”

Next on The Bold and the Beautiful: Brooke plots against Quinn.

As Liam languishes behind bars, look back on Hope and Liam’s love story in the photo gallery below. Get your free daily soap-opera fix for The Bold and the Beautiful — and all of the other daytime dramas — delivered straight to your email inbox by signing up for Soaps.com’s newsletter.

Justin Squares Off With Thomas in...

Quinn Fumes When She Catches Brooke...