Friday, June 25, 2021: Today on The Bold and the Beautiful, Paris finds Quinn and Carter together, Bill and Liam catch up in the prison yard, and Quinn makes an unexpected request of Eric. 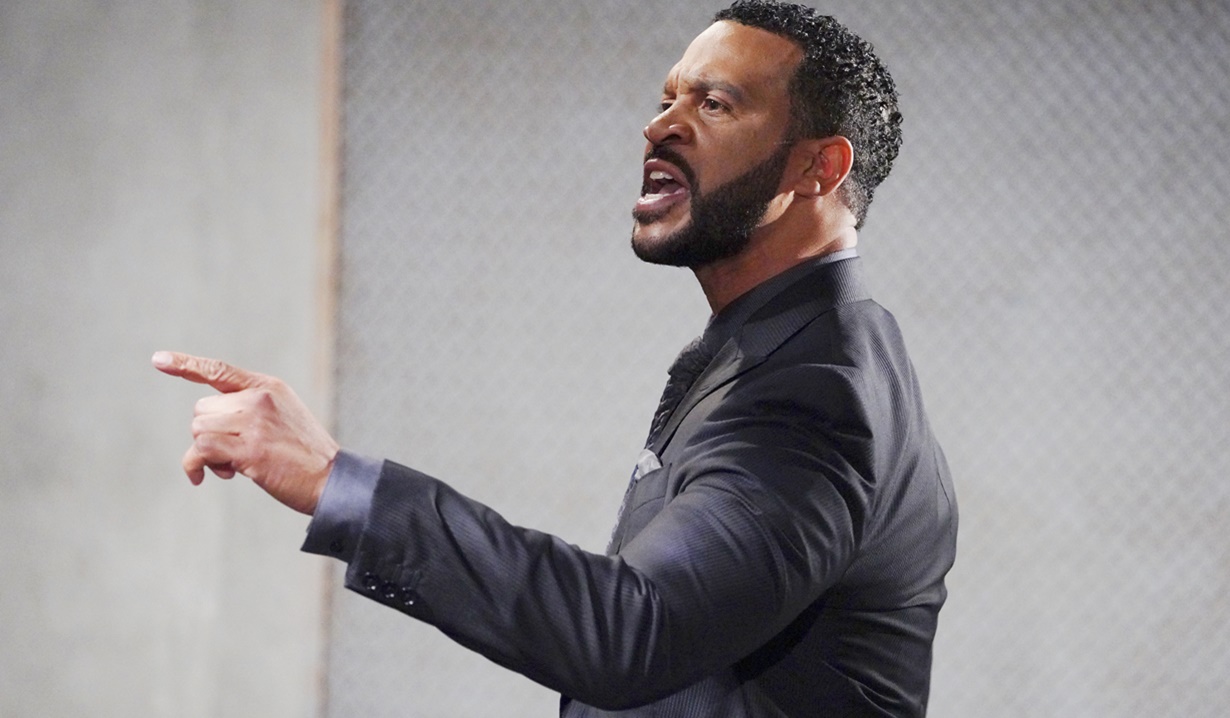 In the prison yard, Bill and Liam get the eyeball from other inmates. Bill warns his son they’re high-profile inmates and this isn’t good. He’s convinced Justin will get them out. Bill is pissed that it hasn’t happened yet — Justin is usually better than this. He’s certain his right-hand man will come through for them. He has to — the stakes are too high. Liam still can’t believe this is real. They reflect on the odds of him hitting Vinny of all people. When their time in the yard is up, Bill reminds Liam to stay positive before being told to “shut it” by the guard. 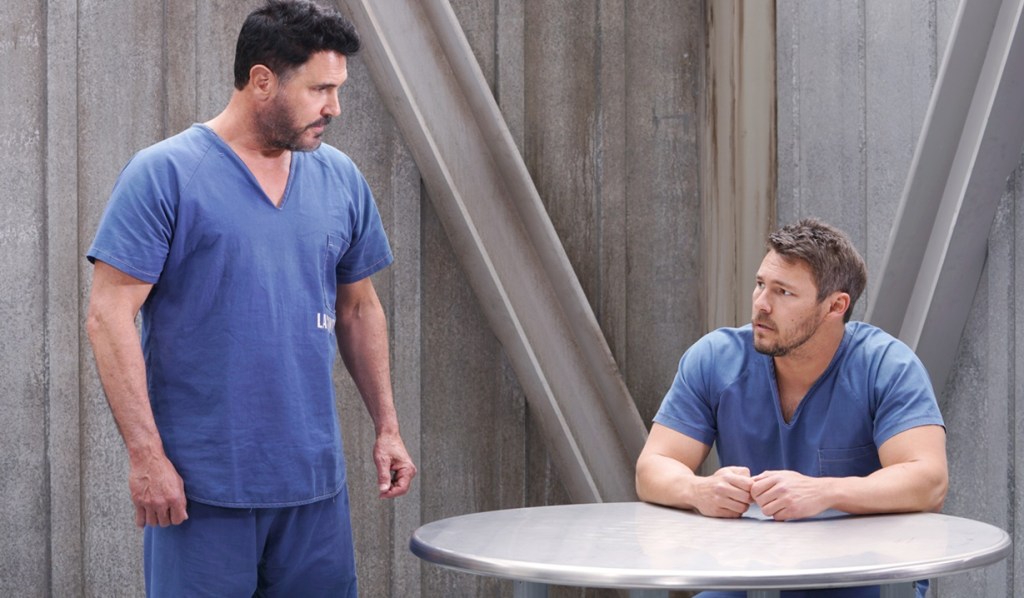 In the basement cage, Thomas commiserates with Justin about hating Bill, but urges him not to destroy Liam’s life because of it. Thomas rattles the cage and shouts, causing Justin to sigh; no one can hear him. Thomas offers to keep quiet about this “mistake” if Justin will just let him out of there. Justin pulls up a bucket and asks Thomas if he has any idea what it’s like to be him. Thomas replies, “Of course not.” Justin fumes about Bill treating him like a sidekick while teaching his long lost sons everything. “Passed me over… Hell no, man! Never again!” he roars. He won’t pass up this opportunity to get what he deserves. Thomas sneers, “So you’ll just let Liam rot in prison?” Justin chuckles; he learned from the best and won’t go back to being Dollar Bill’s doormat. Thomas warns the police will find out the truth — he will not be silenced. 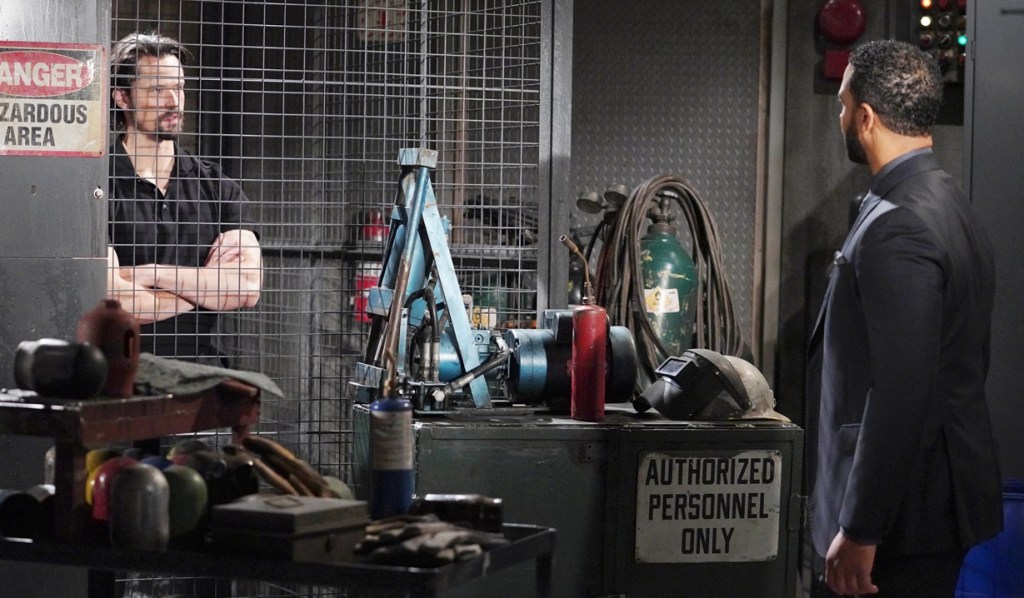 Justin wonders if Thomas thinks Bill would care about his son if the roles were reversed. His look says it all. He’s put his sweat into that building and put up with Bill’s pompous behavior. They confessed to running Vinny over that night and Thomas isn’t going to say a word — not to anyone — ever. Thomas insists the truth will come out somehow — he’ll see to it — and Liam will be free.

In the office at Forrester Creations, Quinn flashes to pillow talk with Carter. He enters and closes the door. She asks him for the truth — is he still contemplating telling Eric about them? Carter worries the secret is getting out of hand. Paris joins them and snarks about finding them alone together. Quinn informs her she can’t tell Eric and Zoe the truth — it will destroy their worlds! She pleads with the young woman, who questions how she’s supposed to keep this from her sister. As Carter makes a pitch to save his relationship with Zoe, she walks in and purrs that she can’t wait to marry him. Quinn urges them to hold onto each other and never let go no matter what. 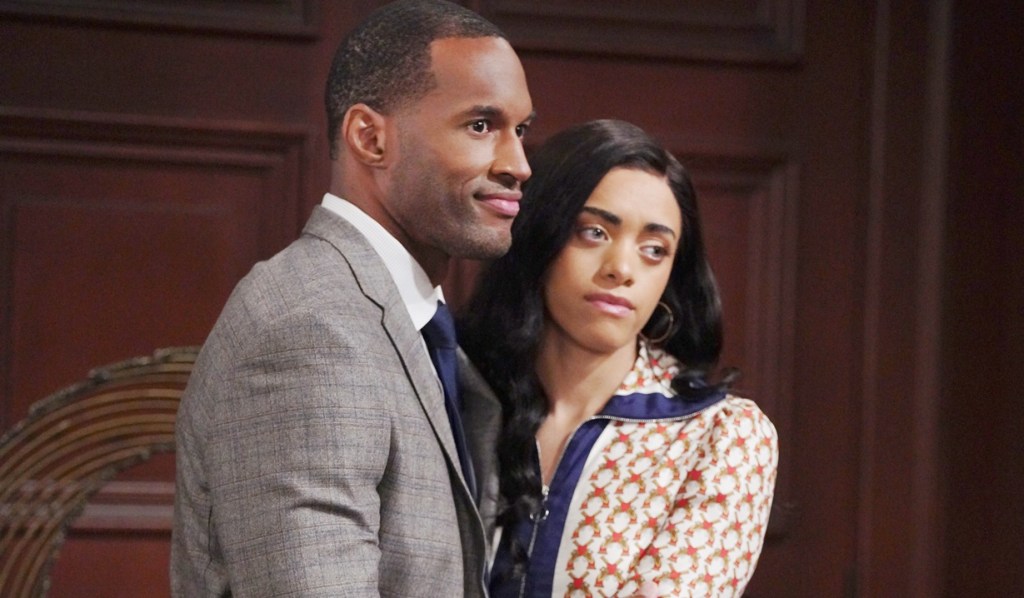 More: Are Quinn and Carter finished at Forrester Creations?

Later, Carter and Zoe flirt as Paris looks on. Zoe talks about Quinn fighting for the man that she loves. Carter pipes up that Eric and Quinn belong together, just like them. Zoe gushes that it’s all because of Quinn that they’re engaged. She owes her a huge debt of gratitude. Carter assures Zoe she’s his future. 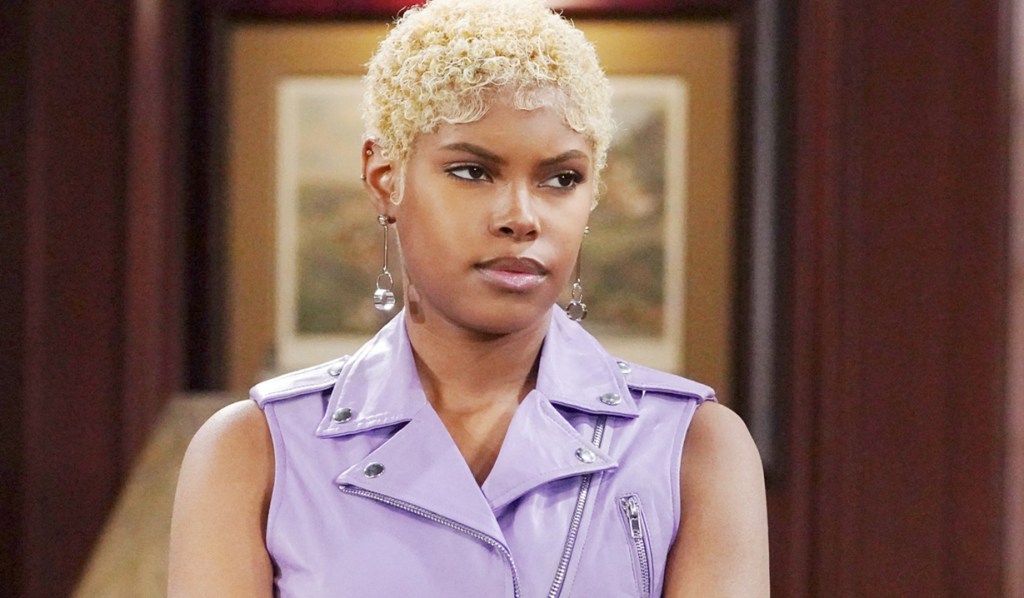 At the Forrester mansion, Eric tells Shauna that Quinn isn’t there. Shauna thought she was working from home and says it’s good to see him. He misses her smiling face around there — she brought some sunshine into his life when he really needed it. He’s grateful Quinn has Shauna as a friend and for her part in bringing them back together. Eric reflects that his wife’s commitment to him never wavered. A strange expression crosses Shauna’s face and he asks if she’s keeping something from him. He figures she has her secret affair with Carter on her mind and assures her he’s perfectly okay with it. Any woman would be lucky to be in Carter’s arms and he knows Quinn feels the same way. 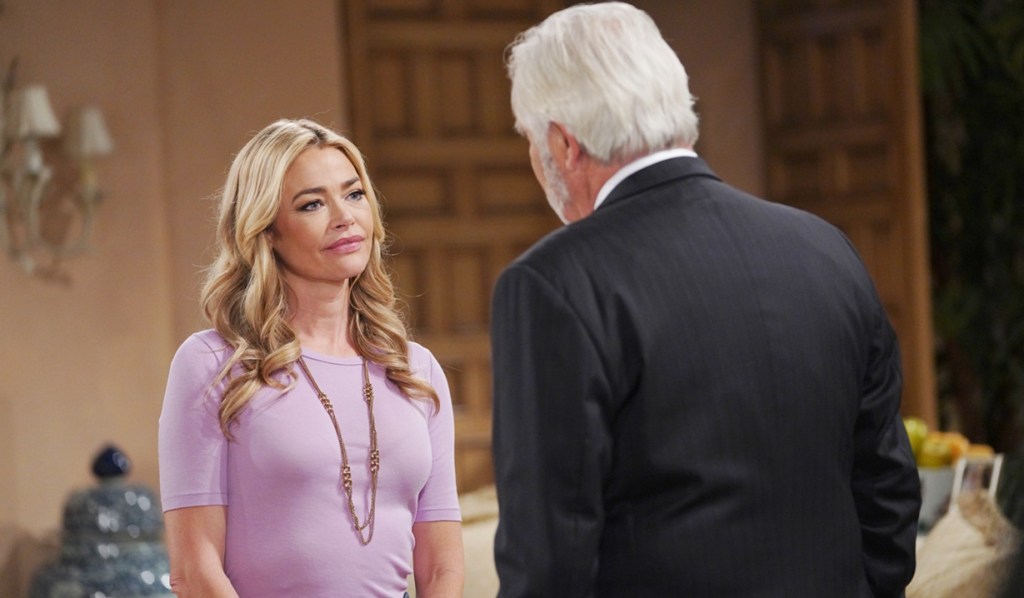 Eric opens up about nearly losing Quinn before going back to complimenting Shauna. Quinn arrives, greets Shauna, and embraces Eric. She loves him and wants to do something to symbolize how they feel about each other. “I was thinking maybe we could renew our vows.” Shauna’s eyebrows go up as Eric considers it and Quinn asks him, “Please tell me that’s exactly what you want too.” 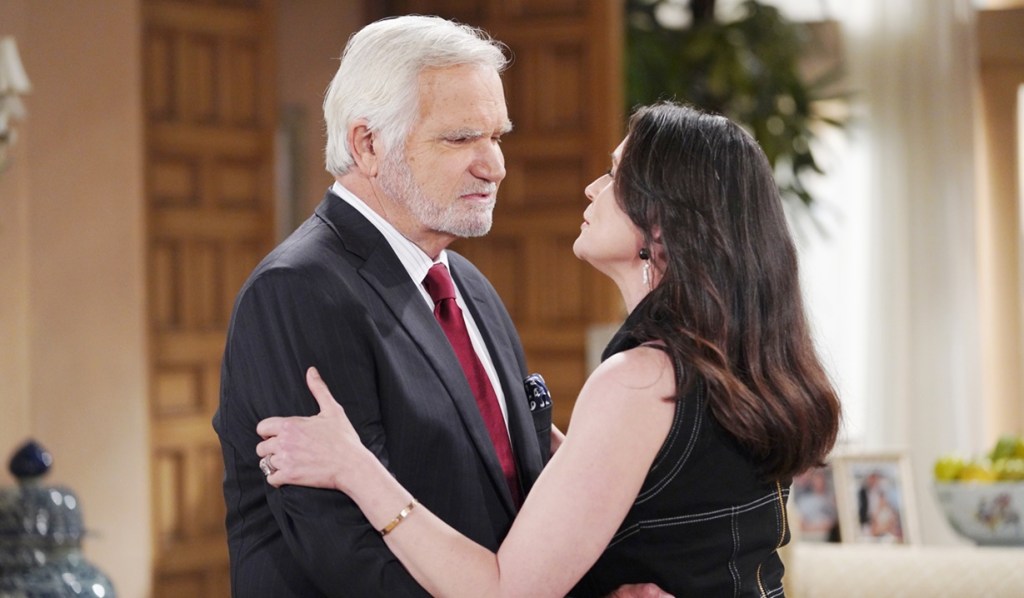 Next on The Bold and the Beautiful: Wyatt interrupts Justin at Spencer Publications.

Look back on some of Bold & Beautiful’s most unhinged characters as seen in the photo gallery below. Get your free daily soap-opera fix for The Bold and the Beautiful — and all of the other daytime dramas — delivered straight to your email inbox by signing up for Soaps.com’s newsletter.