Friday, May 21, 2021: Today on The Bold and the Beautiful, Ridge warns Flo about Bill, Hope reels from Liam's confession, and Wyatt referees between Bill and Thomas. 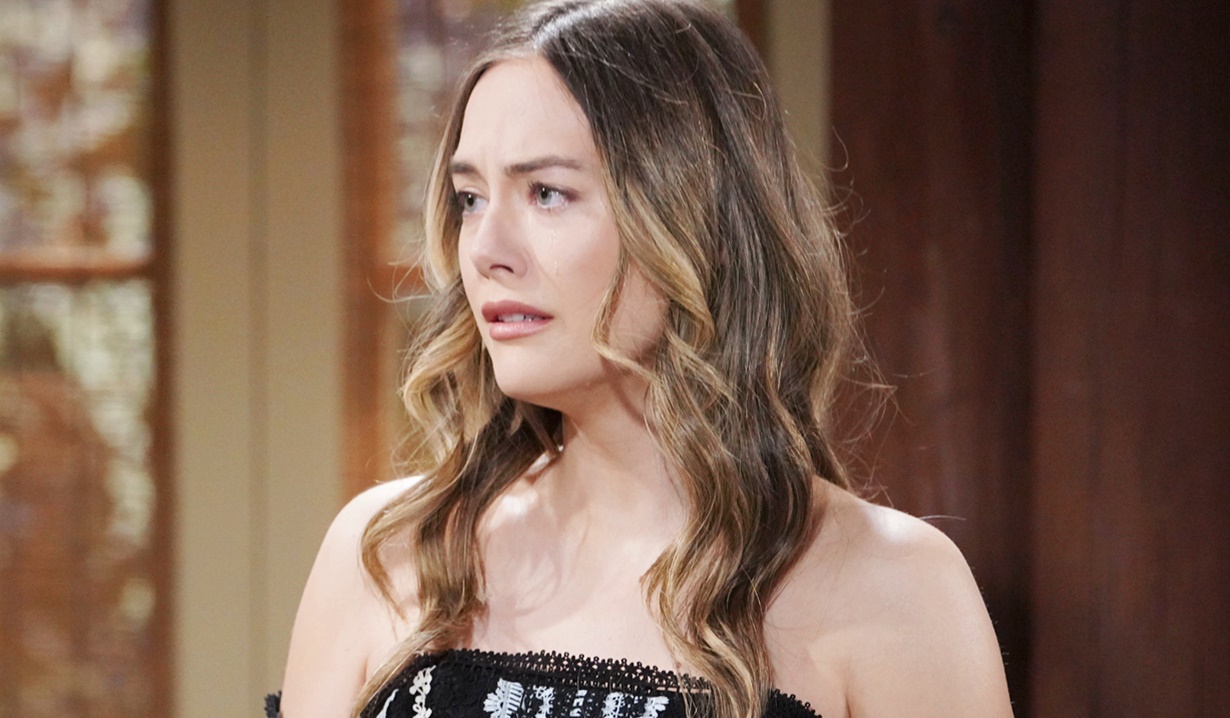 In the cabin, Hope reels as Liam tells her it’s true; “I killed Vinny.” Hope wails, “No, it can’t be.” Liam repeats that he caused Vinny’s death. Hope begs him to stop talking — he would never run over someone and leave them for dead on the side of the road. Liam sheds tears and nods. Hope gasps, “You did it. You ran over Vinny and left him for dead.” She can’t believe they’re actually having this conversation right now. Liam didn’t want to put their family in this toxic position. He’s so ashamed. Hope asks if he hit Vinny on purpose — she knows he was upset with him about the paternity test. She pleads with him to tell her it was an accident. Liam says, “Of course it was an accident. He just appeared in front of the car. But that doesn’t change the fact that I killed someone.” 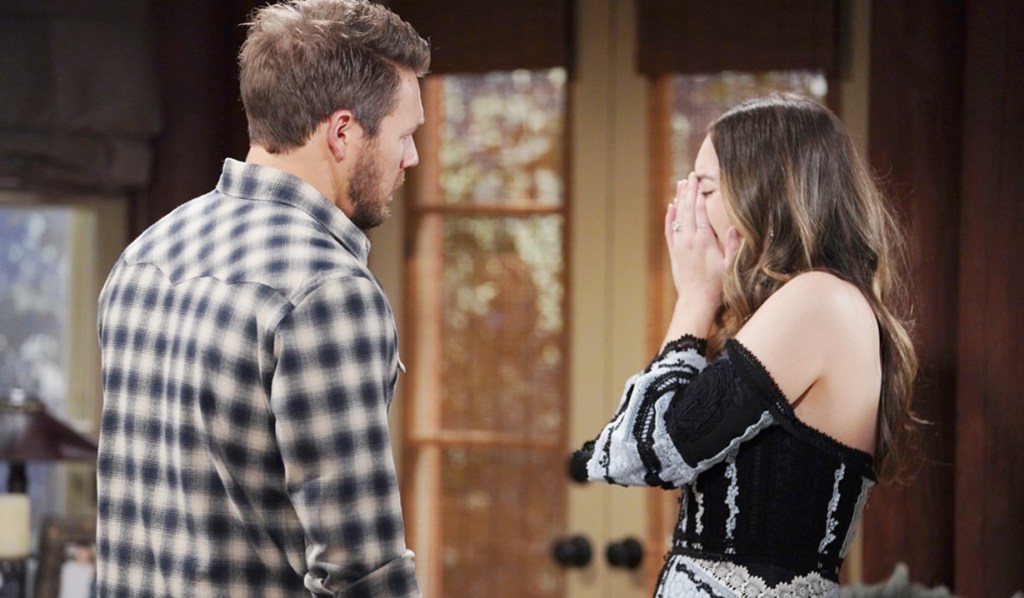 In Bill’s office, Thomas goes on about what a good friend Vinny was and adds, “He was a good person, Bill. He didn’t deserve to get mowed down by some gutless coward.” Bill snarks about his pity party — what does he want from him? “As far as I’m concerned, whoever hit Vinny took out the garbage.” Thomas thinks it sounds like he’s perfectly fine with the driver getting away with it. He adds, “For now anyway.” Bill wonders why he was wandering down the side of the road at night and muses that actions have consequences. Thomas calls him heartless. Bill runs down Thomas’ transgressions and marvels that he expects him to have sympathy for him and that piece of trash Vinny. Thomas argues Vinny made a big mistake and deserved to pay a price, but not this. He fumes, “Someone mowed Vinny down and left him at the side of the road!” Bill flashes to the scene of the crime as Thomas vows to find that person and make them pay. 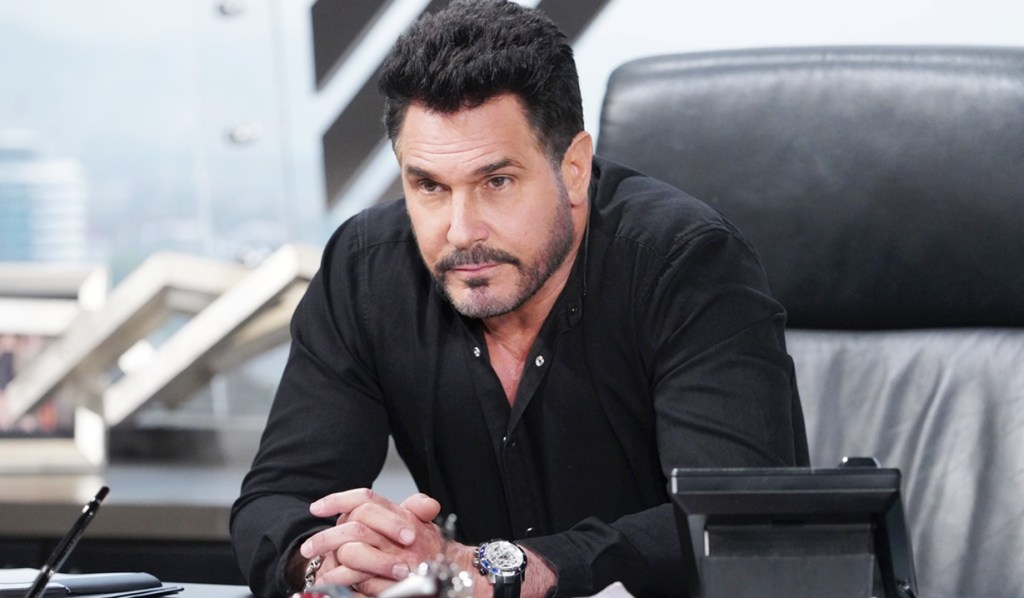 At Forrester Creations, Ridge, Brooke, and Flo continue to discuss how life is good for Liam and Hope again. Brooke doesn’t understand Bill’s concerns — he should be thrilled. A little later, Flo has a favor to ask Brooke. If she senses there is something there is something she can help Hope with, would she let her know? She’d like to take steps to form a relationship with her. Ridge turns the conversation back to Bill having a problem. Flo says Wyatt sensed tension between them and believes they’re hiding something from him. Ridge gives Flo a tip — whenever Bill opens his mouth it’s a lie. He feels sorry for the boys having to navigate their lives around that. Brooke thinks fathers and sons disagree sometimes, but Ridge argues it’s different; they’re talking about Spencer. “Something isn’t right here.” 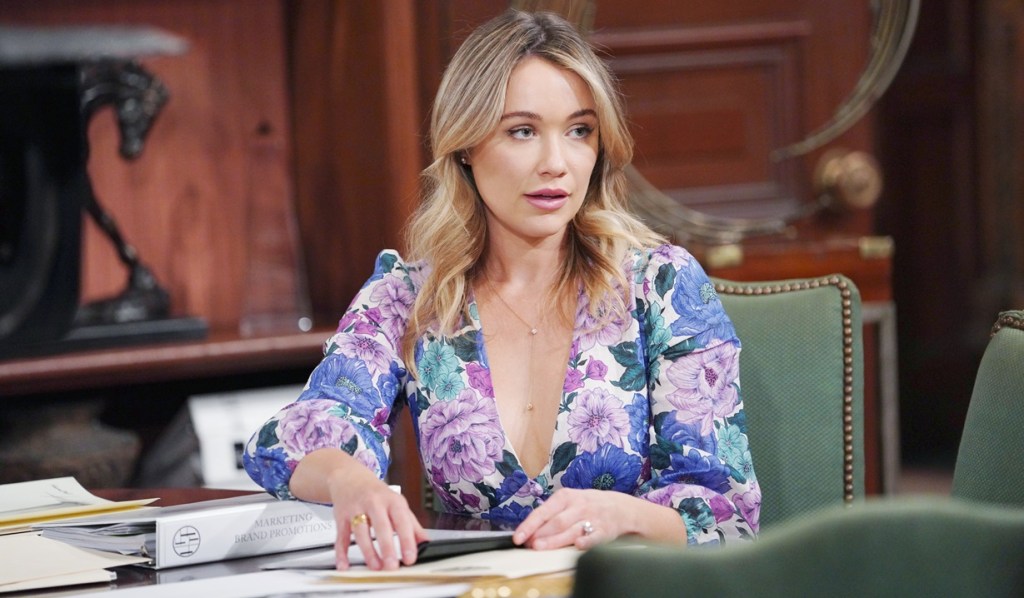 More: Will Zoe’s departure get a killer twist?

Wyatt walks into Bill’s office and Thomas reveals he just found out his father is even more callous than he thought. He’s starting to think if Bill were the person who hit Vinny he’d have left him for dead too. Bill admits he won’t shed any tears over his pal Vinny, who was an idiot. Wyatt suggests Thomas leave before something happens. Thomas fumes at Bill standing there all holier-than-thou like he’s never made a mistake. “He was sorry for what he did!” Thomas hollers and asks Bill, “Haven’t you ever done something you wish you could go back and undo?” Bill smirks. Thomas reiterates that he’ll find the person who did it and won’t stop until he does. Wyatt closes the door after Thomas storms out and asks his father, “What was that all about?!” Bill rants about Forrester’s freak show of a son. Wyatt asks why he was there. Bill mutters about a feature in Eye on Fashion. He rails about Vinny being a piece of garbage. Wyatt understands they both did things to hurt their family, but Vinny was Thomas’ best friend and he just wants to find the person who killed his buddy and make him pay. 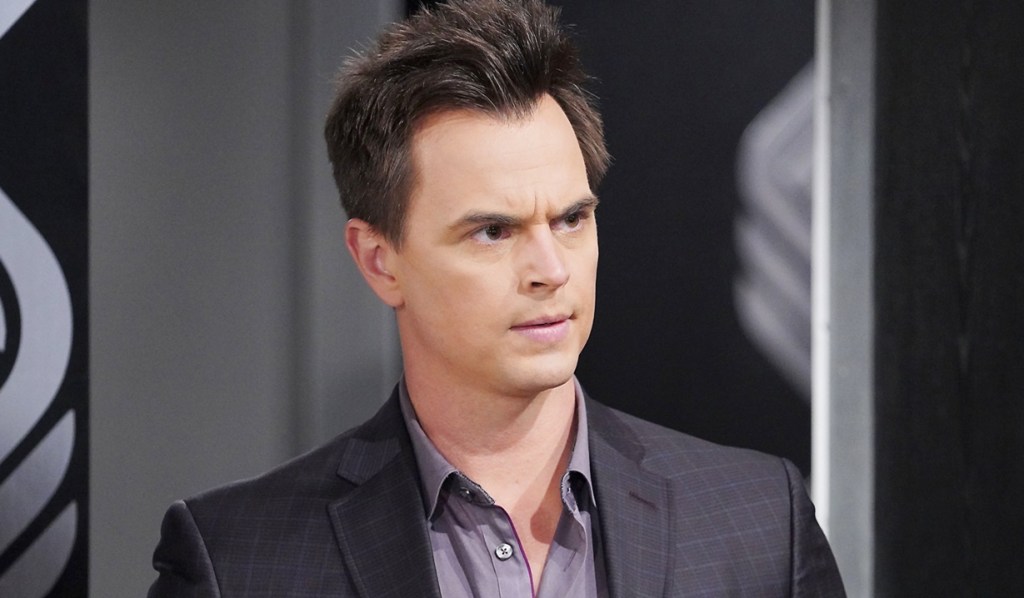 Hope asks for a replay of the night. Liam recalls how happy he was that she had let him kiss her. He reflects that the road was dark and he wasn’t speeding. Out of nowhere this figure appeared and he didn’t have time to react. “I just felt this… thud.” Liam explains he and Bill got out of the car and Vinny was still alive at that point. Hope asks, “Did you help him?” Liam tried to but he died. Hope asks, “And what, you just drove off?” Liam reveals he passed out. When he was unconscious, his dad put him back in the car. Hope gasps, “So it was Bill! Bill drove away and left Vinny for dead!” Liam nods.

Next on The Bold and the Beautiful: Wyatt gets a clue about what’s wrong with Bill.

Hot Topic: Liam’s confession has pushed Carter/Quinn right off the front burner… how will Steffy’s upcoming return impact the stories already in motion?

Look back on the life and loves of Wyatt Spencer in the gallery below. Get your free daily soap-opera fix for The Bold and the Beautiful — and all of the other daytime dramas — delivered straight to your email inbox by signing up for Soaps.com’s newsletter. 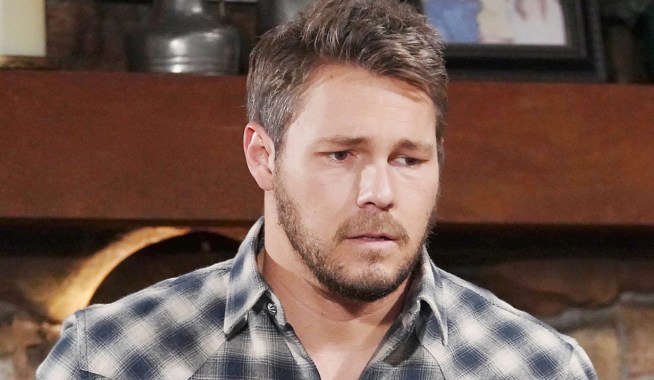 After Hope Yells at Him, Liam Renders Her Speechless With His Horrifying Confession 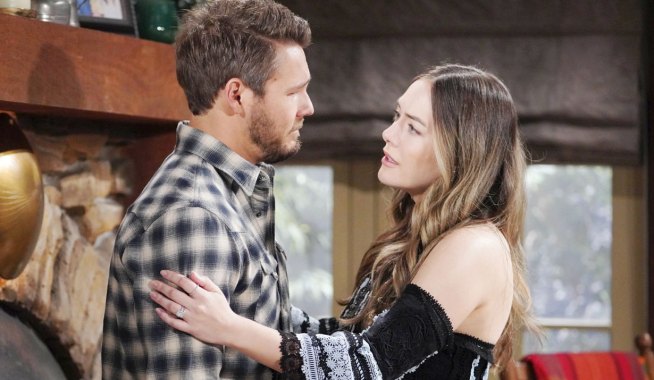