After Hope Yells at Him, Liam Renders Her Speechless With His Horrifying Confession

Thursday, May 20, 2021: Today on The Bold and the Beautiful, Flo raises a red flag, Hope demands answers, and Thomas makes a vow to Bill. 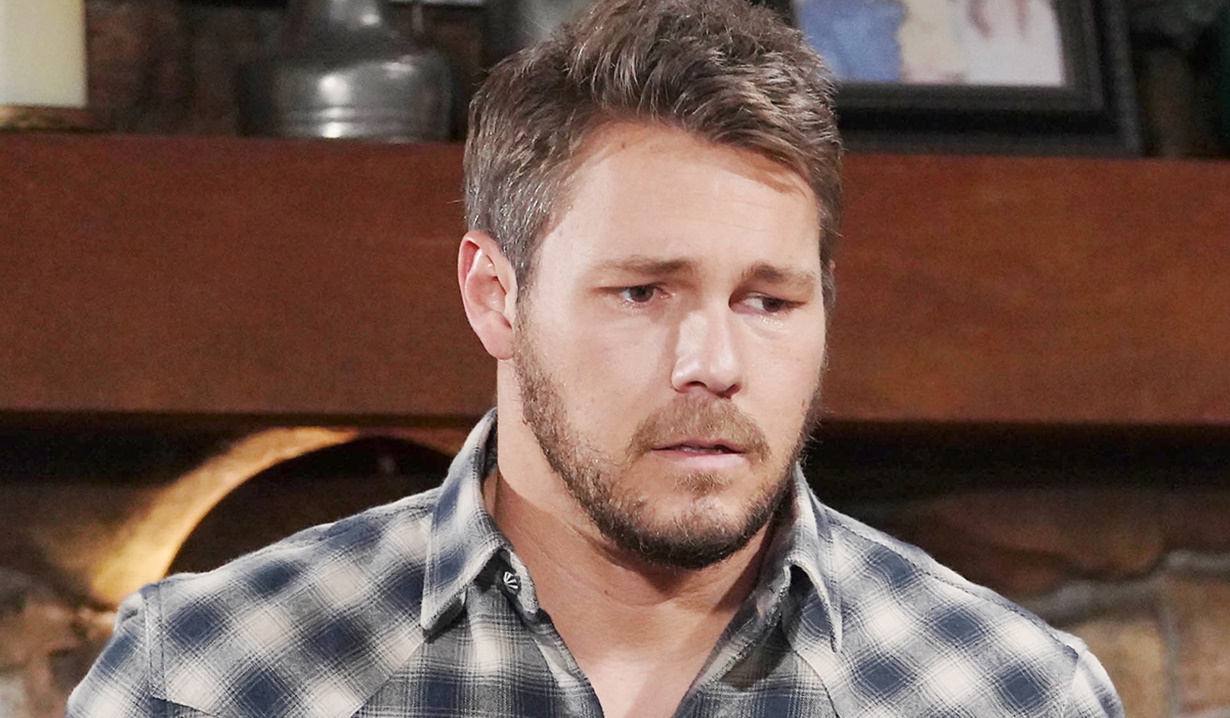 In the cabin, Hope panics as Liam cryptically warns that someone may be coming to take him away from her and the kids. She wants to help, but he tells her she can’t; it’s too late. Hope insists he come clean about what’s upsetting him. Liam becomes emotional over having everything he’s ever wanted and living in a fool’s paradise. He wishes he could go back and change that night but he can’t. Hope wants him to stop beating himself up about that night with Steffy. Liam explains this isn’t about that — it’s worse. He’s not kidding when he says someone may take him away from her and kids forever. If it happens, he’ll deserve it. Hope cries, “What is going on?!” Liam alludes to not having time to stop. Hope asks, “Stop for what?” Liam worries about losing her. She hollers that he’s not going to lose her; nothing he can tell her will change her love! Hope promises they can get through anything together. 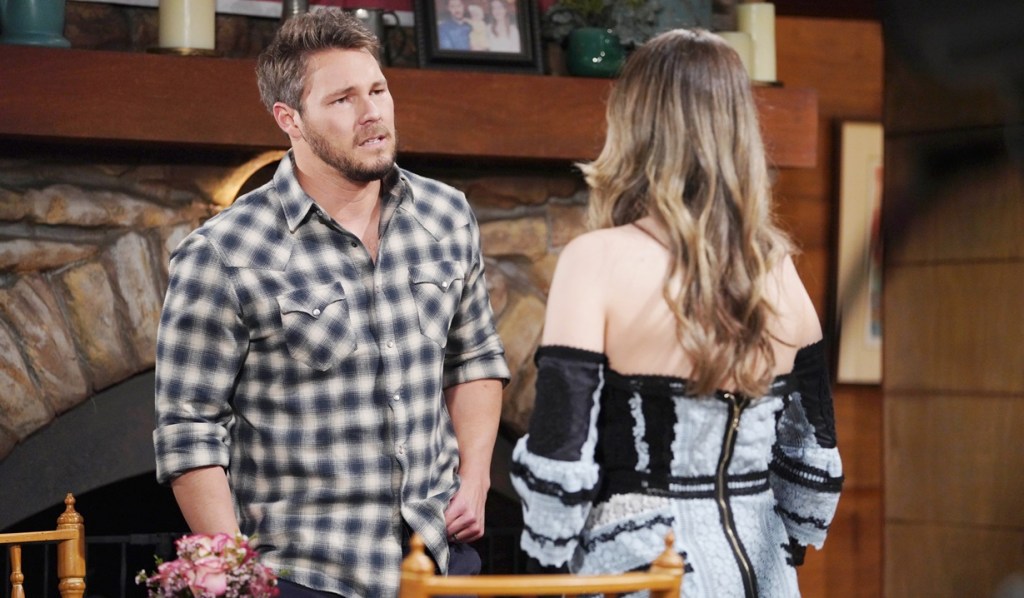 In his office, Bill looks at a photo of him and Liam and fumes. Thomas appears in the doorway and muses, “This is different. You look almost upset. What’s wrong, Bill?” Bill wonders why he’s there, and Thomas reveals they’re doing a feature on him. Bill can’t imagine why they’re focusing on scum. Talk invariably turns to Hope and Liam and Thomas thinks Bill should be happy Hope forgave his son. He would never cheat on Hope. Bill’s surprised to hear he wants Hope to be happy, even if that’s with Liam. Bill isn’t buying it; he’ll always see Liam as a rival. Thomas thinks it would be stupid for Liam to lose her again. Bill says he’s looking at stupid and reminds Thomas his life is a train wreck. He predicts Hope will fully forgive Liam and in time, he’ll forgive himself.

Thomas swerves to his friend Vinny being killed. “Some heartless bastard left him on the side of the road to die.” Bill knows about it, and he also knows Vinny was the scumbag who switched the paternity results and was a drug dealer. Thomas argues he didn’t deserve to die on the side of the road like that. Bill can’t understand why the police are spending any time on Vinny’s sorry ass. Thomas doesn’t think trying to find his best friend’s killer is a waste of time. He vows to stay on Baker until he finds the bastard, tries him, and throws him in jail for the rest of his miserable life.

At Forrester Creations, Brooke listens as Ridge ends a phone call with Charlie, who is complaining that Thomas parked in someone else’s spot this morning. They’re amused. Ridge wonders if it bothers anyone else that Charlie’s armed. Brooke wonders where Thomas went; she wants to tell him she’s proud of him for leaving Hope and Liam to it — they need this time for tranquility with their family. As they chat, Flo comes in and joins the conversation. She thinks Liam and Hope will find happiness — she can feel it. Brooke nods, “So can I.” Flo mentions that Wyatt told her there’s been tension surrounding Bill and Liam lately. Brooke’s puzzled, but remarks that Hope found Liam had a heaviness to him. Ridge grumbles that Bill’s always hiding something. 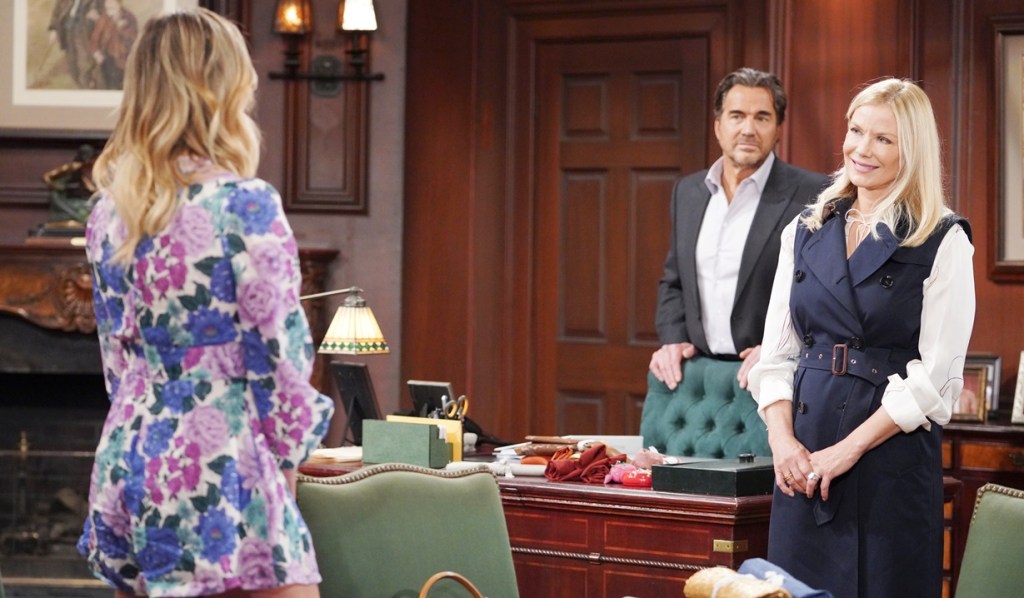 Still in the cabin, Liam goes back to when he first saw Hope and marvels at being her husband and having a daughter with her. He cries, “You are my life. You are my whole life.” Hope says nothing will change that. Liam doubts she’d be saying that if she knew what he did. Hope needs to know what the hell is going on! Liam recalls the night they reconnected and explains that night was the beginning of the end for him. Hope cannot understand what is going on and wants him to stop beating around the bush and just tell her. Liam reminds her that night he drove Bill’s car home because he’d had a drink. He didn’t have time to react; he saw his face, and he saw the blood. “I did it Hope. I’m responsible.” Hope asks, “Responsible for what?” Liam replies, “For Vinny. I hit him with the car. I’m the one who killed him.”

Next on The Bold and the Beautiful: Wyatt referees between Thomas and Bill.

Loving Flo’s purple dress today? See more of Bold & Beautiful’s eye-popping fashions in the gallery below. Get your free daily soap-opera fix for The Bold and the Beautiful — and all of the other daytime dramas — delivered straight to your email inbox by signing up for Soaps.com’s newsletter. 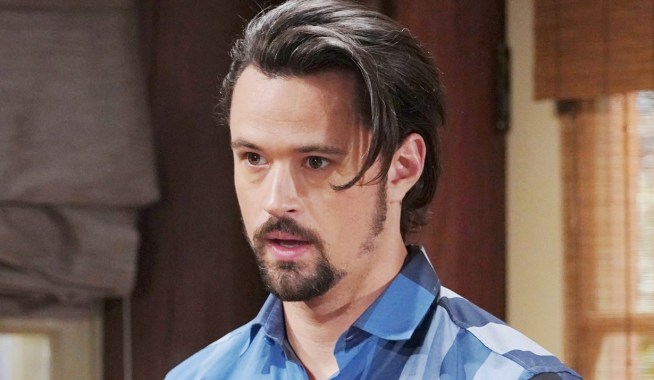 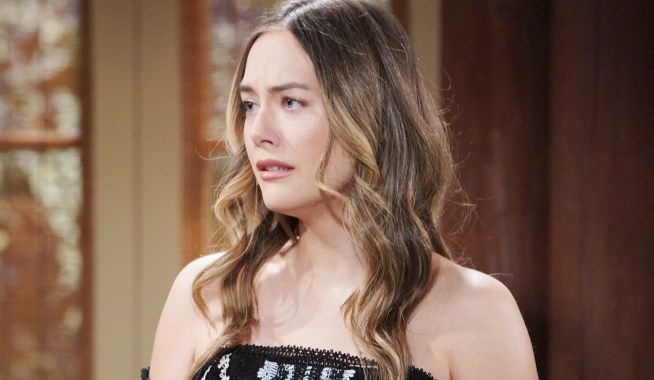