Thursday, May 13, 2021: Today on The Bold and the Beautiful, Eric debates his marriage, Paris updates Zende on the latest scandal, and Carter and Quinn go along with Shauna's lie. 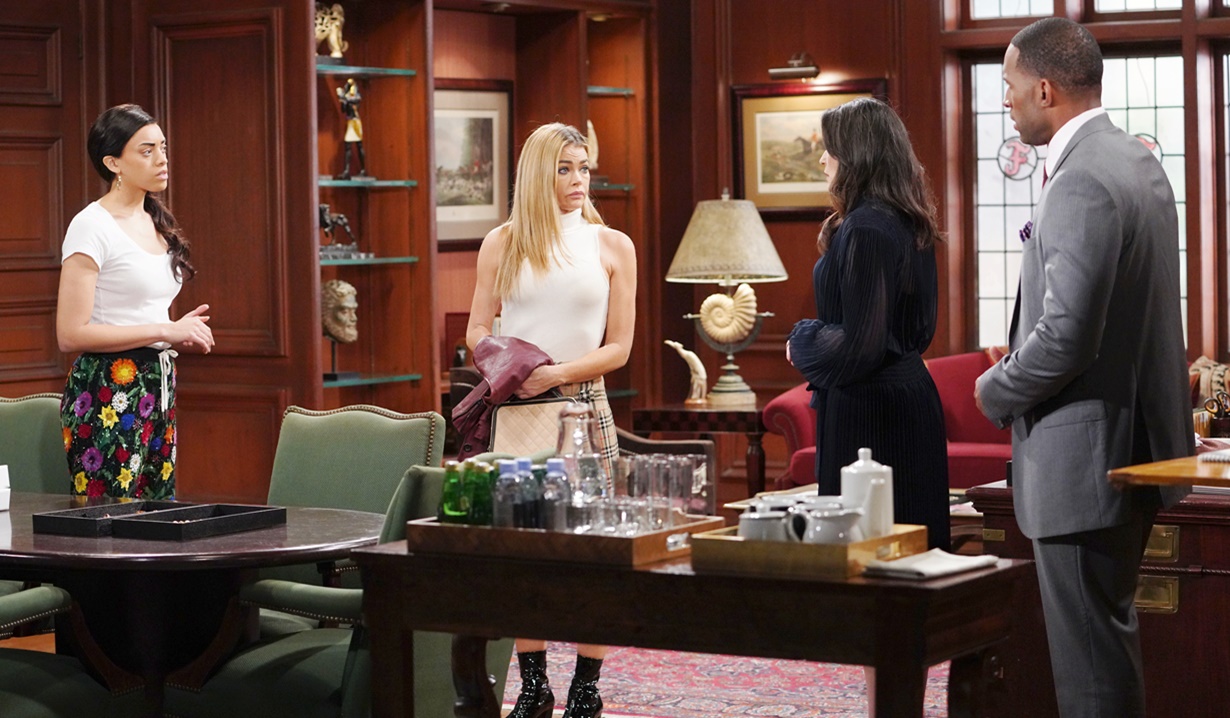 At the Forrester mansion, Eric concedes that Brooke has good reasons not to like Quinn, but she’s been a good wife to him. Brooke questions why she’d ever cheat on him and risk being sent back out into the streets. Eric muses, “So you’re saying her faithfulness is calculation?” Brooke is just warning him. Ridge, meanwhile, is wondering about Carter’s mystery woman. “Why would he keep her a secret?” He is happy that his friend is moving on. Brooke half-heartedly defends Zoe, but Ridge reminds her she went to Zende behind Carter’s back. Eric is also interested to know who Carter is seeing. 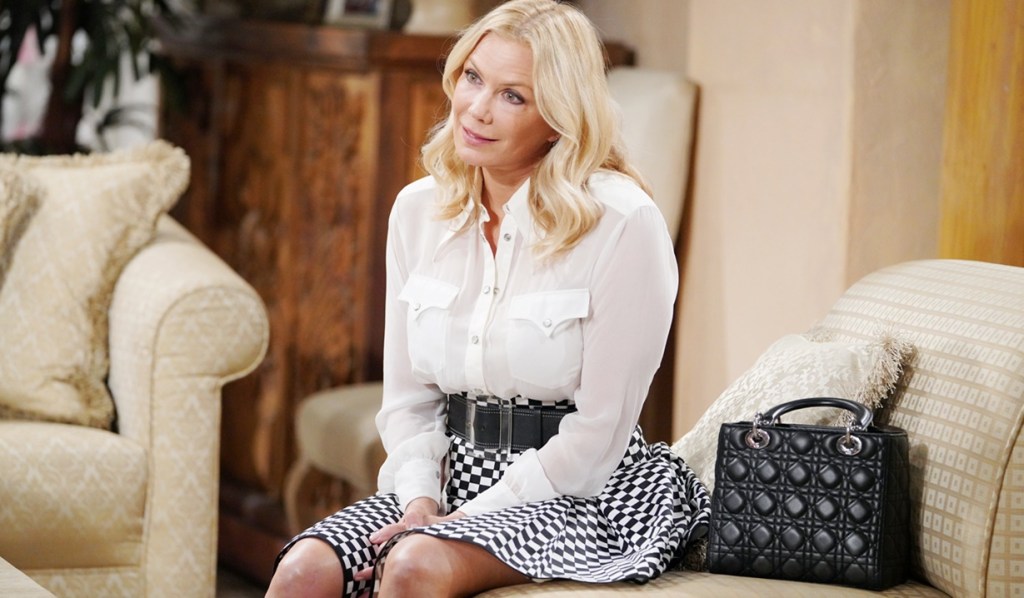 Ridge looks up at Quinn’s portrait and wonders why people sabotage their lives. He recaps what Quinn did, and what Zoe did to Carter. Brooke muses that aim was probably not to be found out. Eric feels he needs to give his wife another shot. Brooke reminds him he distanced himself from Quinn for a reason. Eric’s not excusing anything she’s done, but they took vows and she deserves to have him listen. Something needs to change. He asks Ridge’s opinion. His son feels Quinn isn’t easy to love and doesn’t pretend to be, but Eric’s familiar with that territory because of his mom. Maybe that felt like home. If being with Quinn makes him happy, then he thinks he should go get his wife back. Brooke agrees except that Quinn is no Stephanie; she pales in comparison. Eric says Stephanie was one of a kind. Brooke hopes Quinn can fulfill him, but she’s not convinced she’s changed. Ridge points out she paid for what she did, which earns him a dirty look from Brooke, who wonders if he’s feeling sorry for her. Ridge is just puzzled as to why people put everything on the line for a stupid impulse. Eric reiterates Quinn has always been faithful to him and their marriage. 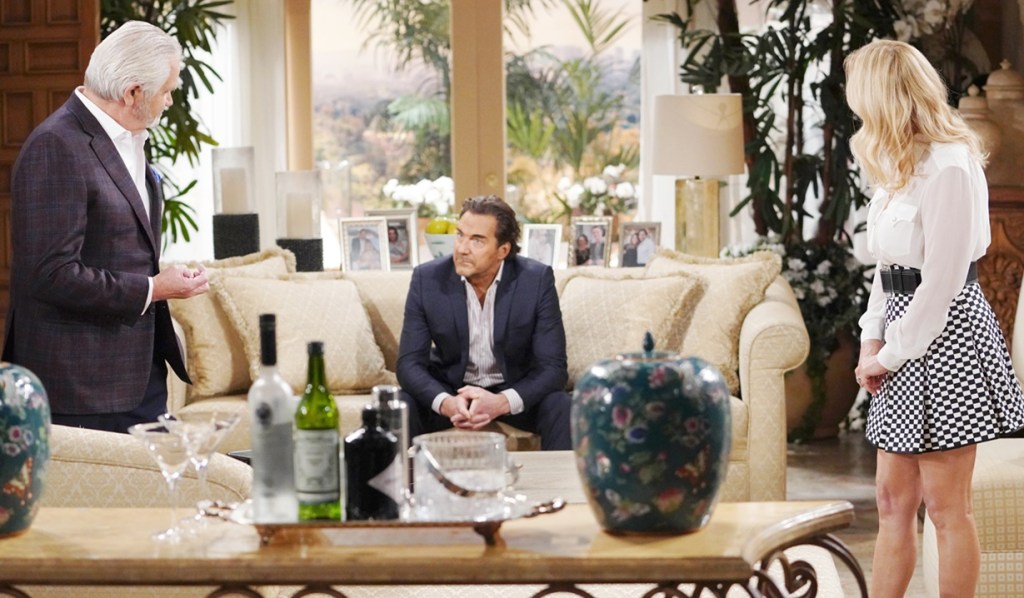 At Forrester Creations, Zoe recognizes the jacket Shauna is holding from Carter’s bedroom and assumes she’s the one he’s been sleeping with. Carter just gawps at her, so Shauna jumps in to say they’re all adults and confirms, “Yeah, Carter and I were together.” Zoe can’t believe it and wonders how long it took him to get over her; is she just a fool? She zeroes in on Quinn, “Did you know about this?” Quinn looks alarmed as Zoe reminds her she trusted her and demands an answer as to whether she’s known about Shauna and Carter all along.

More: Should Carter and Quinn continue their affair?

Shauna interjects that Quinn just found out and Carter confirms that’s true. Zoe asks Carter how long he’s been with Shauna — she wants to know if he was sleeping with someone else when they were together. Shauna denies it. Zoe questions how they even came into contact. Carter halts the line of questioning by saying he’s sorry Zoe got hurt. They establish Shauna and Carter aren’t in love. Zoe’s grateful for that; it tells her they still have a chance. She marvels that when she first saw the jacket she thought it was Quinn’s… but she wouldn’t sleep with the man she loves while swearing to help them get back together. “You’re a true friend, you would never do anything like that. Right, Quinn?”

More: Why Quinn might wanna keep a close eye on Shauna!

In the studio, Paris admires Zende’s latest design and he compliments the scent she’s wearing. Paris is distracted and admits she’s concerned about Zoe; she’s so full of pain and regret about hurting Carter. Zende feels awful about his role in it. He concedes there was a spark between them, but assures Paris it’s fully out — he’s looking at his future. Zende believes Zoe loves Carter and wishes he could move past the pain and trust her again. Paris feels it may be too late for them. She updates him on Zoe seeking Quinn’s help, and then Zoe walking in on Carter and another woman. 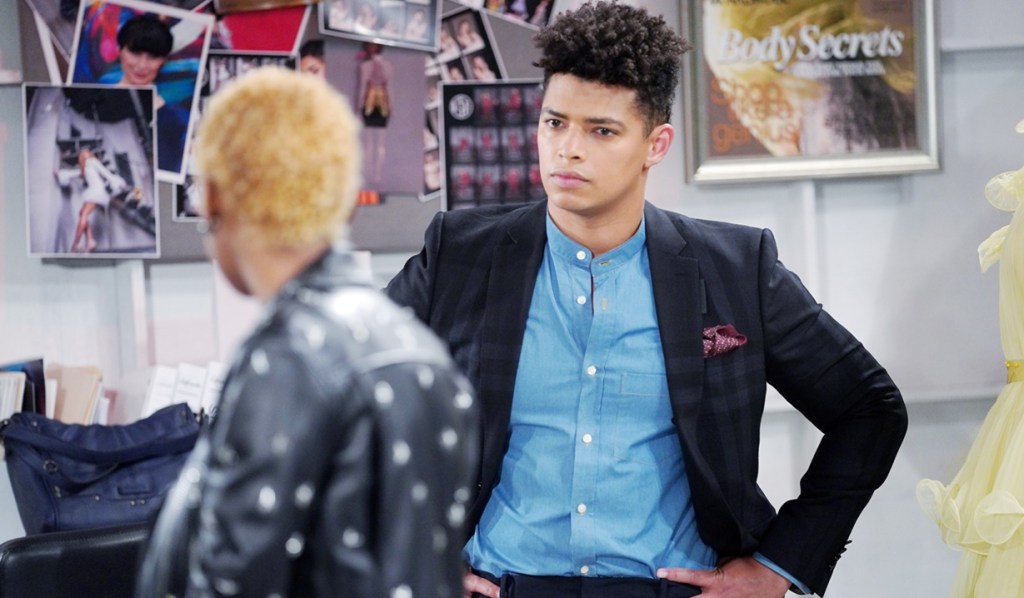 Next on The Bold and the Beautiful: Shauna urges Quinn to take advantage of the current situation.

Look back on photos of Ride and Brooke’s weddings in the gallery below. Get your free daily soap-opera fix for The Bold and the Beautiful — and all of the other daytime dramas — delivered straight to your email inbox by signing up for Soaps.com’s newsletter. 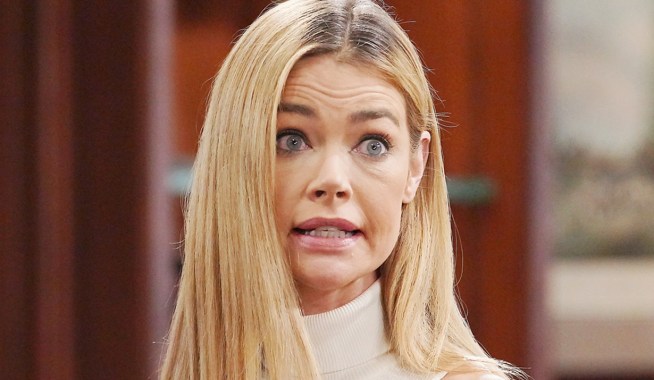 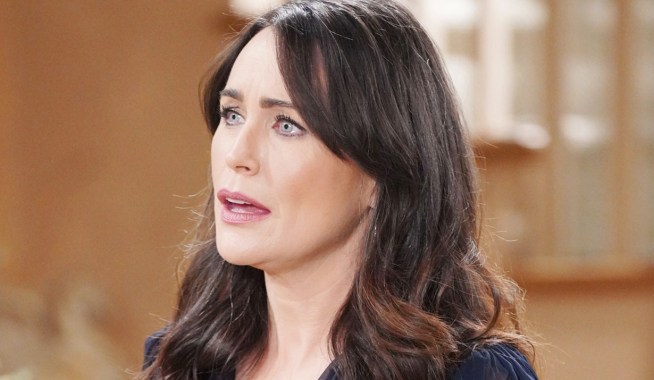