Monday, May 10, 2021: Today on The Bold and the Beautiful, Brooke and Ridge warn Zoe about Quinn, Eric makes a decision, and Quinn gives into temptation. 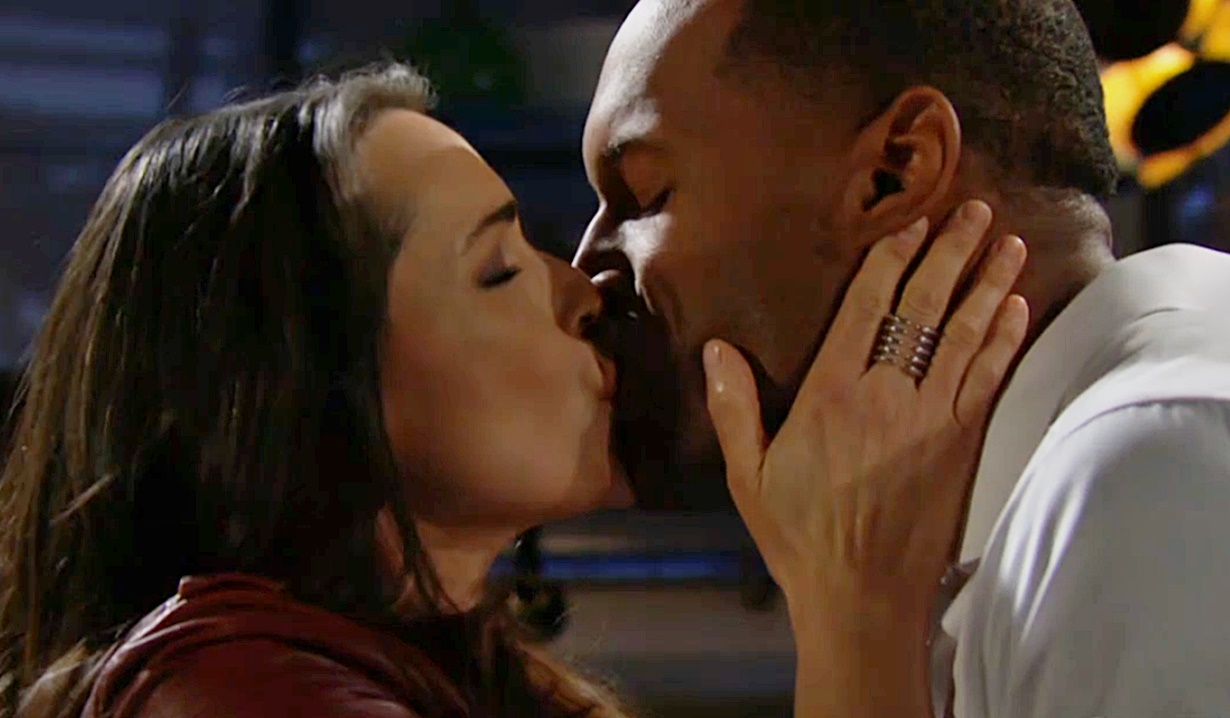 At Forrester Creations, Brooke tells Zoe she’s looked everywhere for Quinn and can’t find her. She makes a crack about Quinn only caring about herself and Zoe informs her she and Quinn are friends. She offers to get a message to her, but Brooke has to talk to her in person, preferably not at work. It’s about her marriage and her role as Eric’s wife. 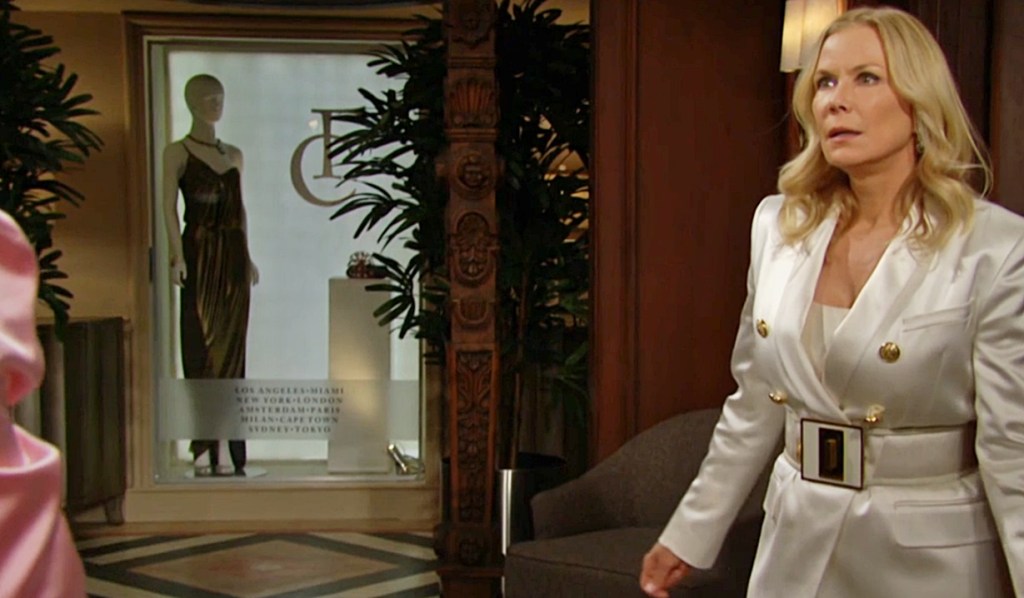 In the main office, Eric and Ridge are talking business when Brooke and Zoe come in. Zoe asks about Eric’s trip and relays that Quinn missed him a lot — she’s sure she was glad to get back in his arms. Eric looks surprised. Brooke chastises that it’s inappropriate for Zoe to be discussing Eric’s marriage. Eric agrees.

More: The B&B twist that could save Quinn’s marriage

Undeterred, Zoe continues to talk about how Quinn has opened up to her and they’ve become friends — she’s come through for her with Carter. Ridge thinks perhaps Zoe should speak to Carter himself. Brooke concurs. Zoe reflects that she and Quinn both let down the people they care about. Brooke suspects Quinn sent her there, but Zoe denies it. She thinks Quinn really cares about rebuilding the trust in her relationship, that’s why she cares so much about her and Carter. She hopes one day Eric can open his heart up to her again. “She’s completely committed to you and your relationship and would never, ever do anything to jeopardize it again.” Brooke laments the amount of faith Zoe is putting in Quinn. Zoe reveals she’s planned a surprise for Carter at his apartment. Brooke questions if that’s a good idea. Zoe argues it has to happen now while Carter’s not seeing anyone. She’ll do everything she can to regain his trust.

At the loft, Quinn tells Carter, “We can’t do this.” She protests that this would hurt Eric and obliterate her marriage if he found out. Carter reminds her it’s comfort, but Quinn corrects, “It’s cheating,” and wonders, “Why can’t we stop?” Carter knows how committed she is to Eric. Quinn interrupts that Carter should be with Zoe. She made a mistake but now he can relate to that, because so did they. Carter argues they were consoling one another. Quinn touches Carter’s face as she recaps that Carter made her feel desirable and beautiful again. At the time she wasn’t thinking about anything except their connection… a connection he needed too. Quinn decides she has to go, but Carter tells her she doesn’t have to. She lists his attributes as he backs her up against the door. Quinn marvels at him making such a difference in her life and can understand why Zoe’s so desperate not to lose him. They gaze at each other intensely and then start kissing. 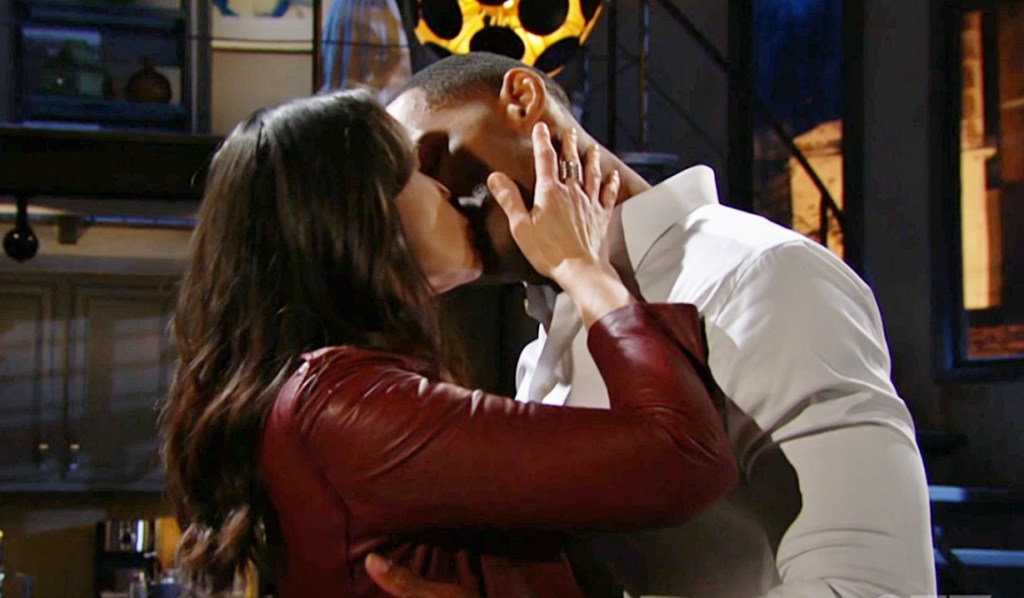 After Zoe’s gone, Brooke, Ridge and Eric discuss Zoe and Quinn’s new friendship. Talk turns to whether or not Carter will take Zoe back. Ridge feels if Carter wants her back, then he’ll be happy for him. Brooke relays they want Eric to be happy too. Eric hates that he’s hurting Quinn and decides he has to make an effort. Brooke argues Quinn’s the one who has to make an effort. Eric believes her patience proves she’s changed — through all of this she’s been true to her word… and she’s been faithful to him.

Soon, Carter and Quinn burst into his bedroom while kissing and undressing and fall onto the bed together. Quinn teases and Carter pulls her down on top of him and they kiss passionately as they start having sex.

More: The pitfall B&B needs to avoid with Quarter

Downstairs, Zoe enters Carter’s loft and calls out his name. There’s no answer so she makes her way upstairs. She says his name again and reaches for the bedroom door handle. Opening it, she steps inside the darkened room and gasps as Carter sits up in the bed, shocked at the intrusion.

Next on The Bold and the Beautiful: Zoe’s surprise for Carter backfires in a shocking way.

Look back on Eric’s relationship with Brooke through the years in the gallery below. Get your free daily soap-opera fix for The Bold and the Beautiful — and all of the other daytime dramas — delivered straight to your email inbox by signing up for Soaps.com’s newsletter.