Thursday, May 6, 2021: Today on The Bold and the Beautiful, Brooke is tickled by Ridge's news, Eric receives advice, and Zoe pleads with Carter. 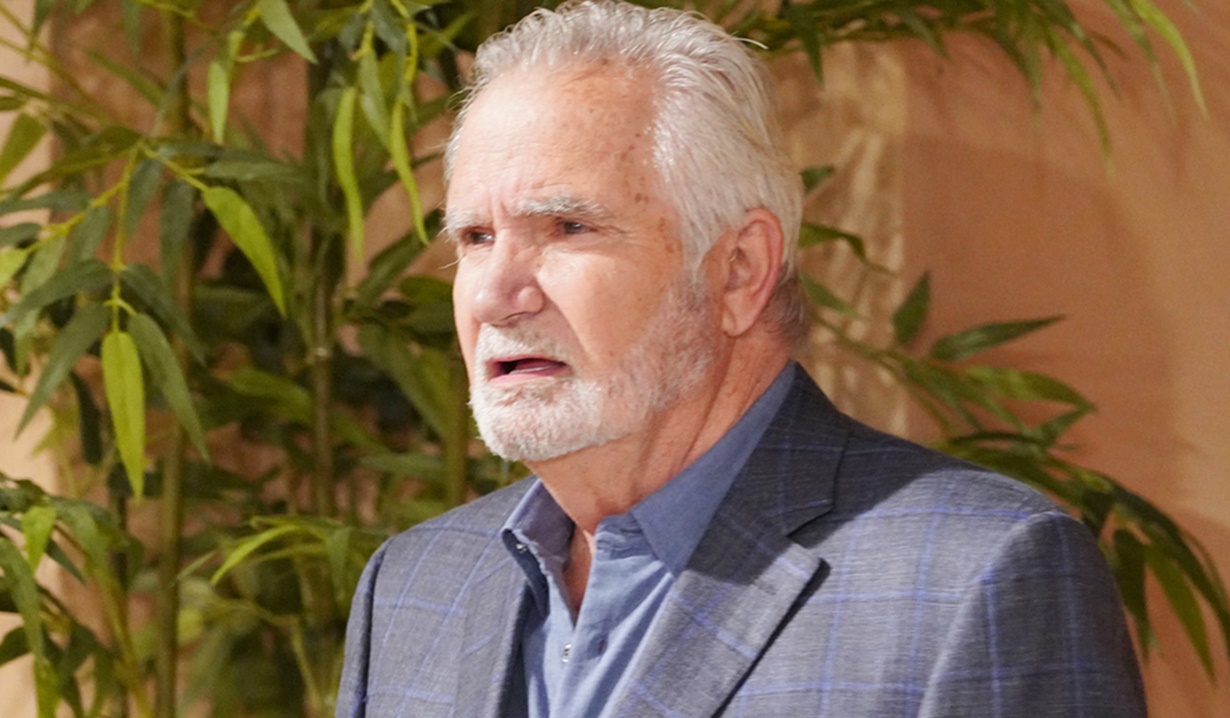 At Forrester Creations, Brooke and Ridge discuss Liam moving back in with Hope. Ridge is proud of Thomas for how he’s reacted. Brooke is more guarded on that front as she wants everything to be perfect for her daughter and her husband. Talk turns to Eric’s troubles with Quinn and Brooke’s tickled to hear they’re having issues in the bedroom. Just then, Eric arrives. Ridge asks how his trip was, and Eric notices Brooke is looking at him strangely. Ridge admits he told her there were problems between him and Quinn. Eric muses about how difficult it is not wanting to touch his wife; he wishes there was a switch he could turn on. He’s not sure it will ever come back. Brooke suggests he set up a romantic evening to stoke the fires. 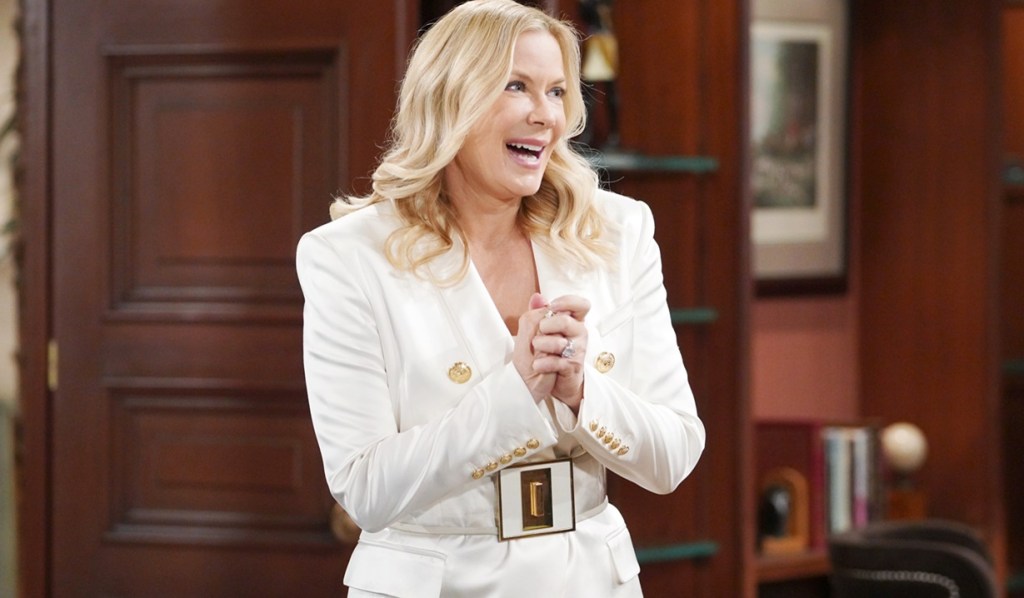 Eric tells them it’s been frustrating for both him and Quinn. Brooke can wish Quinn out of their lives all day long, but if Eric wants to give Quinn another chance, then she wants him to be happy. Eric recalls what they had was magical in the beginning, but he’s not sure he can get that back. Brooke wants whatever is best for him. After Eric leaves, Ridge feels bad for his dad. Brooke counters that Quinn’s not trustworthy and reminds him Quinn targeted their marriage and tried to replace her with Shauna. Ridge wonders if she’s hoping for Eric’s marriage to fail. Brooke admits she wouldn’t shed a tear if Eric left Quinn.

In the design office, Zoe apologizes to Carter for sending Quinn to his place; she knows she can be a little intense. Carter reassures her. Zoe senses he’s different now and wonders if Quinn had something to do with the change in him. She understands Quinn can be off-putting and hopes she didn’t make a mistake asking her to speak to him again. Zoe beats herself up for hurting him and complains her apologies did nothing, so she thought she’d enlist help from the Forrester camp. Especially since Carter respects Eric and Ridge so much.

Zoe goes on about all the things she misses about her relationship with Carter. “I want that back.” He tells her, unfortunately, it’s not that easy. Zoe keeps talking and brings up Quinn being an amazing friend again. “She really does believe in us so her intentions are genuine.” Zoe hopes Quinn will make an impact on him, not just as her friend, but as Eric’s wife. She knows Carter’s feelings for her are still there — she knows he’s the only man for her and she’s the only woman for him. Carter flashes to Quinn. 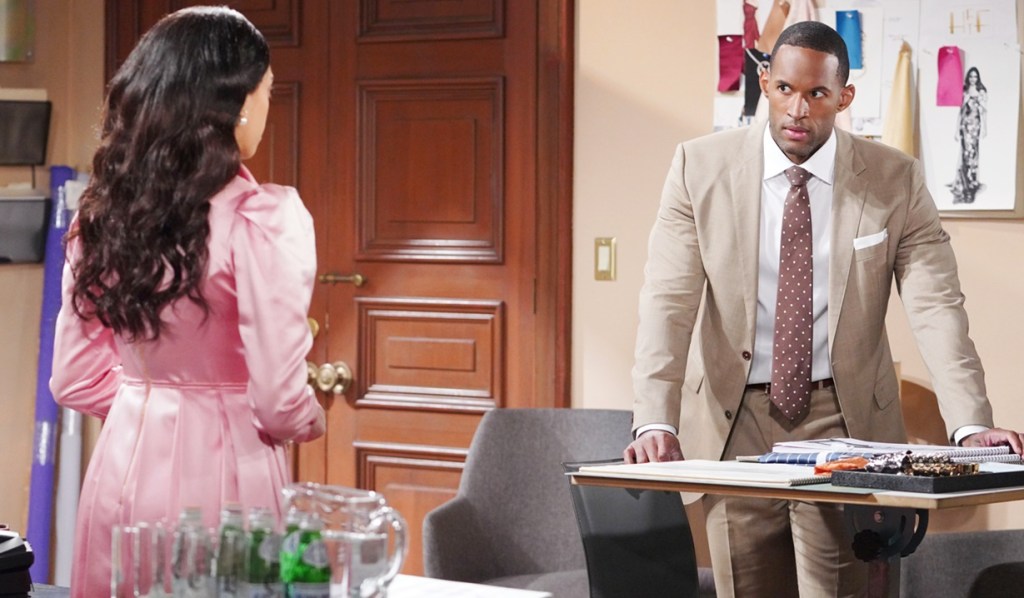 More: How Zoe’s exit should play out

In the Forrester living room, Shauna gapes at Quinn; “You slept with another man? Is that what you’re telling me?!” Quinn insists Eric is everything to her. Shauna scoffs, “Then how do you end up in another man’s bed, Quinn?” Quinn protests it wasn’t planned, it just happened. She complains that Eric pretends to be asleep when she comes to bed. Shauna feels she should have waited and stayed true to her wedding vows. Just because you’re having trouble in your bed doesn’t mean you jump into someone else’s! Quinn was so starved for affection, she wanted to be kissed and held… and the guy was going through the same thing. They connected and one thing led to another. “I’m not going to lie — it was incredible.” Shauna raises an eyebrow and asks, “Really?” Quinn confides, “It was mind-blowing.” 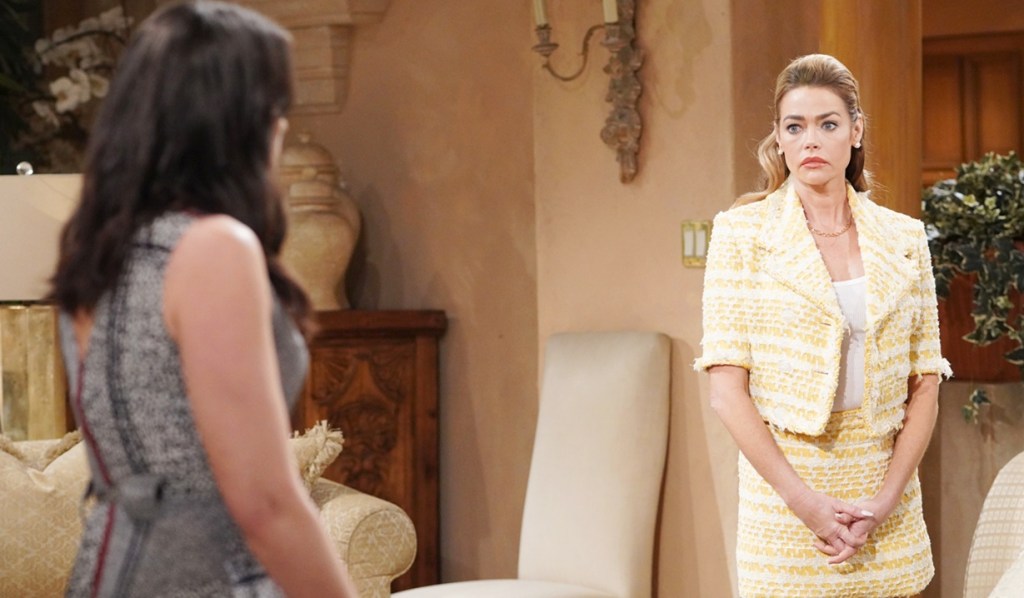 More: What *needs* to happen on tonight’s Grey’s Anatomy

Shauna’s done scolding and wants a name; she asks, “Who was it?” They debate whether Quinn’s cheating on Eric. Quinn argues it was only one time… collectively. She repeats that it was absolutely incredible, and gushes that their connection was beautiful. Shauna fishes and learns the man was someone Quinn knows, then asks again for a name. Quinn swears her to secrecy before whispering, “Carter Walton.” Shauna’s thunderstruck — Carter that works at Forrester Creations? Ridge’s best friend, Carter?! Quinn recalls how it built up over time until it exploded into a mind-blowing experience… that can never happen again. She sighs. Carter should be with Zoe and she loves her husband. Quinn refuses to let one night ruin her marriage. Just then, the door closes — Eric’s home. He heard what she said and demands to know what happened while he was gone that could ruin their marriage. “Tell me.”

Next on The Bold and the Beautiful: Shauna covers for Quinn.

Bold & Beautiful’s latest fashions have been a hot topic of late. Don’t miss the best and worst dressed characters in the gallery below. Get your free daily soap-opera fix for The Bold and the Beautiful — and all of the other daytime dramas — delivered straight to your email inbox by signing up for Soaps.com’s newsletter. 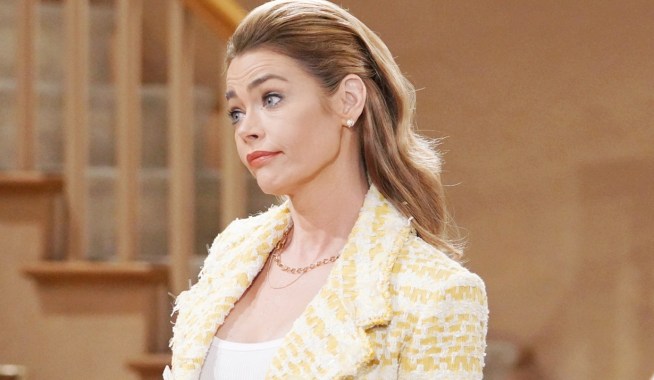 Shauna Saves Quinn's Bacon With Eric, as Quinn Makes Her Way Back to Carter's Loft 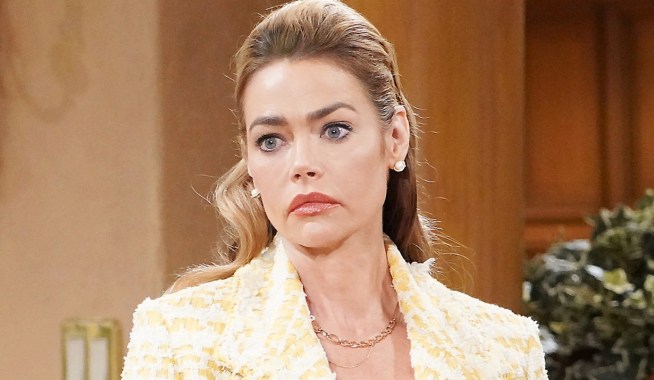