Tuesday, April 27, 2021: Today on The Bold and the Beautiful, Hope updates Brooke, Carter doles out advice, and Quinn walks in on Donna and Eric. 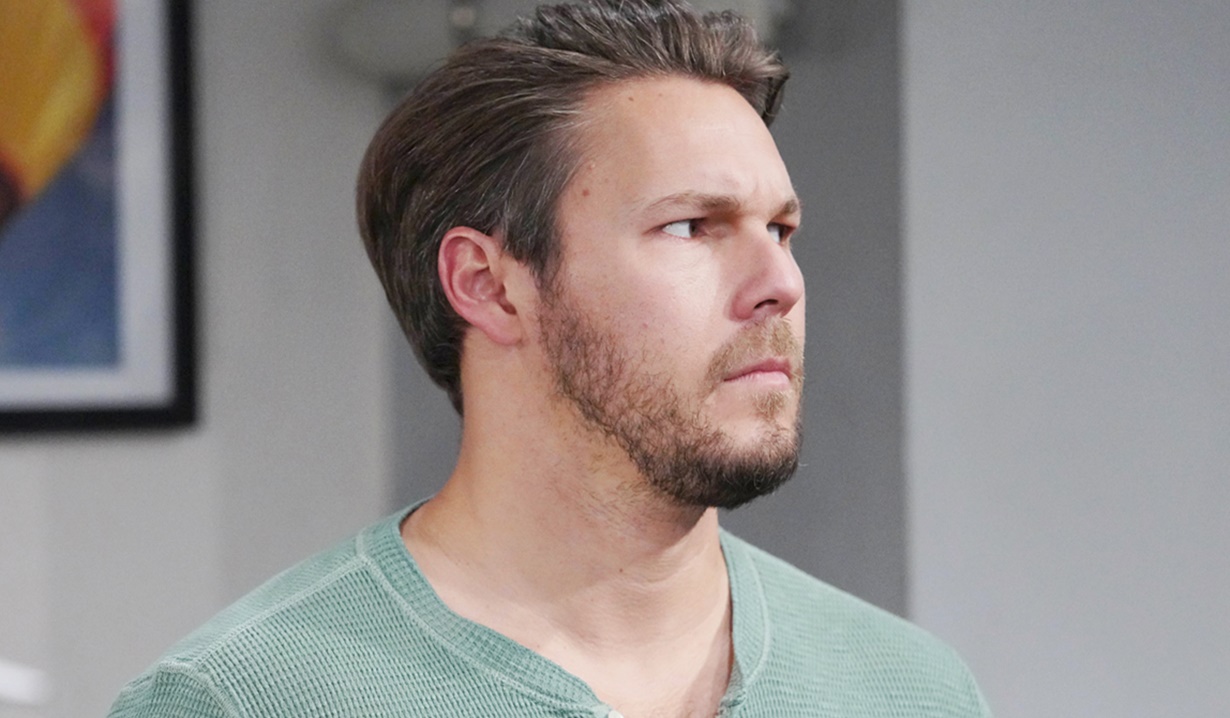 In the cabin, Liam marvels, “Is this real?” He can’t get over the fact that he’s coming home with Hope and the kids. Hope knows it hasn’t been easy… but that’s over now. They embrace. Liam tells his wife this is a gift and a lifeline — he’ll never be able to tell her how much this means to him. He recaps how he wishes he could erase… that night. Liam can’t wait to tell Bill the good news. “I needed this.” He tells Hope he loves her and they kiss.

At Spencer Publications, Bill resents Baker walking into his office to ask questions about a lowlife drug dealer while pointing the finger at his son. Baker’s just doing his job, which includes talking to anyone who had a motive to want Mr. Walker dead… including Liam. Bill scoffs that if he’s looking for motive — Vinny was a drug dealer! Right now, Baker wants to talk to his son. He imagines Liam was downright furious about Vincent Walker changing the paternity test results. Bill smirks at the idea Liam was angry enough to kill someone. 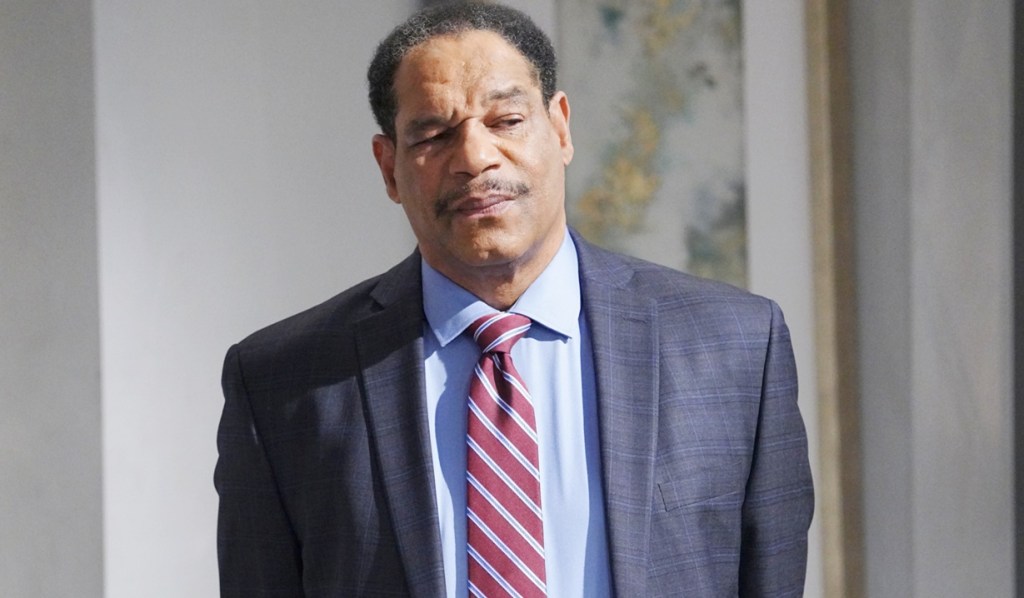 At Forrester Creations, Eric chats with Donna, who asks about his overnight business trip. Eric muses that no one will even miss him. Taken aback, Donna asks, “Not even your wife?” She then decides that was a stupid question… of course Quinn will miss him, just as she always did when Eric was away during their marriage. She offers to get Quinn for him, but Eric grunts that they’ve already said their goodbyes. Donna reminds Eric he can talk to her about anything… even his marriage. He’s not sure how his current wife would feel about it. Donna muses over him referring to Quinn as his ‘current’ wife and wonders if she should read into it. 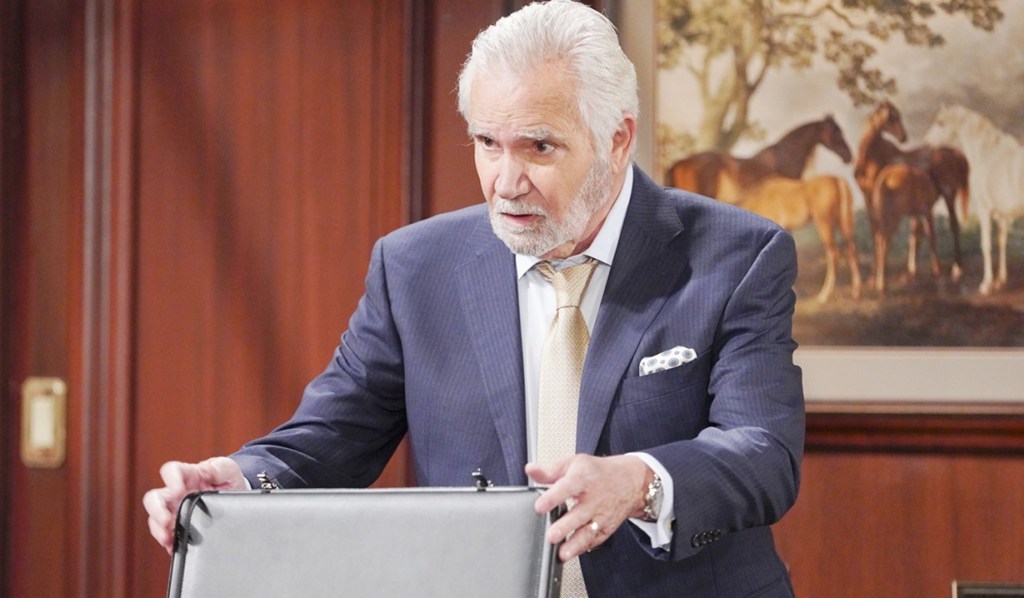 In the design office, Carter assures Quinn there is still hope for her relationship while there’s love there. Quinn says there is for her, but she isn’t sure Eric shares her feelings on the marriage. She thinks her days as Mrs. Eric Forrester may be numbered. Carter urges her not to give up on herself or her marriage. Quinn’s just glad no one has picked up on their troubles and complains Brooke and Ridge would like nothing better than to see her gone. She goes on about the double-standard given to Brooke in the family, who is forgiven as soon as she turns on the waterworks. Quinn worries she’s lost Eric, but Carter encourages her to work hard to rebuild his trust. Quinn thanks him for listening and smiles as she tells him he’s good at everything. She decides to go say goodbye to Eric. 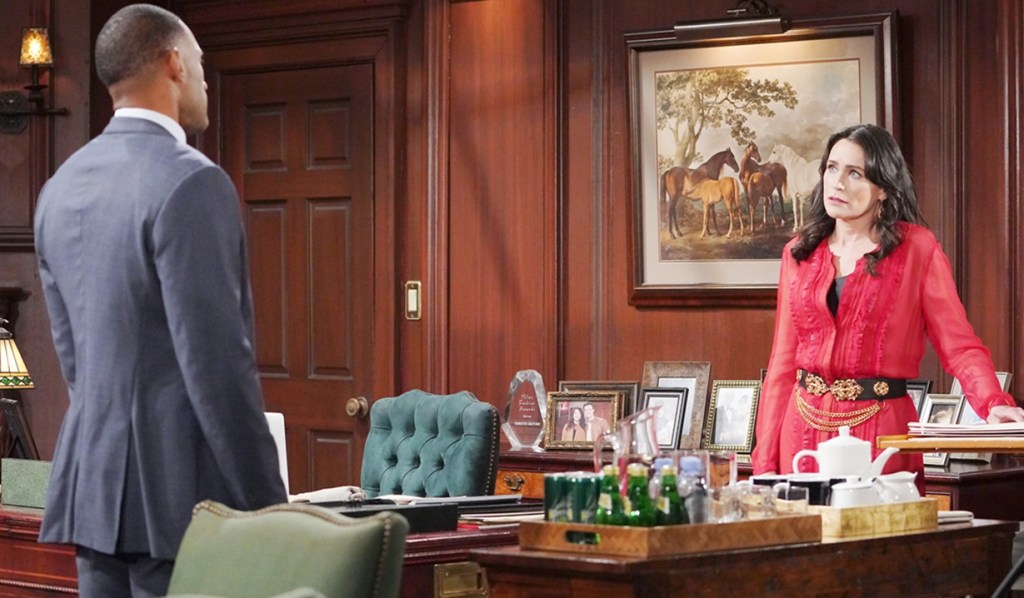 More: B&B fans hope *this* happens with Carter and Quinn

In the main office, Donna’s fixing Eric’s tie for him when Quinn walks in. She watches them smile at each other before interrupting to tell Donna there’s a document on her desk to sign. 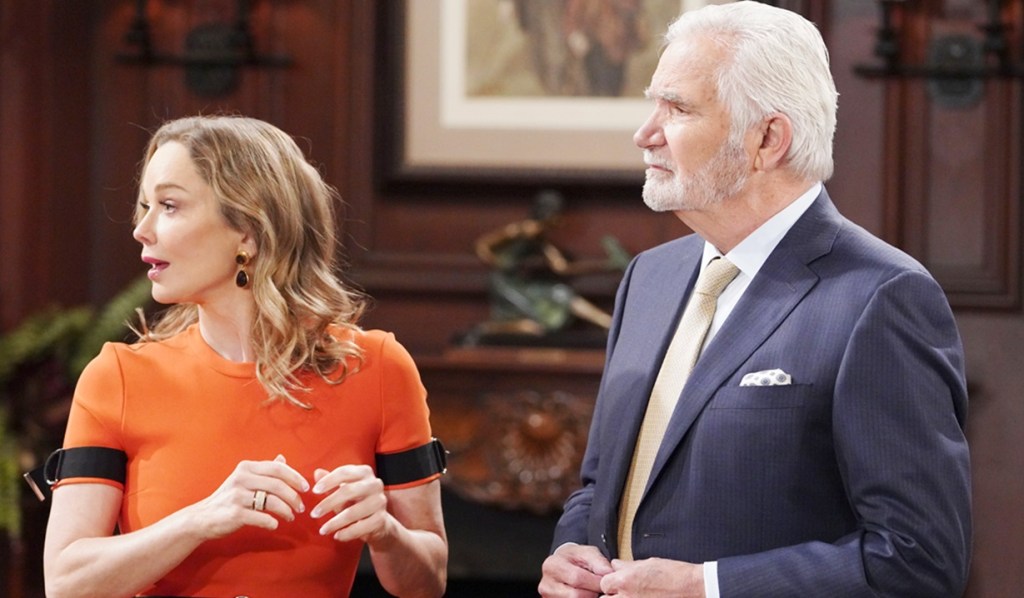 Donna exits and Quinn tells Eric she’ll miss him. “I hope you’ll miss me too.” She offers to accompany him, but Eric say it’s only one night. Quinn wants to get close again when he returns, but Eric’s not ready yet and turns to leave. She says, “I love you,” but he doesn’t reply in kind. 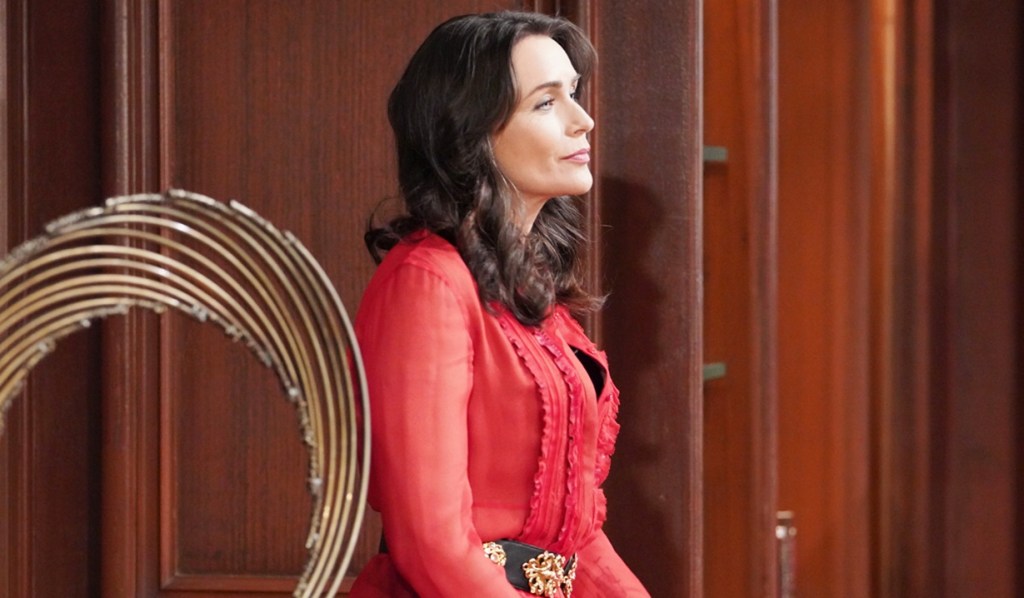 In the cabin, Hope confides in Brooke that she still feels there’s more going on with Liam, but they need each other. Brooke asks, “Have you finally forgiven Liam?” Hope explains seeing her husband struggle made her realize how much she missed him being in their home. Brooke’s thrilled to hear that he’s moving back in. Hope loves him and nothing will come between them ever again.

In Bill’s office, he laughs at the idea that Liam could kill anyone. Baker muses that if anyone had a right to be livid, it’s his son. Bill chortles that his son doesn’t mow people down because they “done him wrong.” Just then, Liam busts in and happily reports that Hope has forgiven him. Bill points to the corner, where Baker emerges and asks, “Do you mind if I ask you a few questions about the death of Vincent Walker?” Liam wonder what he’d like to know. Baker needles about Vinny changing the paternity test and finally asks Liam, “Did you murder Vincent Walker?” Bill booms, “Of course he didn’t murder the guy! Tell him, Liam. Tell him!”

Next on The Bold and the Beautiful: Brooke voices her concerns about Thomas.

Don’t miss photos of Bold & Beautiful’s most memorable love triangles in the gallery below. Get your free daily soap-opera fix for The Bold and the Beautiful — and all of the other daytime dramas — delivered straight to your email inbox by signing up for Soaps.com’s newsletter. 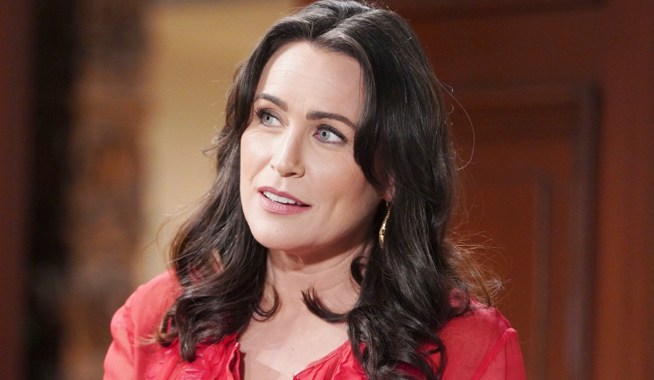 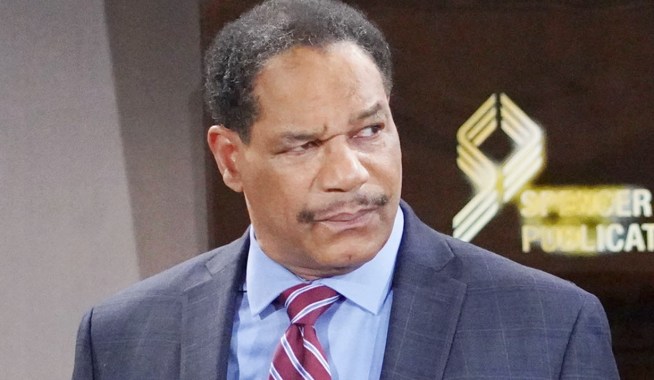