Thursday, April 22, 2021: Today on The Bold and the Beautiful, Liam feels more hopeless than ever, Thomas makes Hope a promise, and Zoe pleads her case. 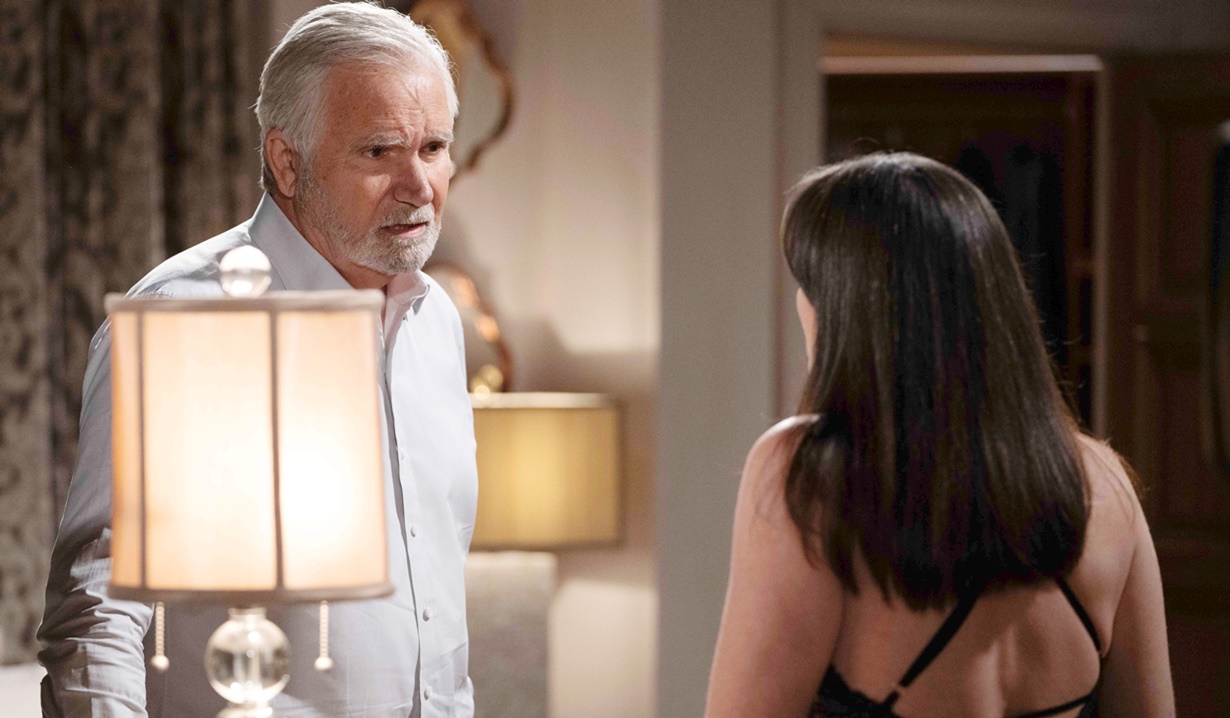 At Bill’s place, Liam paces and repeats, “I can’t do this, I can’t do this…” He and Liam go over what happened with Vinny again. Bill insists no one is ever going to find out but Liam agonizes, “Oh God what have I done?” Bill understands he feels sick and gutted inside but he has to shove it down and hide it. Liam isn’t good at this, and protests, “I cannot do this!”

Liam tells his father about the incident with Charlie and Bill tells him he has the opposite of a poker face. Bill advises him to think about rainbow or puppies… whatever it takes to get *that* look off his face. Liam will have to confess or it’s not going to happen. He frets about Baker’s investigation and Thomas knowing he hated Vinny. Bill fumes that he has to get a grip. He decides it’s time to fire up the jet and take him somewhere. Liam whines that he can’t leave; his wife and kids are there. Bill points out he’s too consumed by guilt to see them. Liam sobs that he’s not worthy of his children, and asks, “What hope do I have for a future?” 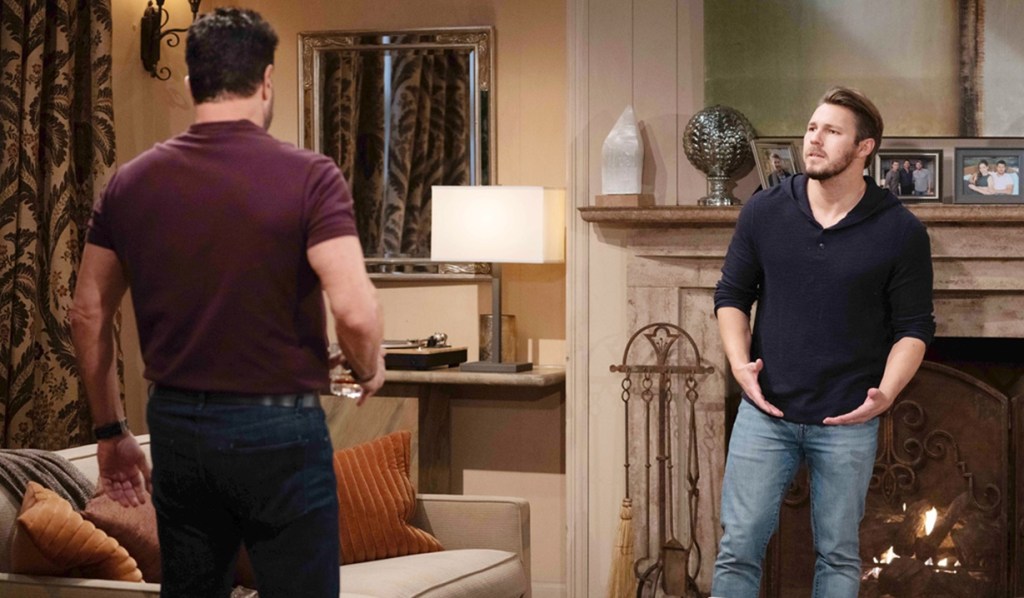 At the cabin, Thomas and Hope agree it’s weird that Liam didn’t jump at the chance to see the kids. Hope texts him again. Ridge knocks and enters. He asks if everything’s okay. Hope’s concerned something is going on with Liam and it’s more than just the separation. Ridge asks how Thomas is doing. He’s still in shock that Vinny’s gone. Hope and Thomas explain Deputy Baker came by the office earlier. Ridge feels they need to find the driver of the car and bring him to justice. Thomas muses there will be a heavy price to pay. “I’ll make sure they catch the guy who killed my friend.” 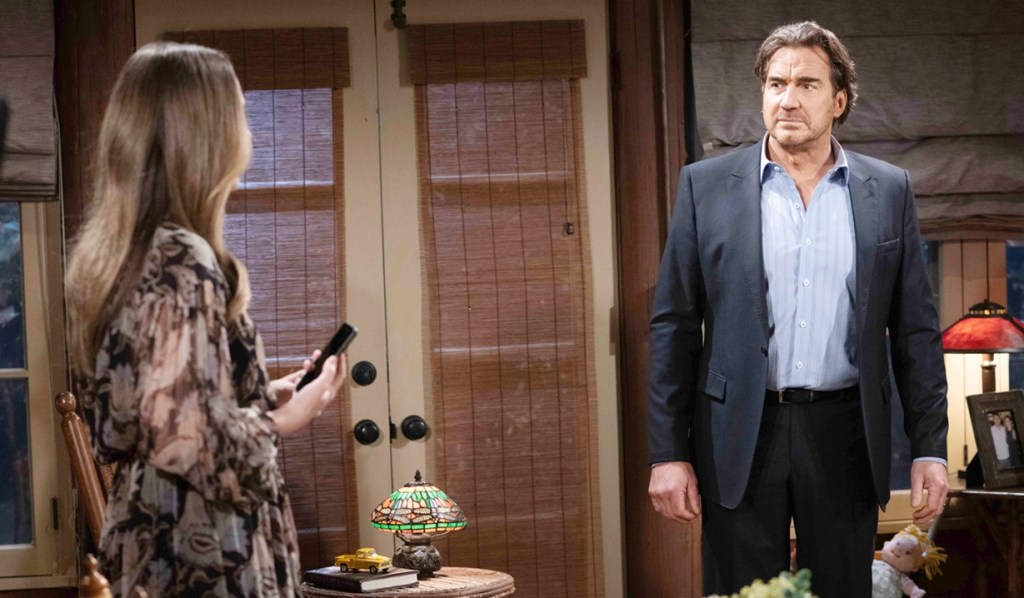 Later, Thomas tells Hope the kids are asleep. She thanks him for checking on them. Hope still hasn’t heard from Liam and can’t understand it. Thomas thinks there must be some explanation. Hope appreciates Thomas pitching in. Thomas loves it. The kids and Hope can always count on him. “I’ll always be there for you.”

At Forrester Creations, Carter is changing his shirt and thinking about Quinn asking if he plans to be bitter and live like monk for the rest of his life when Zoe walks in. She marvels that she walked in at just the right time. He asks what he can do for her, then relays that Quinn spoke to him on her behalf. Zoe is grateful she tried to help her win him back. “I am not giving up on you.” Carter concedes that Quinn made some good points about how they all need connection and intimacy. Zoe wants to share that with him again. She recalls the future they were planning together. Carter was ready for that, but clearly she wasn’t. He’s having a hard time making peace with her going after another guy. Zoe misses when it was just he two of them. Her voice breaks as she says, “I miss making love,” and hopes one day he’ll want to hold her again. 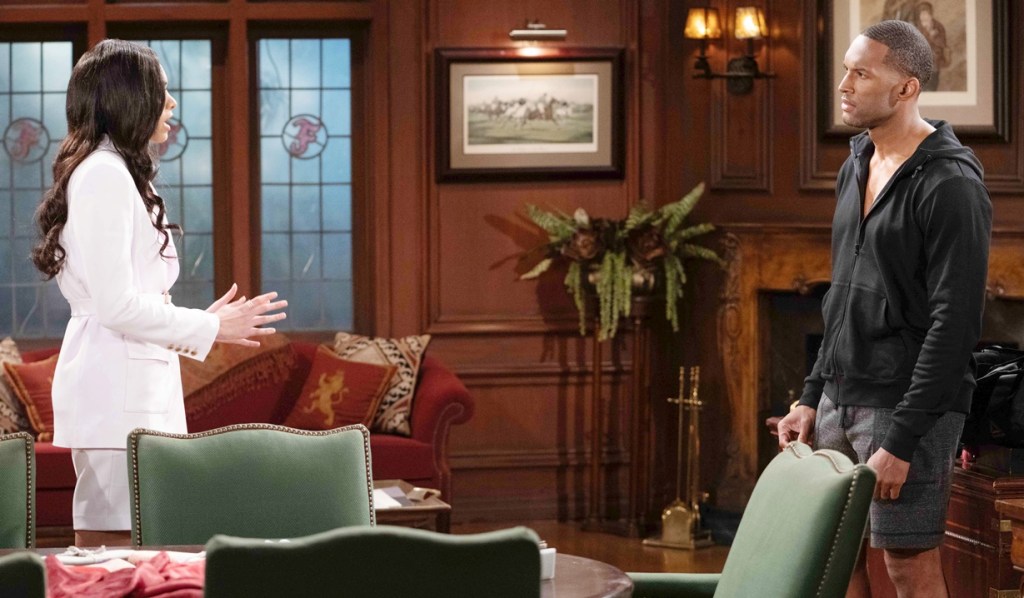 At the Forrester mansion, Quinn tells Eric she misses being close to him and is hoping he misses it too. She wants to spend the night reconnecting and getting back to where they used to be. It’s been too long. Quinn suggests cuddling on the couch. Eric doesn’t want to disappoint her; he knows it’s been a long time since they made love, but he’s going upstairs — he’s tired. 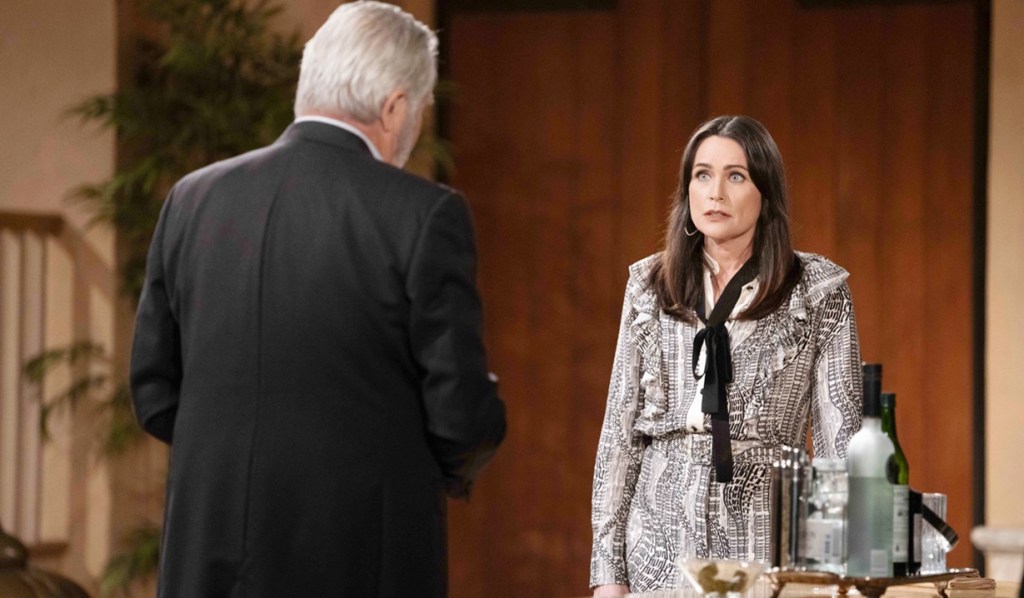 More: B&B’s Carter to have a secret affair?

Upstairs, Eric flashes to a happier time with Quinn. Suddenly, she enters the room in the black lingerie from their wedding night. Eric’s jaw drops and he exclaims, “Wow!” She admits she’s hoping this will reignite his feelings of passion and desire. Eric smiles and assures her she’s stunning. Quinn thinks they need to prioritize intimacy again and stoke the flames of desire. Eric then surprises Quinn by sighing… he wishes he could get caught up in that, but he cannot get past her manipulation of Ridge and Brooke’s marriage. He believes she regrets it, but it’s also a big part of who she is, and eventually she’ll do it again. Quinn wants to prove herself to him, but he cuts her off, saying it’s a travel day for him tomorrow and he needs his rest. Quinn sits on the bed, dejected. 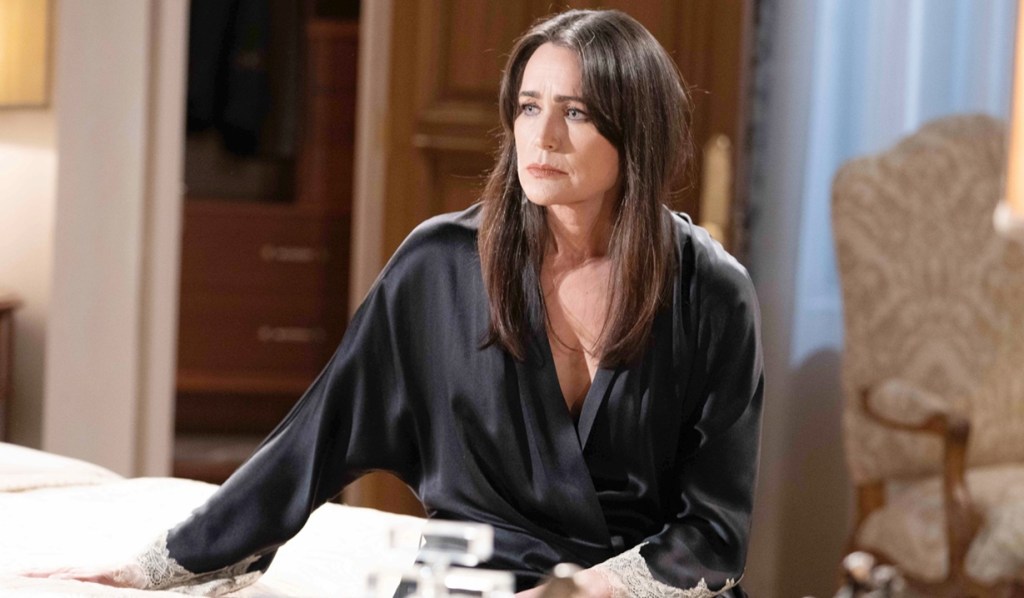 Next on The Bold and the Beautiful: Deputy Baker and Detective Sanchez develop a theory about Vinny’s death.

Don’t miss photos of Quinn through the years in the gallery below. Get your free daily soap-opera fix for The Bold and the Beautiful — and all of the other daytime dramas — delivered straight to your email inbox by signing up for Soaps.com’s newsletter.

Liam Is Stunned by the Turn of...