Thursday, April 8, 2021: Today on The Bold and the Beautiful, Hope invites Finn to Forrester Creations for a chat, and Bill deals with Liam's full-scale meltdown. 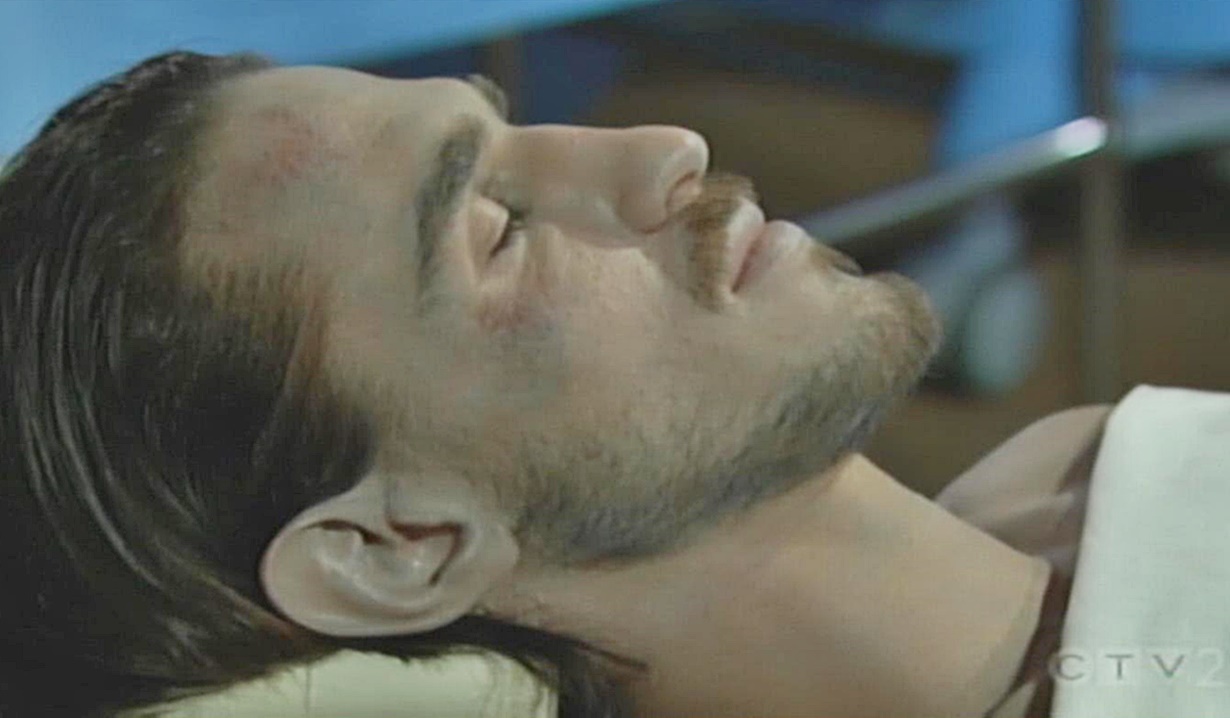 At Bill’s place, Liam agonizes as he flashes back to the accident. Bill comes in and Liam whips the throw cushions around as she confronts his father about suiting up and going for a morning jog under the circumstances. Bill reports he went to see if there were any cameras in the vicinity of the accident. He’s free and clear and only needs to keep quiet.

More: The fatal flaw in Bill’s cover up!

Liam maintains it’s important for him to go to the authorities. Bill hollers at him to please explain the allure of prison life. He tells Liam the car is also taken care of, and adds, “All you have to do is…” Liam snaps, “Pretend it never happened.” He can’t just forget that a person was walking down the street and is dead because of him! Bill points out it will haunt him whether he’s behind bars or walking around free. He suggests he take door number two — the walking around free option. Liam’s convinced the police will figure it out. Bill pulls out a news report on the hit-and-run that says there are no leads. He tells Liam there won’t be any… because of him. Liam flails his arms as he argues that they will find tire tracks and complains about him leaving Vinny on the side of the road. Bill exclaims that he was dead; was he supposed to send out invitations to a wake? 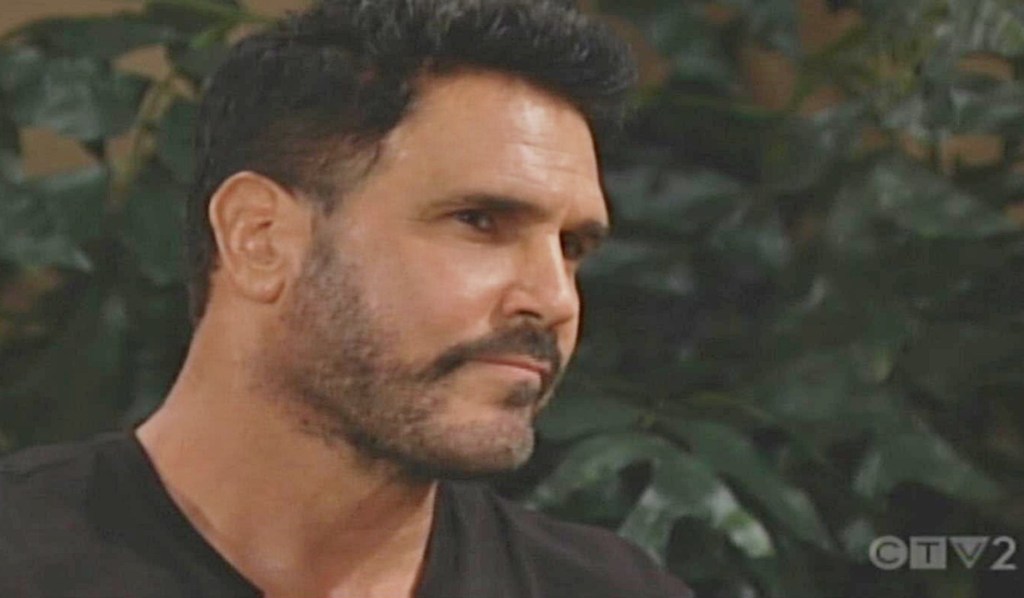 Liam insists he’s going to the police and makes a move toward the door but Bill blocks his way. “You are not going to the police!” Bill rants loudly that the cops aren’t going to thank him for reporting his ‘boo-boo’ and send him on his way. Liam thinks they can say they thought they hit an animal and turn themselves in. He wails that the truth always comes out. “I have to go to the police! I have to do it!” They argue some more until Bill roars that they have to stay quiet, that’s the way it has to be! 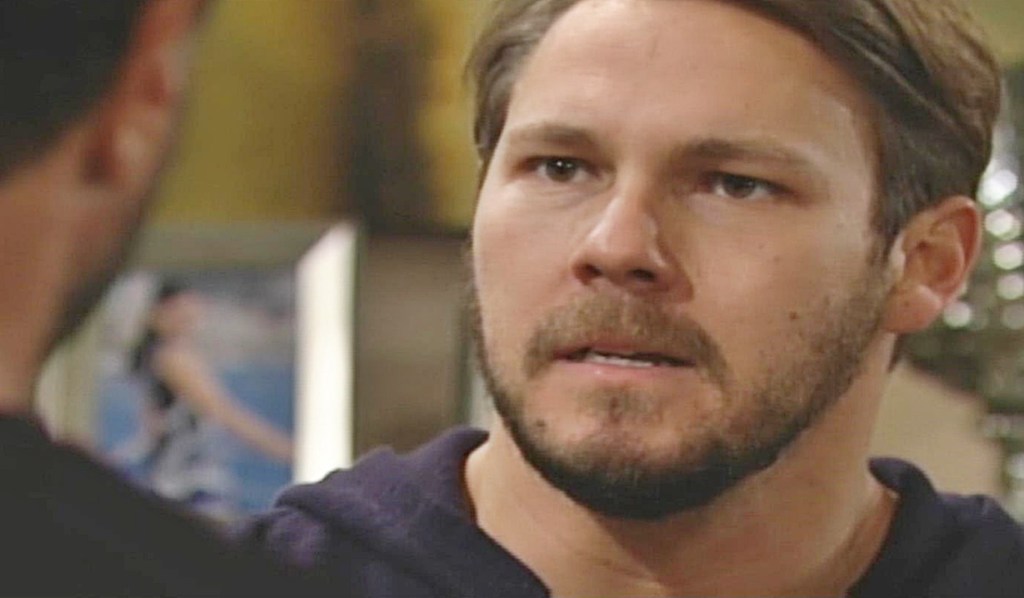 At Forrester Creations, Hope thanks Finn for coming. She learns Steffy and Kelly are still out of town but he wasn’t able to cover his shifts to join them yet. He asks Hope what’s going on. Hope wants to know how he was able to forgive Steffy. She admires his strength, but can’t seem to get there. Hope wishes it was as easy as flipping a switch but she can’t pretend what Liam did was okay. Finn knows all too well it was cruel and hurtful. He forgave Steffy because he loves her and she was horrified by what she did. Finn believes it was an isolated incident under extreme circumstances; it’s not like it was an ongoing affair. He knows they have a beautiful future together and thinks Hope and Liam do too. Finn counsels that there are enormous benefits physically and mentally to letting go of pain. Hope reveals she’s having lunch with Liam today. Finn wishes her luck. 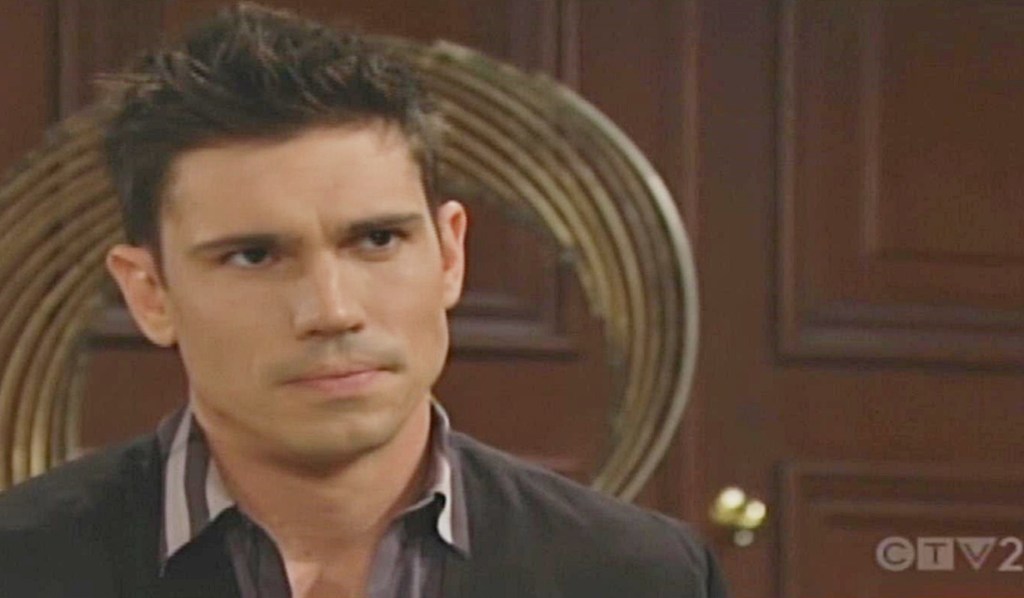 More: The character that could stop Steffy’s wedding

At Bill’s Liam gets a text from Hope about lunch and panics. Bill urges him to tell her something came up.

At Forrester, Hope reads Liam’s text, “I can’t make it,” and responds.

More: When Calls the Heart spoilers

At Bill’s, Liam reads Hope’s reply, “Hope you’re okay,” and goes hysterical again. He’s definitely not okay and begins to hyperventilate. Bill coaches him to breathe and slow down. He needs him to dig deep to find the strength to put this behind him. If he can’t, he can lean on him. Bill won’t allow him to do to prison.

More: Could Vinny have a twin we don’t know about?!?

Finn arrives at the hospital morgue and the coroner reports she isn’t ready to join him for training yet. She talks to him about the disturbing hit and run case she’s working on. Finn wonders what kind of person would just drive away. She pulls back the sheet and Finn gawps, “Vinny?!”

Next on The Bold and the Beautiful: Bill realizes he must do whatever it takes to protect Liam.

Feel free to look back on Steffy and Finn’s romance in the gallery below. Get your free daily soap-opera fix for The Bold and the Beautiful — and all of the other daytime dramas — delivered straight to your email inbox by signing up for Soaps.com’s newsletter.

Liam and Bill Engage In a Screaming...

Two More People Arrive at the...