Bill Engages in a Shocking Cover-up After Liam Passes Out

Tuesday, April 6, 2021: Today on The Bold and the Beautiful, Hope learns Vinny's out on bail, Paris is mortified on her date, and Zoe relishes getting pay back. 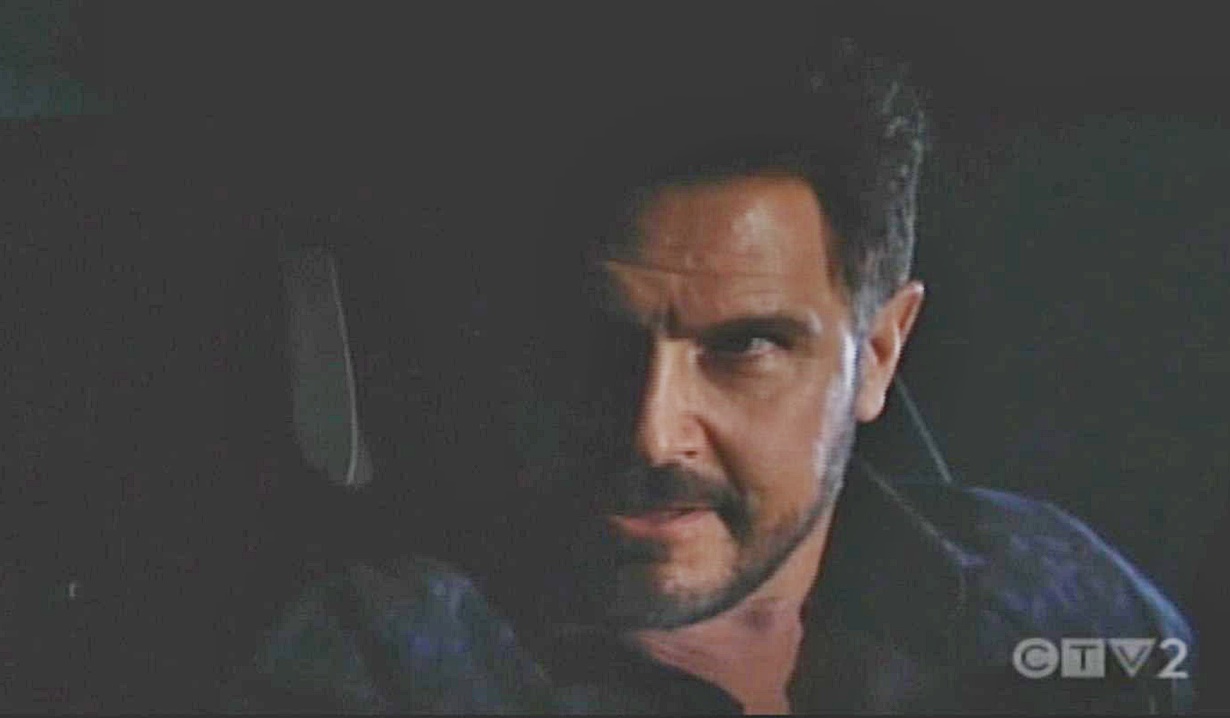 At the side of the road, Vinny gasps as Liam and Bill crouch beside him. Liam tells Bill this is Thomas’ friend… the one who changed the test results. Bill looks pensive. Liam frantically assures Vinny that he didn’t see him and they’ll get him help. He tells his dad they need to call 911. Vinny tries to speak but can’t anything out, then goes unconscious or dies. Liam gasps, “Oh my God!” and passes out. Bill buckles Liam back into the car, retrieves a phone off Vinny’s person, then gets back in the car and drives away. 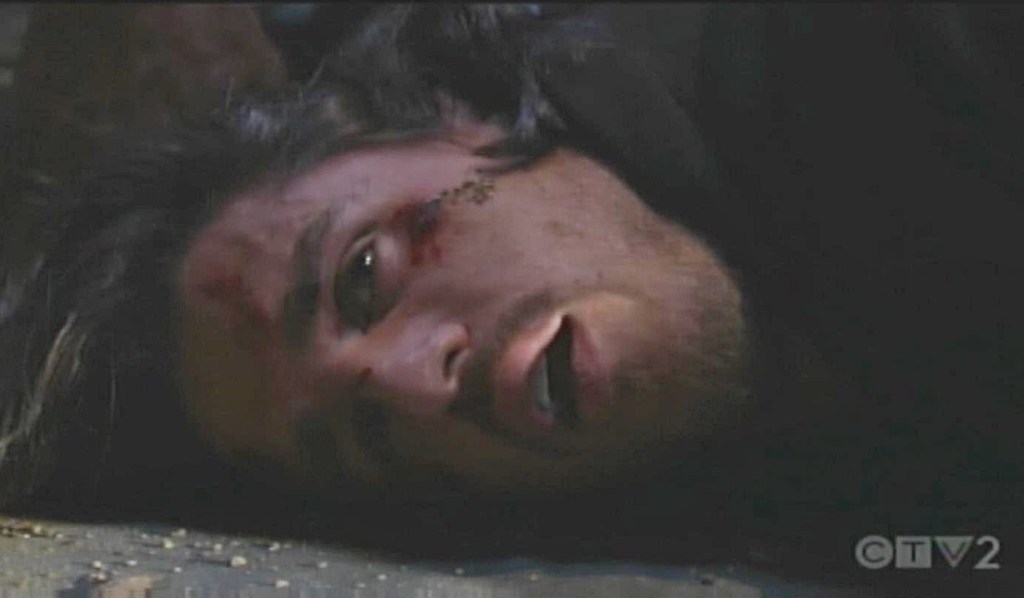 Eventually, Bill pulls over, puts Vinny’s phone under the car tire and drives over it to crush it. He then picks it up and tosses it into the valley. As Bill gets back in the car, Liam comes to and stammers, What’s going on? Where’s Vinny?” Bill says he’s dead. Liam wants to go back for him; they can’t leave him there, besides it was an accident. Bill argues he has to protect his son; Liam had motive to kill him — he hated Vinny! Liam protests, but Bill won’t allow him go to prison or lose his entire future over this. He intones, “No one will ever know what happened.”

More: Does Wyatt have *another* long lost half-brother?

In the cabin, Brooke tells Hope that she and Liam are meant to be together. Hope warns her not to get ahead of herself; they’re not back together yet. Brooke sees the light at the end of the tunnel and enthuses about her daughter moving into another chapter. Brooke believes the kiss is something to build on. Hope’s concerned about being able to look herself in the mirror but she has hope as well. They go over Liam’s indiscretion. Hope points out Steffy could have been pregnant with her husband’s child, while Brooke chides that it was just a mistake.

Brooke urges her daughter to make the kiss the first step toward a future together. Just then, Hope gets a text from Thomas letting her know Vinny’s out on bail. Brooke clucks that one way or another Vinny will have to pay for what he’s done. Hope doesn’t want to discuss Vinny and promises to stay positive about Liam. Brooke’s convinced they’ll have their happily ever after. 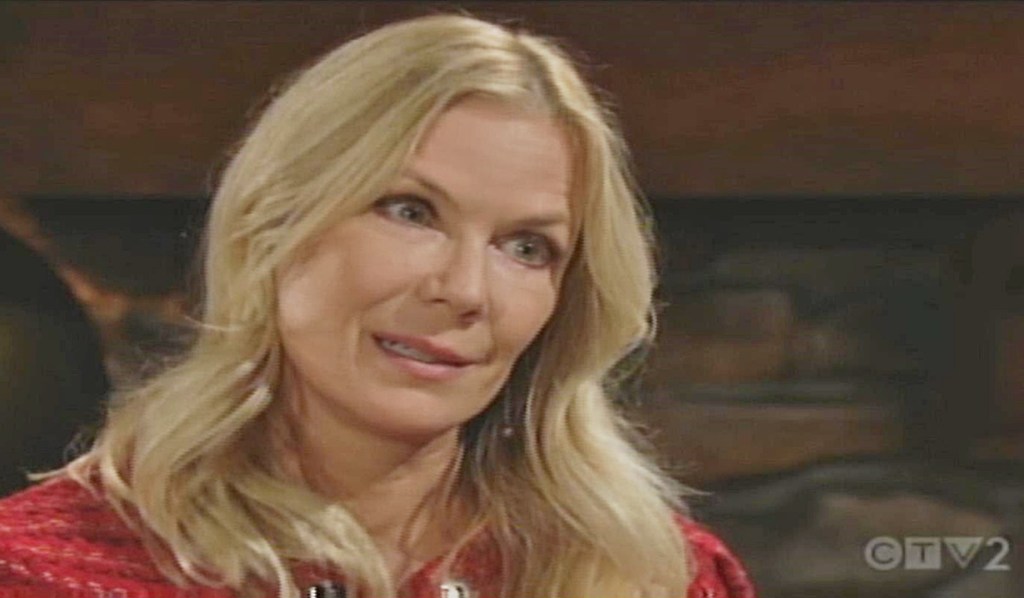 More: New teasers for When Calls the Heart

In the Forrester design office, Zoe’s feeling a little guilty about spiking Paris’ drink with tummy tonic. Quinn snarks that it’s harmless but chuckles that Zende is going to get an earful. Zoe admits it’s nice to have a friend who isn’t going to judge her. She smiles about the smoothie putting a damper on her sister’s evening with Zende. Quinn feels Paris elbowed in on Zoe’s life and urges her to stop feeling guilty. Zoe thinks maybe Quinn’s right and Paris needs a reminder she’s not so perfect after all. She tells Quinn that she asked her sister to leave but instead she decided to zero in and set up her office right there next to Zende. Maybe it’s okay that she gets a little payback.

At the Forrester mansion, Zende waxes eloquent about Paris being named after the city of love just as she begins to notice something is amiss. Her stomach makes a noise and she muses she must be hungrier than she thought. Zende goes on about the menu he has planned and decides to take some selfies of them. Paris’ tummy roars and squelches, much to her chagrin. As the noises continue, Zende asks if she’s alright. Paris has no idea what’s happening. Zende pastes on a grin; “We’ll just ignore it. Come on, let’s dig in.” As the evening continues, Paris becomes increasingly mortified. Zende tells her not to be worried about it. Her stomach roils. Zende adds, “On second thought…” Paris, distraught, apologizes to Zende but she has to leave. He watches as she flees out the door. 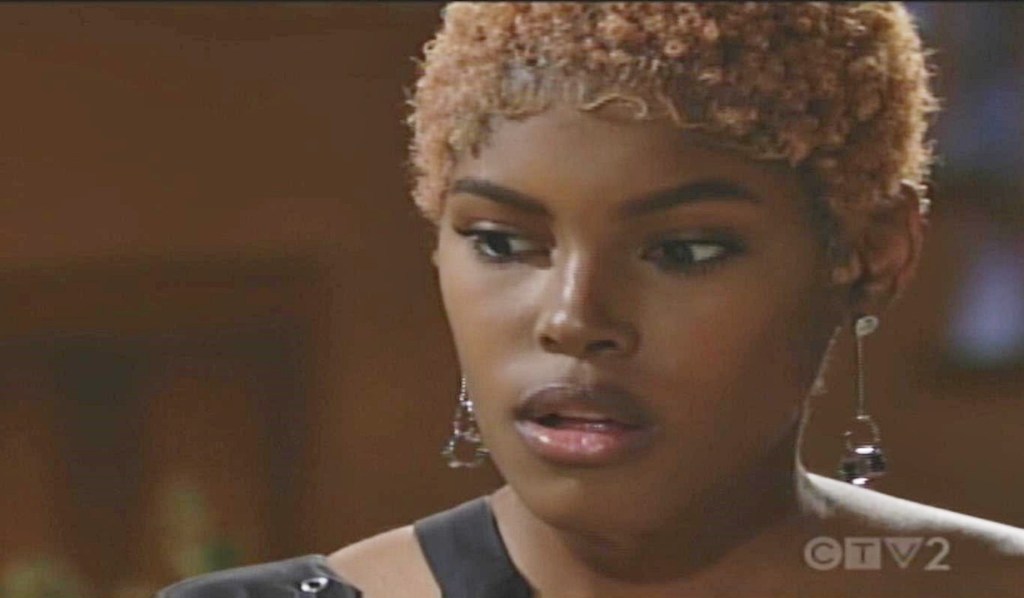 Next on The Bold and the Beautiful: Hope has second thoughts about her separation.

Check out Bold & Beautiful comings and goings in the gallery below. Get your free daily soap-opera fix for The Bold and the Beautiful — and all of the other daytime dramas — delivered straight to your email inbox by signing up for Soaps.com’s newsletter.

Liam and Bill Engage In a Screaming...