Friday, April 2, 2021: Today on The Bold and the Beautiful, Bill pays Brooke a visit, Paris shares news with her sister, and Liam and Hope share a kiss. 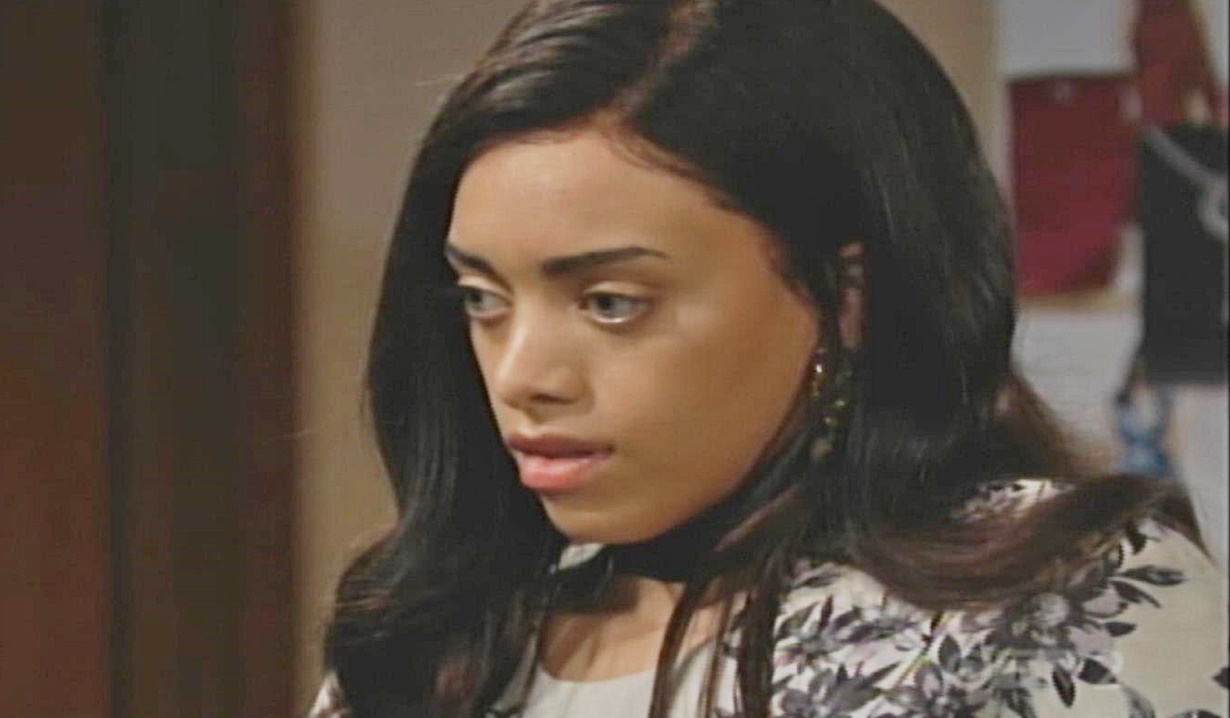 At the cabin, Hope asks Brooke to check on Beth as she folds laundry. She relays that Douglas is out with Thomas. Brooke notes how much responsibility she has without Liam to help. Hope counters that he’s still helping he’s just not living there right now. Brooke fishes to find out if that might change soon. Hope pauses to smell one of the flowers Liam sent and talks about how sweet he’s been. Still, she can’t pretend he didn’t wind up with Steffy and tell her he loved her. Brooke counsels that she needs to move past the pain and find forgiveness. 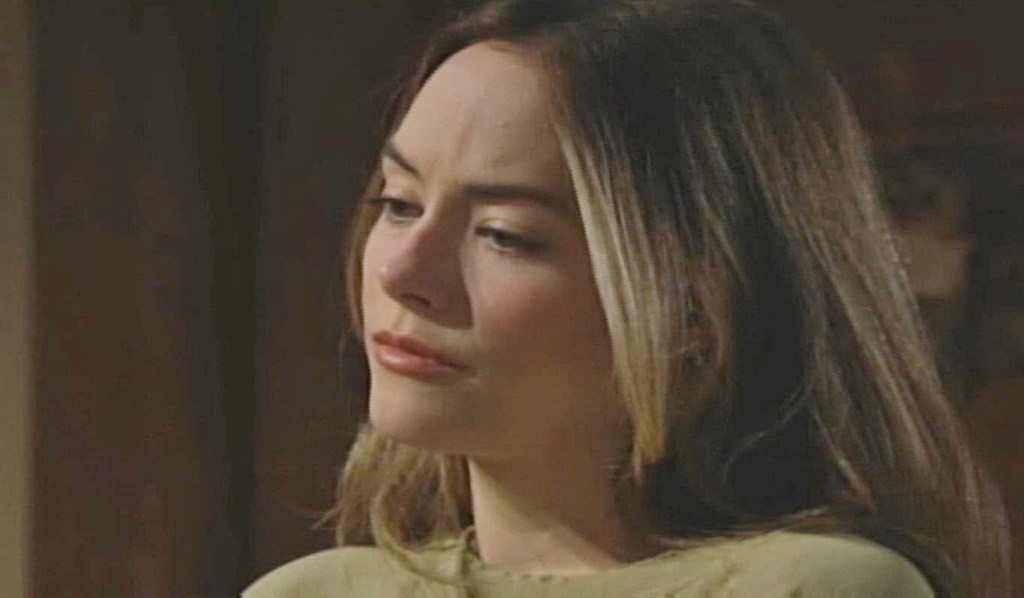 At Spencer Publications, Liam tells Bill he’s been sending Hope gifts to try and show her how much he loves her. Bill advises that he needs to go above and beyond. He urges Liam to head over to the cabin now; family is more important than business. Liam raises his brows, but appreciates his father’s support.

In Forrester’s design office, Zoe notices Paris is wearing a new dress. Paris reveals Zende is taking her out on a special date night. She asks her sister, “You’re not jealous are you?” Zoe sarcastically wonders why she’d be jealous when everything is going so well for Paris and she’s still on the outs with Carter. Paris is sorry, but she has no one to blame but herself. 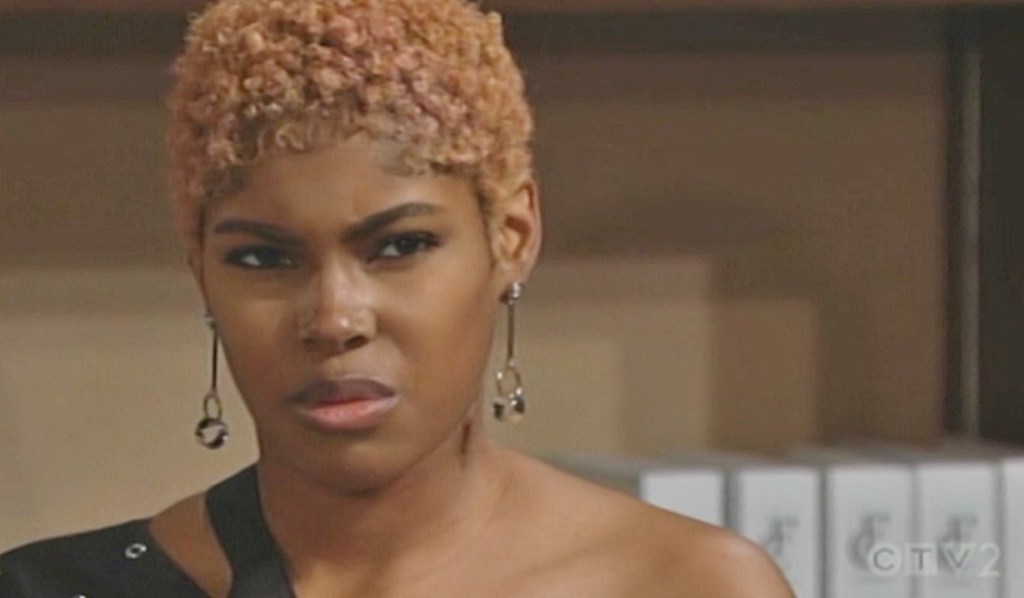 Quinn walks in and notices the tension between them. Paris gets called away and exits. Quinn asks Zoe to open up about what’s going on. She knows about her ill-fated attraction to Zende and Carter ending the engagement. Zoe confides how unfair it all is. She knows she should be wishing her sister and Zende the best. Quinn smirks, “I’m sorry, did I say that?” Zoe looks astonished and Quinn tells her not to look so surprised, they both know what it’s like to screw up and pay the price. Zoe talks about Zende and admits she played with fire and got burned. Quinn relays that Zende is having Paris over to the mansion tonight; Eric asked her to skedaddle. After a laugh about Eric’s tummy herbs and the noises his stomach makes after drinking them, Quinn asks Zoe what she’s going to do about her sister — she can tell she wants to get even. 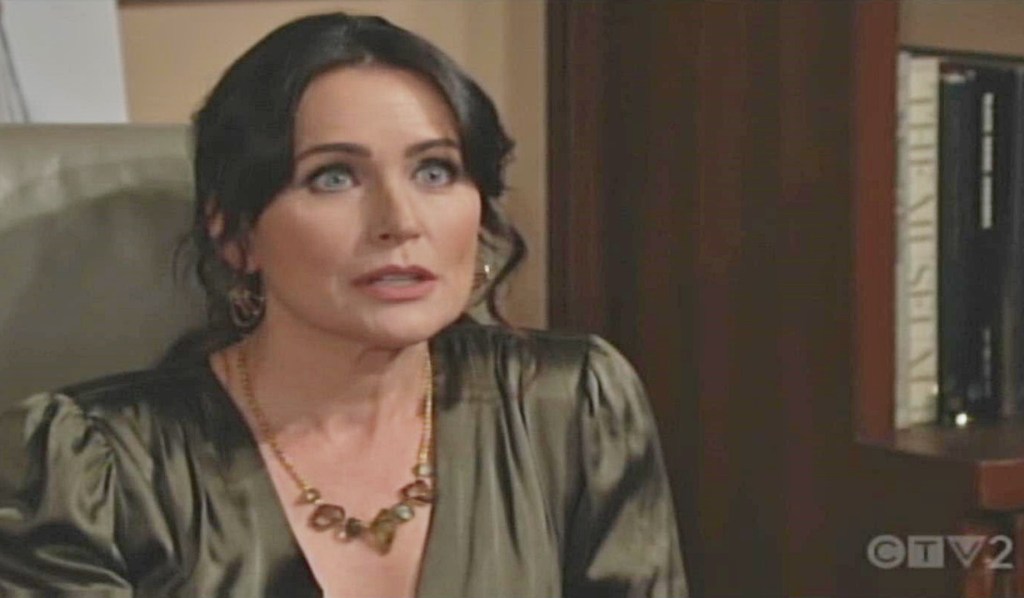 Zoe isn’t sure what she could do to stop things from escalating on her night with Zende. Quinn looks pointedly at Eric’s stomach herbs and makes an excuse to step out. Zoe doses the drink Paris left on the desk with the tonic. Paris returns and sucks back the drink as Zoe sweetly observes, “You don’t want to keep Zende waiting!”

Bill arrives at Brooke’s place and says he came to talk about their kids. He complains that Liam’s miserable. Brooke assures him she wants Liam and Hope to reunite. She feels it will all come down to how much Hope can forgive. 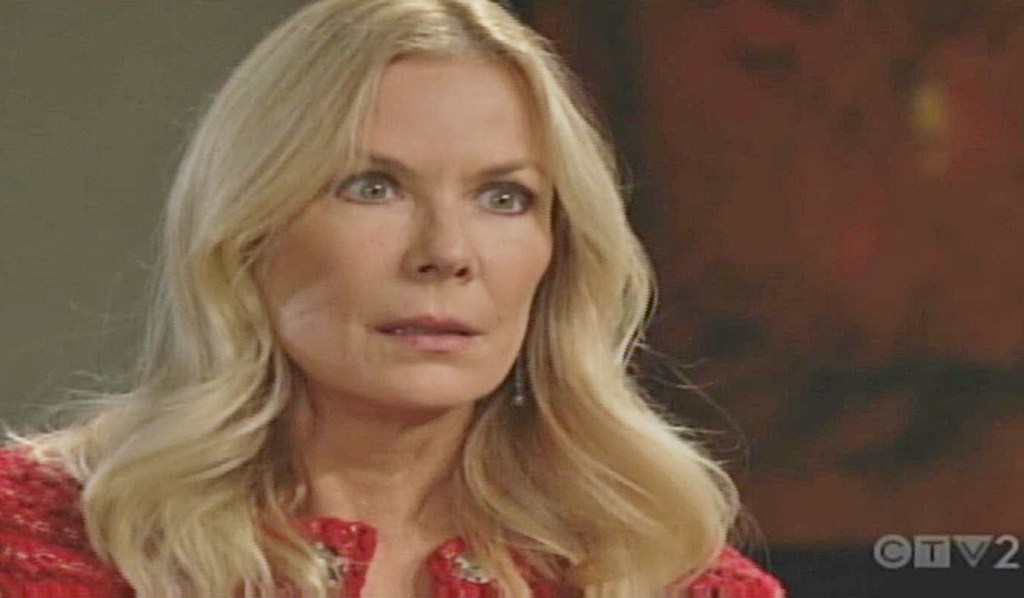 More: Is the show really going to kill off [spoiler]?

Liam arrives at the cabin and jokes with Hope about going overboard; he just wants her to know not a day goes by where he’s not thinking of her or missing her. She misses him too. Liam wants to be the man she needs him to be… nothing in his life makes sense without her in it. Hope listens to Liam say goodnight to Beth in the baby monitor. He rejoins her and she says he’s a wonderful father. He wishes he could be on all the time. Liam gets emotional as he lists off all the things he misses; most especially touching her and kissing her. They share a liplock. Liam’s thrilled but Hope is more uncertain. He tells her, “I love you.” 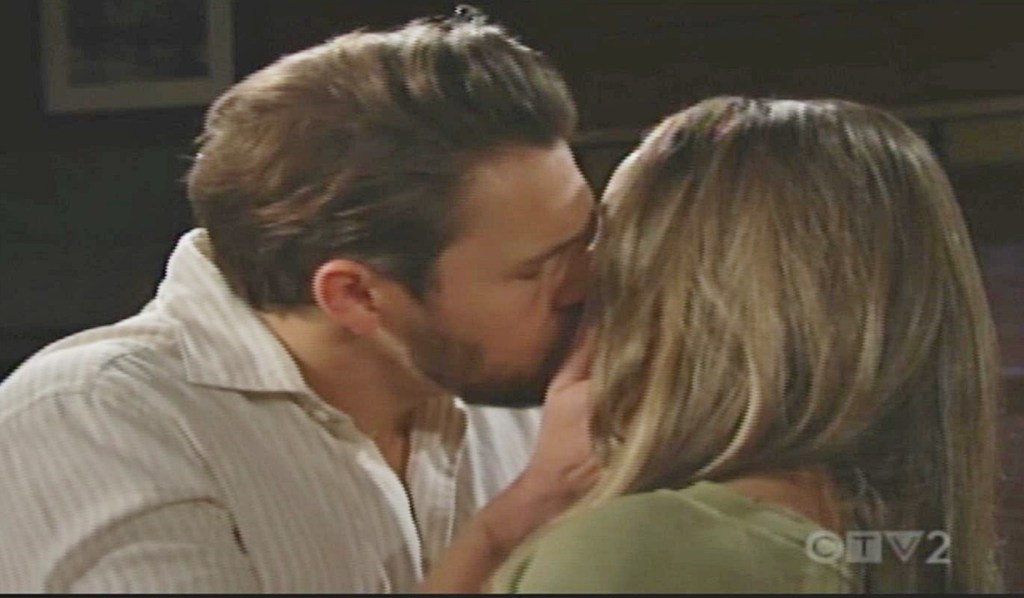 Next on The Bold and the Beautiful: The end to a visit between friends becomes a nightmare when someone dies.

Check out the adorable photos of soap stars and their real-life kids in the gallery below. Get your free daily soap-opera fix for The Bold and the Beautiful — and all of the other daytime dramas — delivered straight to your email inbox by signing up for Soaps.com’s newsletter.

Brooke Raises the Alarm With Liam...