Wednesday, March 31, 2021: Today on The Bold and the Beautiful, Bill gives Liam advice, Hope opens up to Paris, and Ridge discusses a tense situation with Hope. 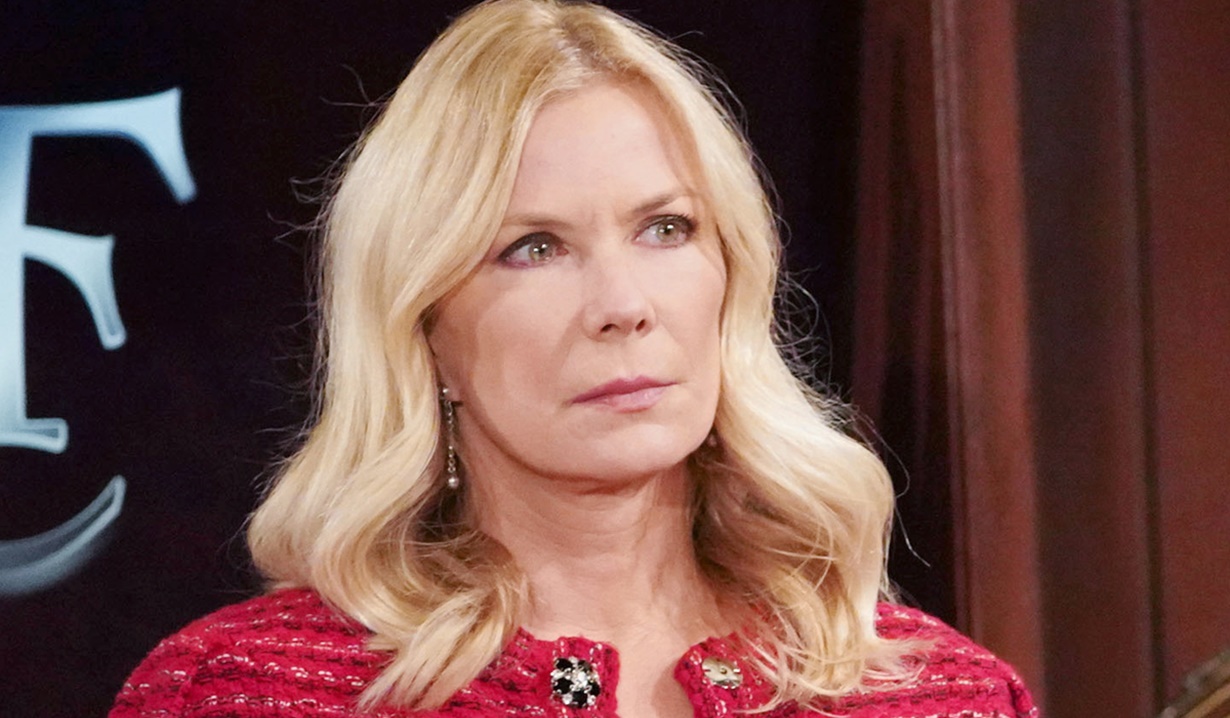 At Forrester Creations, Thomas eavesdrops as Ridge growls at Brooke, “I thought you were going to give my son a chance.” Brooke has no problem with him working there but it can’t go any further. She doesn’t believe he’s over his obsession and doesn’t want him moving in on Hope now that she and Liam are separated. Ridge can’t believe they’re doing this again! He just wants Brooke to cut his son a little slack. Brooke can’t let down her guard where Hope’s concerned. Thomas enters and relays that he heard their conversation. He understands why Brooke is protective of Hope and wary of him. Ridge protests that Thomas doesn’t have to defend himself again. He gets called away and warns Brooke to play nice as he exits.

Once alone with Thomas, Brooke muses, “Your father doesn’t understand where I’m coming from.” Thomas insists this time is different; being in the hospital scared him and changed his perspective. He wants to repair his relationship with Brooke and hopes he’ll one day regain her trust. “Can we try to move forward as a family?” Brooke realizes he and Hope work together and co-parent Douglas but it won’t go further than that. She states, “Hope is not an option for you.” She appreciates how he’s stepped up to be a better father to Douglas. Thomas compliments what a great mother Hope has been to the boy. Brooke, irritated, asks why he always brings the conversation back to Hope… it gets her suspicions up. She informs him that Hope’s future is with Liam. Thomas argues that he’s not so sure; he’s hurt her too many times. Brooke gasps — she can see it in his eyes; he’s still obsessed with Hope. She narrows her eyes and levels, “I am warning you, Thomas. You will never be with my daughter!” 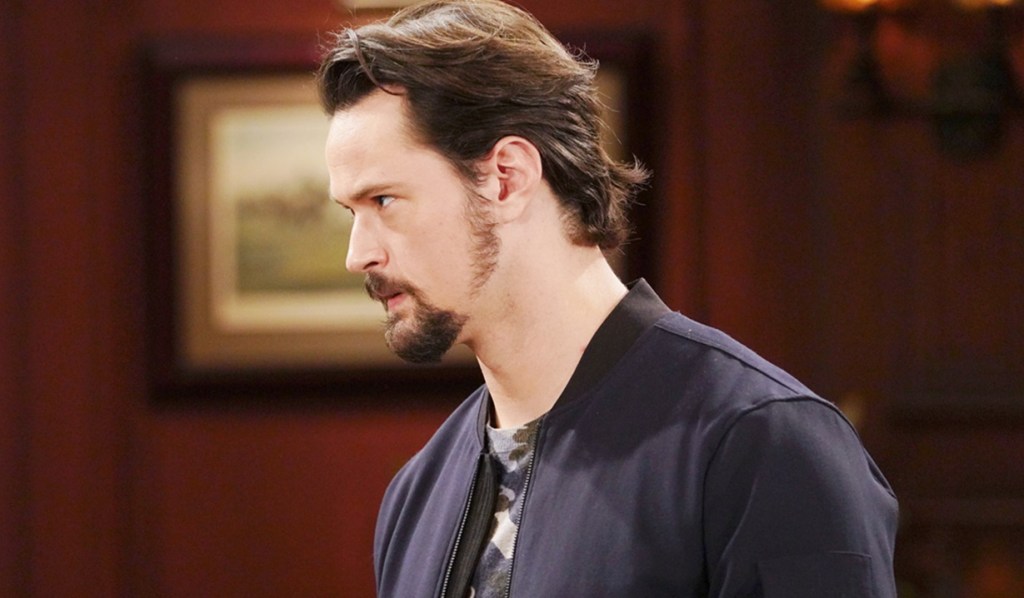 In the design office, Paris tells Hope she’s there if she ever needs to talk. Hope appreciates that; the separation from Liam hasn’t been easy. Paris wishes there was something she could do. If she could magically make her heartache disappear, she would. Hope opens up about her fears about protecting the kids. She just wants what’s best for her children. Paris learns Liam’s still checking in. Paris is sure Thomas is there for her too. Hope pauses, and then relays that she and Thomas have a complicated past, but he’s been amazing on her line and with co-parenting Douglas. 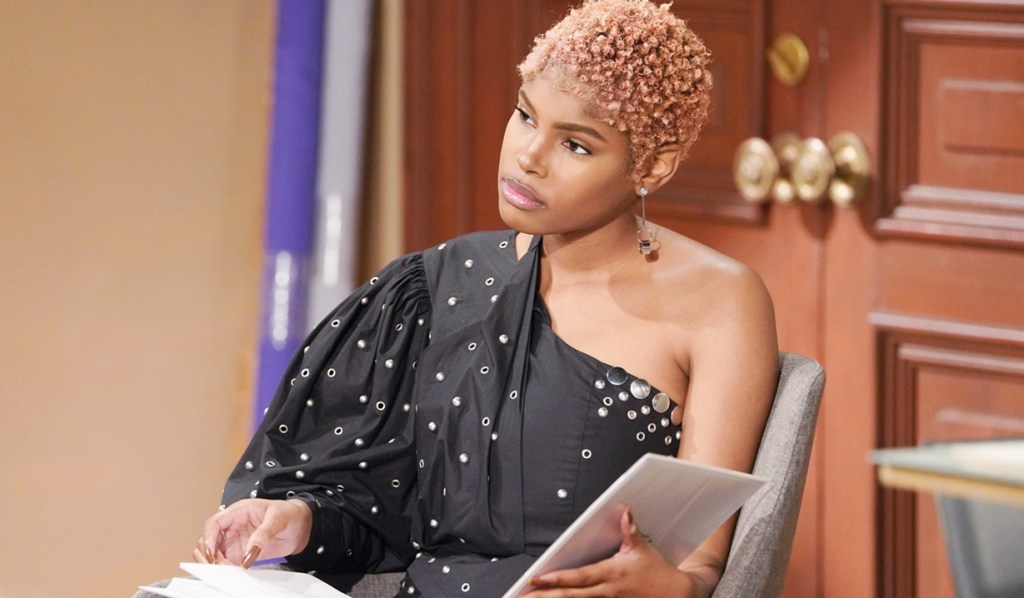 Ridge enters, having heard his son’s name. He reflects that Thomas is more talented that he was at his age. He adds that more than anything, Thomas wants Hope to be happy. Paris exits and Ridge tells Hope that Thomas is better. He still loves her, but only wants what’s best for her. Ridge needs her to believe that… and needs her mother to believe it too.

More: Will Steffy and Finn have pre-wedding drama?

At Spencer Publications, Bill needles Wyatt about Flo accepting his marriage proposal — she must not have had time to think it through. Just as Wyatt’s about to snap, Bill tells him to relax; he’s just busting his chops and is happy for him. Liam pipes up that he too wishes him a lifetime of happiness. Talk turns to Liam’s situation and he thanks Bill for letting him crash at his place. He’s sure he and Hope will make their way back to each other. Bill asks if Wyatt will have a big wedding and says he’ll be happy to be his best man — he doesn’t even have to ask. Wyatt wasn’t going to. They decide to have a boys’ night at Bill’s before Wyatt ties the knot. Bill teases Liam about having to put up with him at the house and hopes to convince Katie and Will to move back in eventually. 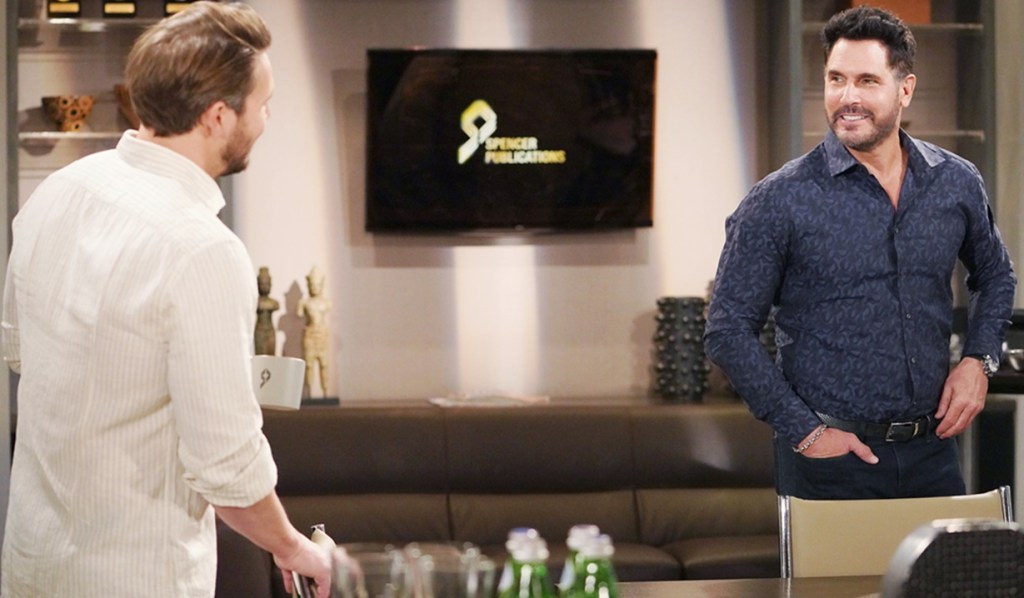 Bill suggests Liam make a grand gesture to Hope… like having Ed Sheeran parachute in. Liam laughs; he’s not sure that would make her forget he slept with Steffy. She has every right to be upset. Wyatt chirps that no one’s debating that. Bill urges Liam not to give up and to fight to get Hope back. He insists Liam woo her, court her, and pull out all the stops. Liam reports he’s pulling his weight with the kids and is trying to give her space. He’s certain that they’ll end up stronger than ever before. “I’m not giving up on Hope.” Once alone, Liam looks at a photo of Hope and the kids and flashes through highlights of their love story.

Next on The Bold and the Beautiful: Hope is stunned by Flo’s shocking request.

Relive memories from Hope and Liam’s love story in the gallery below. Get your free daily soap-opera fix for The Bold and the Beautiful — and all of the other daytime dramas — delivered straight to your email inbox by signing up for Soaps.com’s newsletter. 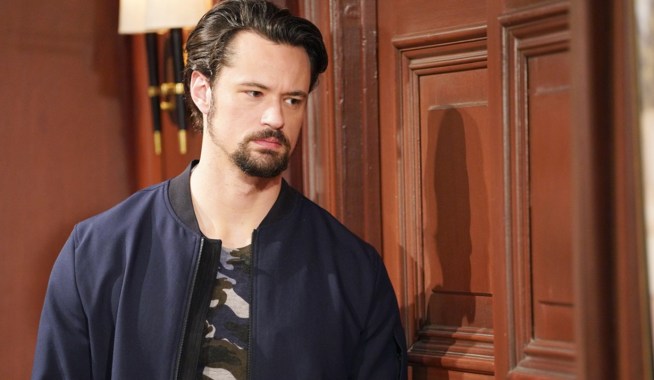 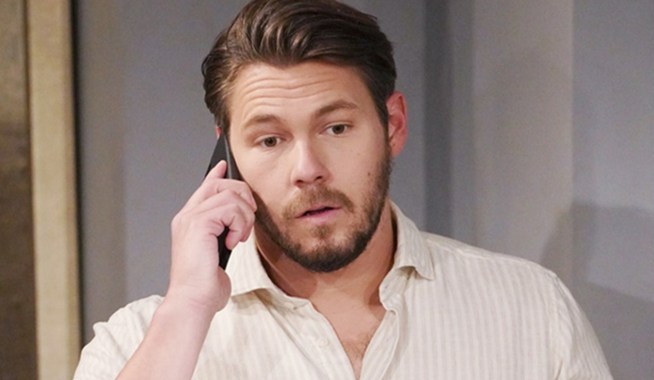