Thursday, March 18, 2021: Today on The Bold and the Beautiful, Steffy makes a significant gesture to Finn, Brooke questions Thomas, and Liam and Hope have it out. 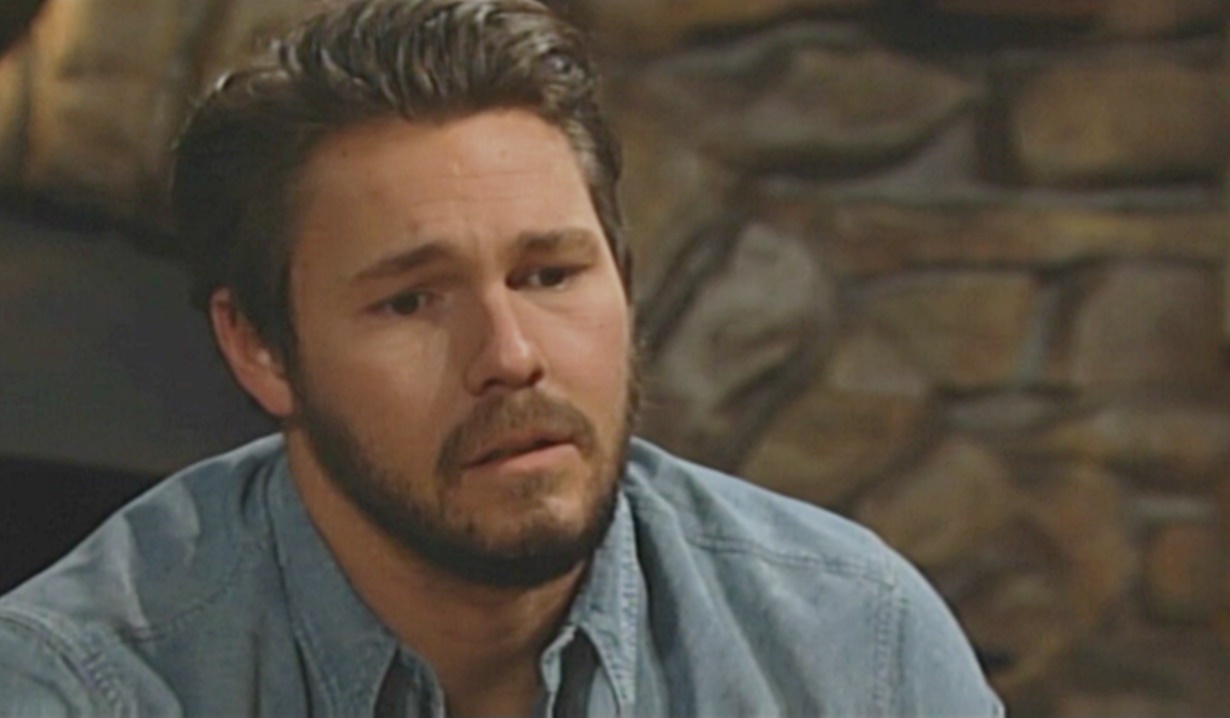 At Steffy’s place, she updates Finn that she’s spoken to Liam, who’s happy for them. They enthuse about telling Kelly they’re going to be a family. Steffy says there’s one more thing to do to make it complete. Finn’s puzzled. Steffy walks over to the portrait of her and Liam and removes it from the wall. They beam at each other. They fill the empty spot on the wall with photos of the two of them and then enthuse about Finn moving in and sharing their exciting news with Kelly. 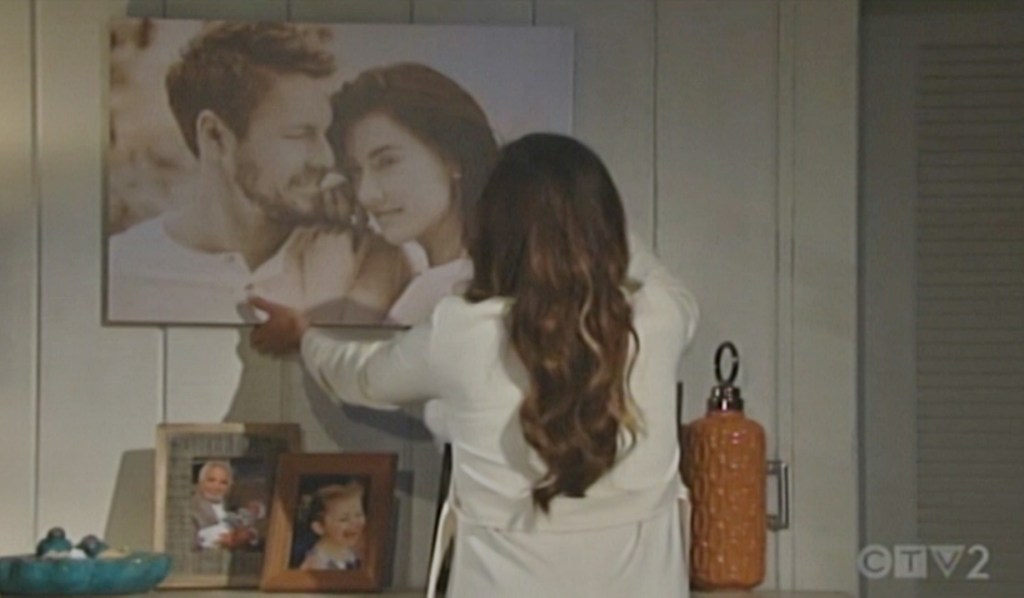 Later, Steffy’s daughter joins them and they fill her in. They explain that her daddy will always be part of her family, but now Finn will be part of it too. Kelly loves the ring. Finn promises to be a really good stepdad. Kelly’s happy they’re getting married. 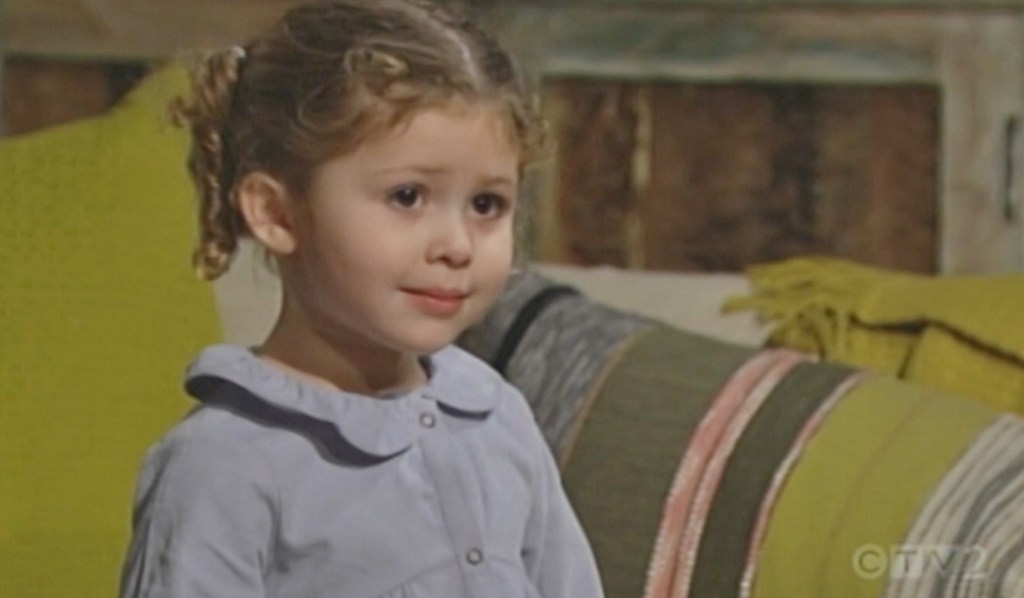 Once alone, Steffy goes over how difficult it was being a single mom and wondering if there was a man out there for her. In walked a handsome doctor, and now they’re having a baby together. Finn recalls how he fell in love with her and then Kelly rejoins them. Steffy tells he she’s having a baby and the baby’s father will be Finn. Kelly chirps her excitement and they all grin. 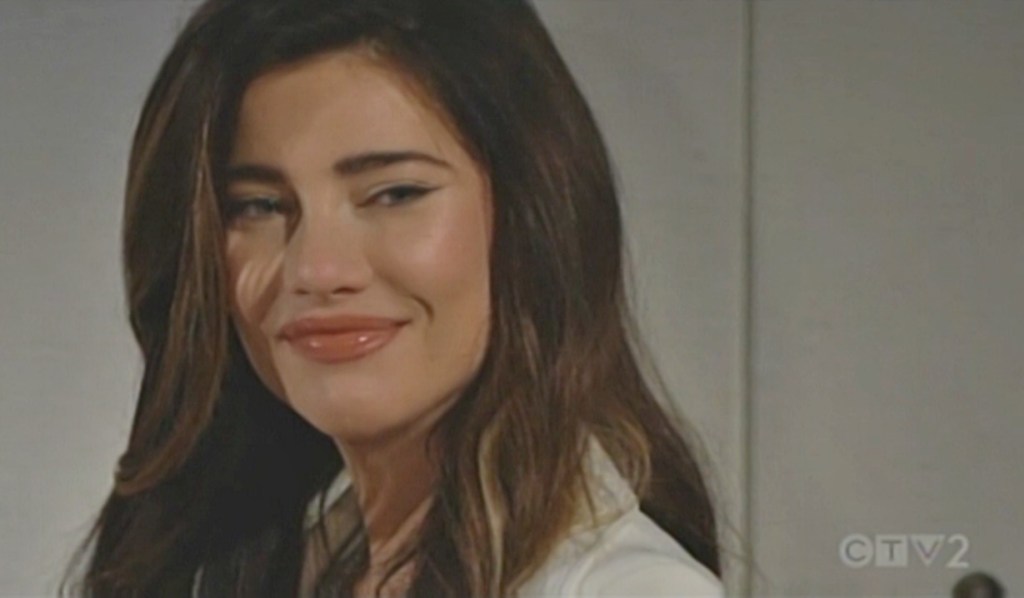 More: Should a CBS soap fill *this* slot?

In the cabin, Liam reports to Hope that Steffy and Finn are ecstatic. He hopes they can get back to their family now. Hope reminds him that even though Steffy’s not having his baby there is still the issue of what he did to contend with. They go over Liam thinking he saw her kissing Thomas and his caveman instincts taking over. Liam’s still unconvinced that Thomas didn’t play a role in Vinny’s scheme. Hope gets angry and defends him; if Thomas had wanted to drive them apart he wouldn’t have told her the truth! They argue over Thomas’ loyalty to her. Liam’s condescending about her inability to see Thomas clearly.

More: Does B&B have another paternity twist in store?

Switching gears back to their future, Liam insists things can be good again. Hope, distressed, questions her husband being in love with another woman. She needs to ask him one last question about his night with Steffy. Did he tell her he still loved her? Did he say those words? Liam admits he said something like that. Hope fumes; that is completely inappropriate! She loves him and he’s a good man, but he is also selfish! 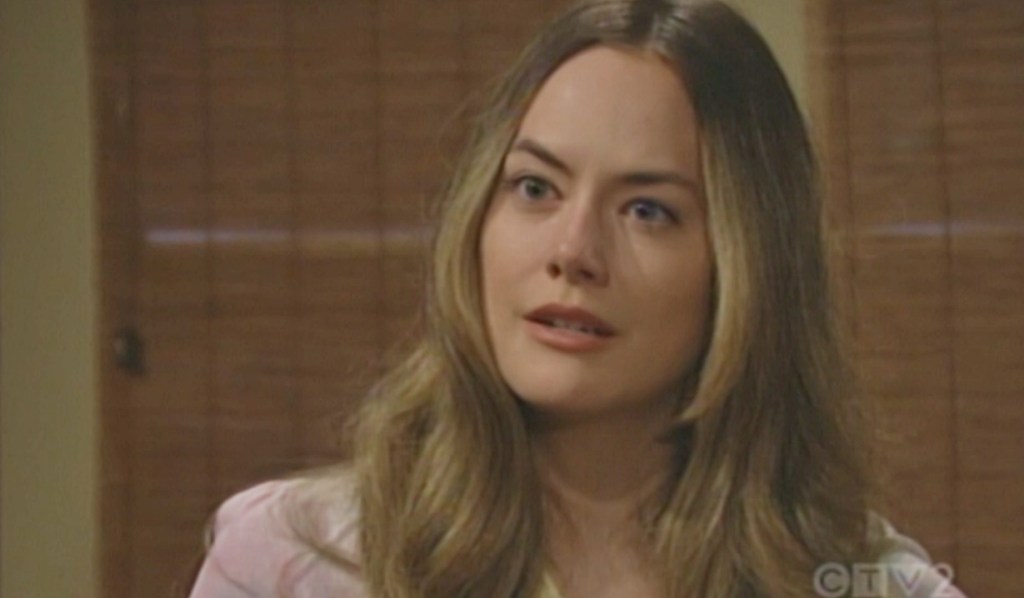 Liam just wants to focus on their marriage and their beautiful family. Hope will never forget getting Beth back; she had so much hope for their future — but look at them now. He slept with Steffy and told her he loved her! Hope needs more time to consider everything. Liam asks, “Is this about Thomas? Don’t confuse loyalty with obsession.” He then suggests maybe one of the reasons he was vulnerable to Steffy was because she kept pulling Thomas in. Liam grows intense; he wants to be there in his home with her and shouts at Hope, “It’s always been you!”

At Forrester Creations, Ridge disconnects from Lt. Baker and advises Brooke that Vinny’s been apprehended. She wonders if Thomas had a hand in what he did. Thomas enters just then. He understands her questioning it, but informs her if he had known what Vinny was planning he’d have stopped him. He hopes the news will help Hope find peace with Liam if that’s something she can do. Brooke queries, “If? You think there’s somebody better out there for her? You perhaps?” Thomas sighs. It’s no secret he loves Hope and wants what’s best for her. Brooke assumes he believes that’s him. Ridge feels she’s trying to provoke him but she denies it. She just wants to know if Thomas feels Hope is the only woman for him. Thomas reiterates that he wants to co-parent Douglas with Hope and just wants her to be happy. 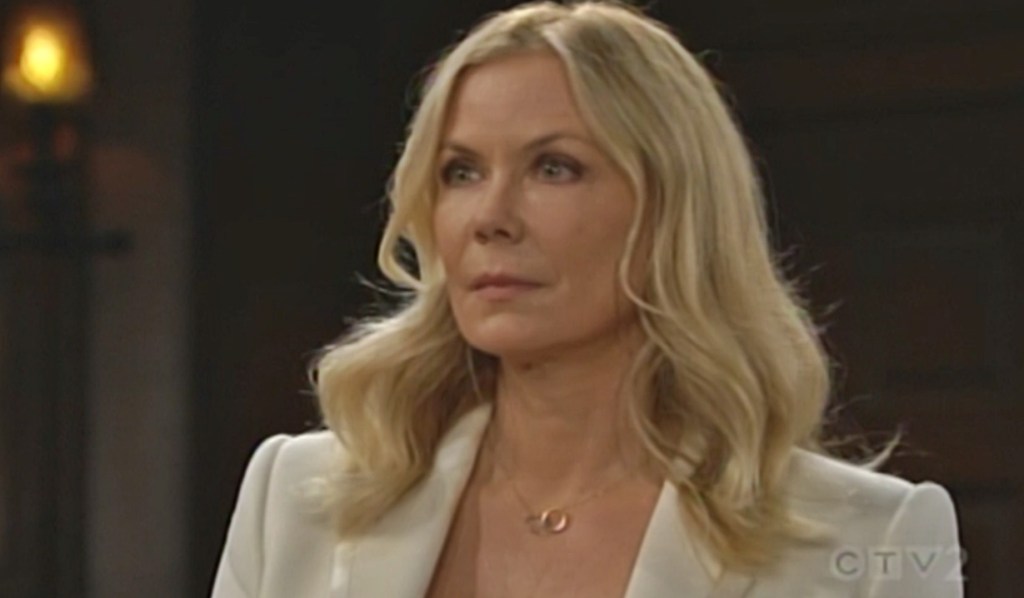 In the design office alone, Thomas flashes to Hope.

Next on The Bold and the Beautiful: The soap is pre-empted for CBS Sports coverage.

Check out these photos of quirky recurring themes in soaps, including Bold & Beautiful’s notorious portraits. Get your free daily soap-opera fix for The Bold and the Beautiful — and all of the other daytime dramas — delivered straight to your email inbox by signing up for Soaps.com’s newsletter.

Thomas Stuns Brooke With His...

Hope Summons Liam to the Cabin for...