Tuesday, March 16, 2021: Today on The Bold and the Beautiful, Liam's skeptical of Hope's claim, Steffy gets the whole story, and Thomas stuns Ridge and Brooke. 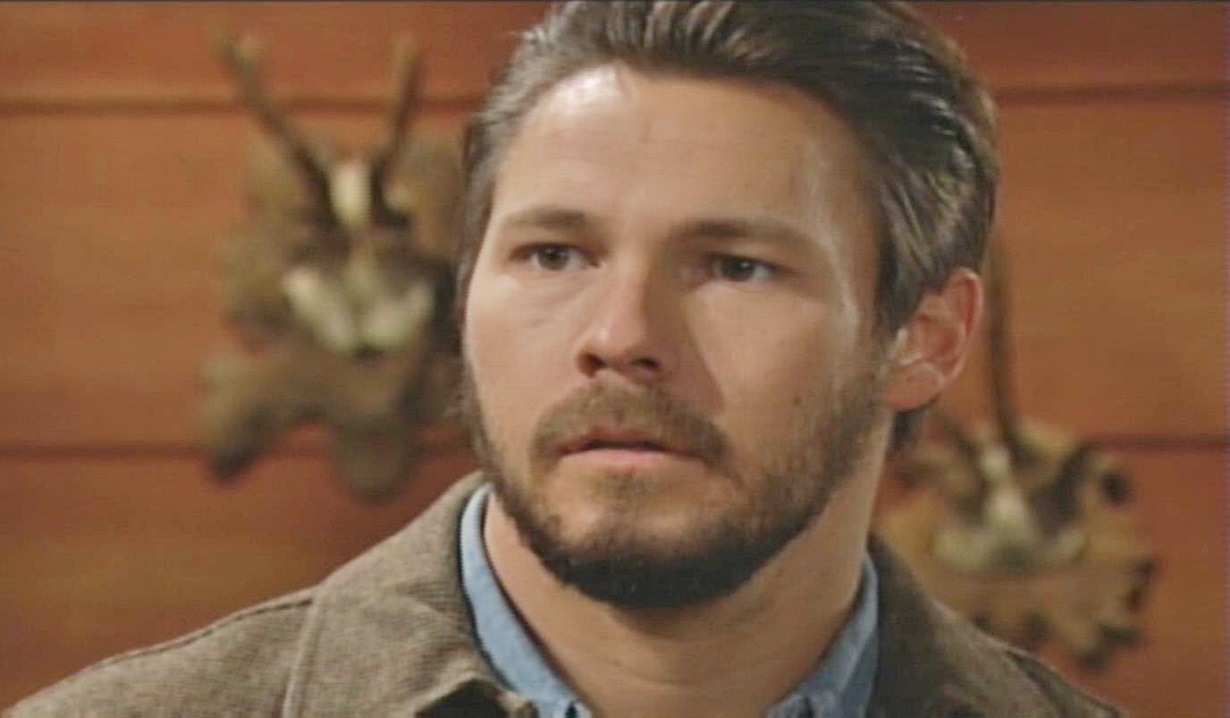 Outside Steffy’s house in Malibu, she just can’t believe she and Finn are getting married and having a baby… their baby. Finn embraces her.

They move inside the house where Steffy still can’t get over their change of fortunes. She gushes that Finn’s going to be a father and wants to know everything about what happened. Finn explains that Vinny figured if Liam was the father it would cause a rift in his marriage. Steffy’s bewildered. Finn enlightens her that Vinny thought he was paving the way for Hope and Thomas to be together. Talk turns back to the baby and Finn says he was born for this. It’s been a long road to get there, but they’re a family now. Steffy asks about Thomas, and Finn explains that he wasn’t aware of what was going on — in fact, he exposed Vinny. He’s a hero. Steffy worries he’s just saying that to protect her, but Finn reiterates that they owe him a huge debt of gratitude. “We are beyond blessed.” 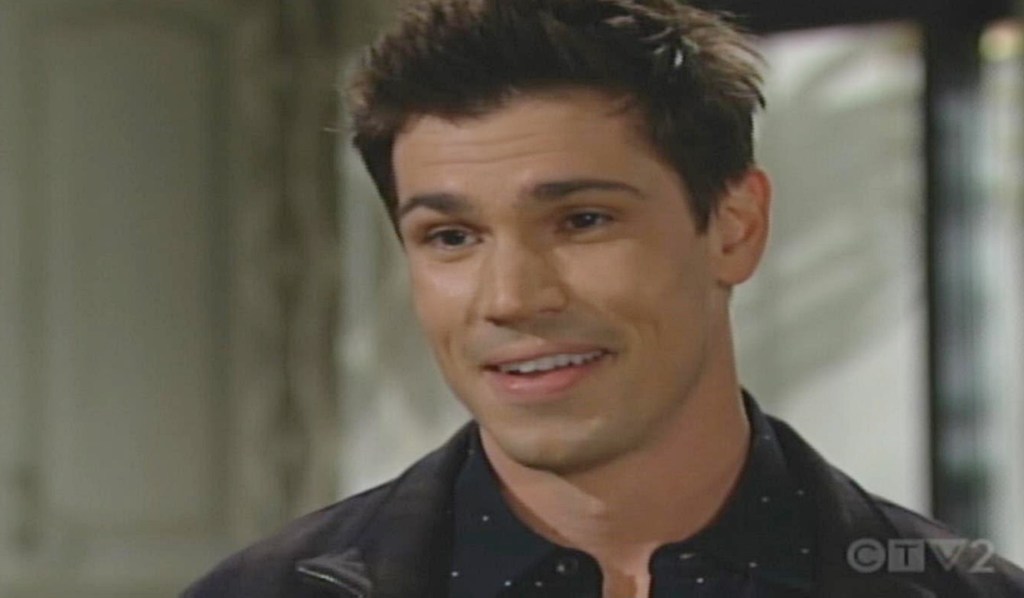 More: Will everything turn around for Thomas?

Steffy marvels that she thought this day would be full of tears. She recaps that every instinct in her body told her the baby was his and now they can finally be together and have the life they always wanted. Finn feels he won the lottery and teases there’s going to be a lot of him and a lot of dingy grey scrubs. Steffy loves them; he was wearing them when she first met him. She’s so lucky to have him. Finn loves her so much and he loves that little baby. He can’t wait for the three of them to begin their life together. Steffy and Finn share a kiss.

More: From house calls to happiness: Steffy and Finn

In the cabin, Liam scoffs — is Thomas about to reveal he’s a changed man again. Hope explains it has to do with him and Thomas says it will change his life forever. Liam still doesn’t trust Steffy’s brother, so Thomas decides to go. Hope thanks him. Once alone, Hope relays to Liam that she just found out incredible news. She hedges, “It’s something we all wanted.” Hope warns it may not be easy for him to hear; it will be a shock. Liam can handle anything after all they’ve been through. Hope hesitates then explains it’s about Steffy’s pregnancy. She backtracks to warn that it won’t solve all of their problems and a lot of people will be thrilled, but Liam might have a sense of loss. 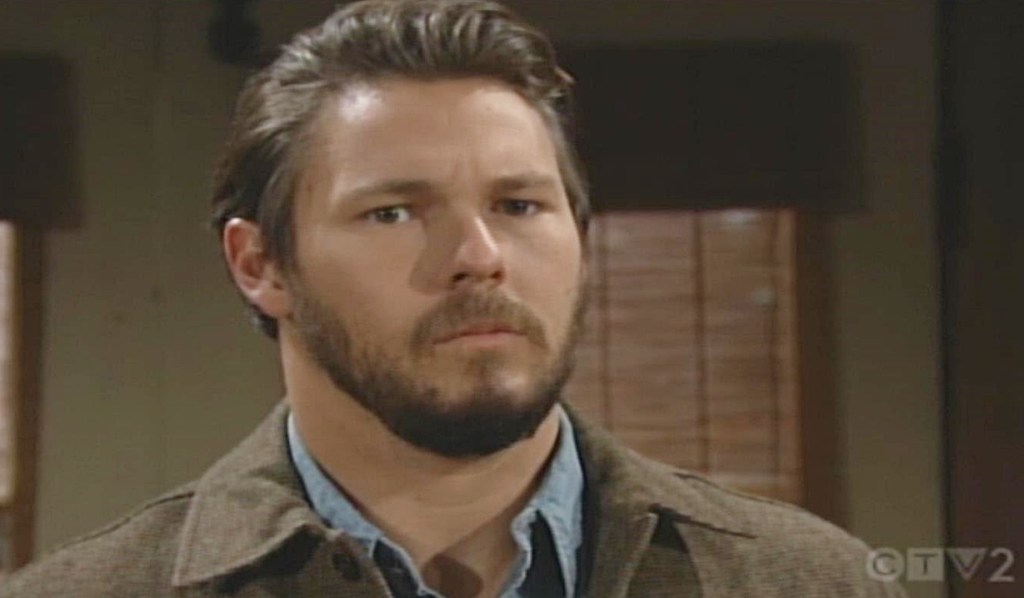 Hope finally states, “Steffy’s baby. You aren’t the father.” Liam chuckles; it’s statistically impossible for the paternity test to be wrong. Hope insists it’s true; Thomas just told her. Liam’s not buying it considering the source. Hope elaborates that Thomas discovered his friend Vinny change the results in hopes that she and Thomas would… Liam begins to flip out so she assures him that Thomas had nothing to do with it; the first thing he did when he found out was come and tell her. Liam reels as it begins to sink in that Steffy is not carrying his child and Finn is the father. 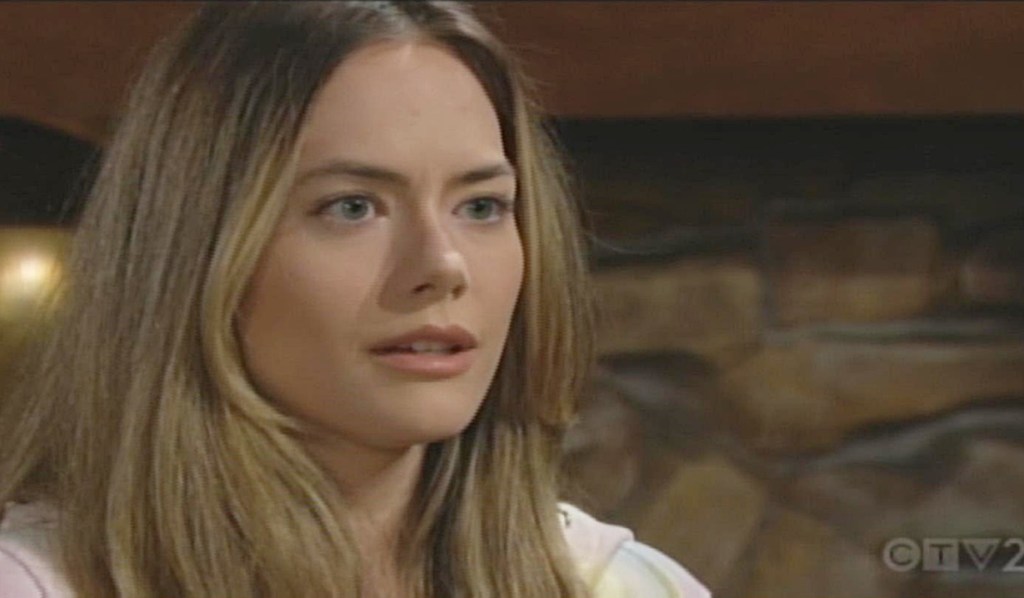 More: What needs to happen next on B&B

At Forrester Creations, Brooke and Ridge go over Finn hoping to stop Steffy from going to Paris. Ridge hopes he catches up with her and gives his side of the story. They go over Steffy deciding to leave because she’s carrying Liam’s baby and wish it had been Finn’s. Ridge tries to picture Finn convincing her to stay, but Brooke doesn’t know what he could possibly say to change her mind — leaving is her only option. Just then, Thomas barges in. Ridge notices the mark on his face. Thomas blurts that he has to talk to him, then panics when Ridge reveals Steffy’s plan to flee to Paris. Thomas warns they can’t let her go — she doesn’t know the truth about the baby. Brooke and Ridge are stunned and speechless when he exclaims, “It’s not Liam’s baby, it’s Finn’s!” 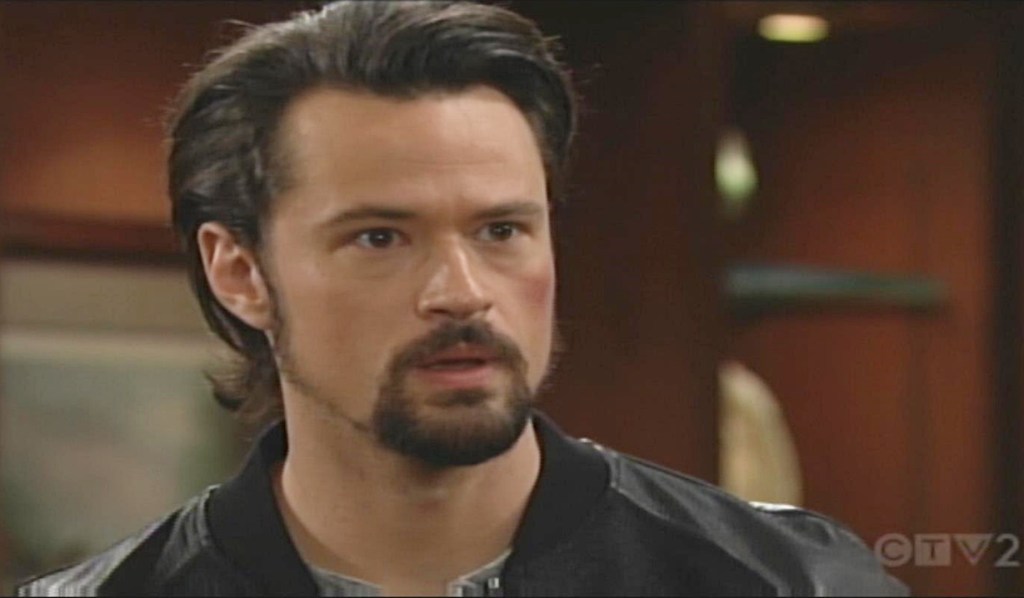 Next on The Bold and the Beautiful: Liam’s on the hot seat.

See photos of Steffy and Finn’s love story in the gallery below. Get your free daily soap-opera fix for The Bold and the Beautiful — and all of the other daytime dramas — delivered straight to your email inbox by signing up for Soaps.com’s newsletter.

Steffy Gets the Shock of Her Life...

Thomas Stuns Brooke With His...