Monday, March 15, 2021: Today on The Bold and the Beautiful, Wyatt gives Liam a pep talk, Hope expresses her gratitude, and Liam's about to learn life-changing news. 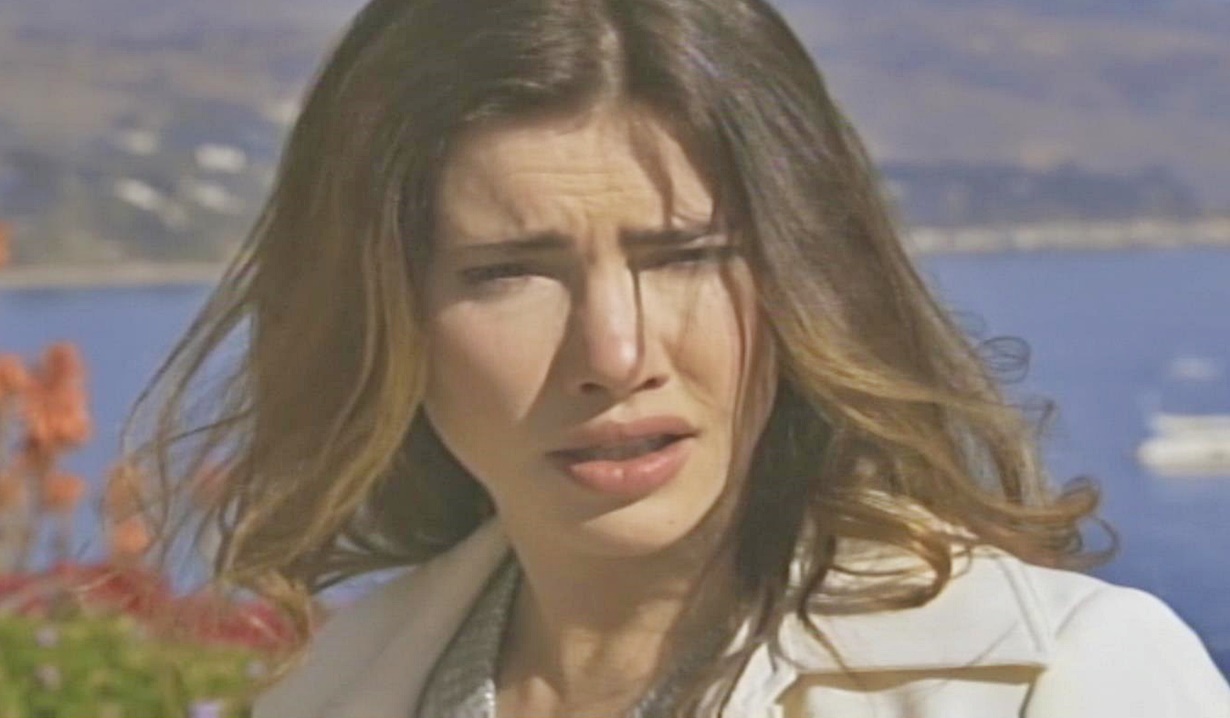 At Spencer Publications, Wyatt notices Liam’s been reading the same page for 25 minutes. Liam admits he’s thinking about Hope and all the pain he’s caused her. Wyatt learns she hasn’t dumped him yet but is really struggling right now. Liam can’t blame her — he’s having another child with Steffy! He doesn’t know what he’ll do if Hope can’t get past this. Wyatt offers to talk to Hope for him. Liam might take him up on that but not now. Wyatt reminds his brother that Hope fits into this picture — she’s his wife and will be the baby’s stepmother. Liam worries they could be over. He assures a stunned Wyatt that he’s not giving up, and he doesn’t think there’s anyone better for her than him, but he has to be better for her. 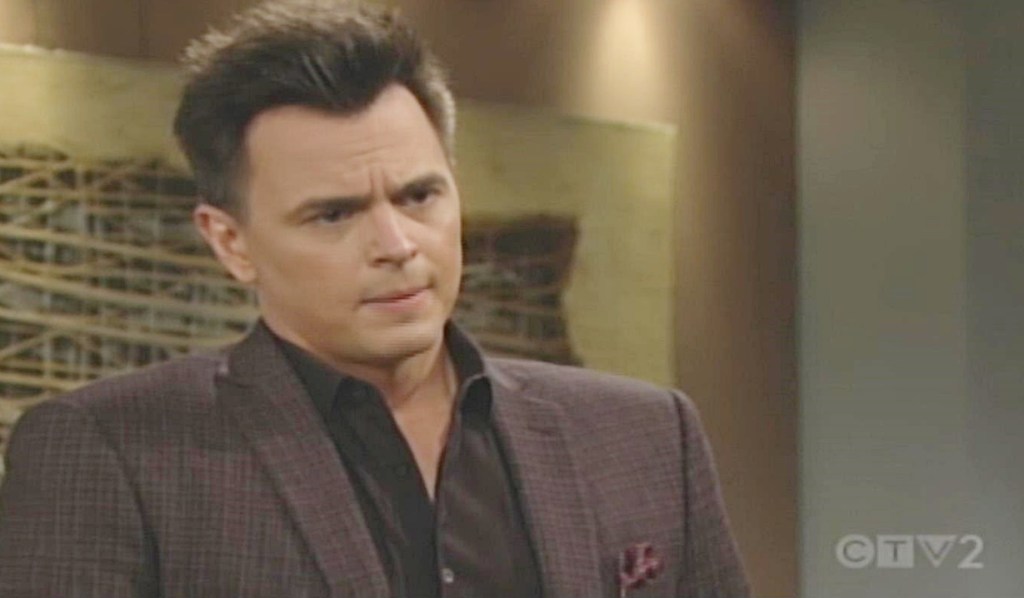 In the cabin, Hope reels as Thomas confirms that Steffy’s baby is not Liam’s, it’s Finn’s. She’s in disbelief but Thomas confirms Finn was there and heard Vinny’s confession too. Hope doesn’t know whether to laugh or cry. Thomas says Finn’s gone to give Steffy the news; he’s so happy for his sister and for all of them. Hope thanks him for rushing right over there to tell her. It’s something he may not have done in the past. Thomas just needed to see that big smile on her face. She asks why Vinny did it. Thomas admits, “He did it for me. So I could be with you.” 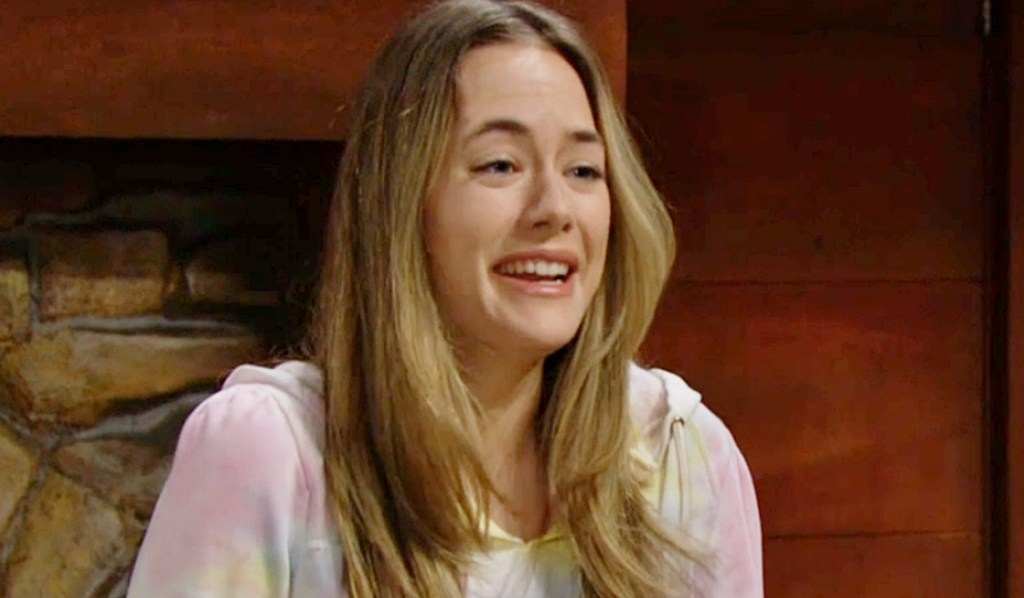 Hope learns that Vinny kept lying about, but Thomas kept questioning him because he kept dropping subtle hints. When he found out Vin was working at the lab he put two and two together. Thomas describes the confrontation at the lab and Vinny’s confession. It was all because he thought he was helping out his buddy. Hope sighs’ it’s a lot to process. Thomas is glad the truth came out. Hope expresses her thanks again — it changes a lot. Just then, Liam enters. “What’s going on?” Thomas replies, “A lot actually,” and asks Hope, “Do you want to tell him?” Liam learns that what they have to tell him will change his life forever.

On the cliff in Malibu, Steffy sputters, “Oh my God,” as Finn, down on one knee, implores her to marry him. He stands up as she insists they have to face reality and tells her, “Trust me. Our reality never looked so good.” Steffy can’t accept his proposal — she’s pregnant with another mine’s child. Finn asks, “What if that child were mine?” Steffy would accept in a heartbeat. She turns and runs as Finn shouts, “Wait, Steffy, it’s ours! The child is ours!” Steffy stops and turns to look back at him. Finn beams, “You’re carrying our baby.” 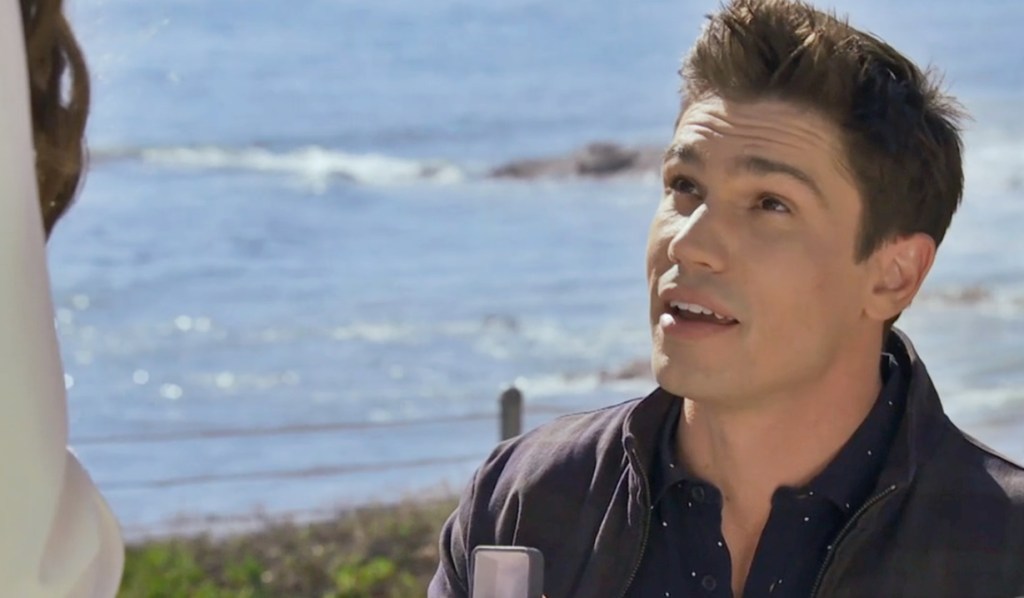 He rushes up to her and explain that Thomas’ friend Vinny works in the lab; he messed with the results. Steffy gasps, “Is this true? This child is yours?” Finn confirms it. Steffy leaps into his arms. “Oh thank God!” Finn spins her around and they express their love. Steffy marvels that she was right about him being the father. Finn gets down on one knee and proposes again. This time, Steffy gleefully and tearfully says, “Yes. Yes, I’ll be your wife.” Finn puts the ring on her finger and they kiss.

Next on The Bold and the Beautiful: Hope shares life-changing information with Liam.

See photos of Steffy Forrester through the years in the gallery below. Get your free daily soap-opera fix for The Bold and the Beautiful — and all of the other daytime dramas — delivered straight to your email inbox by signing up for Soaps.com’s newsletter.