Friday, March 12, 2021: Today on The Bold and the Beautiful, Brooke shares her fears about Hope's marriage with Ridge, and Hope is floored by Thomas' unexpected news. 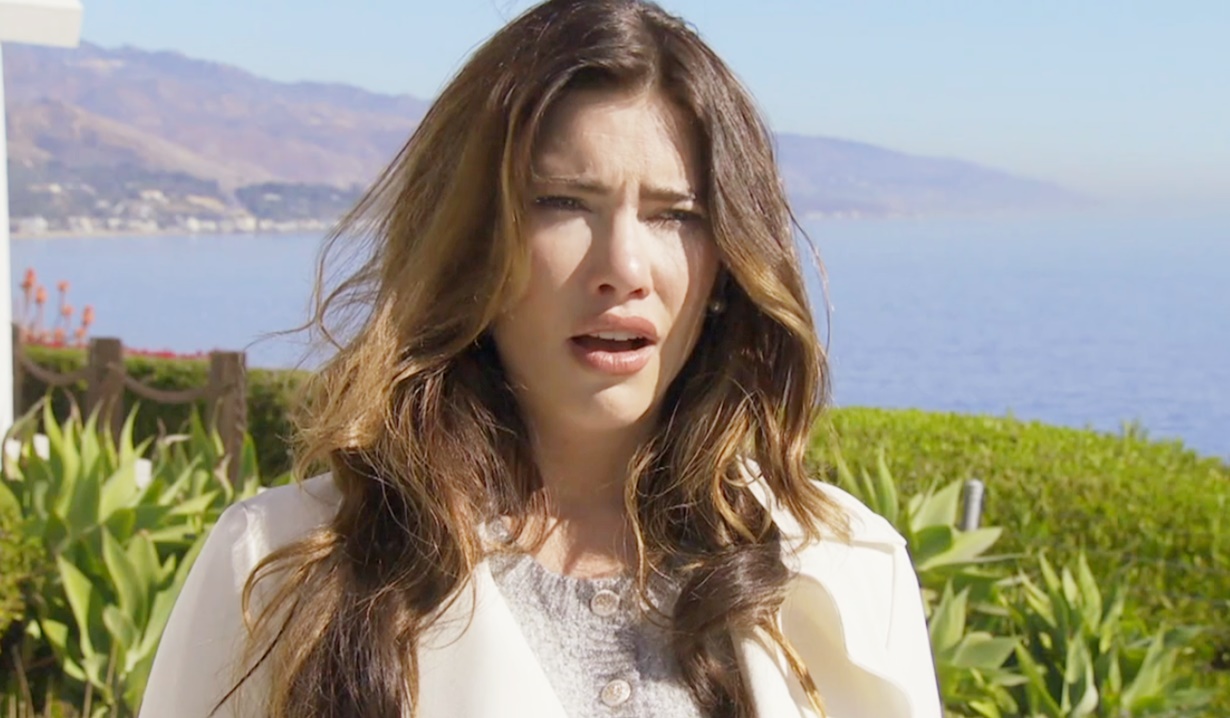 At Forrester Creations, Brooke chats with Ridge about having Katie and Donna over for dinner this week. She’s flexible… but then he knows that, she teases. Ridge doesn’t respond — he’s a million miles away. Brooke asks if everything’s okay and he relays that Steffy is leaving Los Angeles. Brooke’s surprised and learns that Ridge is hoping Finn will stop her. He came by and said he had good news. Ridge doesn’t know what it is; he wanted to share it with Steffy first. Brooke supports his decision to tell Finn about her plans. They wonder if she’ll be able to change his mind. Brooke thinks it’s admirable she’s trying to protect the man she loves; she just wishes that night between her and Liam never happened. She doesn’t know if Hope’s marriage will survive it. 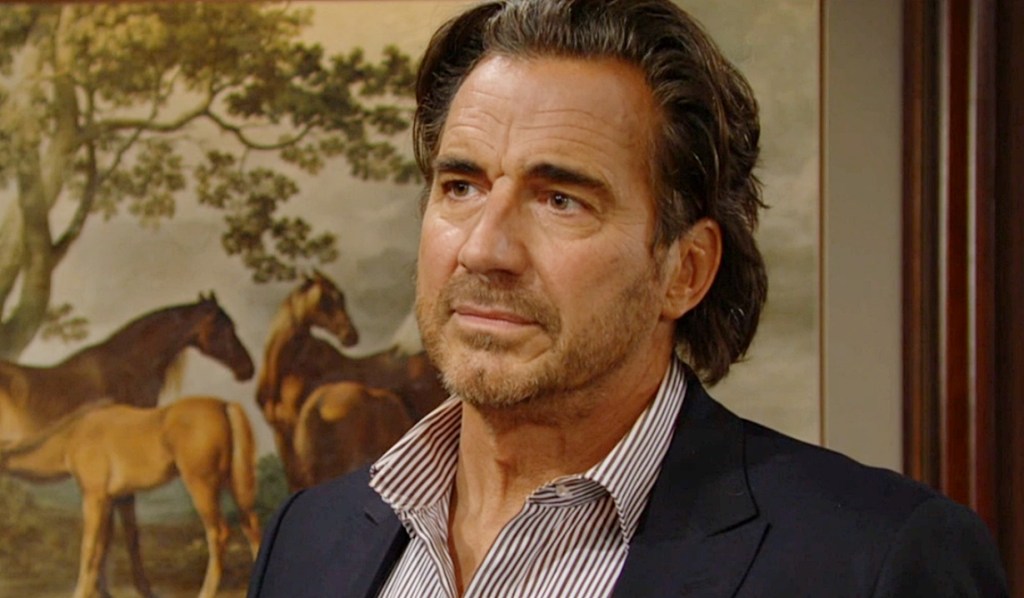 Ridge encourages Brooke to be candid. She admits she could just strangle Liam and Steffy — her daughter’s life has been turned upside-down all over again! She muses that the baby’s a gift; Ridge will get to be a granddad again. He beams; he can’t wait to meet him or her. Brooke can’t wait either but hopes Hope will be able to handle watching Liam raise another child with his ex. She hates to say it, but she doesn’t think Hope’s marriage will survive the birth of Steffy and Liam’s second child.

More: Not so good girl turned bad on B&B?

At the cabin, Thomas clarifies to a worried Hope that what he has to say doesn’t concern Douglas, who is fine. But it changes everything and he couldn’t wait one more minute to tell her. Hope asks about his face and learns he got in a fight with Vinny. Thomas relays that Vinny was keeping something from all of them would change lives, especially hers. Thomas backtracks to ramble that he had suspicions. Hope wonders if he did something wrong. Thomas explains what he did affects her big time, as well as his sister. 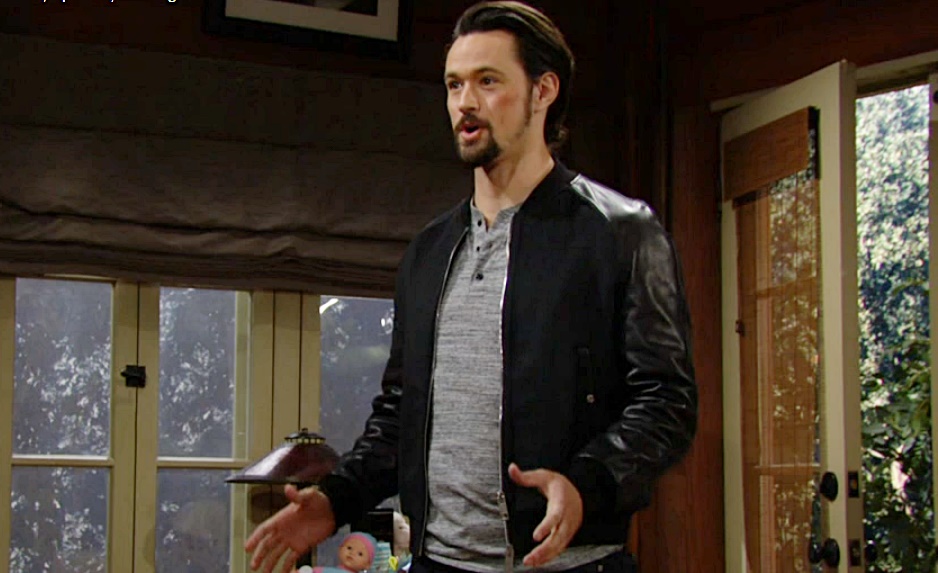 They go over how Vinny’s always been his best friend. Thomas shares he found out Vinny was working in the lab where his sister took her paternity test. He describes how the pieces started falling into place. Thomas confirms that he ran the test and altered the results. “Steffy isn’t having Liam’s baby. The child is Finn’s.” Hope is rendered speechless. 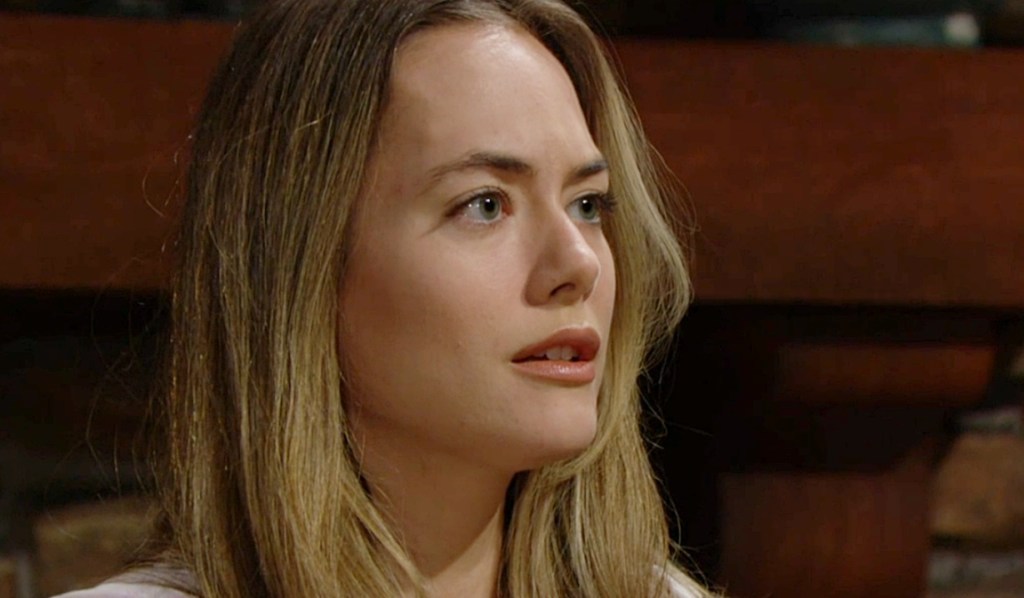 On the cliffside, Finn proclaims to Steffy that he can’t let her get on a plane and leave. He loves her. She loves him too but she can’t burden him with a baby she’s having with Liam. It’s cruel. “I have to set you free.” Finn urges her to listen but she argues he’ll just make this harder. He informs her she is not going to Paris. Finn will not be away from her or the baby… ever. “I love you so much, Steffy.” Steffy tells him he’s an amazing man and she will always cherish this time they had together. She asks him to accept what she’s doing, but he won’t. 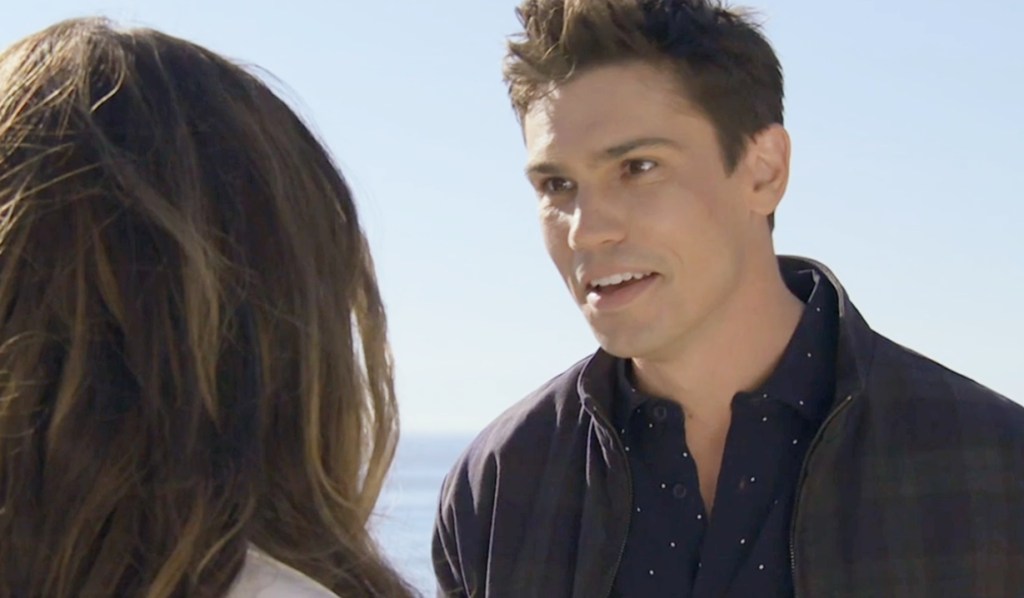 More: How will this star’s absence affect B&B?

Finn explains things have a way of working out. Steffy doesn’t want him to resent her or the baby. Finn clasps her hands. “You are all I want, Steffy. You and that precious cargo in there.” She keeps going on until her he asks her to stop talking. Finn isn’t letting her go and pulls out an engagement ring — it’s his mother’s; he’s had it for years and wants it to be hers. He drops to one knee and after an extended, beautiful proposal asks, “Steffy Forrester, will you be my wife?” 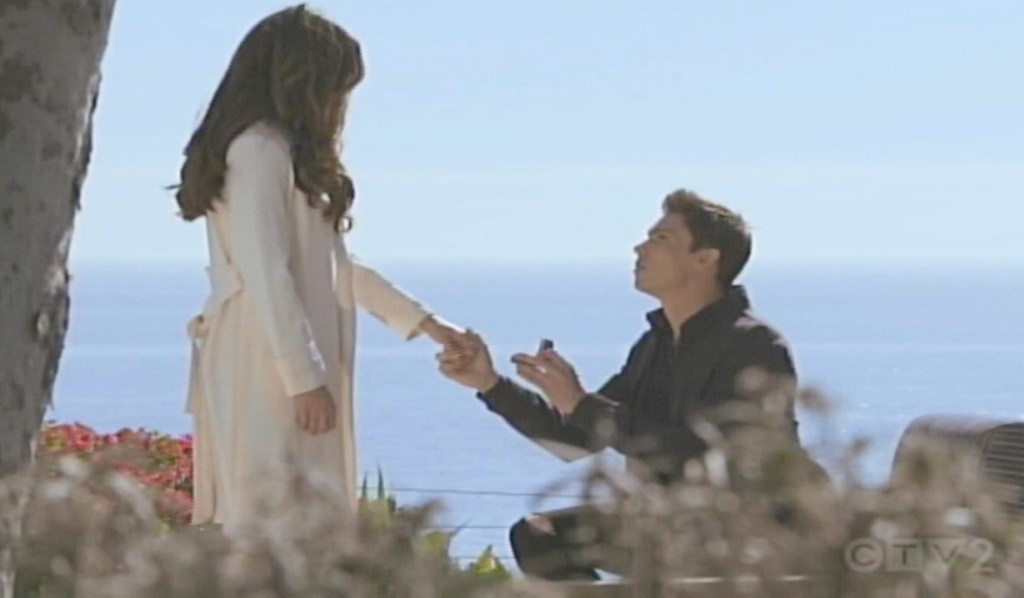 Next on The Bold and the Beautiful: Steffy finds her happily ever after in a romantic moment.

See photos of recurring bits in soaps such as Pam’s lemon bars in the gallery below. Get your free daily soap-opera fix for The Bold and the Beautiful — and all of the other daytime dramas — delivered straight to your email inbox by signing up for Soaps.com’s newsletter.

Finn Finds Himself in a Race Against...

Steffy Gets the Shock of Her Life...