Friday, March 5, 2021: Today on The Bold and the Beautiful, Zoe puts it all on the line, Brooke and Ridge discuss Zoe, and Zende makes a declaration regarding Paris. 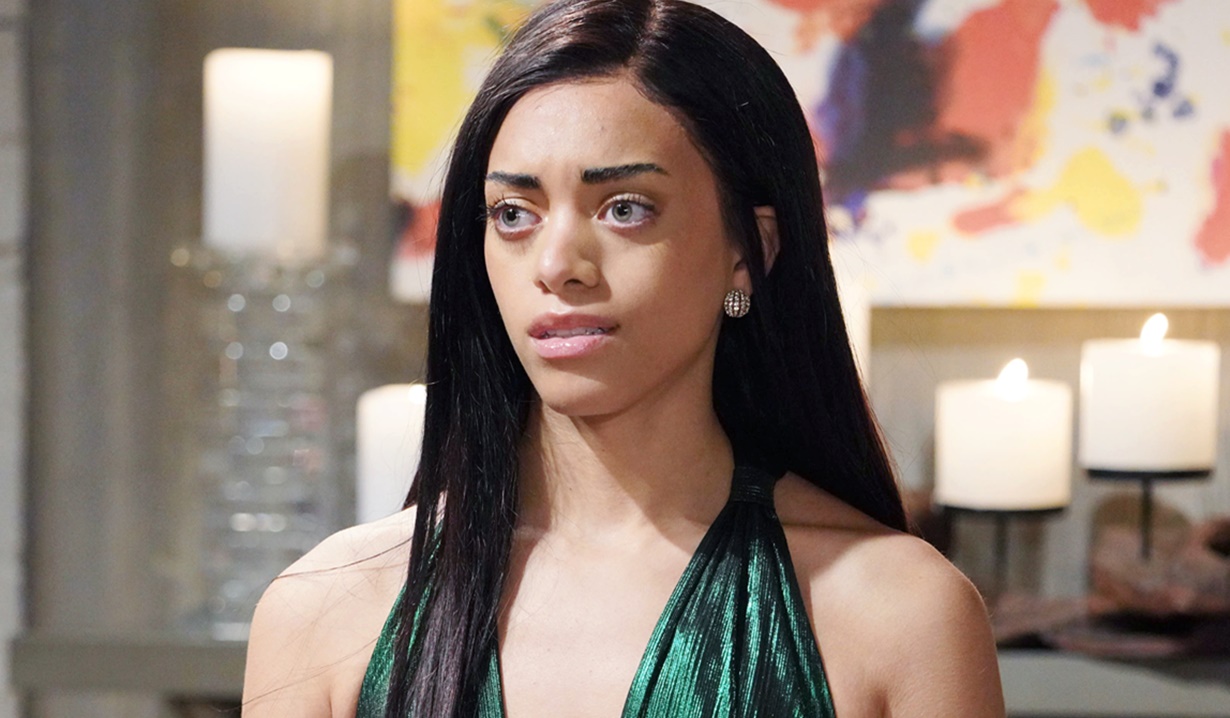 At Carter’s place, Zoe pleads with him to give her a chance to get things back on track. Carter tells her they’re broken. He demands to know why she took his love and commitment and threw it back in his face. Carter never would have went behind her back with someone else like she did. He let down his guard with her; he wanted everything with her. But she threw it away like it was nothing!

Zoe complains about him giving up. Carter retorts that she was the one who gave up on them — and she did it at his workplace, which is completely disrespectful. Did she take him for such a lonely fool that she thought she could treat him any kind of way? Zoe knows what she did was wrong, but she was never playing him. Carter wishes he could believe her, but it looks to him like she was trying to trade up to Zende. Zoe argues Zende was just a distraction from her fear. Her father, Xander and Thomas made trust difficult for her. Zoe was scared of the commitment but is now more scared of losing Carter. She wants their beautiful future and life together and pleads, “Will you give us a chance?” 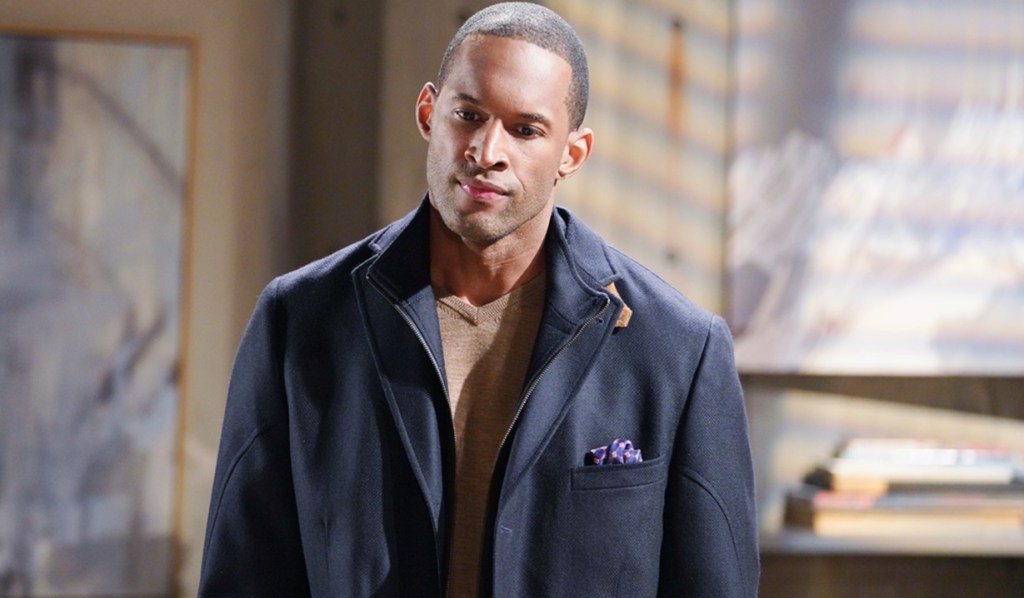 At Forrester Creations, Brooke admires Zende’s work. Ridge agrees there’s a lot of talent there… but also a lot to learn. Brooke thinks he seems distracted. Ridge is worried about Carter. Brooke’s opinion is that he should proceed with caution. Ridge wonders if she knows something. Brooke isn’t sure about trusting her after Baby Beth, and thinks it’s sad what happened to Carter. She can’t understand Zoe sabotaging her relationship like that. 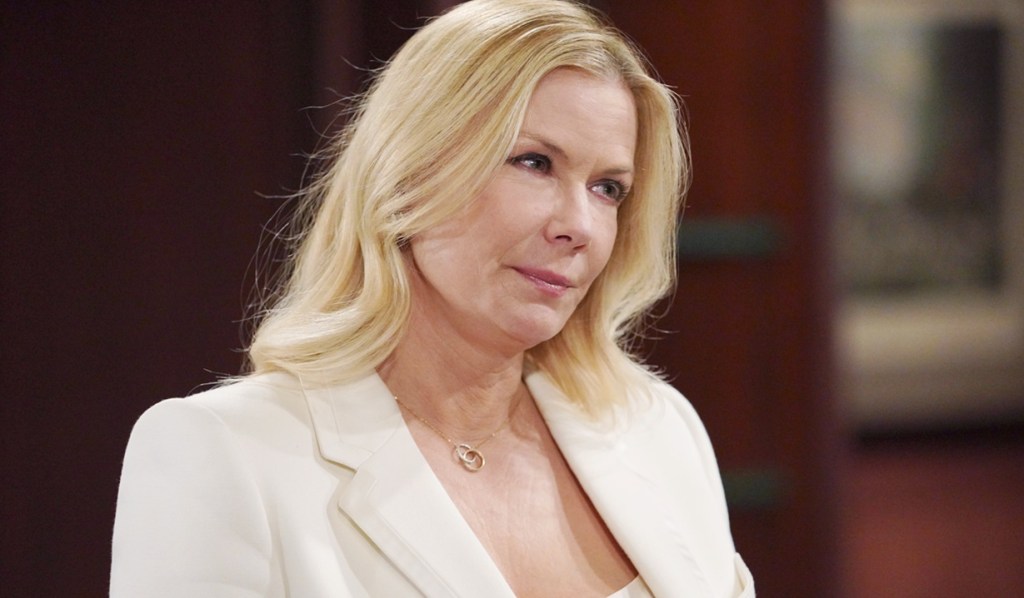 They debate whether Zoe will turn to Zende if things don’t work out with Carter. Brooke muses about her being afraid of the ultimate commitment and asks Ridge if he thinks she loves Carter. Ridge shrugs; it only matters what Carter thinks, and right now he doesn’t believe a word coming out of her mouth. Brooke feels Carter’s lucky to have Ridge as a friend. Ridge opines that Carter deserves better than Zoe, but he doesn’t think he’ll forgive her. He advised him to slow down, take a breath, see what it is he wants in life and whether Zoe’s the one to give that to him.

More: Fans want this B&B character to bring Flo down

At the Forrester mansion, Zende urges Paris not to be intimidated by the huge house; to him it’s home. They flirt as Paris tells him she’s a fan of surprises… and him. Paris admires the view from the terrace, but Zende teases he’s enjoying the view from the living room. He tells Paris she’s exciting and beautiful… he can’t stop thinking about her.

Zende reveals he’s hired a caterer for the evening and gushes how she’s so pretty she lights up the room. He reveals he went ahead and designed a dress for her; he was inspired. It’s upstairs if she wants to try it on. Paris descends the staircase in her new gown and Zende is wowed. Paris loves it. Zende declares she’s his muse and then proposes a toast to the future and to her; she’s an unexpected gift. He hopes whatever road the future takes they can walk it together. 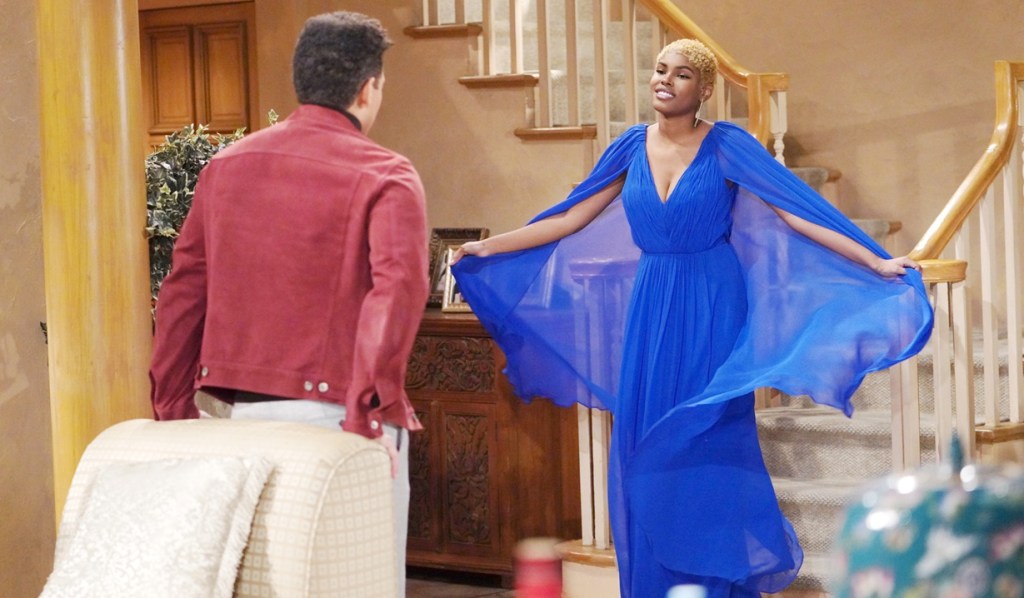 Next on The Bold and the Beautiful: A once promising relationship comes to an end.

Hot Topic: Now that Jacqueline MacInnes Wood has had her baby, how might her maternity leave impact the canvas?

See photos of B&B stars and their dads in the gallery below. Get your free daily soap-opera fix for The Bold and the Beautiful — and all of the other daytime dramas — delivered straight to your email inbox by signing up for Soaps.com’s newsletter.

Thomas Corners Vinny in the Lab and...

‘Dune’ Bumps Up In China With $16M Through Saturday; Will Cross $200M WW On Sunday – International Box Office