Tuesday, March 2, 2021: Today on The Bold and the Beautiful, Shauna probes Wyatt, Flo learns Wyatt went to bat for her, and Bill shoots his shot with Katie. 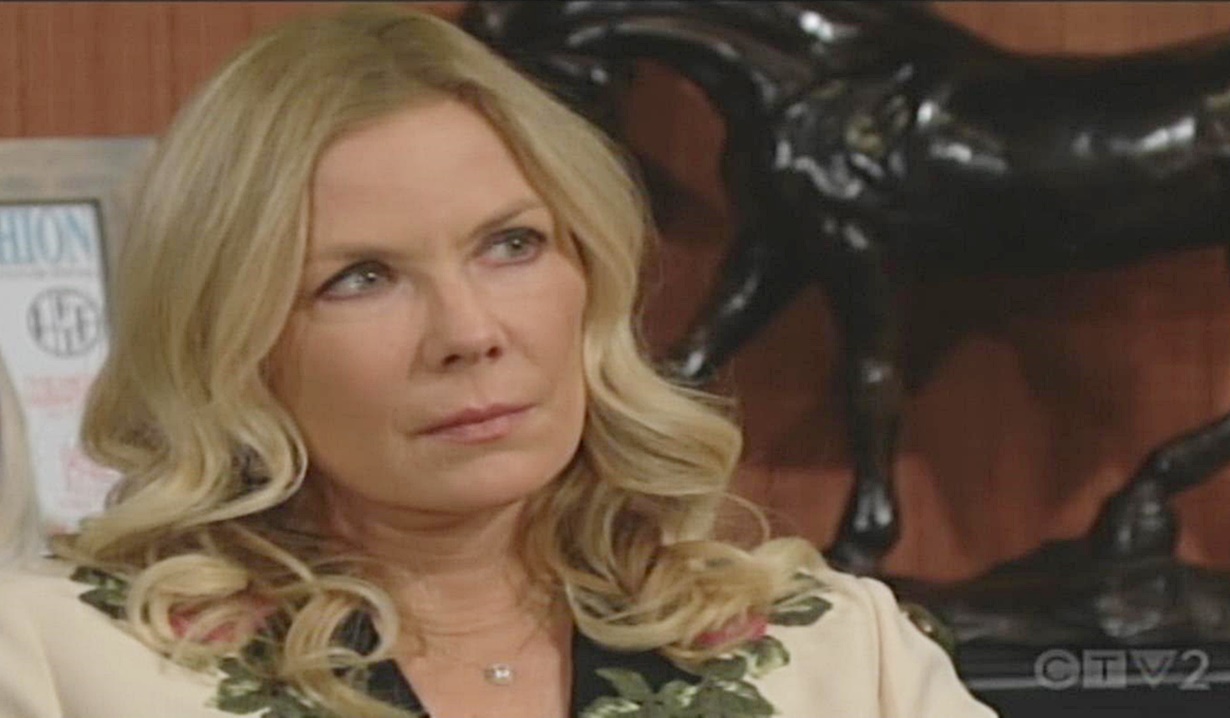 At Forrester Creations, Flo knows she’s asking a lot of Brooke after letting the lie about the baby go on for months. Katie and Donna interject that they forgive her — that’s what family does. Flo continues that it would mean the world to her if Brooke could find a way to forgive her. She tears up and asks, “What do you think?” Brooke angrily exclaims that it was more than just heartache she caused, and goes over how Flo let the lie go on for months. Flo pleads; if Brooke gives her another chance, she promises to never make the Logans sorry she’s in the family ever again.

Katie tells Flo that the meeting happened because Wyatt paid her a visit on her behalf. What the question of forgiveness comes down to is what she did to Brooke’s daughter. Brooke feels Flo kept the information about Beth from Hope from way too long. She wants to put the whole mess in the past, and knows Storm would tell them to accept Flo and bring her into the family. “You are a part of this family,” Brooke concedes. She isn’t sure she can forgive Flo anytime soon but she can try… for her sisters sake and to honor their brother’s memory. 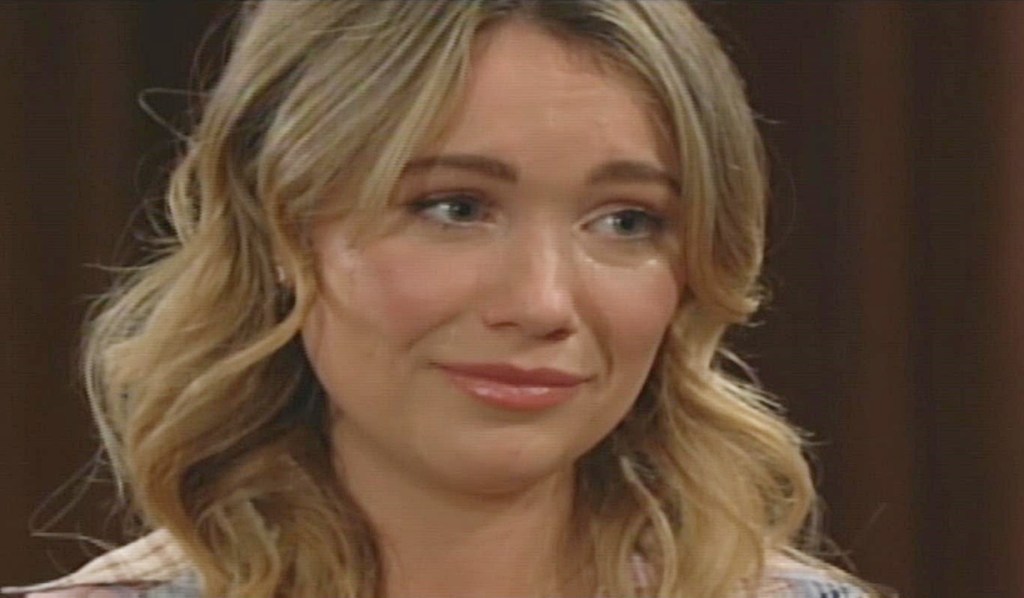 Flo cries tears of thanks. She talks about how it was growing up without her dad. She’ll never feel his arms around her but he left her with one amazing gift — this family. Flo vows they won’t regret this; she’ll be the best Logan woman she possibly can be. She turns to mouth, “Thank you,” to Katie.

At Spencer Publications, Shauna probes to find out if Wyatt reached out to Katie on Flo’s behalf. Wyatt protests; he was there when Katie called and just hopes it’s a good outcome. Bill wanders in and asks what’s going on. Shauna thinks his son has done something truly spectacular. Talk turns to Flo being summoned by Katie. Wyatt complains she’s estranged from her family. Bill points out that she has no one to blame but herself. Wyatt just hopes they hear her out. 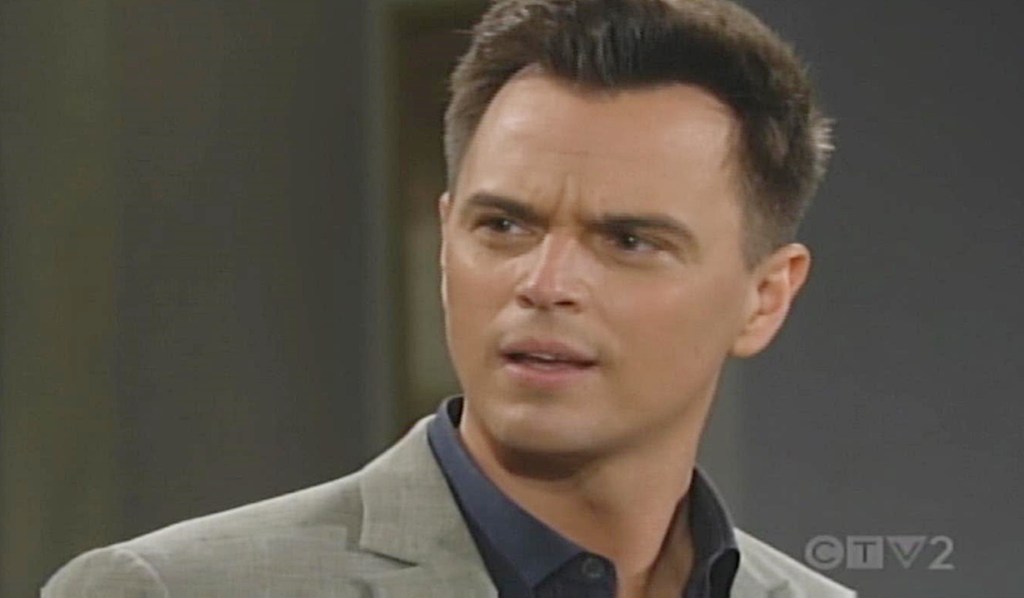 Bill thinks it’s clear Flo’s turned her life around and doesn’t see anything to be gained by the Logans keeping her at arm’s length. She’s done her penance. Shauna decides she should go over to Forrester, but Wyatt stops her.

At Forrester, after Flo’s gone, Brooke hopes they did the right thing. Katie worries she’s having regrets already. Brooke reassures her and turns the conversation to Katie and Bill. She feels Bill will always be the love of Katie’s life. Bill appears, “And you’ll always be the love of mine, Katie.” He’ll never do anything to jeopardize their relationship again. 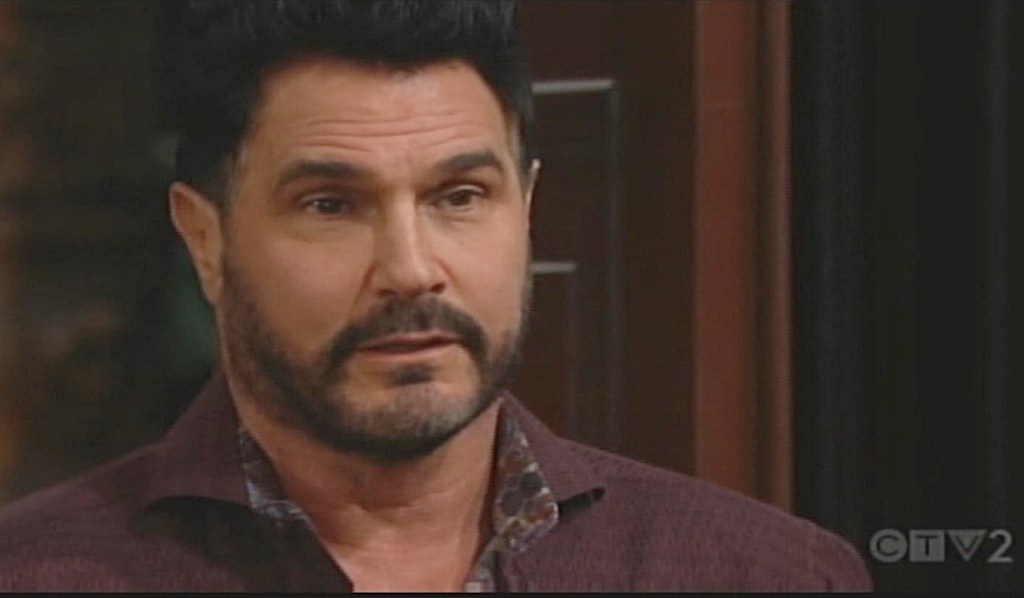 After Donna and Brooke are gone, Bill mentions Flo getting another chance and hopes there’s a third or fourth chance for him. He misses her so much. Katie tears up as Bill runs down the reasons she’s so special to him. “No one has had the impact on me that you have, not even close.” He suggests they take Will downtown to eat and stop by some banks… or anything as a family. Katie tearfully lists the reasons she misses him and their family as she agrees to the plan. She sighs, “Will loves you so much… and so do I.”

At Spencer, Flo returns in time to overhear Shauna pressuring Wyatt to begin his future with her and saves him by announcing the Logans have agreed to accept her back into the family. She adds, “And it’s all because of you, Wyatt.”

More: This twist could transform B&B’s most hated character

Once alone, Flo and Wyatt go over the highs and lows of her time in Los Angeles. Flo is grateful for all she has. Wyatt’s given her so much already and now he’s given her family back. “I love you so much, always.” Wyatt kisses her.

Next on The Bold and the Beautiful: Zoe attempts to fix what’s broken between her and Carter.

See photos of <a href=”https://soaps.sheknows.com/gallery/photos-bill-katie-weddings-love-story/” target=”_blank” rel=”noopener”Bill and Katie’s weddings and love story in the gallery below. Get your free daily soap-opera fix for The Bold and the Beautiful — and all of the other daytime dramas — delivered straight to your email inbox by signing up for Soaps.com’s newsletter.

Finn's Tense Encounter With Vinny in...