Friday, February 26, 2021: Today on The Bold and the Beautiful, Wyatt goes to Katie for a big favor, Thomas confronts Vinny, and Steffy makes a decision about her doctor's appointment. 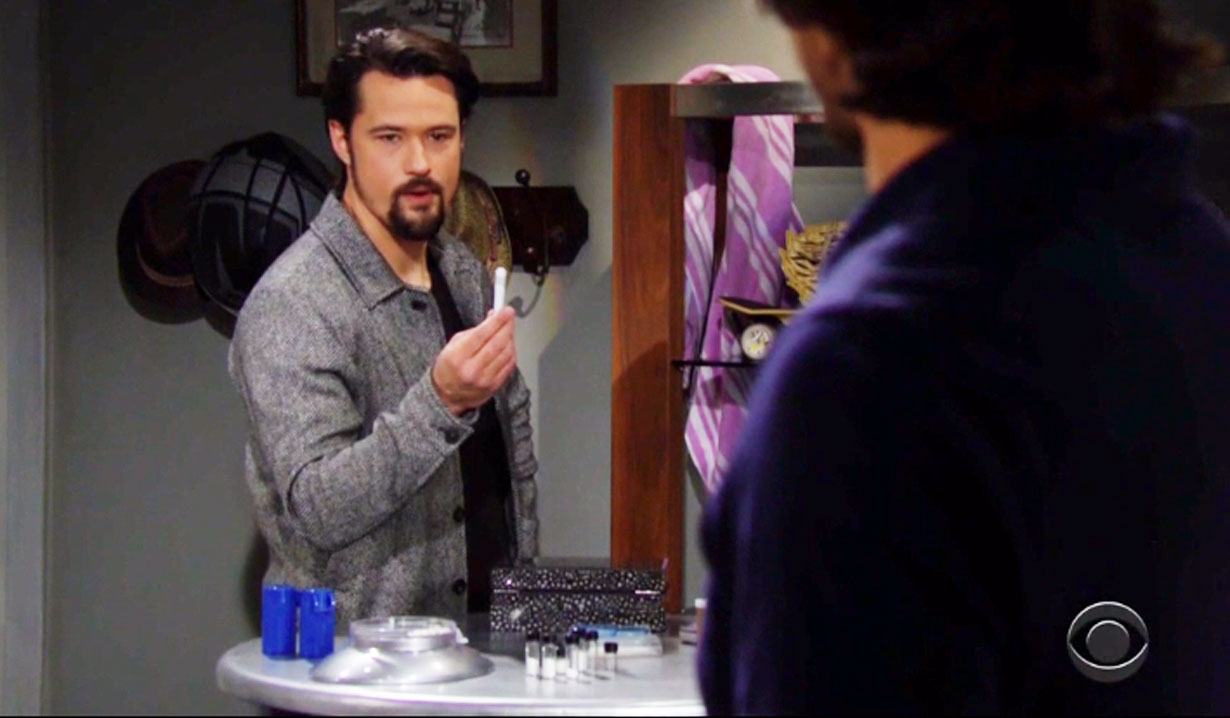 Thomas calls Vinny from Forrester and orders him to meet him at the apartment. As Vinny rants for Thomas to accept that Liam is having a kid with Steffy, Thomas demands to know if Vinny messed with the test results. Suddenly, Hope appears and Thomas hangs up. She can tell he’s frustrated. He manages to get Hope to talk about her own frustrations — and how one test turned her world upside-down. Hope thinks she and Liam had issues regardless. Thomas has something to deal with, but vows to be there for Hope, then heads out. 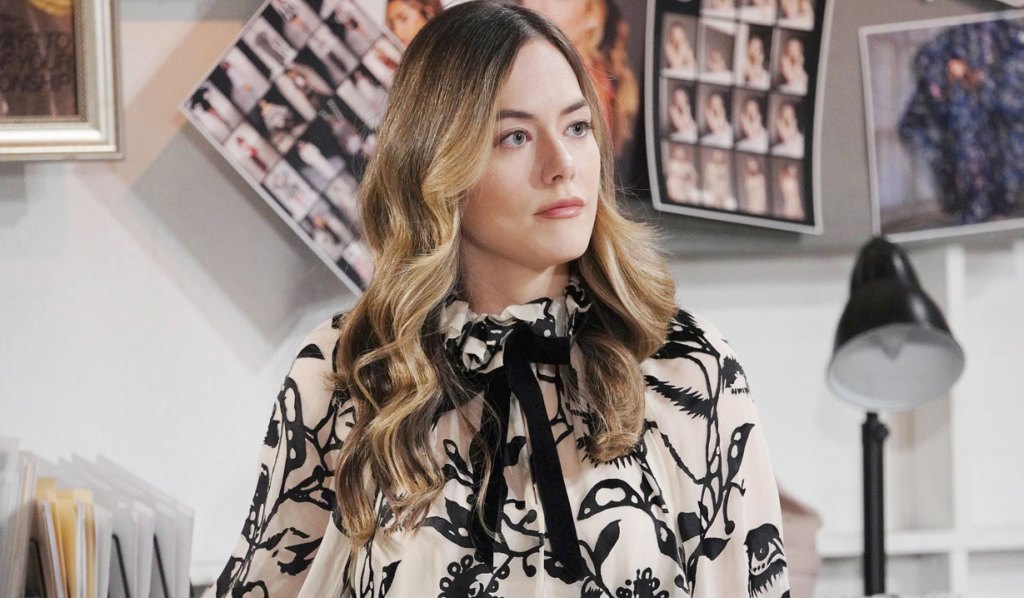 Liam interrupts Finn and Steffy in the main office. He knows she has an appointment and, being the father, thinks he should be there. Steffy doesn’t need him there and urges Liam to go be with Hope, to take care of his marriage. Finn agrees. After Liam leaves, Steffy relays to Finn that she plans to go to the appointment alone… but if things were different. Finn admits it hurts but understands and still wants to make a future with her. He just wishes he was the father. Steffy truly thought he was — she didn’t feel that it was Liam’s baby. 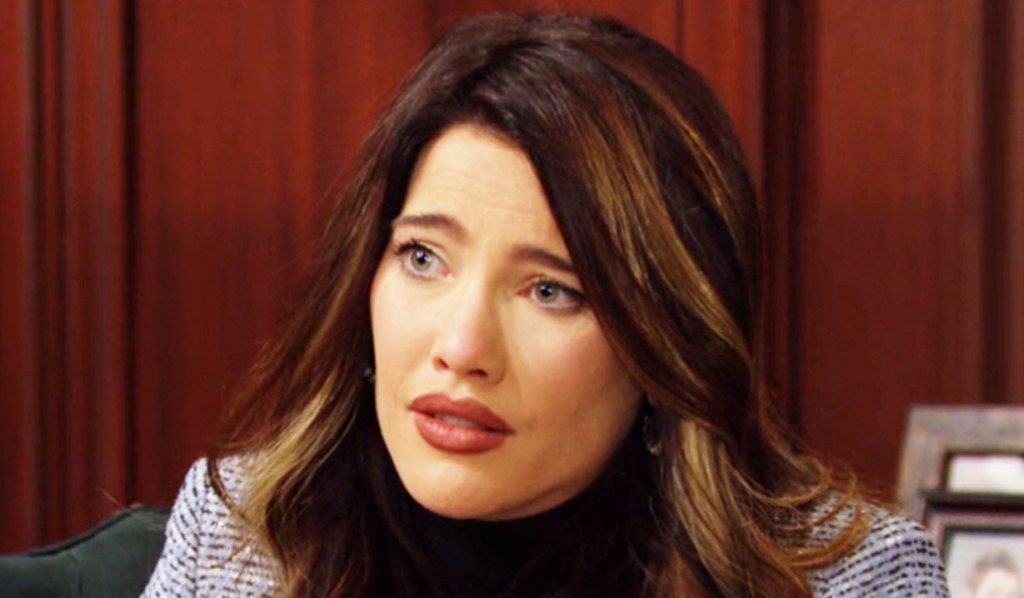 In the design office at Forrester, Wyatt brings up Flo, and how she’s Katie’s family — her brother’s daughter — and wants to be truly accepted by Katie and the rest of the Logans. Katie reminds Wyatt that they aren’t punishing Flo, but Wyatt counters that they aren’t forgiving her either — like Hope has done with Zoe. He asks if Katie really forgave her at all? Flo is family and Wyatt wonders what Storm would think of them shutting her out. Not only does Wyatt want Katie to talk to Flo, he wants her to convince Brooke, Donna and Hope to forgive her. He knows how much this is to ask, but Flo’s had a hard life and needs the family she just found. “Welcome Flo into the family,” Wyatt pleads. 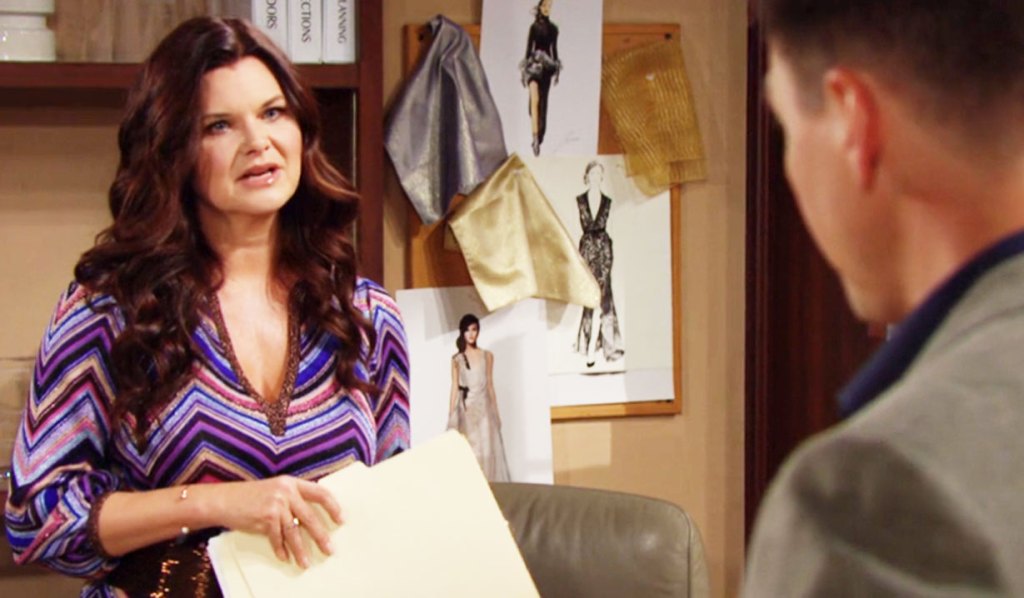 Over at Spencer, Shauna gushes about how her baby is a Logan — and one day she’ll be married to a Spencer. Shauna can tell something is wrong, and Flo admits she wants to be accepted by the Logans but doesn’t think it’ll ever happen. Shauna urges her daughter, if she wants to be part of their family, then she should fight for it. That’s what a Logan would do. 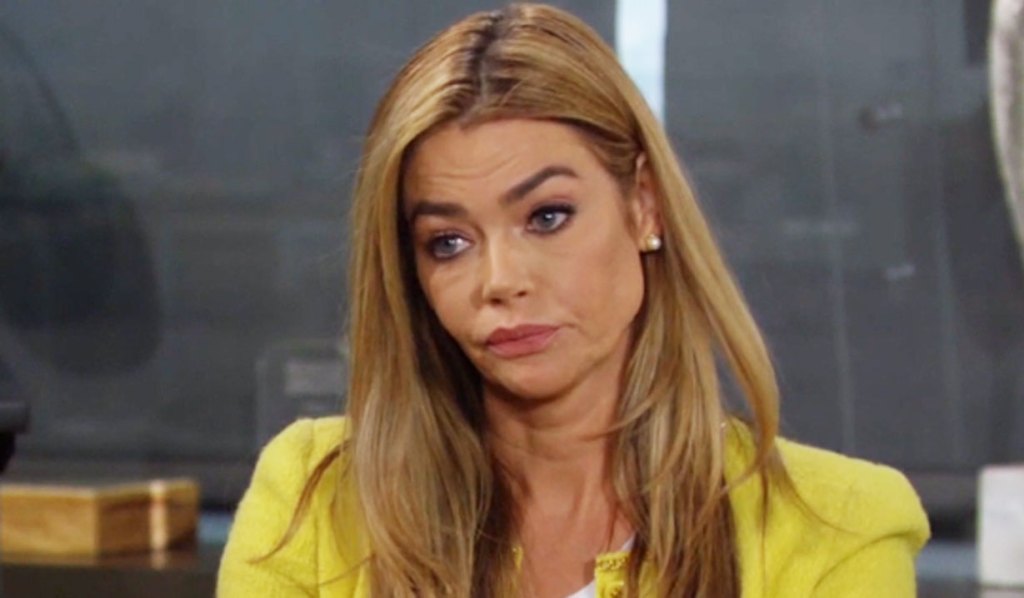 Liam arrives home at the cabin and relays to Hope that Steffy is going to her appointment without him. He knows there will be times when he’ll have to be there for Steffy and the baby, but promises Hope will always come first. Hope is sick of having the same conversation and screams, “How many more tests do we have to pass?!”

More: What Thomas does next will change everything

Thomas confronts Vinny at the apartment, “I’ve got a bad feeling that you messed with Steffy’s paternity test results.” Thomas knows how shady Vinny can be and picks up a drug vial off the table. Vinny points out that he’s never kept his side hustle a secret. As Thomas pushes about the results, Vinny confesses he may have had a hand in the test but vows that the results are accurate. What would Thomas do if Vinny said Liam wasn’t the father? Thomas admits he’d tell everyone the truth and asks again if Vinny made it look as though the baby was Liam’s — not Finn’s.

Next on The Bold and the Beautiful, Finn recognizes a familiar face.

Take a look back at some of the red-carpet looks Jacqueline MacInnes Wood (Steffy) has rocked — ranked — in the below photo gallery, then get your free daily soap-opera fix for The Bold and the Beautiful — and all of the other daytime dramas — delivered straight to your email inbox by signing up for Soaps.com’s newsletter.

Finn's Tense Encounter With Vinny in...