Friday, February 19, 2021: Today on The Bold and the Beautiful, Eric gets an update, Zende wants a second chance, and Brooke and Donna make a pitch to Katie. 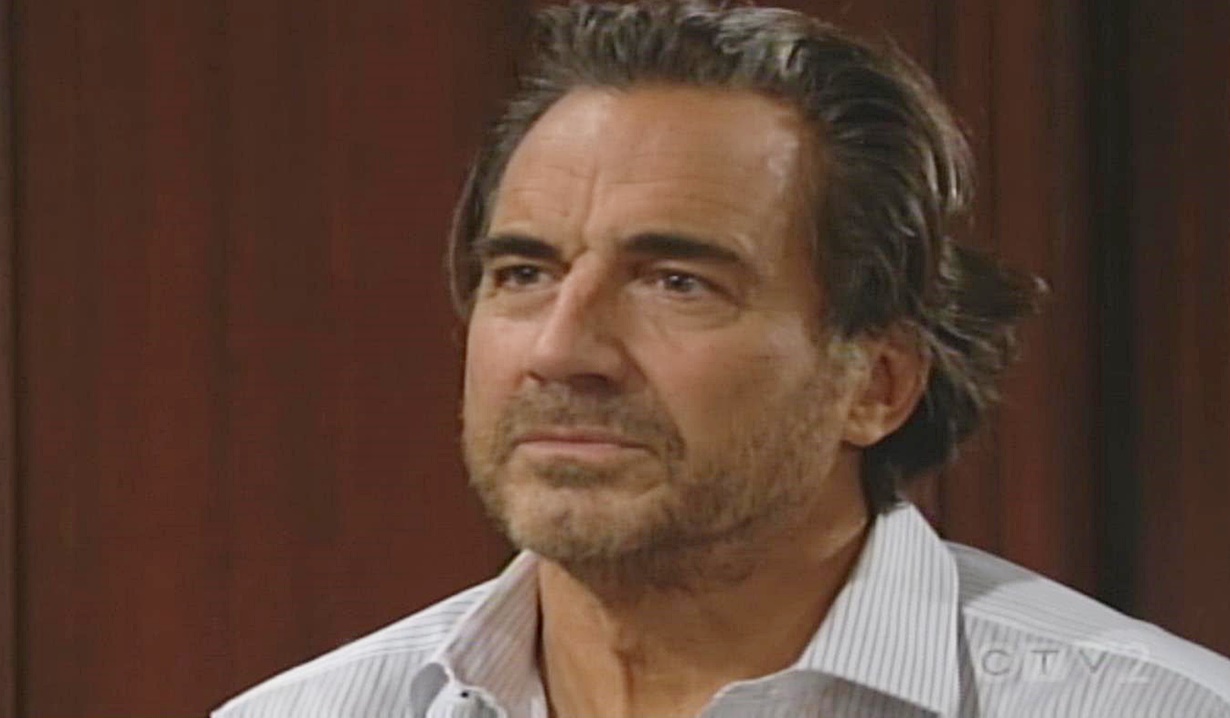 At Forrester Creations, Carter asks Paris if he should trust her sister. Zoe argues that it’s not up to Paris who is upset with her and cannot be objective. Paris interrupts, “Yes.” She thinks Zoe’s sincere but feels the real question is if Carter believes her. Carter feels he was the only one who didn’t see what wasn’t going on. Zoe cries that the men in her life have all let her down. She couldn’t trust herself anymore but she should have realized he was different. Zoe wants to be his wife. Carter explains that now he’s the one who’s not sure. He needs time. Carter thanks Paris for her honesty and warns her to be careful around Zende before walking out. 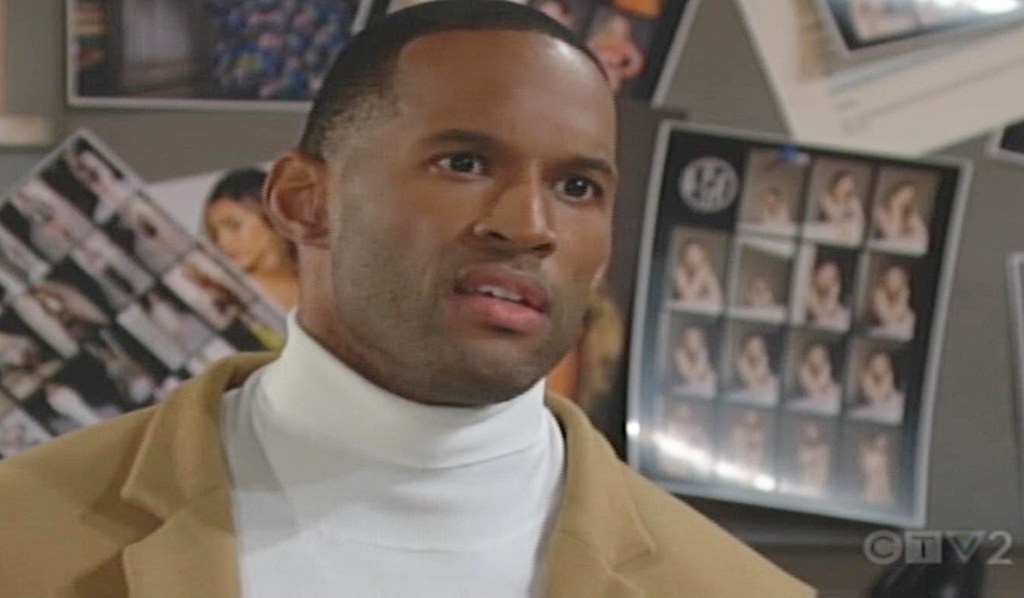 In the main office, Ridge compliments Eric on his vision as they look at sketches. Eric asks about Steffy and wants to call her. Ridge suggests he give her more time; this has all been a lot for her, and for Liam and Hope too. Eric worries about the impact on Brooke and Ridge, but his son reassures him they’ll be fine. Eric’s relieved. Talk turns to Carter and Zoe. Ridge reveals that she doesn’t love Carter the way he loves her and that he’s hoping Carter won’t go through with marrying her. 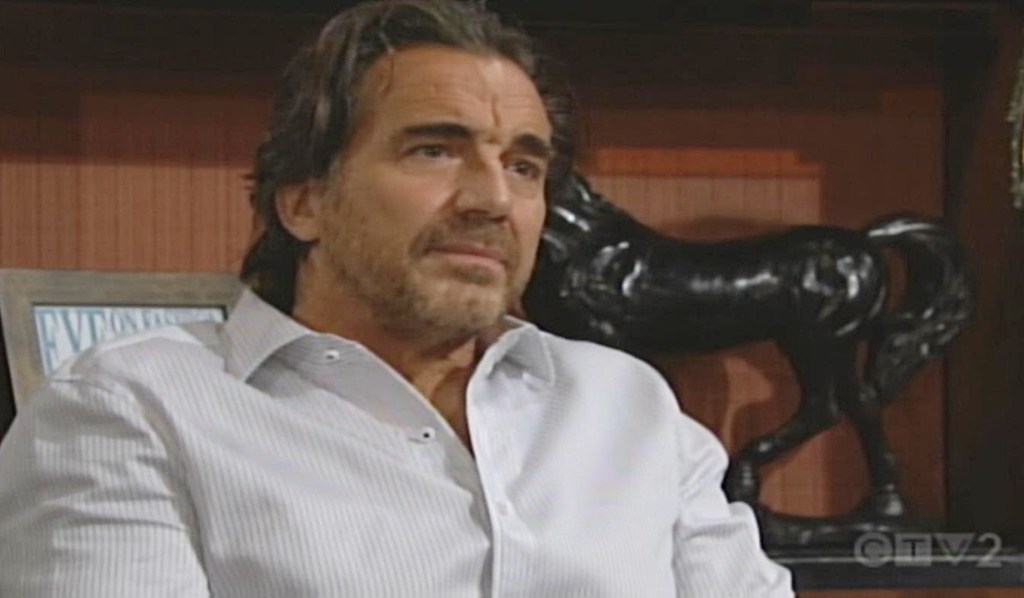 Zoe joins Ridge in the office and takes ownership of flirting behind Carter’s back with Zende — it was wrong. She wants Carter to reconsider but feels it would mean more coming from someone like him. Ridge wonders why on earth he would speak up on her behalf and pointedly asks, “How do you feel about Zende?” Zoe admits she got caught up with Zende and laughs self-consciously that she believes she sabotaged her own relationship. She was scared after what happened with Thomas and the idea of marriage triggered doubts. Carter’s amazing and she loves him. She tearfully pleads with Ridge — he’s the only one who can help her convince Carter to give her, and their engagement, another chance. 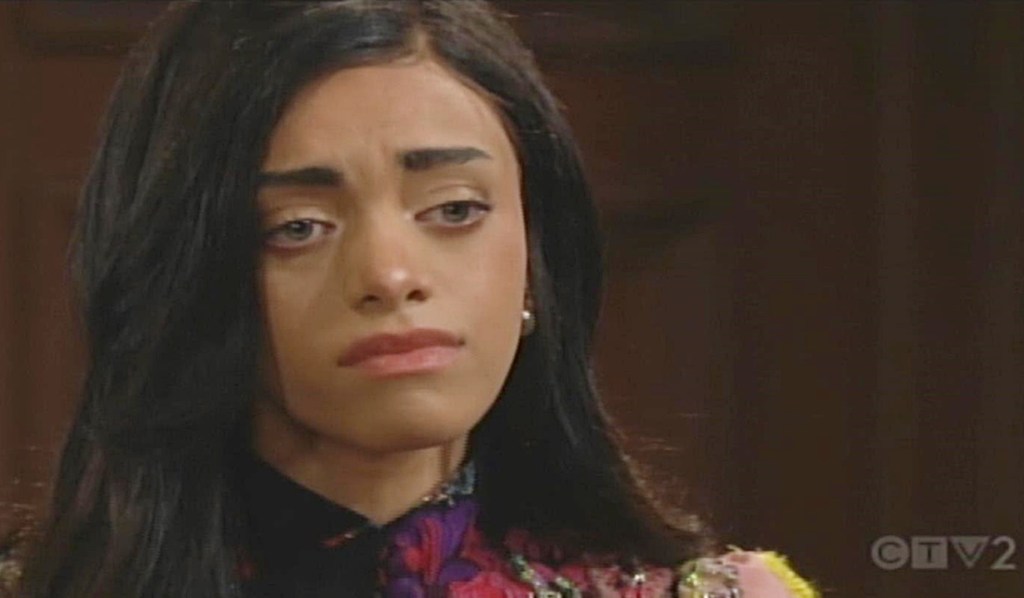 In the studio, Paris confirms to Zende that it was shady to flirt with his friend’s fiancée. Zende agrees things got out of hand but argues Zoe was really struggling and just wanted to be certain. He hates that he hurt Carter. Zende wishes he could start over and wants to show Paris he really is a nice guy. “Will you give me the opportunity to prove it to you?” He hopes Carter gives Zoe another chance and that Paris will give him one too. 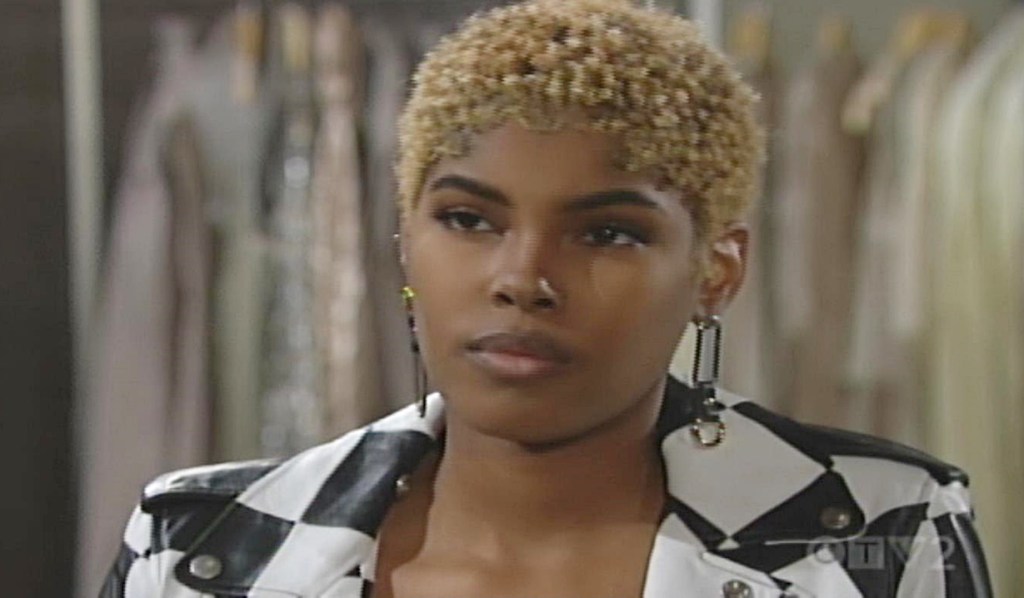 More: How hot would this B&B affair be?

At Brooke’s place, Donna worries that Liam having another baby with Steffy will cause troubles for Brooke and Ridge. Brooke reassures her and talk turns to Bill asking them to intervene on his behalf with Katie. Just then, Katie arrives and asks why they wanted to see her. Donna tells her someone misses her who loves her very much. Brooke reveals they want to talk to her about Bill. Katie shouldn’t need to explain why she’s cautious. Donna reminds her they were once happy together. Katie’s not willing to compromise for a man who’s not totally committed to her. Brooke argues that he says he is. Katie doesn’t know how long it will last. She concedes she misses him, and then realizes Bill put them up to this. 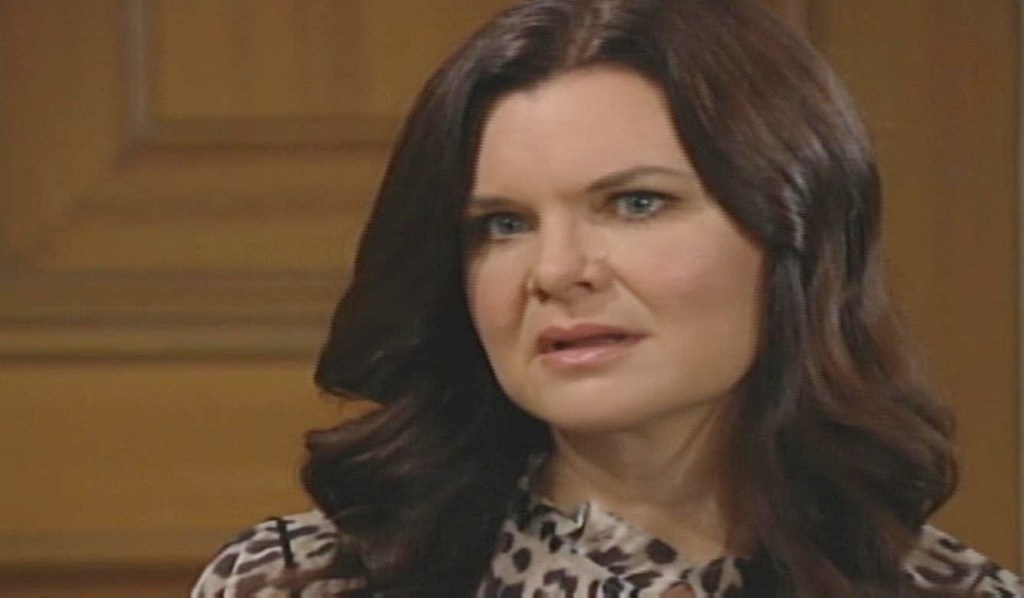 Donna and Brooke admit Bill showed up at Brooke’s house. They’re not trying to ambush Katie or push her back into the relationship but he seemed serious. Brooke insists Bill’s realized that without Katie by his side, life doesn’t make sense. Katie talks about feeling like a third wheel to them growing up and it killed her to feel like that again when Bill got involved with Brooke. She’s sorry, but it’s how she feels. Brooke hates that she came between them and wants to move past this and be Logans again. The sisters all tearfully express their love. Brooke loves Katie and says Bill does too. “Let him come home. Reunite your family.”

Hot Topics: Did we just figure out not only who switched Steffy’s paternity test results but exactly why? Find out in this week’s Soapbox column.

Next on The Bold and the Beautiful: Finn makes his intentions known to Steffy.

Look back on memorable Bold & Beautiful love triangles in the gallery below. Get your free daily soap-opera fix for The Bold and the Beautiful — and all of the other daytime dramas — delivered straight to your email inbox by signing up for Soaps.com’s newsletter. 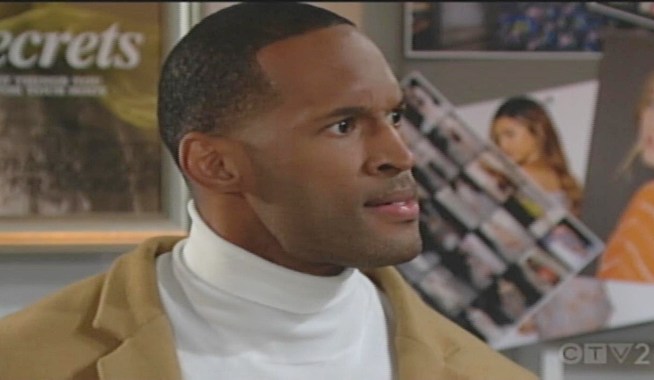 Thomas Becomes Suspicious After Vinny Makes a Comment to Hope 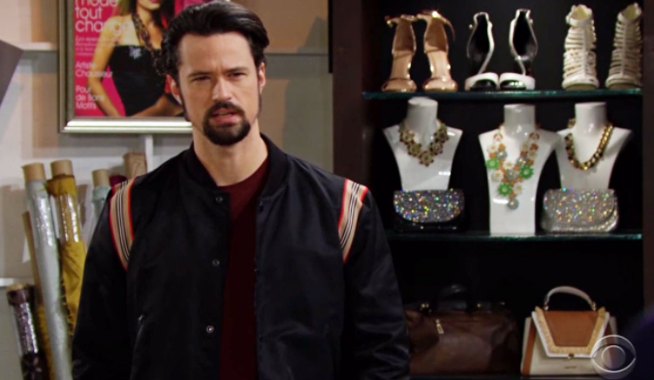