Tuesday, February 2, 2021: Today on The Bold and the Beautiful, Zende warns a confidant Zoe about Ridge, Steffy and Finn take the paternity test, and Liam and Hope wait. 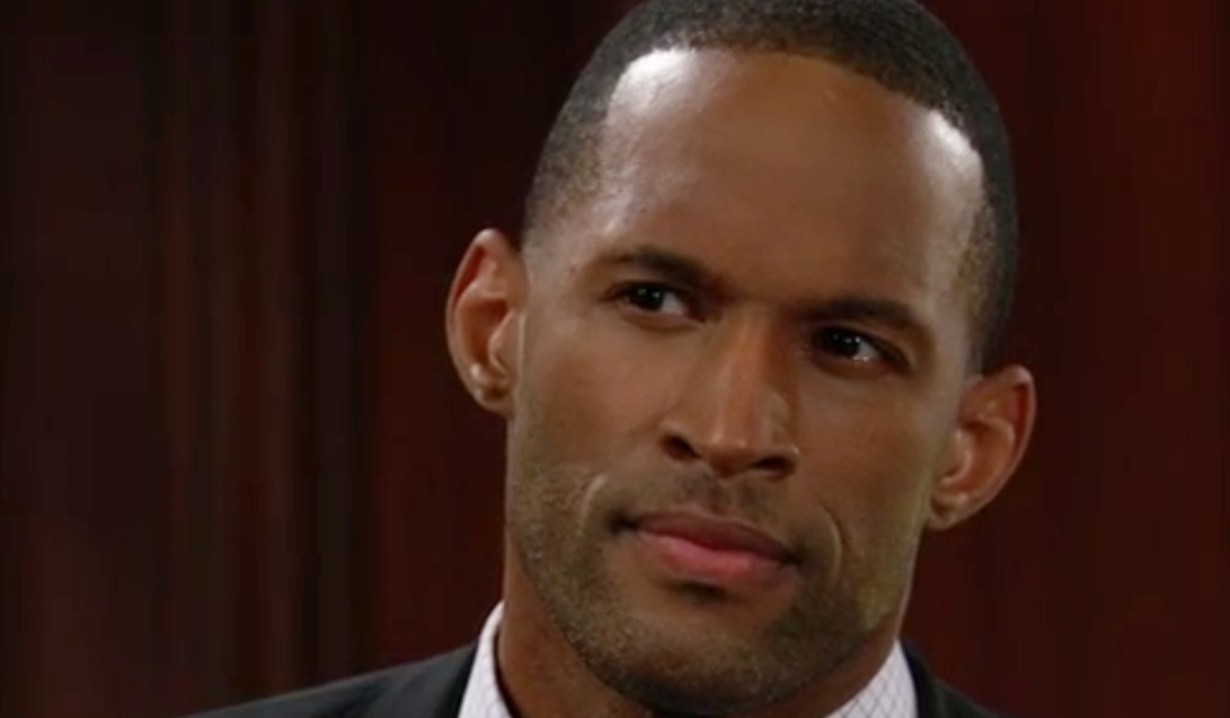 In the cabin, Hope notices Liam keeps glancing at his phone. She asks, “No word from Steffy yet, about the paternity test?” He shakes his head, “No.” Hope admits she’s nervous. Liam is too considering what it would mean, but he doubts they’ll have results today. He reiterates how much he hates having caused her pain. Hope’s trying to figure out if there’s a way they can come out the other side of this with their family intact. Liam wants to know he didn’t ruin them permanently. Hope recaps that the night should never have happened.

Hope asks how Liam’s doing and he marvels that she’s such a good person. Hope is in pain, and doesn’t know how, or if, it will go away. Liam wonders if he should text Steffy, but Hope feels she’ll reach out if there’s news. They hope to get through this together. 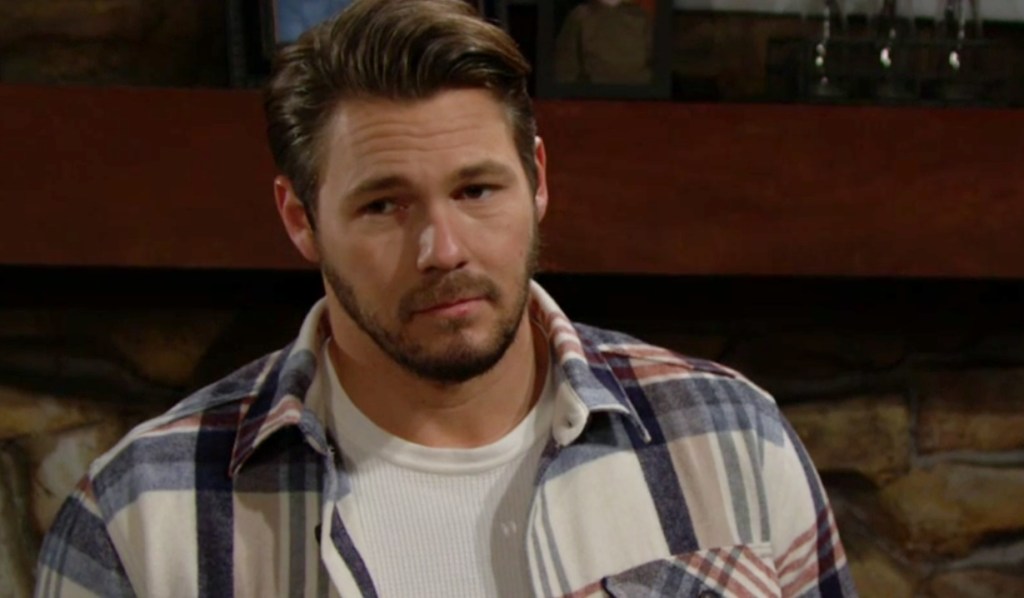 At the doctor’s office, Steffy paces and wishes they could push to get the test results today. She notes Finn’s so calm. Finn assures her that whatever happens, they’ll deal with it. Steffy just wants confirmation the baby’s his. Dr. Campbell enters and asks if they’re ready. Steffy can’t be tested soon enough. She needs to know the baby she’s carrying is Finn’s. The doctor signals it’s time to perform the test and she’s confidant Steffy’s far enough along to get a reliable result. After, Steffy’s disappointed to learn they won’t get answers today and she’ll have to wait for a call. She reiterates that the baby just has to be Finn’s. 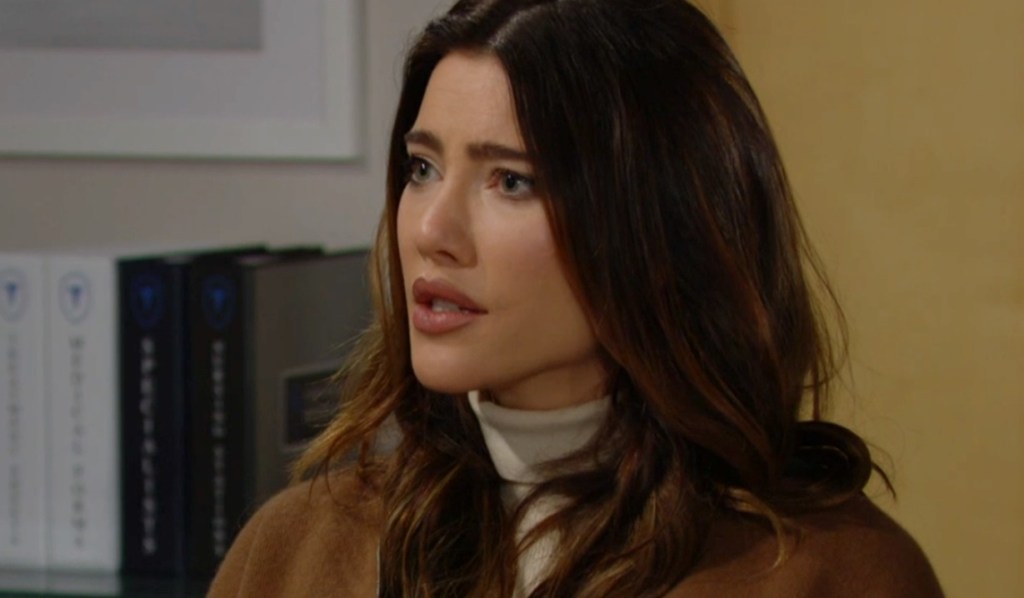 In the Forrester Creations’ studio, Zende assures a relieved Zoe that they’re fine. Zoe just wanted to be sure there was no chance for them before she happily marries Carter. They debate whether she managed to convince Ridge to keep quiet. Zende warns that Ridge is very loyal and he saw her try to kiss him. 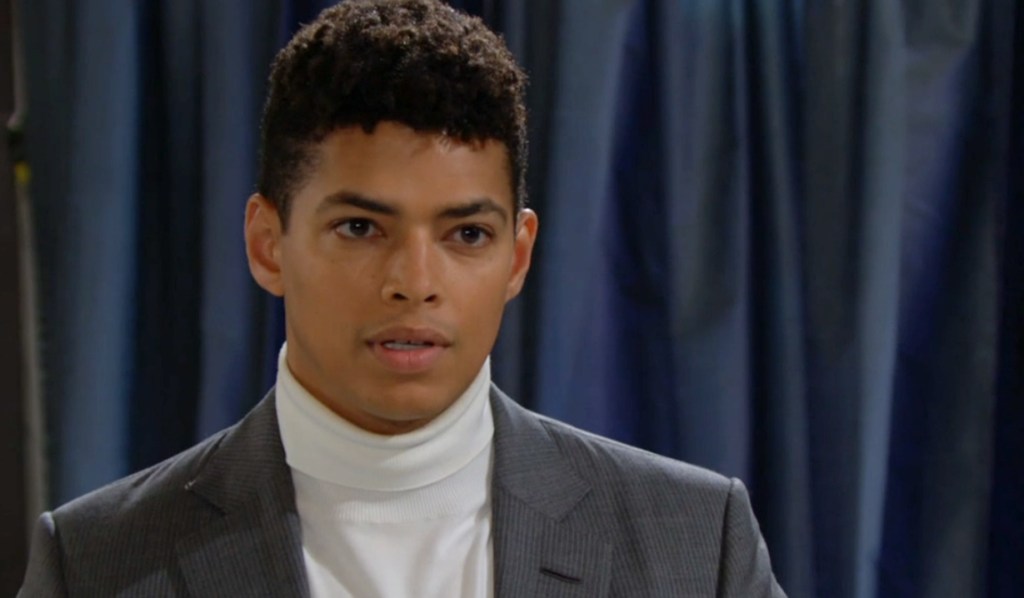 More: The forgotten B&B character we need back

In the office, Carter doesn’t believe Ridge’s contention that Zoe was coming onto Zende, but Ridge insists it’s true. Carter wonders if this is some rite of passage to test the groom’s belief system. Ridge can’t let him go into a marriage with someone he can’t trust. “I know you love Zoe, I’m just not sure she feels the same way about you.” Carter becomes more irritated as Ridge won’t back off on his claim. Ridge explains Zende claims they didn’t cross the line but Zoe wanted to. He repeats what he heard — Zoe talking about the heat between them and how they should have a future together. It’s not hearsay, Ridge was there. He saw it and he heard Zoe.

Ridge informs Carter that Zoe only committed to him after she knew Zende wasn’t an option. Carter continues to reject the idea that Zoe is hedging her bets between him and Zende. Ridge hollers that it’s true; he even asked Paris about it and she did a tap dance. Carter booms, “No!” He recounts how Zoe came to him last night, excited to set a date. Ridge relays he scared her ahead of that… she was doing damage control. “You should go have a conversation with your very eager fiancée.” Carter punches the desk after Ridge walks out. 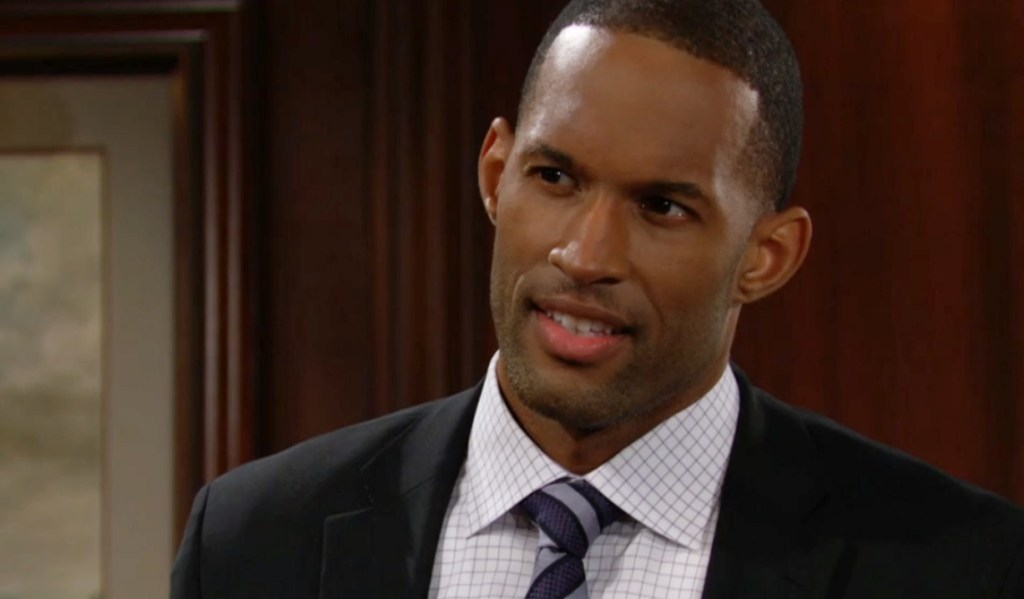 In the studio, Zoe tells Zende that Carter wants to marry her and Ridge won’t be getting in the way of that. She gets a text from Carter and assures Zende that she’s fixed this — she’ll soon be Mrs. Carter Walton and all this will be behind them.

Zoe joins Carter in the office and goes on happily about the wedding and becoming a power couple. Carter snaps, “Is that what you want to be? A power couple?” Zoe’s taken aback at his tone as he questions the sudden shift in her eagerness to wed. She’s stunned as he levels, “Am I really the man you want to marry, Zoe?!”

Next on The Bold and the Beautiful: Zoe makes a fervent attempt to salvage her relationship with Carter.

See Bold & Beautiful love triangles in the gallery below. Get your free daily soap-opera fix for The Bold and the Beautiful — and all of the other daytime dramas — delivered straight to your email inbox by signing up for Soaps.com’s newsletter. 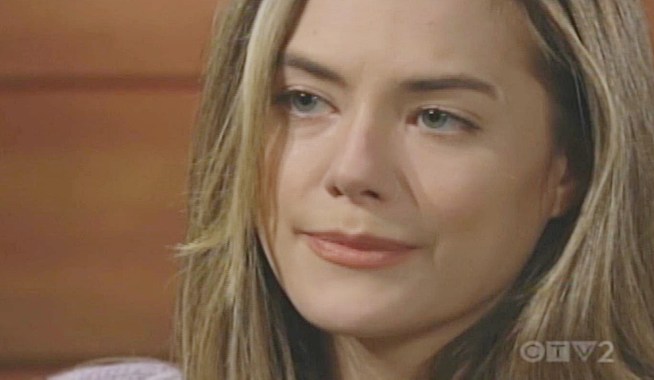 Carter Roars Accusations at Zoe After Coming to a Shocking Realization 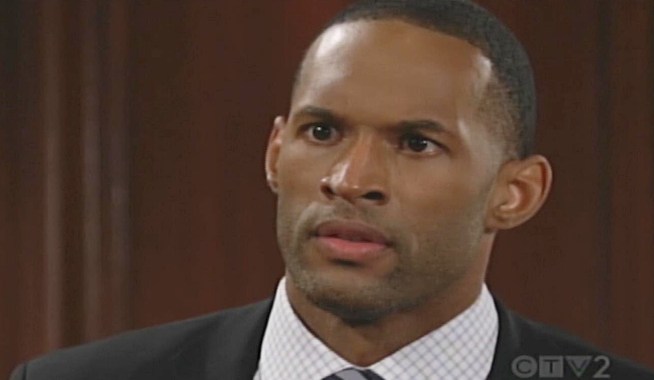