Ridge Interrupts Zoe and Zende in the Heat of the Moment 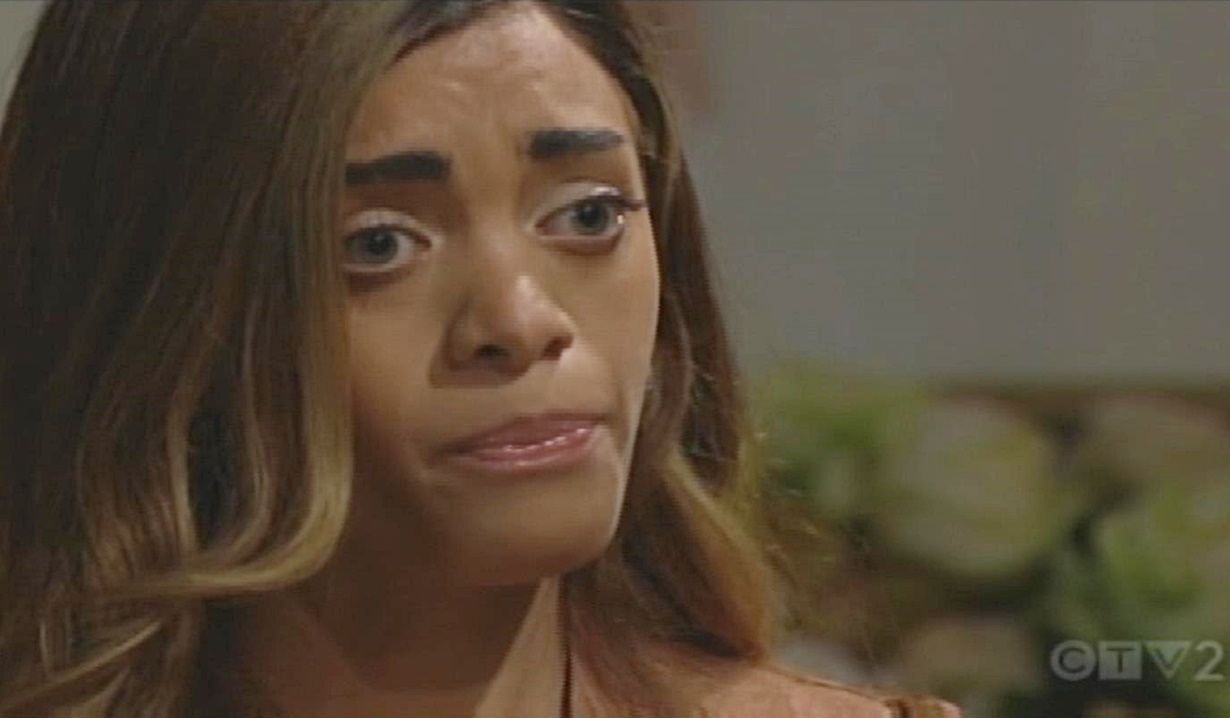 At Forrester Creations, Paris and Ridge agree they don’t want Carter to get hurt. He asks why she gets uncomfortable when he mentions Zende. Paris hints that she and Zoe see certain things differently… like Zoe. Carter enters looking for Zoe and chuckles that tonight they’re setting a date for the wedding. He’s texted her but she’s probably busy. Ridge just wants him to have a woman who loves him as much as he loves her.

More: Video: B&B and Y&R crossovers from the past

After Carter exits, Ridge asks Paris if she thinks Zoe feels the same way about Carter as he does about her. He doesn’t want to see him hurt. Ridge hired her in part because she’s a good person. What’s bothering him is bothering her too. “What’s going on with Zoe?” he asks. Paris claims she doesn’t know where Zoe is and Ridge abruptly tells her to show herself out as he leaves. 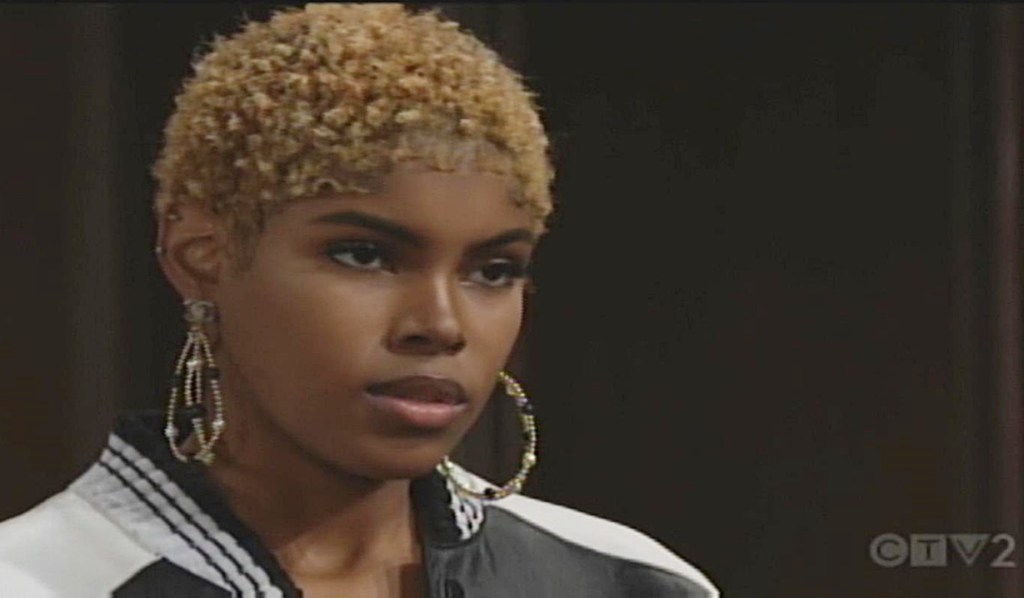 Carter re-enters the office, where Paris is trying unsuccessfully to reach Zoe. Carter enthuses that tonight is going to be huge for him and Zoe. Paris sighs.

At the Forrester mansion, Zoe tells Zende this could be the night to see where this goes. They need to let their guards down and be honest with each other. “It’s now or never.” Either she’ll find out tonight that her future is with Carter… or with him. Zende stresses, “This cannot happen!” Zoe wants to focus on them and adds, “I want you to focus on us.” Zende holler, “There is no us!” He has to be able to live with himself and she’s engaged to Carter. That’s her future now. 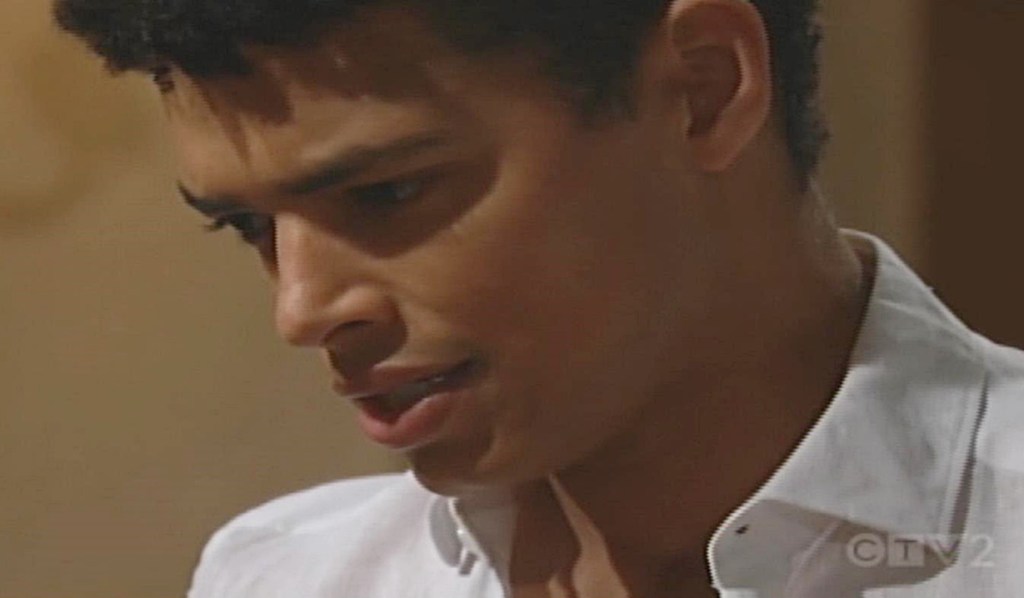 Zoe argues it’s not too late for her and Zende. This could be their beginning… and it could start tonight. She knows they both feel the attraction and she wants a night with him before she commits to Carter. She wants to know what it’s like, and wants Zende to know what it’s like too. Zoe tells him this could change everything. “Just give me a chance to prove it to you.”

More: Are we supposed to dislike Zoe?

At Spencer Publications, Bill flashes to his conversation with Katie about what kind of man she deserves. Wyatt and Flo wander in to invite him to dinner but Wyatt has second thoughts given that Bill’s looking gloomy. Wyatt complains this is what happens when Katie’s not around. Bill reflects on how Katie coming into his life changed him. He laments failing his family. Flo, as a woman, thinks if Bill told Katie all of that she’ll take him back.

At Brooke’s place, Katie finds Donna and asks her for some sisterly advice… or just to listen. Donna guesses it’s about Bill. They touch on Will wishing his parents would get back together again. Donna muses, “But that’s never going to happen. Or is it?” Katie fills her in on what Bill said to her, and admits she still loves him. She just doesn’t know if she can trust him. Katie needs a man who puts her first… especially over Brooke. 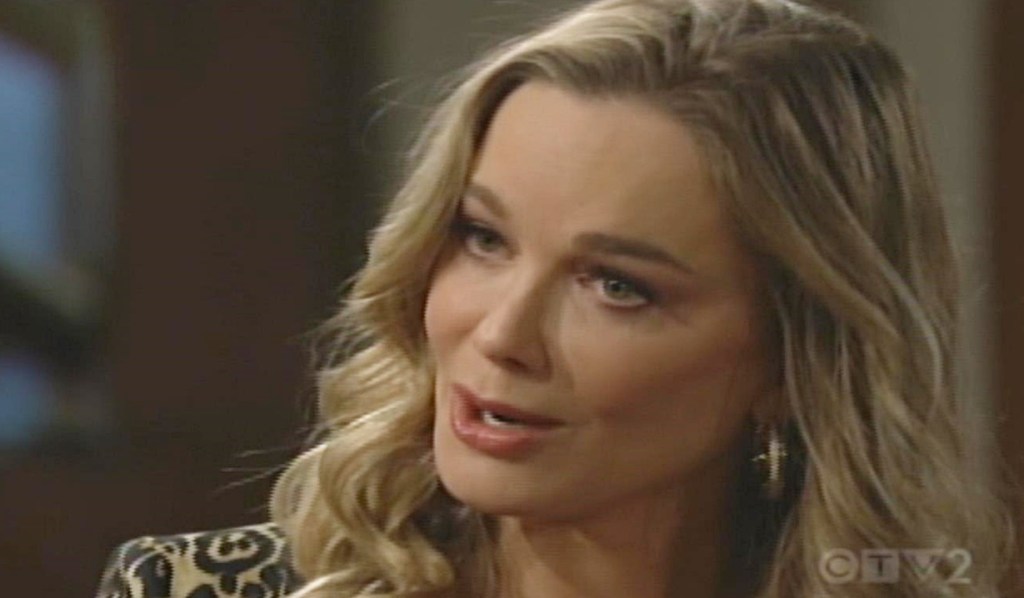 Still at Brooke’s place, Katie takes a call from Bill, who doesn’t want to pressure her, but wants to ensure she heard him. Bill vows he heard her and won’t do anything to compromise her trust again. “Give me one more chance to prove how committed I am to you.”

Still in the mansion, Zende tells Zoe she’s amazing; it’s why Carter wants to marry her right away. She doesn’t want to discuss Carter, but Zende shouts that they have to. He admits there’s chemistry between them but he can’t betray Carter. Nearby, Ridge arrives and listens as Zoe appeals to Zende to give in to the heat between them. Zende reminds her she’s engaged to Carter. Zoe keeps wondering about the life she could have with him. “Especially if you’re the man I’m actually supposed to be with.” She takes a step toward Zende, who steps back. Ridge emerges from the shadows and exclaims, “That’s enough! What did I walk in on here?”

Next on The Bold and the Beautiful: Ridge reacts to catching Zende with Zoe.

See Ridge and Brooke’s wedding gallery below. Get your free daily soap-opera fix for The Bold and the Beautiful — and all of the other daytime dramas — delivered straight to your email inbox by signing up for Soaps.com’s newsletter.

Zoe Gets Zende Alone and Makes a...

Zoe Flies Into Panic Mode After a...