Thursday, January 21, 2021: Today on The Bold and the Beautiful, Thomas supports Hope, Finn and Steffy look to the future, and Liam makes a confession. 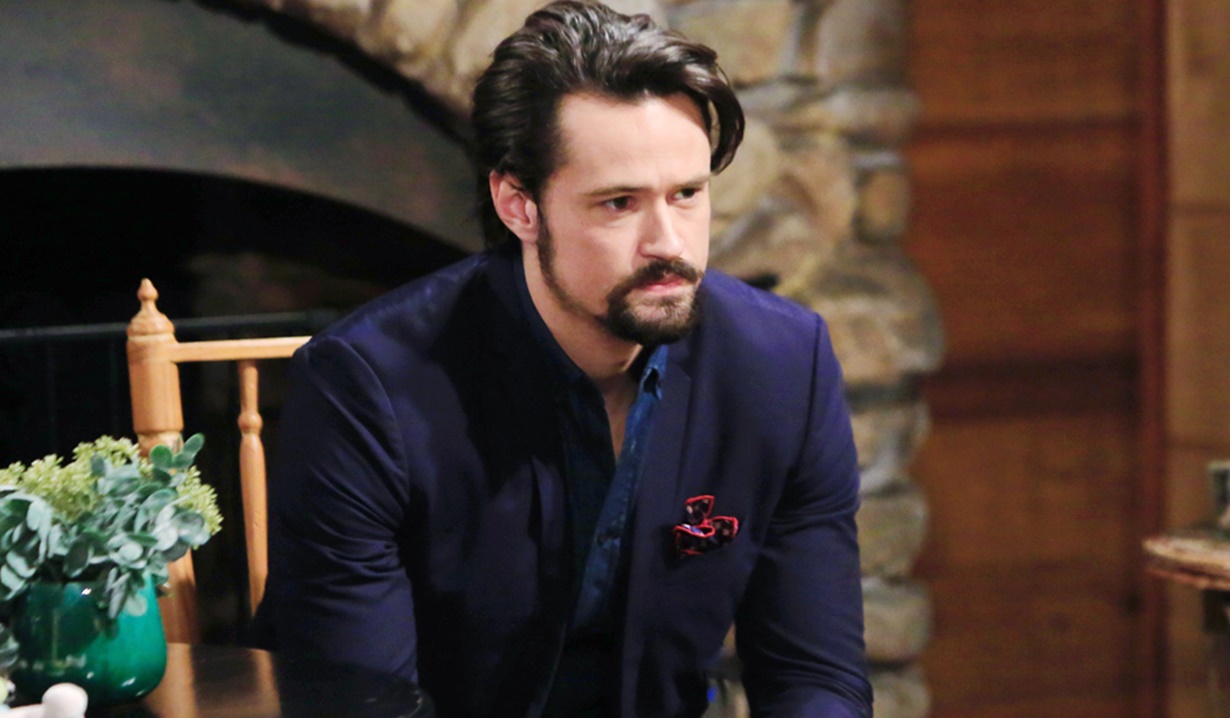 In the cabin, Hope tells Thomas, “No one else can know about this.” Thomas wasn’t trying to eavesdrop but recaps that Liam slept with Steffy, who is now pregnant. Hope confirms it’s true — and Liam may be the father. Thomas hates that she’s going through this and wishes he could take away her pain. He reflects on what Finn must be going through — he tried to warn him but no one could see this coming. Hope feels she should have; Liam was spending more time at Steffy’s. She exclaims that drinking isn’t an excuse; Liam knew what he was doing and knew it could destroy their family, but he did it anyway — that’s what hurt the most. 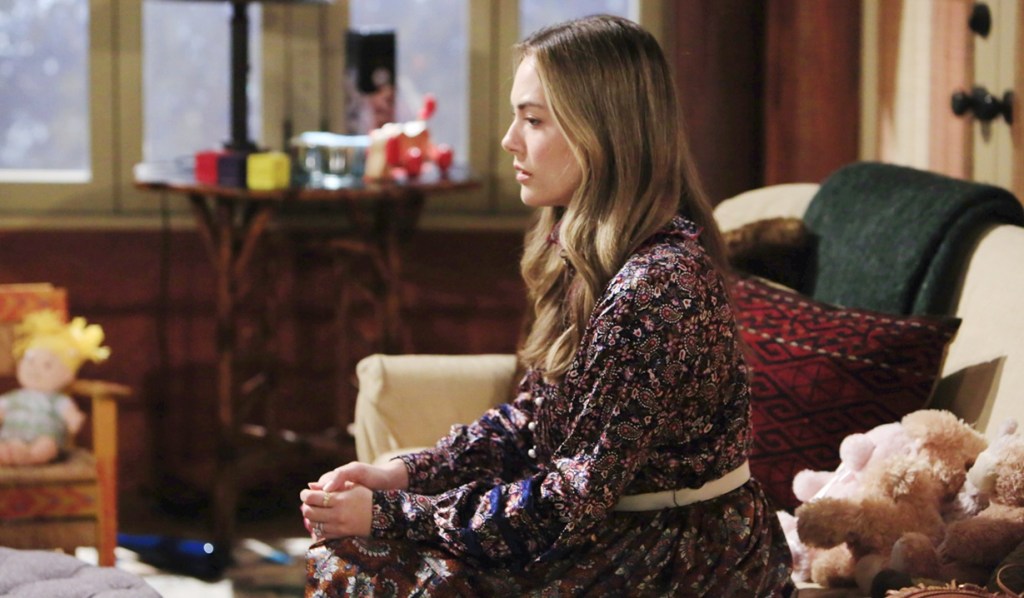 Thomas marvels at the fact that Liam could do something like this and figures it must feel like déjà vu for her. “You don’t deserve this.” Hope doesn’t want his pity or to hear that Thomas was right about Liam always letting her down, and always going back to Steffy. Thomas doesn’t care about being right. “I care about you!” He reminds her he did terrible things and she forgave him. Liam made a mistake but their family is at stake. Thomas sighs. “Liam loves you, Hope.” He knows the pregnancy could make things really complicated — Hope can cross that bridge when she comes to it, but she should cross it with Liam. Hope looks surprised. Thomas advises she should maybe give Liam another chance.

At Forrester Creations, Finn isn’t looking to go anywhere but needs Steffy to be honest about who she wants to be the father of her baby. Steffy wants to break the cycle her mother and Brooke started. Finn asks, “Does that mean you want to break free from Liam?” Steffy remarks on her rough life and laments letting Finn down. Finn needs to be more than a distraction from her feelings for Liam. Steffy protests — Finn is everything to her. She wants to stay on this adventure with him. She wants Finn.

More: The one woman who can save Liam

Finn warns she can’t want him just because Liam’s not available. Steffy details the reasons she loves Finn. She wants that for this child… for their child. Finn muses, “If I’m even the father.” Steffy wants Finn to be the baby’s father. She appreciates him saying he’s there for her regardless and reiterates she wants a future with him. Steffy hopes he wants that too. Finn remains silent. Steffy will understand if he chooses to leave. Finn turns around to walk out, but stops at the door. He knows she regrets what happened with Liam, but he believes it won’t happen again. Finn declares his love and says he wants that baby to be his. He hopes to build a future together with their child. Steffy’s flooded with relief. 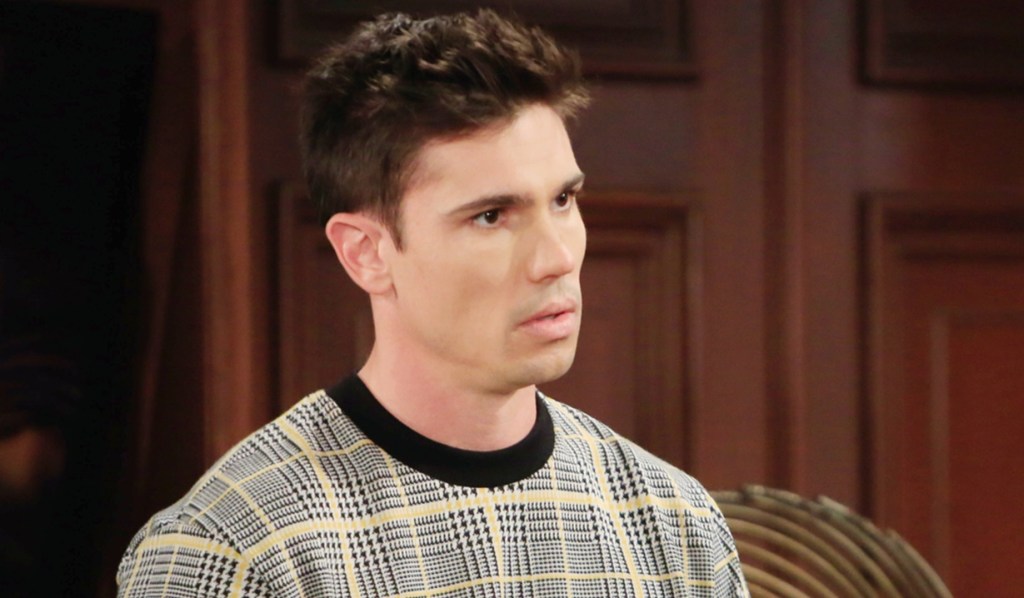 At Spencer Publications, Liam rants at someone named Bjorn on the phone and slams it down as Wyatt and Flo enter. Wyatt’s stunned. “That wasn’t the Norwegian deal was it?” Liam snaps, “What if it was?” Wyatt asks what is wrong with him — it can’t be that bad! He assumes Liam’s upset about Thomas living at Brooke’s place. They go over the misunderstanding when Liam thought he saw Thomas kissing Hope. Liam cuts the conversation off. Wyatt’s concerned about him. Flo leaves them to talk.

More: No one asked to see Flo play the victim

Wyatt tells Liam, “Okay it’s just us. Out with it.” Liam relays that his issue is partly Thomas… the other part is Steffy. Wyatt’s confused. He notices Liam’s eating roast beef and exclaims, “What the hell is going on?!” He promises not to judge him. Liam blurts, “I hurt Hope in the worst possible way.” Wyatt shakes his head, “No. You’re not saying… You and Steffy?” Liam nods. Wyatt yells, “What?!”

Liam confesses that there’s more — Steffy’s pregnant. Wyatt groans and holds his head. Liam lets out a tragic chuckle — ruining his life is what he does best.

Next on The Bold and the Beautiful: Wyatt calls Liam out for having sex with Steffy while married to Hope.

See a gallery of Liam’s history on Bold & Beautiful below. Get your free daily soap-opera fix for The Bold and the Beautiful — and all of the other daytime dramas — delivered straight to your email inbox by signing up for Soaps.com’s newsletter.

Thomas' Eyes Nearly Pop Out of His...

Ridge Intervenes When He Picks up on...