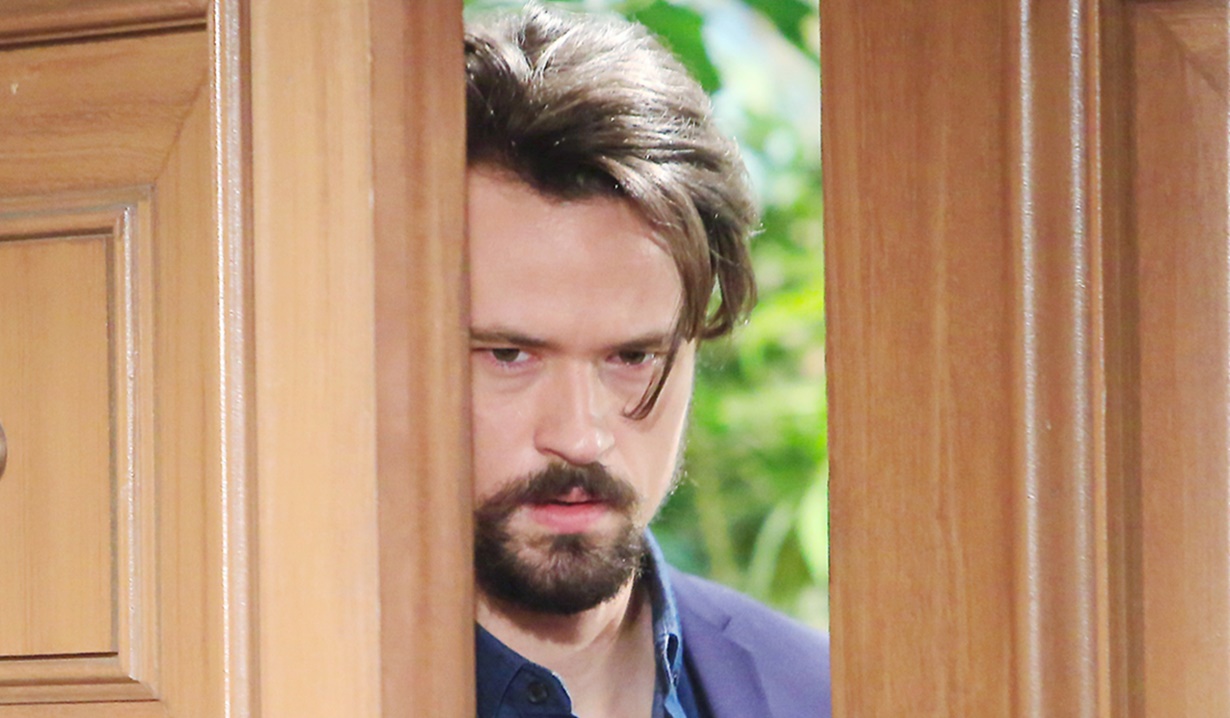 In Brooke’s living room, Liam goes over how much he loves Hope and vows he’ll do whatever it takes to fight for her and save their marriage. He’s begging her to open up her heart to him one more time. Liam rants emotionally about how he’s failed their marriage. It will haunt him for the rest of his life, as it should. Hope gives him the side-eye as he wonders if he’s lost her already, or if she’ll forgive him.

Liam launches into another speech about never again taking her for granted and the mess he’s made. He marvels that after all the ways he’s hurt her she still loves him. Hope finally tells him to stop. She knows he regrets what happened and doesn’t question his love for her and the children. Liam pleads with her to tell him he hasn’t destroyed them and that they’ll be okay. 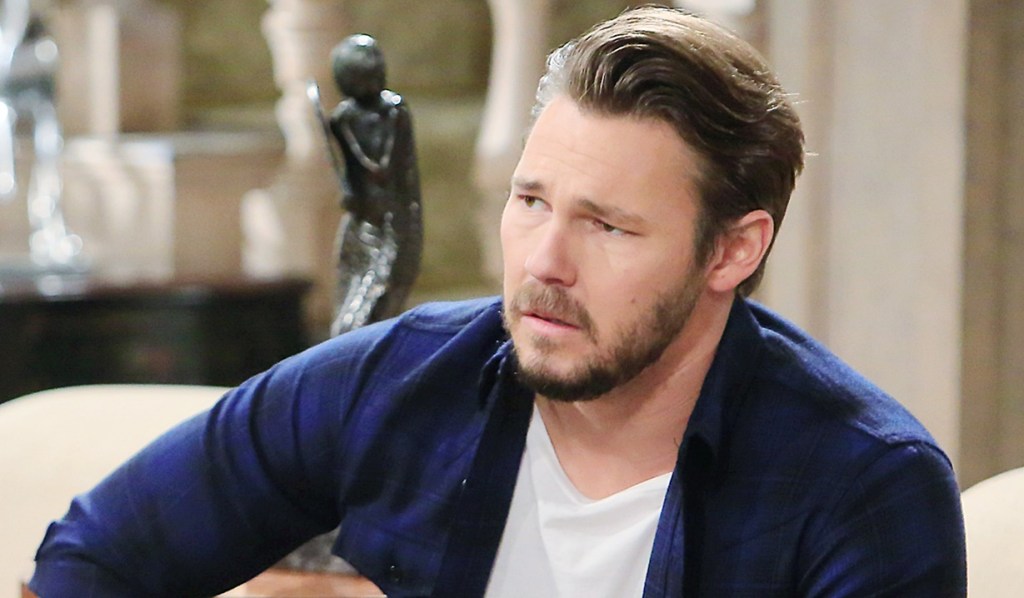 In Forrester Creations’ office, Steffy insists to Finn that she wants the baby to be his. He warns they won’t know until they get a paternity test and admits he’s more concerned with her feelings for Liam… especially if it’s his baby. Steffy concedes her feelings are complicated. Finn clarifies her feelings about Liam are complicated and wonders if she’ll have trouble committing to him fully if Liam’s the father of her unborn child.

More: How to redeem B&B’s Liam

Finn worries if he’s not the father, Liam will be in Steffy’s life more than ever… though that’s not a deal-breaker for him. Finn recalls Thomas warned him this could happen. Steffy protests that it won’t happen again. Finn doesn’t trust Liam and doesn’t think she should either. Suddenly, Thomas enters and asks, “What’s going on?” He refuses to be put off and urges Steffy to talk to him. 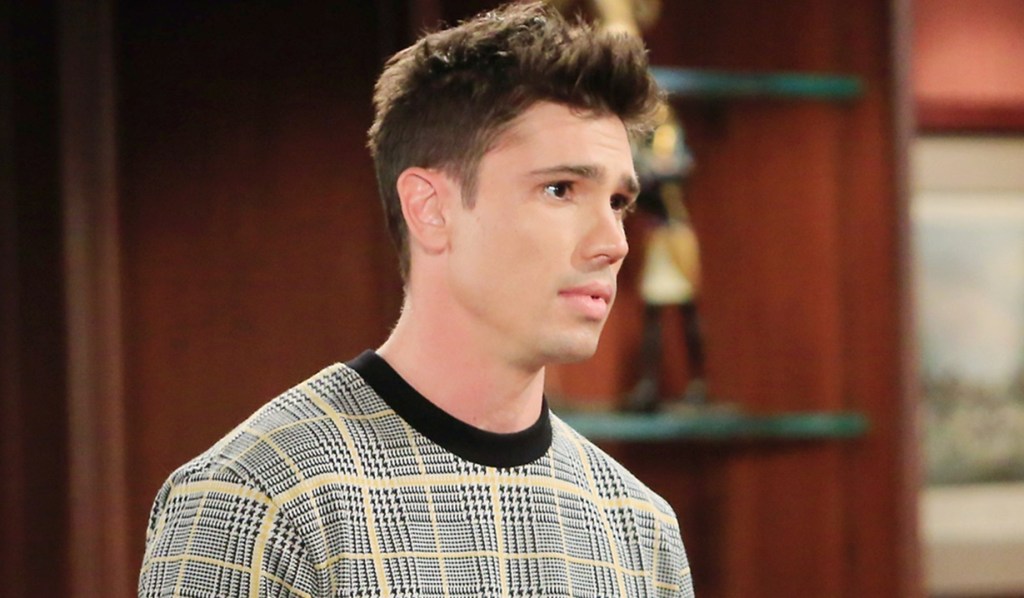 Finn asks Thomas not to concern himself with their personal issue. Steffy shares that she’s been overwhelmed but Finn’s been very understanding. Thomas was looking for Hope and decides he’ll check for her at home. Once alone, Steffy thanks Finn for not saying anything to her brother. He assures her he’ll always be there for her, but questions if she really loves him the way he loves her or if what she’s feeling is gratitude. Steffy protests. “I love you for you, as a man, as a lover, as my friend.” Finn asks her to be honest, “Who do you want the father of the baby to be? Me or Liam?”

At Spencer Publications, Flo calls Summer out for asking Wyatt about Sally. She wonders if she’s hoping to find dirt on the redhead. Summer hedges, “Is there dirt?” Flo decides they should get to know each other a bit first. Summer interrupts, “Before you spill the tea?” Flo didn’t say there was tea to spill.

Summer relays she’s a Newman before bringing the conversation back to Sally. Flo admits Sally’s not her favorite person and she’d like nothing better than to broadcast the truth about her throughout Spencer Publications. Summer muses, “Tell me more.” Flo warns they shouldn’t be talking there because of Wyatt. They make a plan to meet up elsewhere as Flo feels Summer deserves to know the truth about Sally. 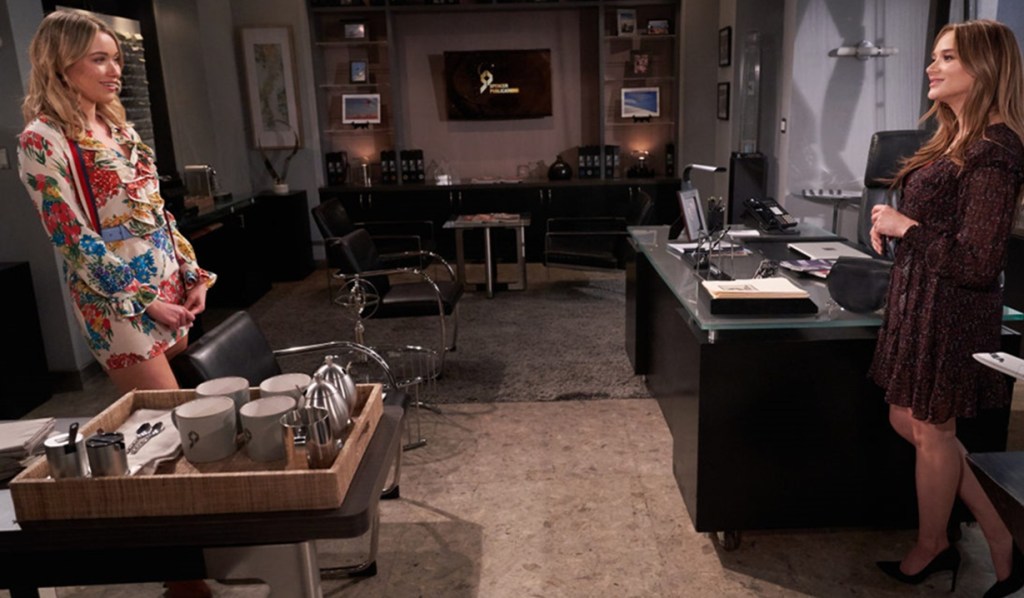 Thomas arrives outside Brooke’s door in time to hear Liam rambling in fear that he’s thrown away the woman he loves over a misunderstanding. He narrows his eyes as Liam pleads with Hope, “Tell me you won’t let that happen.”

Liam goes on about thinking he saw Hope kissing Thomas and running straight to Steffy. Hope recaps that he lost faith in her and turned to Steffy for comfort. Thomas’ eyes widen as Hope speaks about Liam having sex with Steffy and her possibly carrying his child. Liam vows to spend the rest of his life trying to put the pieces back together. He leaves her to think, and Thomas enters. Hope wipes away tears. Thomas tells her she doesn’t have to hide her tears — he heard everything.

Next on The Bold and the Beautiful: CBS will pre-empt Bold & Beautiful for Presidential inauguration coverage.

Look back on Thomas’ history in the gallery below. Get your free daily soap-opera fix for The Bold and the Beautiful — and all of the other daytime dramas — delivered straight to your email inbox by signing up for Soaps.com’s newsletter.

Hope Confronts Steffy About Her...