Thursday, January 14, 2021: Today on The Bold and the Beautiful, Hope hides the truth from Brooke, Vinny visits Thomas, and Steffy runs into Hope. 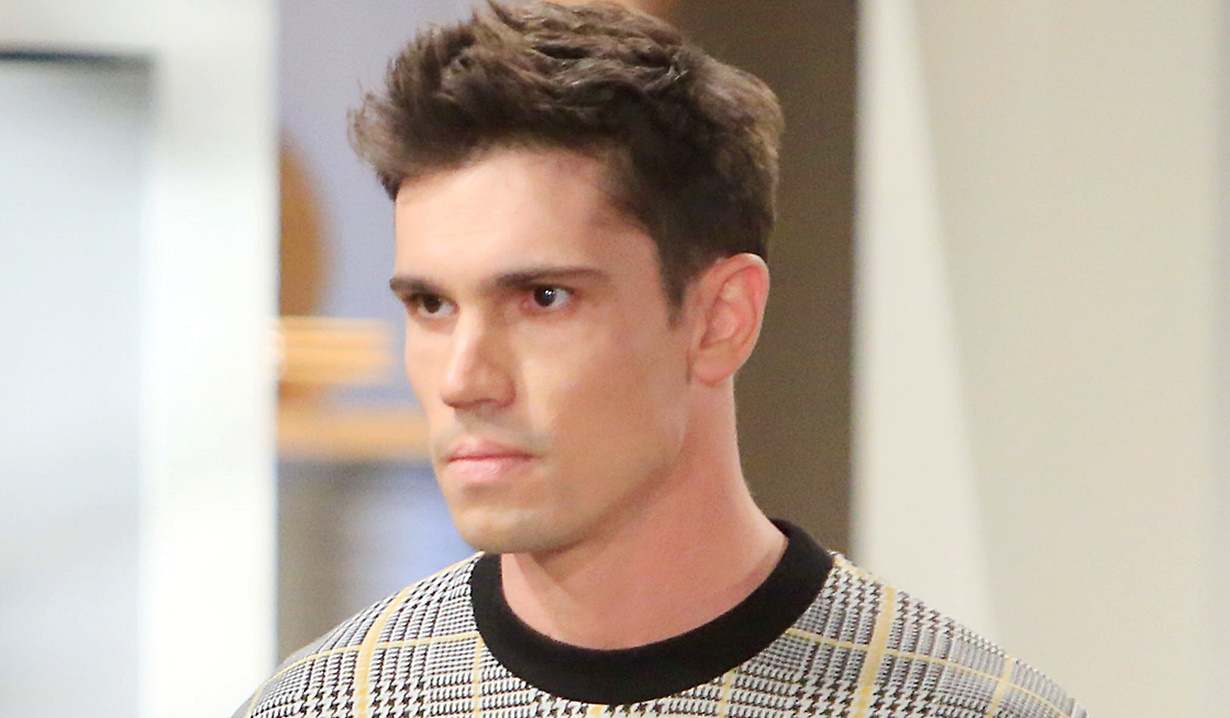 At the cliff house, Steffy sees Kelly and Amelia off as they leave for the aquarium. Liam arrives and reveals Hope knows everything. Steffy told Finn too. They recap that Hope and Finn deserved to know the truth and that the baby could be Liam’s or Finn’s. She hopes Finn will forgive her and frets that if the baby’s his, she’s robbed him of that pure joyful moment finding out he’s going to be a father. Liam hopes it works out for her. Steffy guesses Hope wasn’t forgiving.

Liam reflects that coming clean to Hope about it all was the hardest thing he’s had to do. He explains she was willing to try again after learning they’d slept together… but then he had to tell her Steffy’s pregnant. He’s concerned if he’s the father they might not make it. Steffy is going to get a paternity test. She concludes whether the child is Liam’s or Finn’s, it will have a great dad. 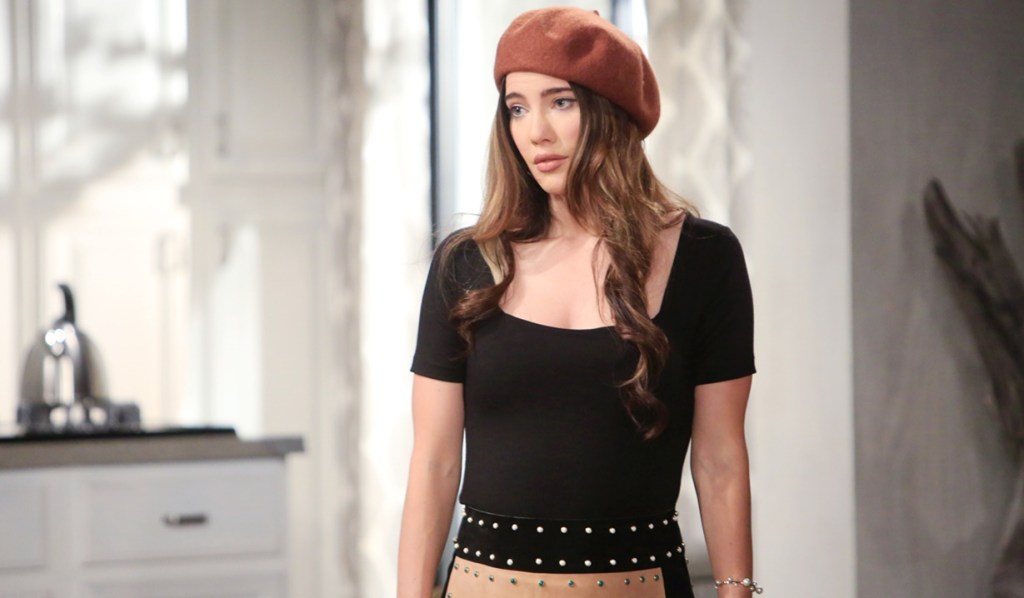 More: Why Hope’s reaction was all wrong

Steffy leaves for work as Liam puts something in Kelly’s room. Liam stops to look at the portrait on the wall as Finn enters from the kitchen doors. He asks, “What the hell are you doing here?” He was going to come looking for Liam and confronts him about his so-called reasons for what happened. Why didn’t he enter Thomas’ apartment when he thought he was kissing Hope? Finn suggests Liam was looking for an excuse to come to Steffy’s. Liam stammers a denial, but Finn lashes out that Liam didn’t care that Steffy was in a committed relationship and sure as hell didn’t care about his vows to his wife! 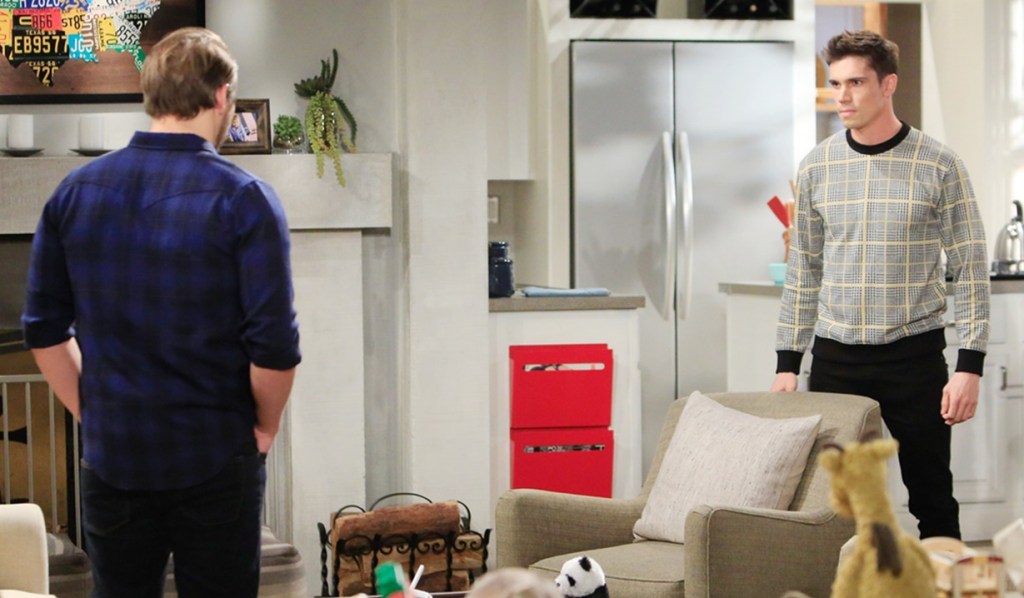 In Brooke’s living room, Hope drinks coffee. Her mother appears, thinks she looks exhausted, and remarks on what a great job she and Liam are doing raising Beth and Douglas. They’re giving Thomas’ son a loving and safe home. She goes on about Steffy being serious about the new man in her life — this should be a peaceful time for her and Liam. Hope doesn’t want to talk about it right now. Brooke asks, “Is something wrong?” 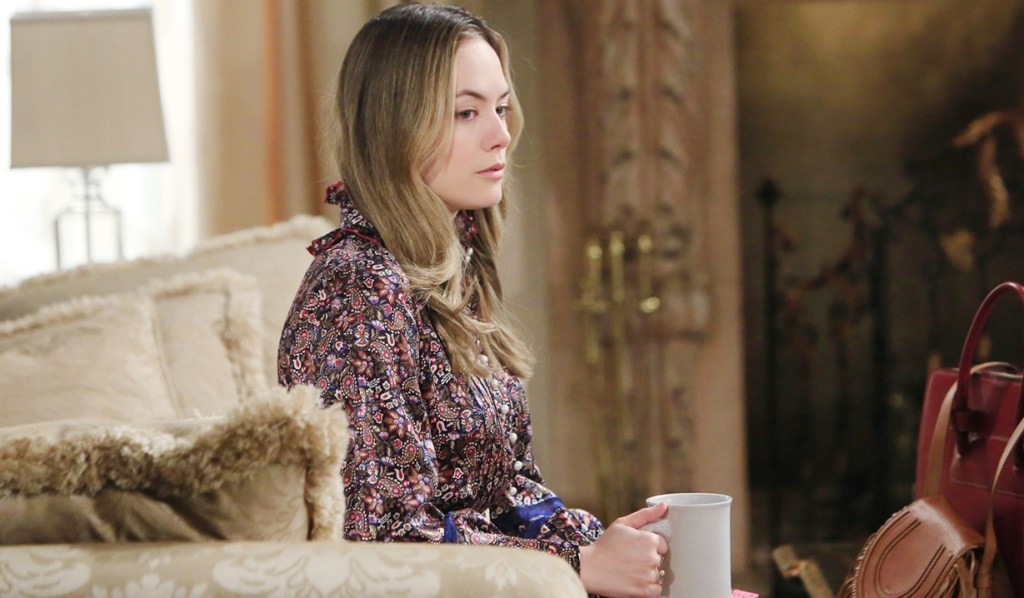 Hope talks about finally letting her guard down with Liam and then getting thrown a curveball. Brooke assumes she’s talking about Thomas’ medical crisis and reassures her. Hope thanks her for listening and heads to the office.

At Forrester Creations, Thomas’ pal Vinny enters the main office. Thomas, pleased, says it’s good to see him. Vinny says it’s good to see him too, and adds, “We could have lost you.” Vinny chortles at Thomas working away already. He would have visited sooner but work has been crazy. Thomas wasn’t much up for visitors anyway. Vinny marvels that when he heard Thomas had a brain injury he thought he was a goner. Thomas credits Hope for saving him. 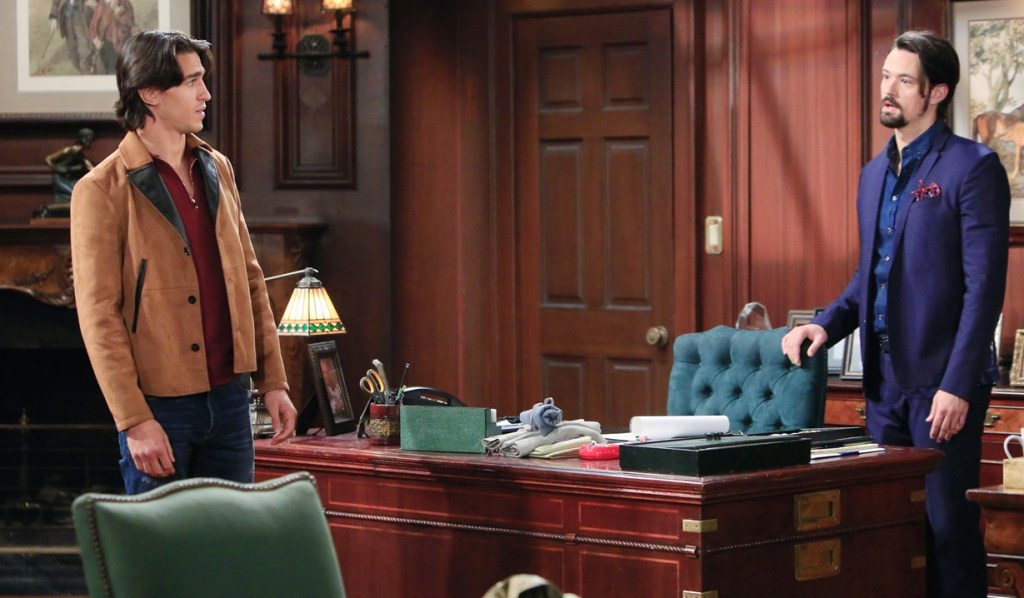 A bottle of pills fall out of Vinny’s pocket as he checks his phone. Talk turns to Hope’s relationship with Liam. Hope arrives outside the door in time to hear Thomas say she deserves a man that’s committed to her and only her. 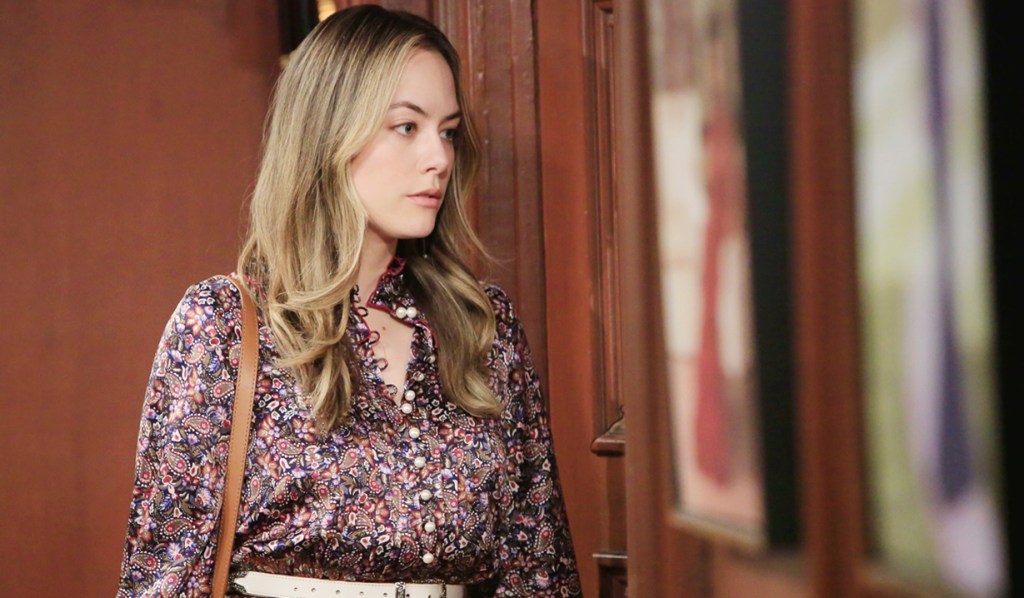 Hope enters the main office and they go over Thomas’ health scare again. Vinny leaves, and Thomas reiterates to Hope that she saved his life. As Thomas starts going on about the line, Hope zones out. He asks if something’s wrong. Suddenly, Steffy appears. Thomas leaves them to talk when asked.

More: B&B characters to cross over to Y&R

Steffy closes the office door and apologizes to Hope — it was a huge misunderstanding. “If Liam could go back…” Hope interrupts, “Would he?” She thinks it’s all becoming clear. Hope rants about the portrait still hanging in her home and thinks she would love a do-over. “Admit it. You finally got what you wanted. Another chance with Liam. Another chance with my husband.”

Next on The Bold and the Beautiful: Hope challenges Steffy about her night with Liam.

See photos from Steffy and Hope’s rivalry over the years in the gallery below. Get your free daily soap-opera fix for The Bold and the Beautiful — and all of the other daytime dramas — delivered straight to your email inbox by signing up for Soaps.com’s newsletter. 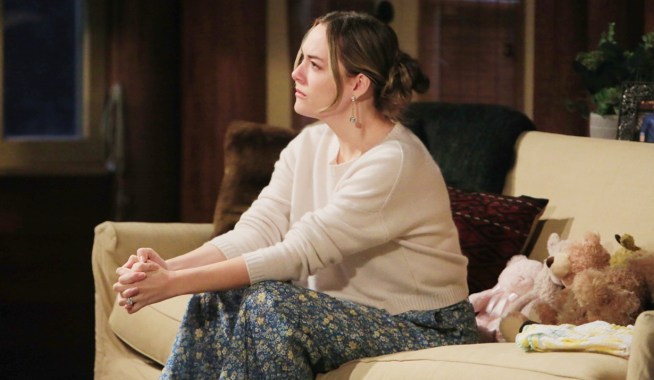 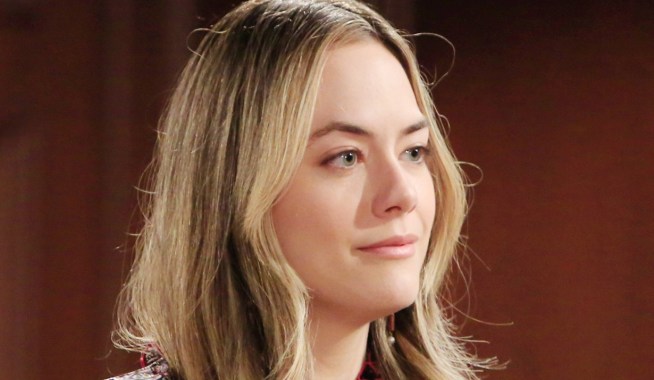