Friday, December 18, 2020: Today on The Bold and the Beautiful, Finn can’t shake the feeling that something is going on with Steffy, Ridge shares his concerns regarding his kids, and Brooke offers support. 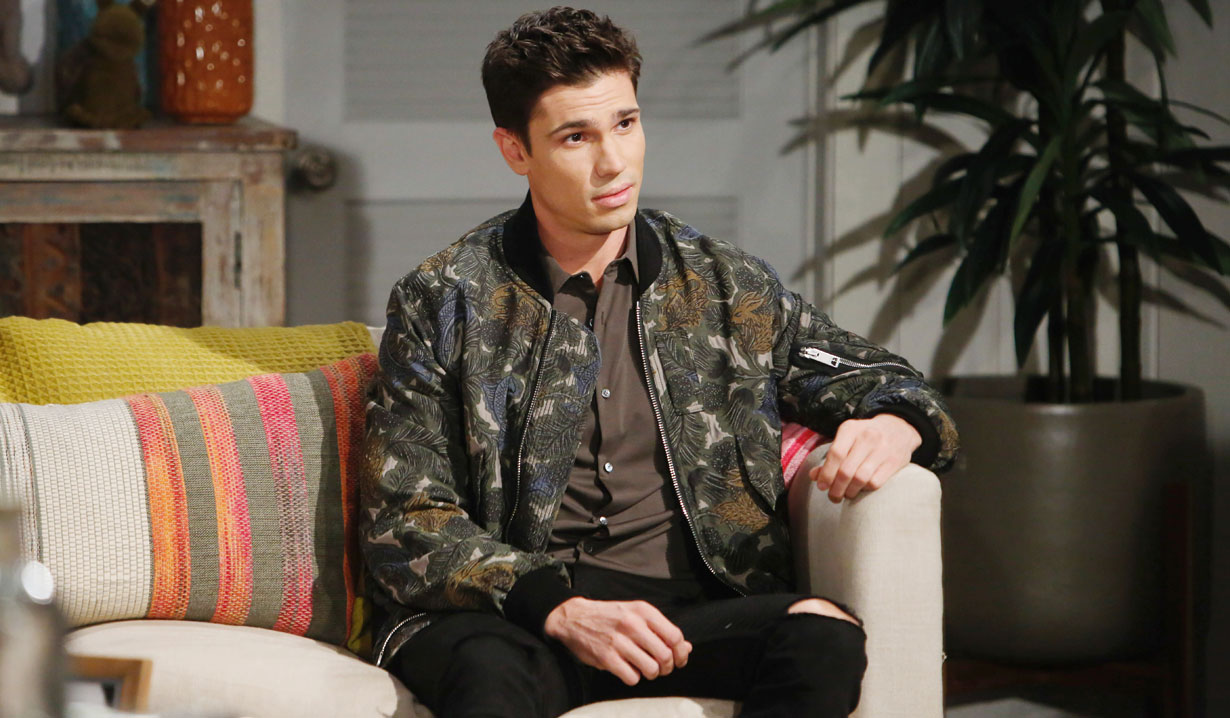 At the cabin, Hope thanks Liam for the wonderful dinner he cooked then reflects on all the craziness that’s happened. When Hope briefly checks on Beth, Liam thinks back to Steffy warning him to keep their secret. When she returns, both agree that keeping Douglas out of the loop was a good idea. Liam assures Hope that when they do tell Douglas, they’ll do it the right way. Hope thinks Liam always does everything the right way — look how he’s been there for her. In the end, he came through for her. Liam appears guilty. 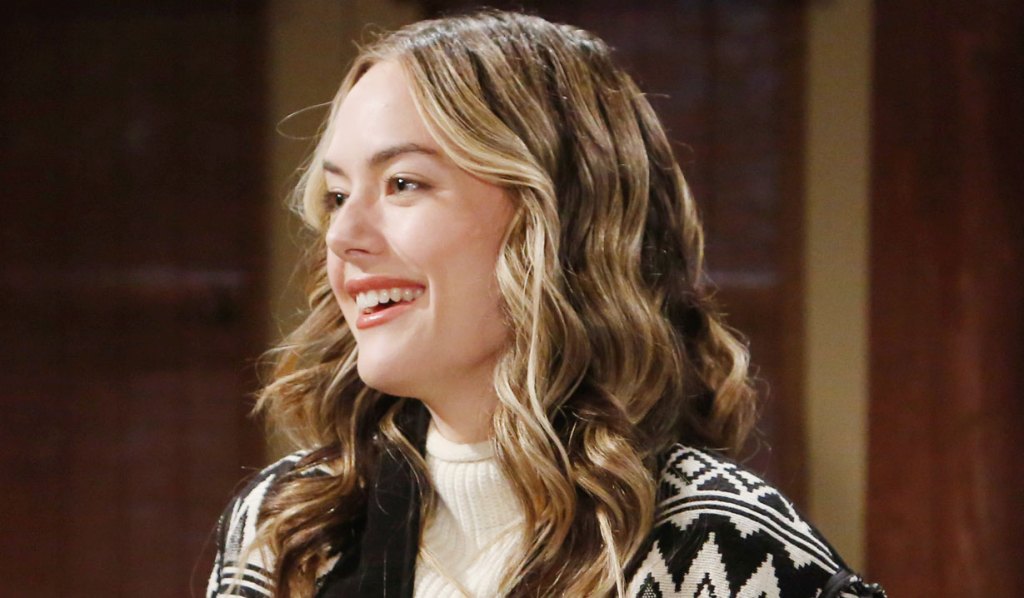 Hope continues to gush about Liam’s good character and how he takes care of her — and Steffy. He’ll always be a man of integrity. Liam is jittery and says he doesn’t deserve all her praise. Hope professes her love and vows she’d never betray him. He knows that, right? She knows Liam will always be loyal to her and their marriage. 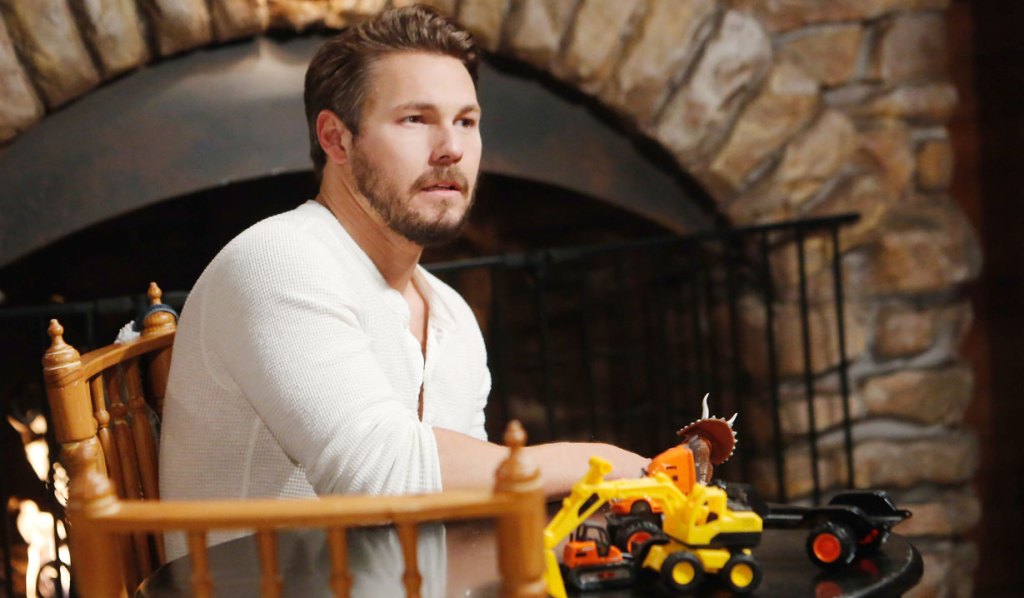 Over at the cliffhouse, Finn tries to calm Steffy down as she worries about Kelly being away for the night then wonders if there is more to her stress. He insists Thomas is in good hands, Kelly is having fun at her sleepover and urges her to relax — unless something else is going on? Finn hopes she would open up to him if that was the case. He credits Steffy and Liam for not cracking under pressure, during all of the gray areas of what happened, and thinks Steffy’s as loyal as they come. 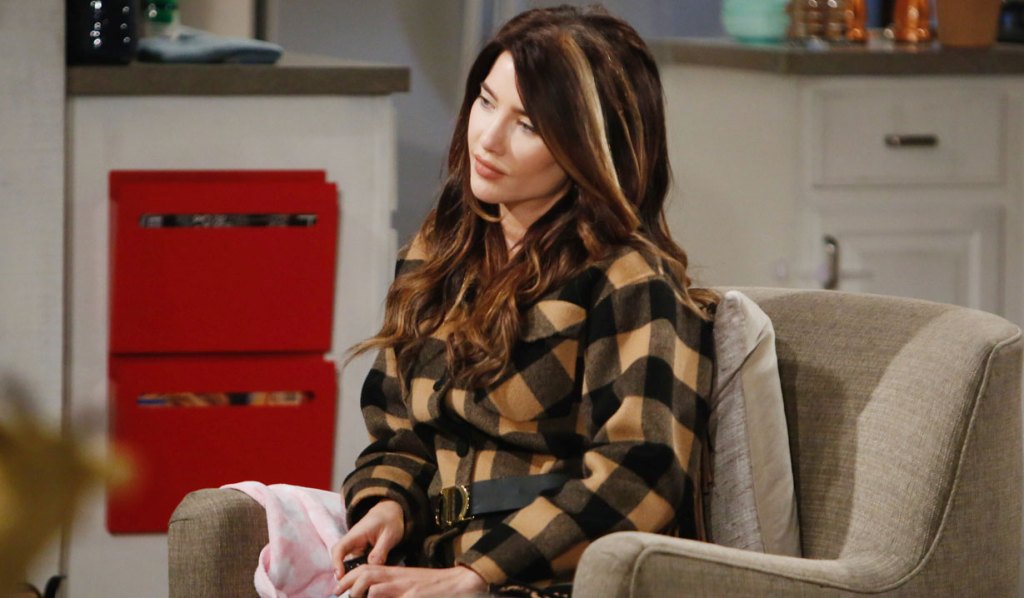 He doesn’t want to rush her into talking about what happened but brings up the kiss. Steffy becomes nervous until Finn goes on about Thomas kissing the mannequin. He wonders what she thought he meant? Steffy covers then nods when Finn admits Hope told him that Liam thought Thomas was kissing Hope. “It was an honest mistake,” Steffy replies. Finn can only imagine how Liam reacted. He must have totally flipped out, thinking his wife cheated on him! “I’m surprised Liam didn’t lash out in some way,” Finn sighs. Hope told him that everything is fine in their marriage and there was no fallout from the kiss. As Finn goes on and on, Steffy clearly tries to contain her guilt.

Ridge joins Brooke in their bedroom but turns to go return to Thomas. He doesn’t want him to be alone. Brooke convinces him to stay, insisting Thomas is under good care. Ridge can’t help remembering just how close he was to losing his son. He’s glad Thomas wasn’t alone during his breakdown, everyone’s been great, Finn, Hope… Ridge comments on Finn’s impact on Steffy then breaks down and cries, “I can’t lose another kid.” He talks about losing Phoebe and how Douglas lost Caroline. He never wants to step foot in that hospital again, especially since he was just there for Steffy. He recalls waiting for Thomas to wake up after surgery and not knowing if he was going to survive. 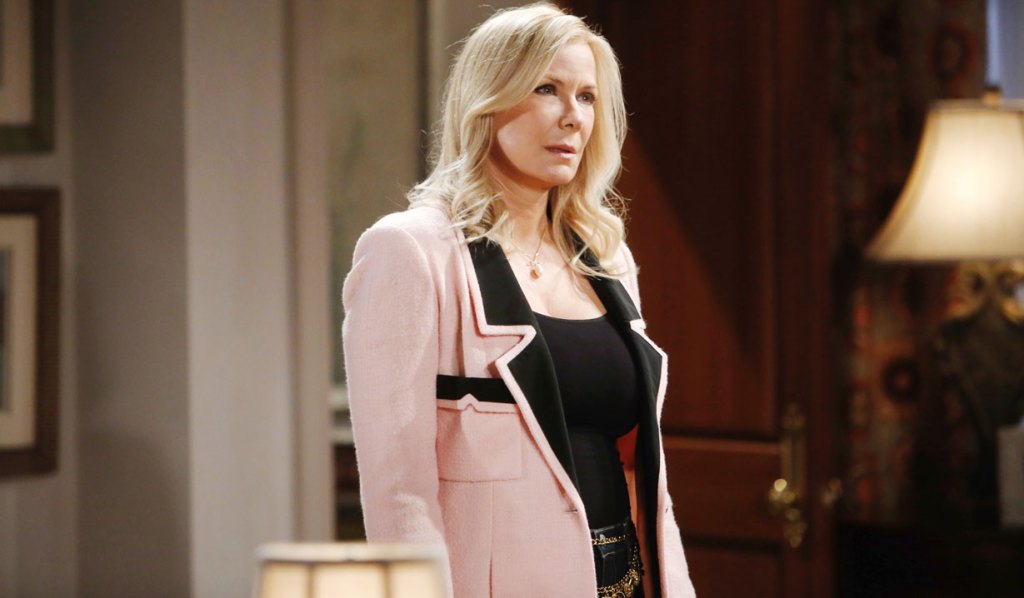 Next on The Bold and the Beautiful, Ridge gets very emotional when talking to Brooke.

Take a look at our gallery below featuring some memorable Christmases on Bold & Beautiful then get your free daily soap-opera fix for The Bold and the Beautiful — and all of the other daytime dramas — delivered straight to your email inbox by signing up for Soaps.com’s newsletter. 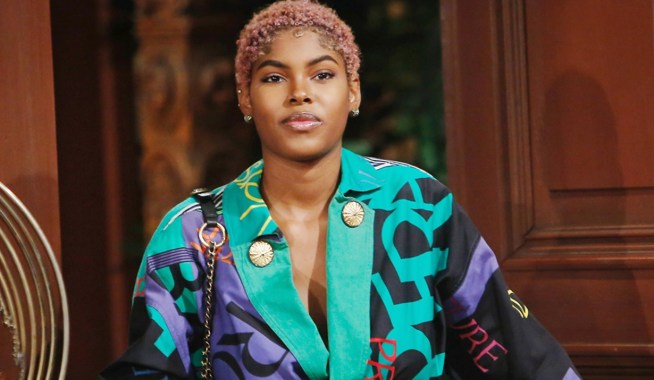 Paris Walks in on a Close Moment Between Zende and Zoe

Steffy Cements Her Commitment to Finn After a Discussion About Guilt 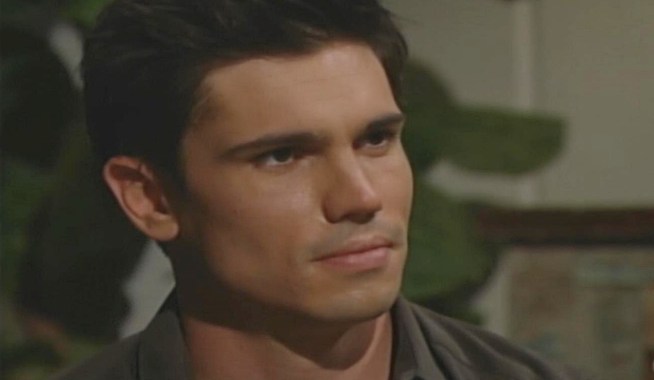