Monday, December 14, 2020: Today on The Bold and the Beautiful, Hope works to keep Thomas calm, Steffy and Liam reaffirm their love for one another, and Zende shares news about Thomas. 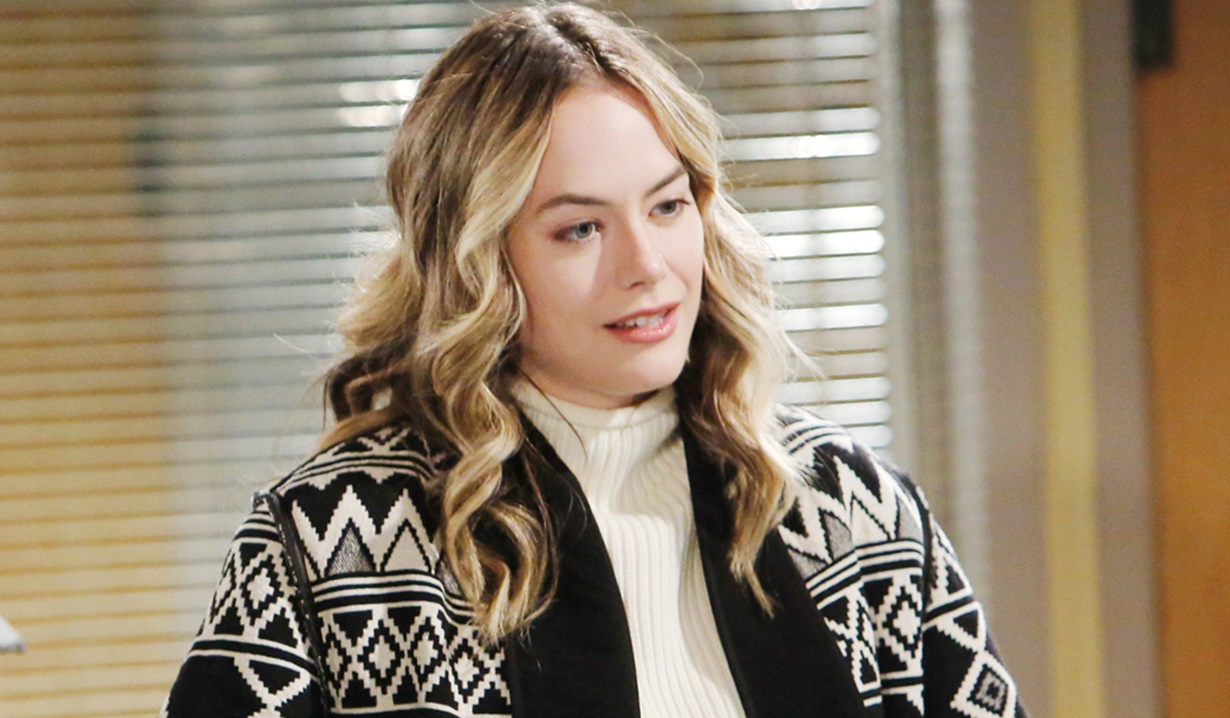 In the hospital, Hope urges an upset Thomas to take it easy and not think about what happened, but the images are seared in his brain. He agonizes over having kissed the mannequin and groans, “What is wrong with me?” Thomas flashes to the Hope doll making a demand and flinches — he can’t be a father. Hope assures him he’s not a threat to Douglas, to her, or to himself. “Everything is going to be alright.” She urges him to look at her and asks, “Would I lie to you?” Hope promises he’ll be okay. They discuss the changes Finn saw in Thomas that led to his concerns, which he relayed to Hope, who recalled he had hit his head. Thomas is so ashamed Hope saw him with the doll. Hope asks him to stop blaming himself for something he couldn’t control and explains he had a subdural hematoma. “You could have died.” Thomas is relieved to hear he’s not crazy and not a danger to Douglas. He breathes, “Thank God,” then checks to confirm she’s no longer afraid of him. Hope is not, but she was a little freaked out until she fully understood what was going on. Thomas isn’t obsessed, but he does still care about her. He clarifies he accepts the decisions she makes for her life but he’ll always love that she’s the mother to his child. He shrugs that he may just be a one-woman guy to a fault, but he’ll always love her.

In Malibu, Steffy warns Liam that revealing their night together will blow up his marriage. She feels they’re equally responsible but Liam recaps that neither of them really knew what was going on; it was all based on a misunderstanding. Steffy continues to plead the case for Liam to keep their secret. It would devastate Hope and kill Finn. They agree it felt right at the time. Steffy admits, “For a minute I thought…” Liam interrupts and says, “I thought the same thing.” They go over how natural it feels to be together. Liam believed they were going to have their life and family back. He never stopped loving her. Steffy feels the same way and they share a moment over their connection and chemistry. She assures him however this turns out, she’ll be fine. Liam admires her strength and resilience. Steffy tells Liam he and Kelly will always be her greatest gifts. Her co-parenting approach is just one of the reasons he’ll always love her. They both wanted a future together again in the moment they shared… and for a brief shining moment the wish almost came true. 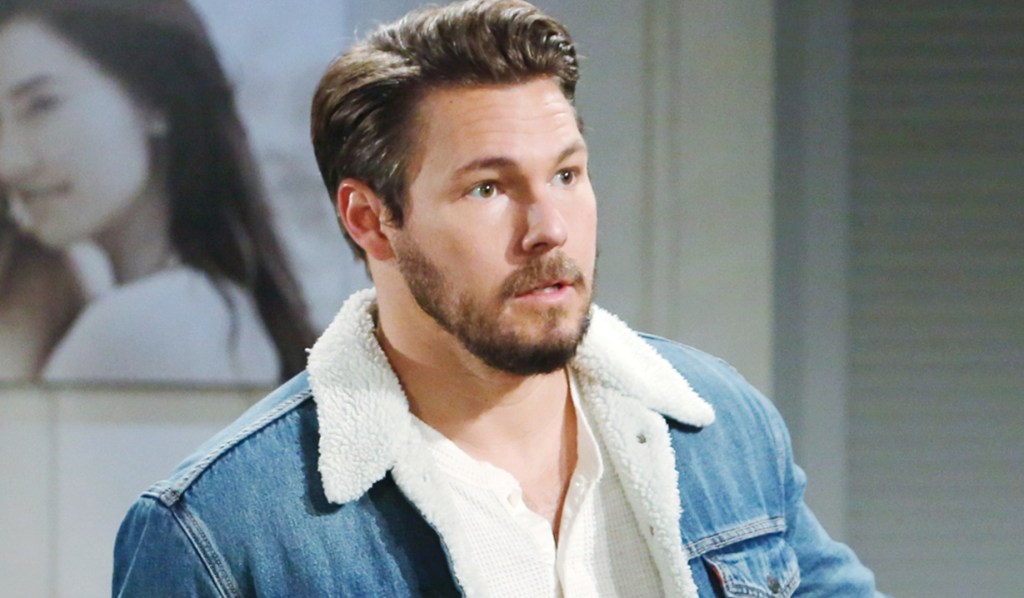 At Forrester Creations, Carter and Zoe are discussing her wedding dress when Zende bursts in and says they won’t believe what happened to Thomas! Viewers don’t see as he fills them in offscreen, after which Zoe wonders if Douglas knows. Zende relays that he doesn’t. Zoe’s relieved he survived the surgery and can’t imagine what Thomas has been going through. Zende marvels that he was covering it all up and trying to appear normal. Carter presumes he was concerned about ruining the good will he’d rebuilt. Zoe thinks that’s sad. Carter tells her she’s an amazing person and gushes about marrying her. Zende rolls his eyes just a tad. 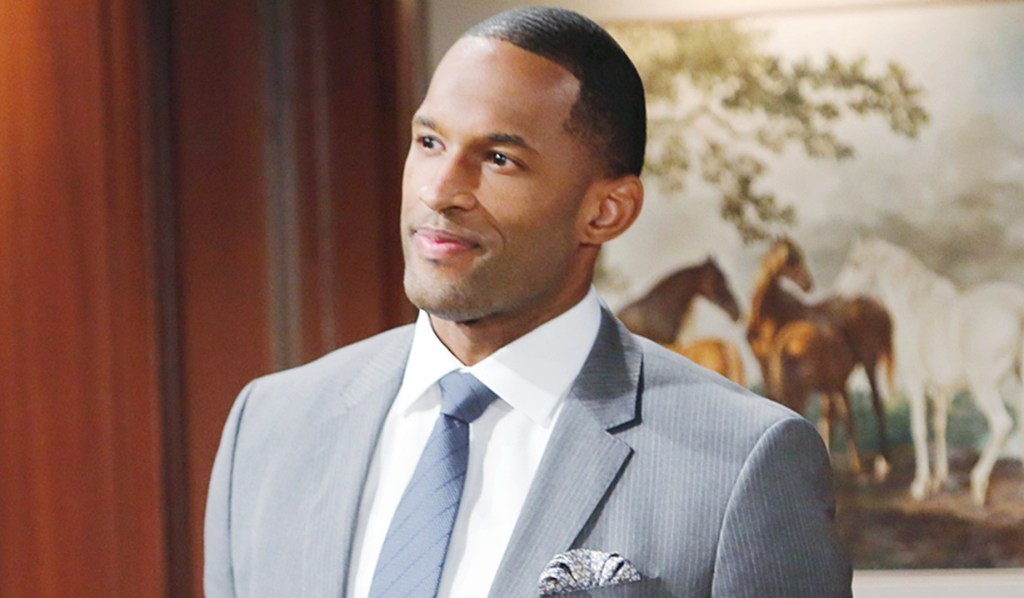 Next on The Bold and the Beautiful: Thomas makes a confession to Ridge.

See possible love interests for Katie in the gallery below. Get your free daily soap-opera fix for The Bold and the Beautiful — and all of the other daytime dramas — delivered straight to your email inbox by signing up for Soaps.com’s newsletter. 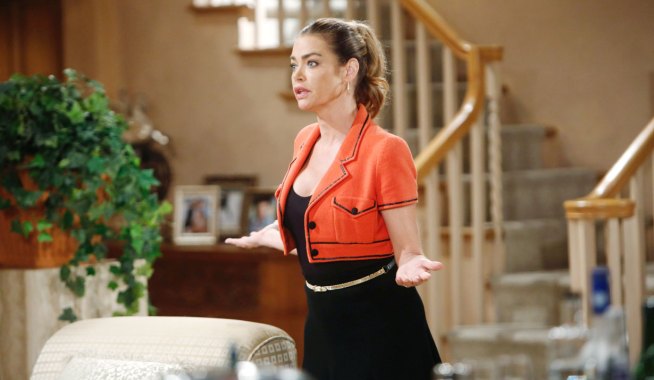 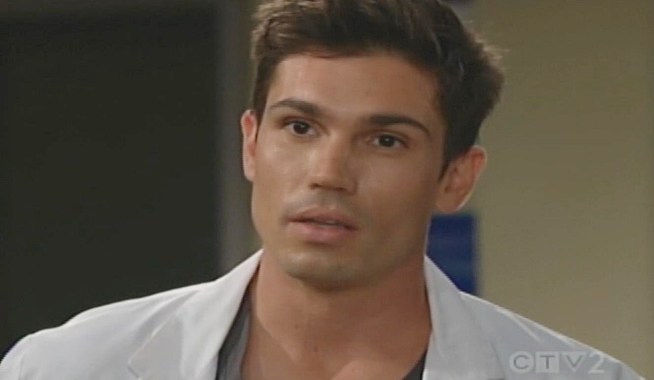