Monday, December 7, 2020: Today on The Bold and the Beautiful, Liam's horrified, Ridge is frantic about Thomas, and Zende asks Paris out. 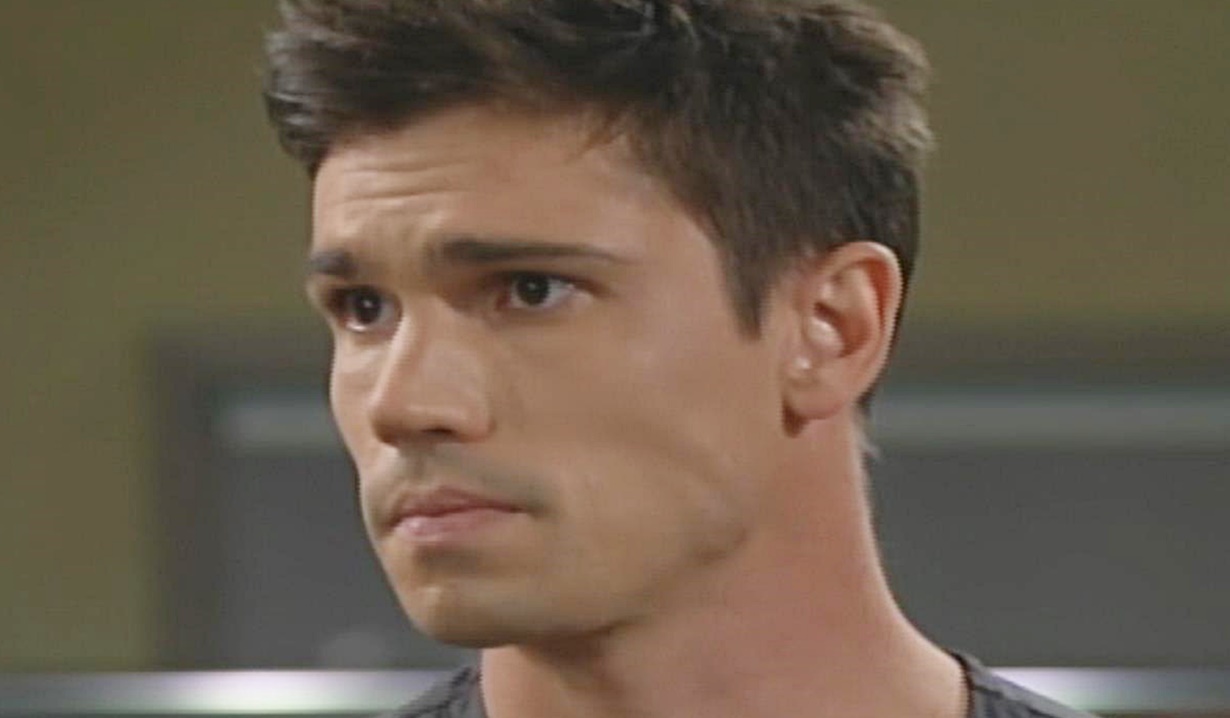 At Thomas’ apartment, Liam struggles to grasp what Hope is telling him — that he saw Thomas kissing the mannequin last night, not her. She reiterates that she and Douglas had dinner and left. She came back for her purse, but Thomas got sentimental and she quickly left again. When Liam came by she wasn’t there — it was the doll. Hope confirms she didn’t make out with Thomas and exclaims, “I wouldn’t do that to you! I wouldn’t betray you like that!” Liam grimaces. Hope goes on to explain that she found Thomas completely hallucinating and talking to the doll as though it was her. She cries that he was totally unraveling and then he collapsed. Hope called 911 and Finn and Thomas was rushed to the hospital. “We need to go!” She repeats she would never break their marriage vows as she heads out the door. Liam wears an expression of horror as he flashes to sex with Steffy. 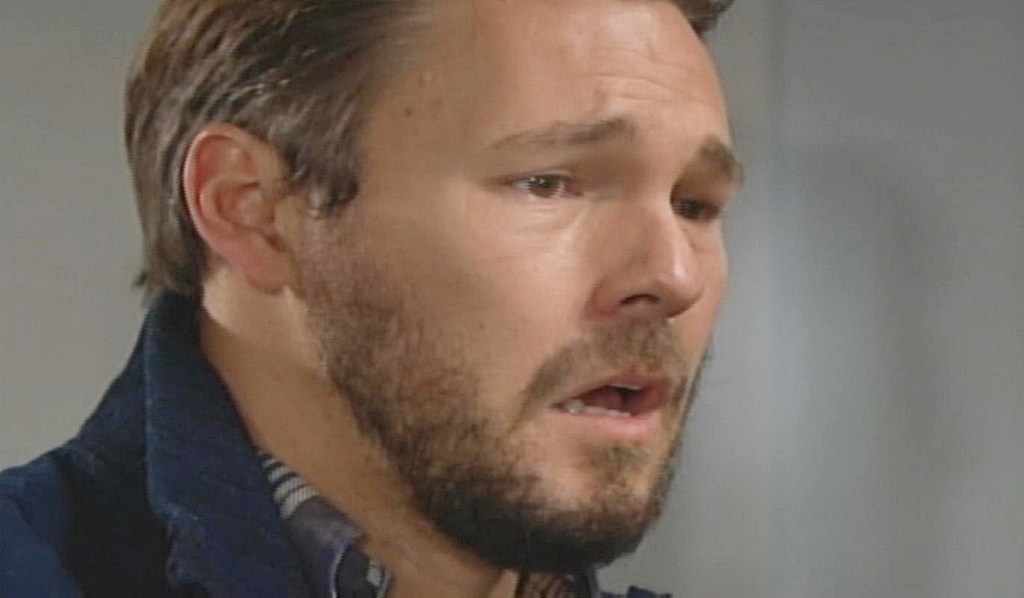 At the hospital, Steffy tries to reassure Ridge who is panicking over Thomas not having woken up yet. Ridge looks at Thomas lying unconscious in the bed and wonders how this happened. They urge him to fight and assure him he’s not alone. They leave his room and Ridge paces the hospital as Steffy reminds him they’re doing tests. Ridge is frustrated and wants to know what’s wrong with him. Finn appears and relays Thomas suffered a subdural hematoma and has been having seizures. They’re giving him medicine to try to control them. They need to do more tests and surgery may be necessary to relive the pressure on the brain. Finn leaves and Steffy tells Ridge that Finn mentioned Thomas hit his head during an argument with Liam. Ridge harps about Liam being unable to just let it go. Steffy blurts she can’t believe Liam saw Thomas and Hope kissing. He wonders if it’s the end of Hope and Liam as Steffy shushes him. Suddenly, Liam and Hope arrive. Steffy’s jaw drops as Hope asks, “Steffy, how’s Thomas?” Ridge and Steffy fill them in on the brain bleed and seizures. They’re stunned when Hope describes finding Thomas yelling at the mannequin in his apartment — he slipped into a delusional state and believed it was a real version of her. Steffy and Liam exchange panicked glances as Hope talks. Ridge assures Hope she did right by Thomas. Finn appears and reports that Thomas is getting worse and has to be rushed into emergency surgery. Steffy blurts, “Could he die?!” 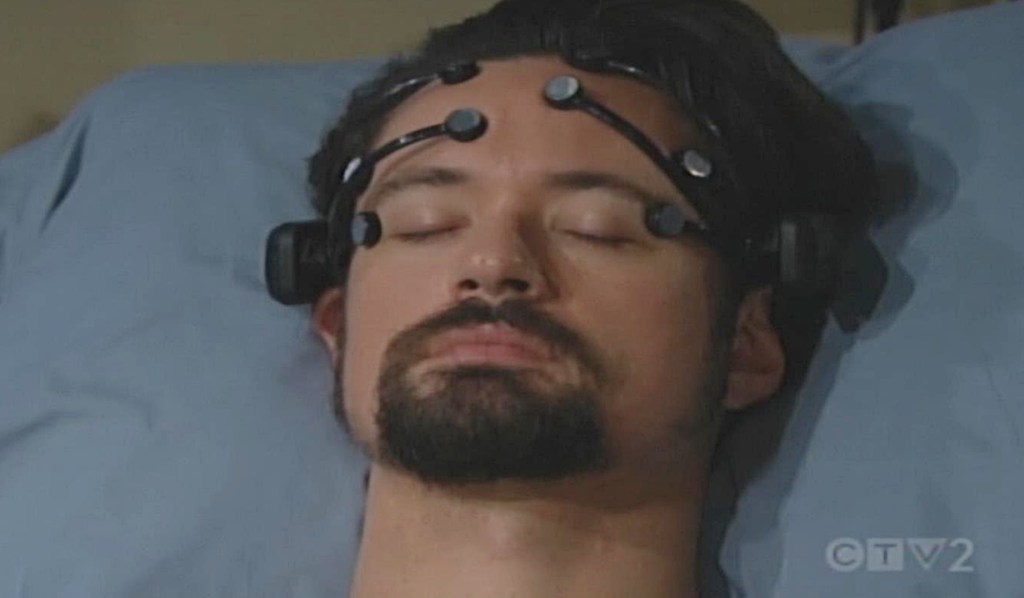 At Forrester Creations, Zende’s pleased to have the gorgeous Paris keeping him company while he works. She marvels over her sister actually working there after everything that happened with their dad. Zende remarks on Thomas returning to the team also — he seems to be doing really well. They go over Zoey proving herself to everyone since the baby secret came out. Zende feels her father should never have put her in that position. Paris knows her sister regrets it and is happy for her now. Talk turns to Zende’s family and his return from overseas. He hopes to hang out with his cousin Thomas more. They remark on Hope being so forgiving while Liam is still guarded. Zende believes Thomas has turned a corner. He recalls how Ridge rented out a theme park for Thomas’ 16th birthday — it was legendary. He offers to take Paris. She’d like that but is nervous on rides. Zende will let her hold his hand. Paris suggests they invite Carter and Zoey. Zende pauses briefly, then says, “Yeah, sure.” He then tells Paris how much he enjoys her energy as she goes. 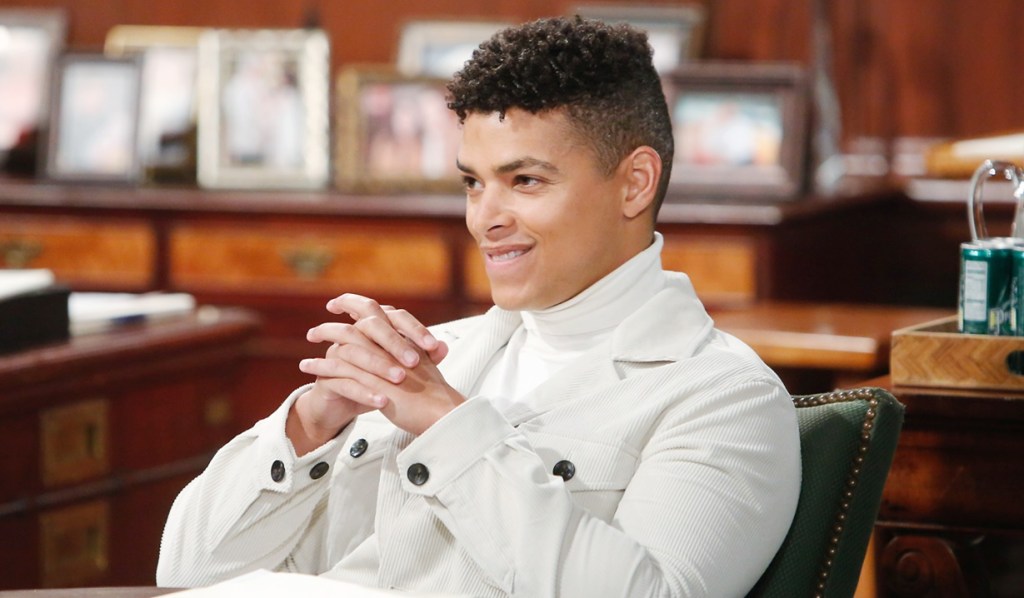 Next on The Bold and the Beautiful: Quinn eavesdrops on Shauna and Eric.

See soap opera siblings like Steffy and Thomas in the photo gallery below. Get your free daily soap-opera fix for The Bold and the Beautiful — and all of the other daytime dramas — delivered straight to your email inbox by signing up for Soaps.com’s newsletter.

Liam Goes From Disbelieving To...