Tuesday, December 1, 2020: Today on The Bold and the Beautiful, Finn shares his concerns, Liam wakes up at Steffy's place, and Ridge checks on Thomas. 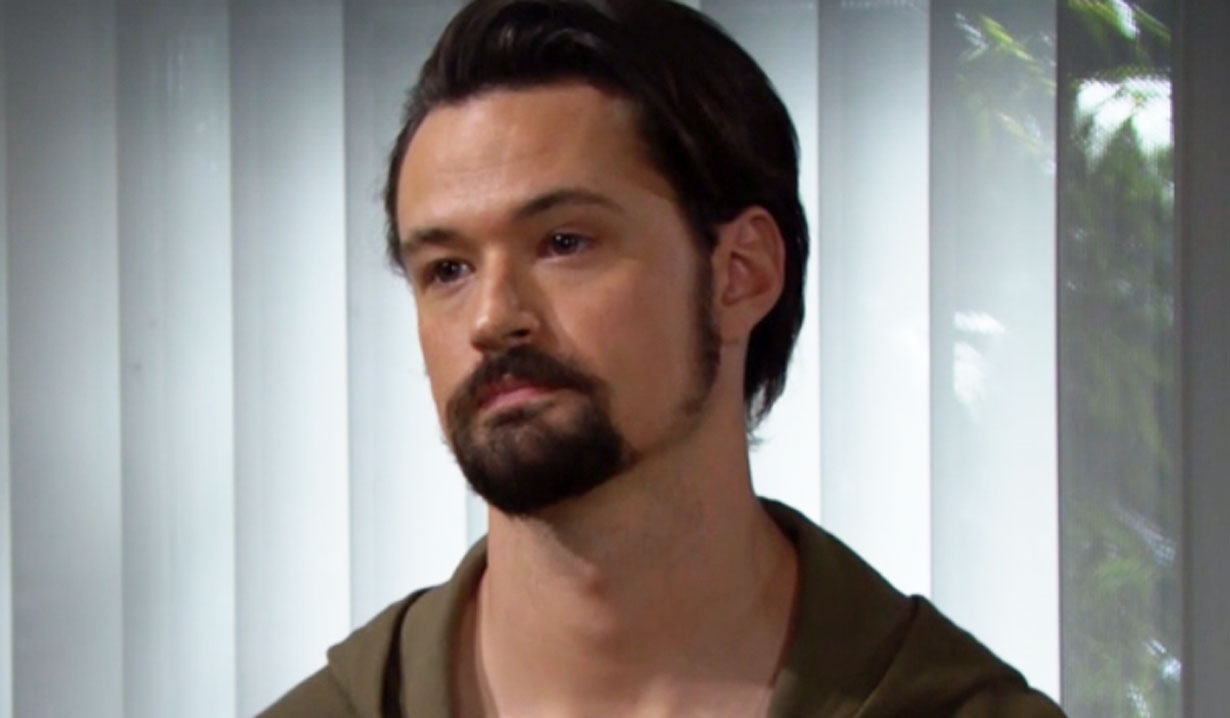 At the cabin, Hope sends the kids off with Donna, then wonders why Liam never came home last night nor responded to her good night text. Finn shows up wanting to talk about Thomas. He explains he spoke to him and feels something is off. Finn adds that he kept rubbing his head and complained of a headache. Hope recalls that Thomas hit his head. Finn’s concerned he hasn’t seen a doctor since head injuries can be serious. He goes over Thomas’ behavior and talks about how a concussion can affect the brain. Hope thinks he’s been steady and focused lately — maybe Finn just caught him at a bad time. Finn replies, “Impossible.” Hope frets as he advises her to be watchful of Thomas and call him if need be.

More: How Liam should have reacted to Thomas

At Steffy’s place, she exits her bedroom, sees Liam asleep on the sofa, and groans as she begins cleaning up their glasses. Liam awakens and says, “So about last night…” Steffy flashes to them having sex and grimaces. Liam asks, “Did we really make love last night.” Steffy confirms they did and adds the big question now is “what’s next?” She asks how he’s feeling. Liam recalls he had every intention of sleeping at the office after seeing Hope and Thomas kissing. They go over drinking too much like old times and Liam muses, “And one thing led to another.” Steffy urges him to talk to Hope. Liam can’t imagine what she’ll say to explain her making out with Thomas. 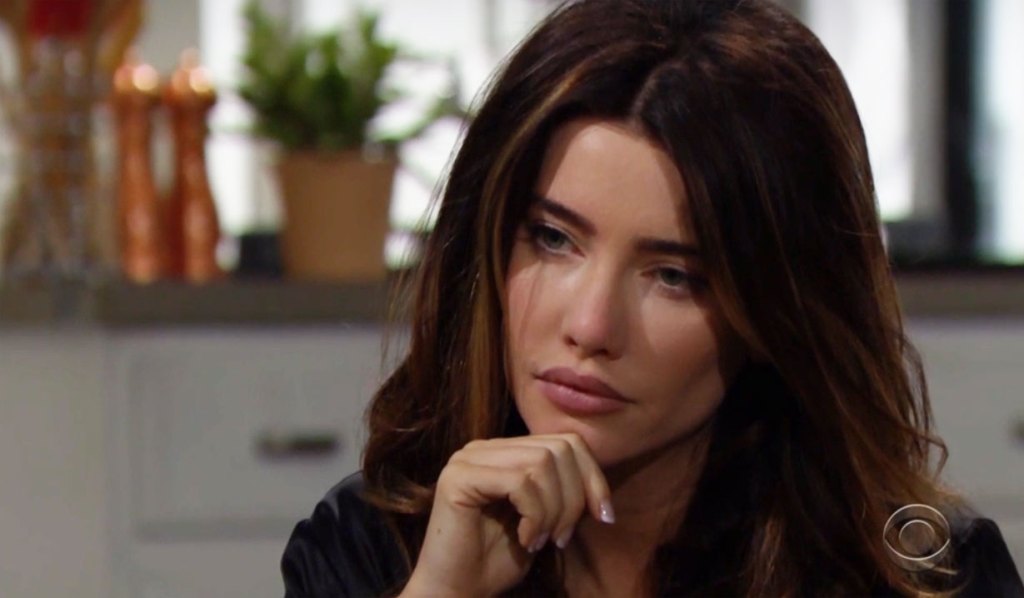 More: Why Steffy and Liam’s line-crossing was bad

At Thomas’ place, he asks the mannequin, “Are you there.” Ridge knocks so he stows her away and lets him in. His father wonders if everything’s okay. Thomas is pleased to know he still worries about him. Ridge relays it will be the same for him and Douglas when he’s grown. Thomas recaps how he used his son, and Ridge advises him to move on from his mistakes; Douglas is happy and secure because of him. Thomas corrects him; it’s because of Hope. Ridge gets red flags when he talks that way about Hope. Thomas thinks it’s okay for him to admire her. Ridge reminds him there’s a line he can’t cross. Talk turns to Liam. Thomas doesn’t understand Steffy and Hope’s view of him but has to accept it. Once alone, Thomas tells the mannequin she has to go. Hope Too comes to life and says Liam’s the one who has to go and intones, “Make Hope yours.” Thomas argues with the doll. He has to earn Hope’s respect. When Liam inevitably screws up, he’ll be there to help her put back the pieces. Thomas yells at the mannequin that she’s not real; he hit his head at the office, that’s when this all started. He hit it again when Liam left. Hope Too declares she is Hope and says, “Take me.” When she starts in on getting rid of Liam, he hollers at her. Outside, Hope arrives and overhears. She walks in to find Thomas shaking the doll and shouting, “You are not Hope!” She tells him to let go of the mannequin. 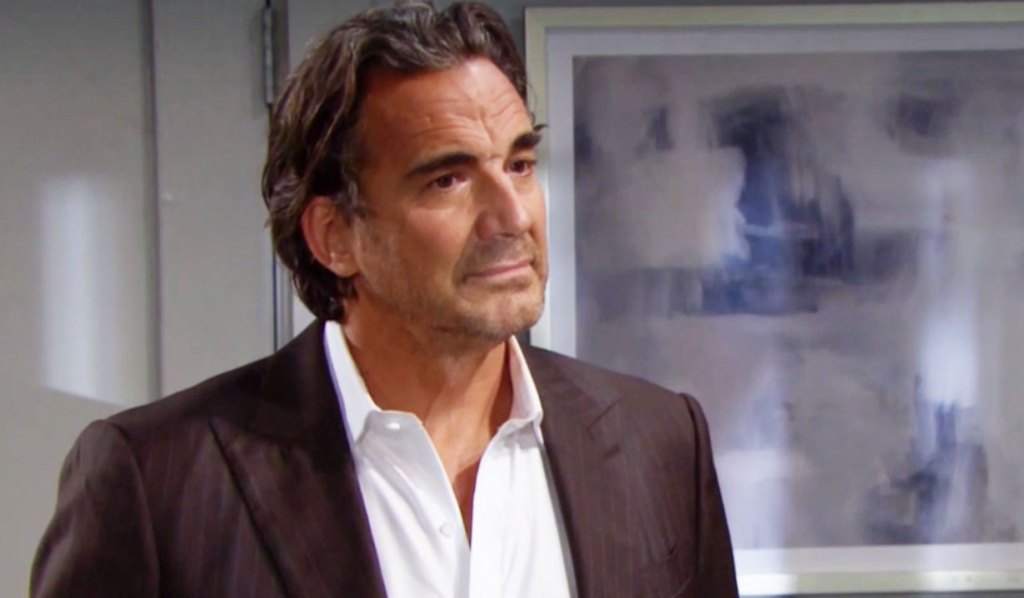 Next on The Bold and the Beautiful, Steffy’s caught between Liam and her brother, Thomas.

See memorable soap opera crossovers in the photo gallery below. Get your free daily soap-opera fix for The Bold and the Beautiful — and all of the other daytime dramas — delivered straight to your email inbox by signing up for Soaps.com’s newsletter.

Liam Crosses a Line With Steffy...

Cinematography Is The Deadliest Job In Hollywood: Death Of ‘Rust’ Cinematographer Halyna Hutchins Puts Spotlight On Safety For Camera Crews